Just a bunch of little updates for the week going into the long weekend here in the states.  I do however want to say thanks for the huge response on the Withings Scale review.  It was by far the biggest day traffic-wise on my little blog thus far!  A great way to kick off the start to the summer.  And I’ve got tons of exciting stuff coming, from reviews of the Timex Global GPS Trainer to the new Garmin Forerunner 110 to stuff from PedalBrain and others.

Last night I had a great conference call with a few Garmin employees, including Jake and a few of the senior engineers and leadership team members on the Garmin fitness device line.  The primary purpose of the call was to get into the details on the new open water swimming feature that was added earlier this week as part of a firmware update to the Garmin Forerunner 310XT.  The update allows you to wear the watch on your wrist during the swim and still get accurate distance measurements. 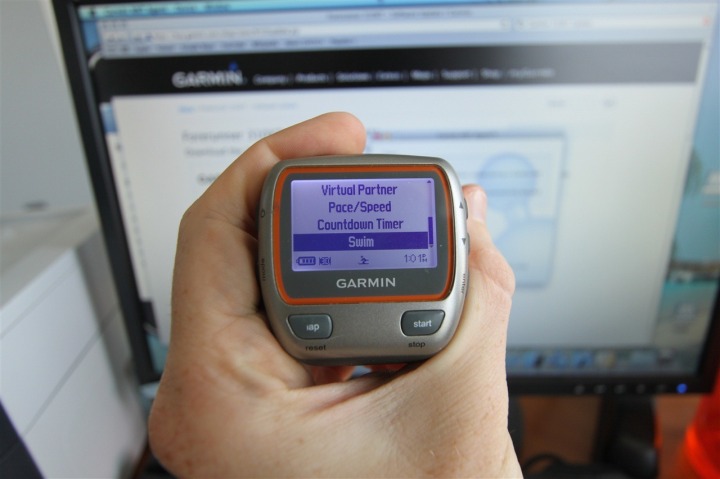 The call went nearly an hour and we discussed a ton of great details and also had a chance to get into the weeds a bit on the new Forerunner 110 watch – which will be quite useful for the upcoming review on that.

We also had a pretty good discussion around some of the issues with Smart Recording on the 310XT (or lack of ability to turn it off).  It was interesting to hear that some of the complaints hadn’t bubbled up to them around this issue, especially given how much interest there is.  It sounds like they are genuinely interested in understanding where Smart Recording isn’t working today – so please leave that feedback!

As for the swim portion, look for an ‘Inside look’ type post early next week on that after I get some open water time in this weekend.

Wednesday night after my swim I headed over to the ‘beautiful’ RFK Stadium to catch a game between DC United and AC Milan.  Like the DC United vs Real Madrid I went to last summer, this was equally as much fun.  And even better was that somehow (beyond any reasonable logic) DC United actually won.  Nobody really knows how to be honest.  That said, here’s a few pics: 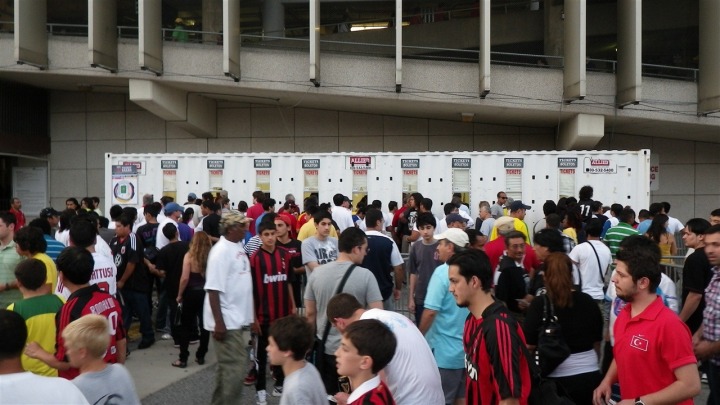 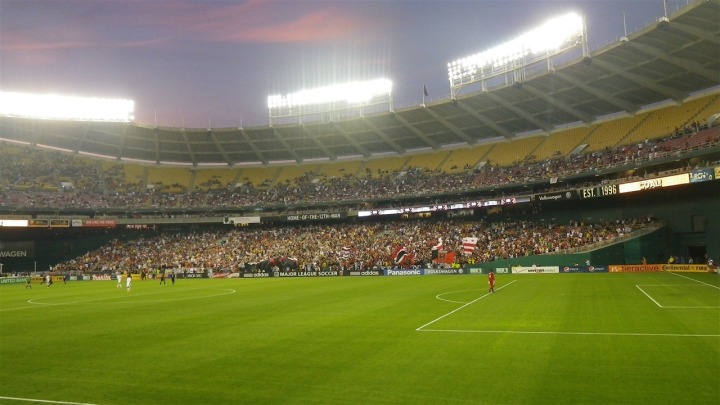 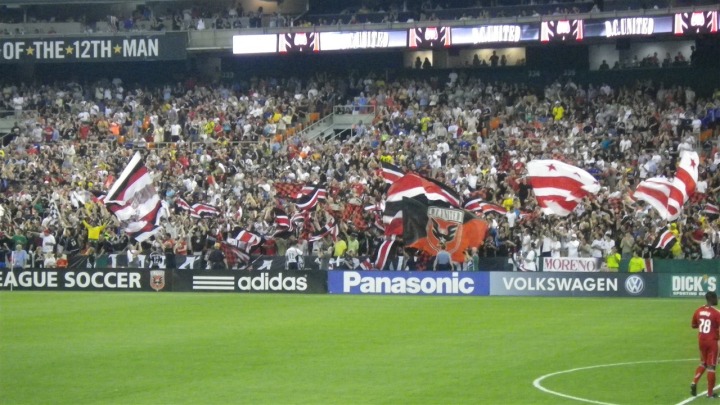 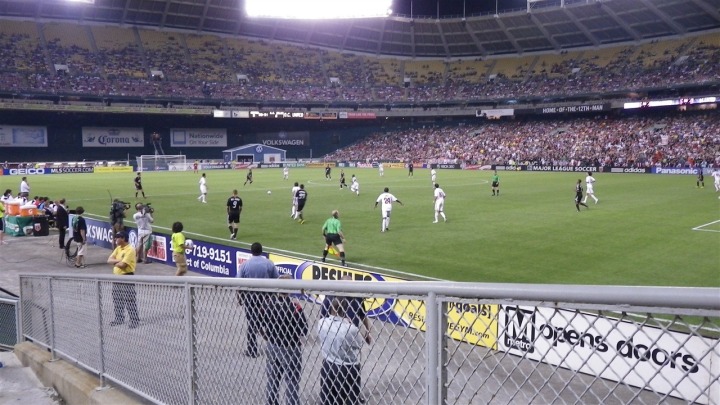 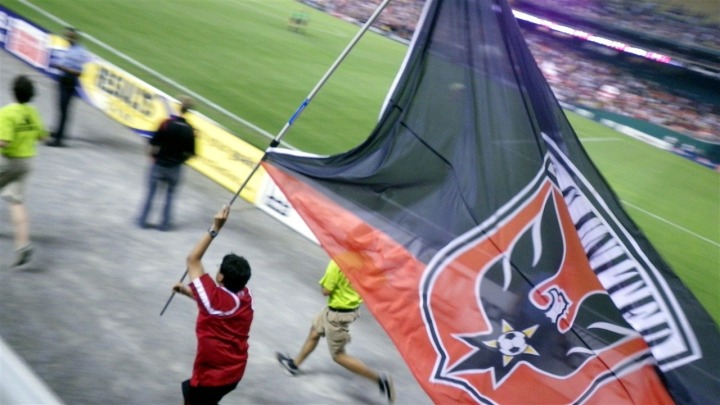 This week has ended up being a bit of ‘The week of the swim’, with me being on track for some 18,000 yards before it’s over with.  But, it oddly enough actually feels good to be in the water so often.  I know that in comparison to some, 18,000 yards a week is still on the slim side.  But, I do what I can.  It will also include three miles of open-water swimming this weekend as part of the Jim McDonnell Openwater Swim weekend.  I’ll do a one-mile swim on Saturday combined with a longer bike/run brick, and then a two-mile time trial on Sunday.  I’m really looking forward to both.

I’m loving the brick because I’ll allow me to get out on the W&OD trail a bit.  I rarely ride there anymore, but it’s where I started doing all of my bike riding back a few years ago when I first got into the sport – so it’s kinda like going home for me.  If you start further out and head towards nowhere, the trail is actually pretty quiet and without many stops.

And I’m looking forward to the 2-mile swim as my swim has improved a bit this year, and since my focus has shifted from long to short, I’m eager to see if I can best last year’s time.

Of course, the weekend shall be topped off with some BBQ.  Or lots of BBQ.  The Girl has officially declared this weekend to be a ‘Buffet of Meat’.  She said it.  Not I.  She likes her BBQ.

I thought it was ironic/funny that I received this in the mail today from my Health insurance provider. 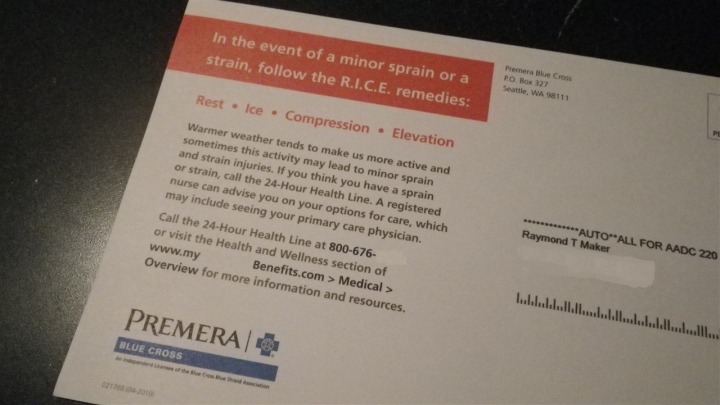 It’d probably be more fun twisting around the words like one of those little Mad Libs books…but I’ll refrain.

While looking for the soccer post noted above from last year, I stumbled into this old post of mine from nearly three years ago.  Probably the most classic picture ever taken of me (when I was still in a high-chair).  There was chocolate involved.  Consider it an entertainment gift from me to you.  And since it was when I first started blogging, I’m pretty sure only about 4 of you have seen it.

And finally…for those that don’t regularly drop-by the actual site…I’ve taken a bird-like leap out of the tree and into the world of Twitter.  I’ve actually had an account for a fairly long time, just a follower of various Sports Technology companies.  But now I’ve started to tweet a bit here and there. I’m still working to figure out exactly what I’m going to tweet – but it’ll probably be a similar mix of content to what I do here, just much much much much shorter.  You can follow me on @dcrainmakerblog

Thanks for reading, and have a great (long) weekend all!