On Friday it was time to depart the Maldives and begin our journey home.  So we packed up our little villa and then headed out to catch the seaplane.  But before leaving, The Girl lined up her complete collection of bathtub and stuffed animals that she managed to get along the way.  Almost every hotel we stayed at had little ones that they left in the room.  The Conrad Maldives actually gave us a different one every night.  Kinda impressive. 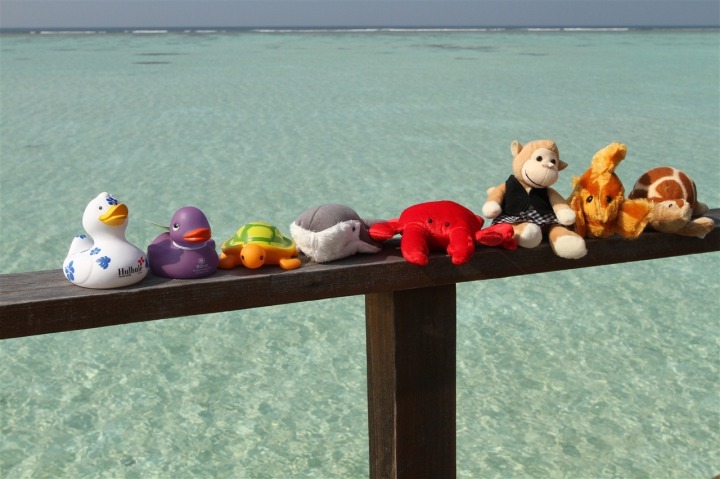 After the creature lineup…it was time to leave: 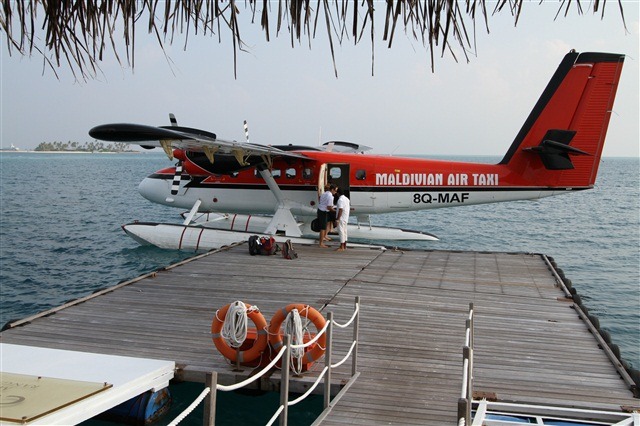 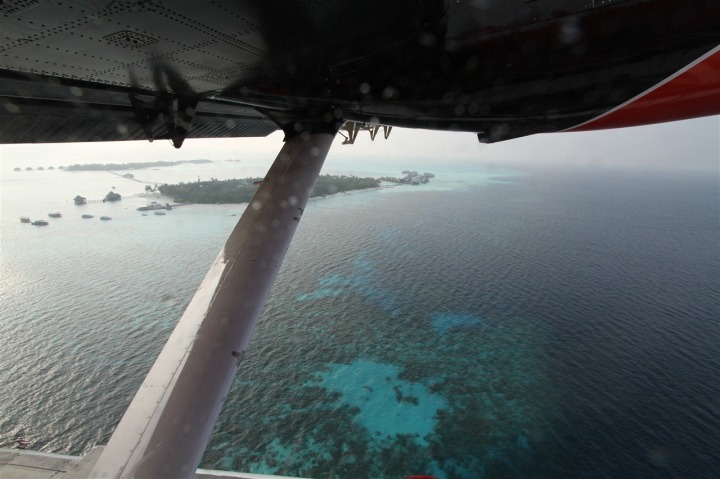 (That’s the island above)

Unlike the flight to the island, for the flight back to the main island we still had a good amount of daylight, providing for a great view along the way. 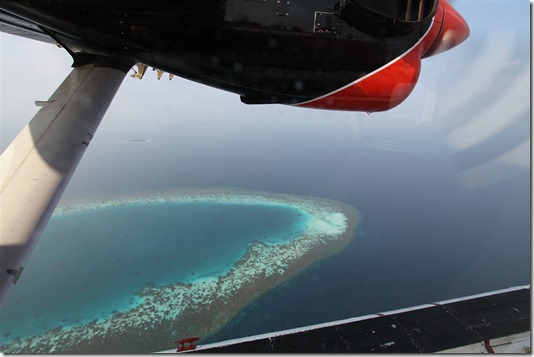 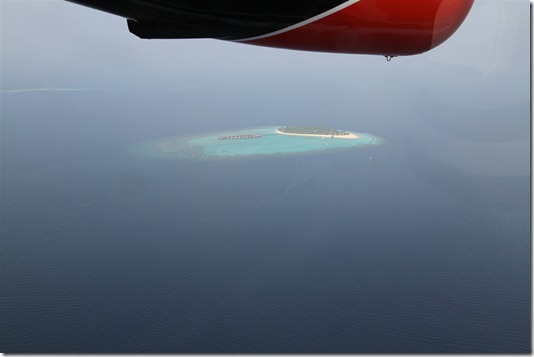 We arrived at the seaplane airport, which is attached to the main airport island, around 5PM.  This left us with about 6 hours to kill before our flight to Singapore.  So we took a quick 7 minute and $1US ferry boat ride across the channel to the capitol island of Male. 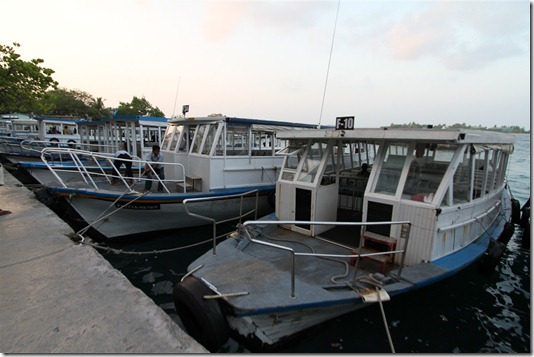 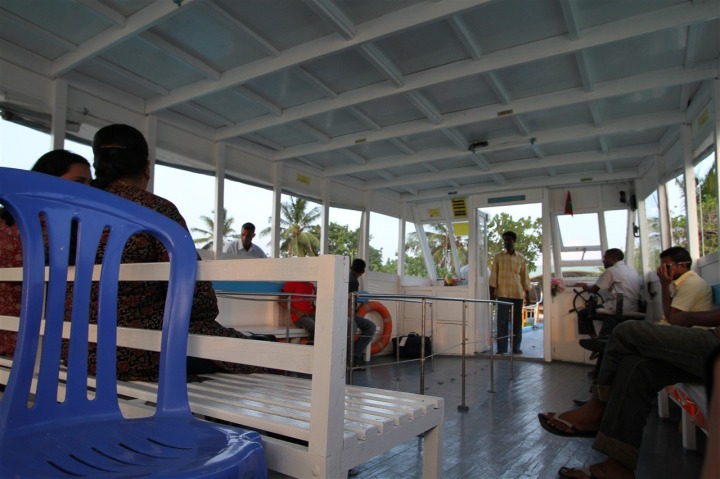 Oh, here’s a shot I took just prior to landing, of the island of Male (where we took the ferry to) – and the second pictures shows the airport island.  You can see how every last inch of space is used up. 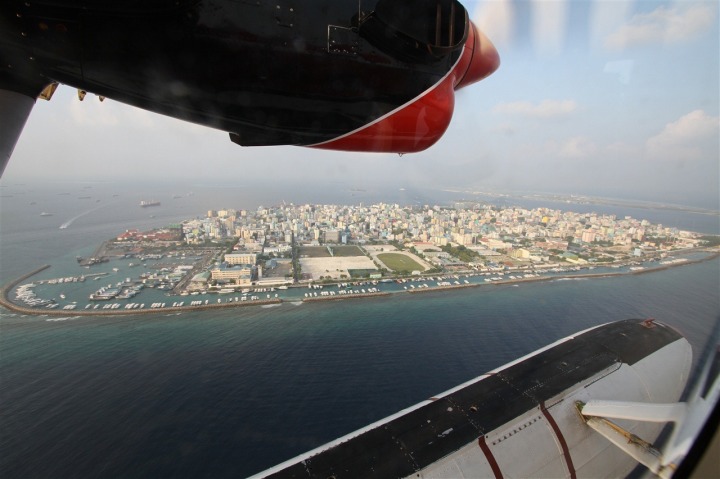 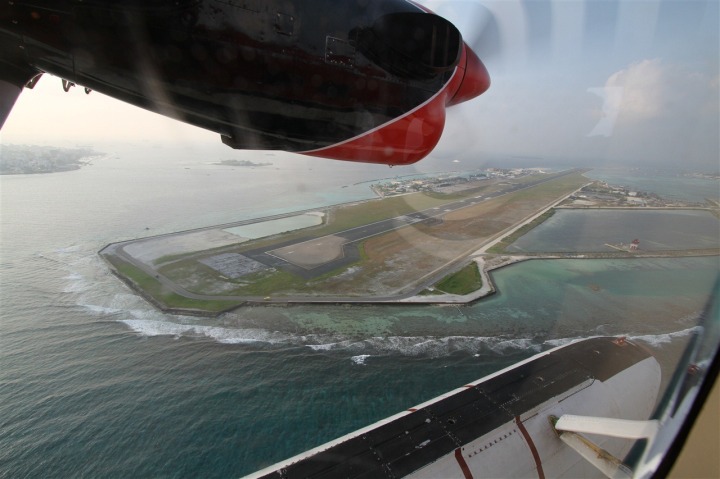 Once on the ground we immediately proceeded to find food.  Glorious food. 🙂 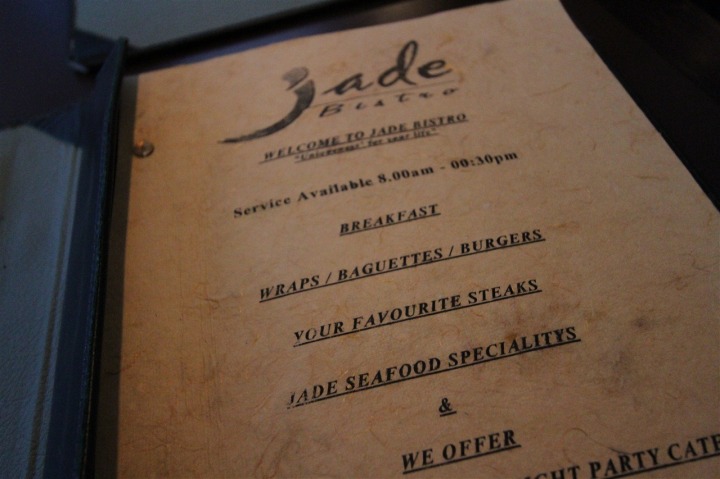 After food we had a short 27 minute guided tour of the island via foot.  Here’s where their President lives: 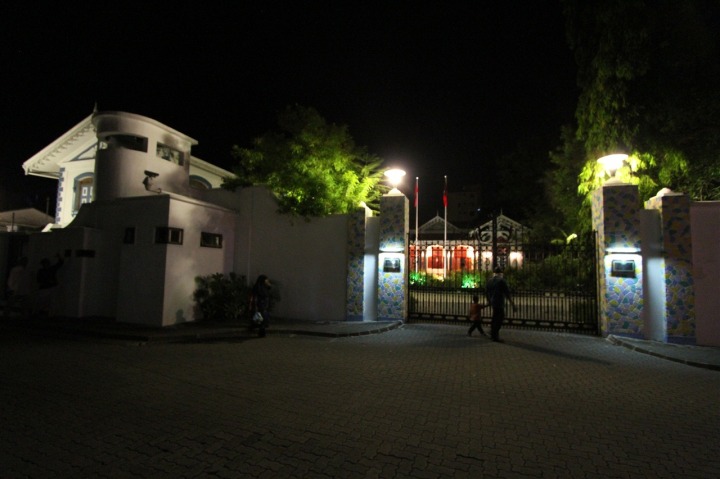 And here’s one of the largest Mosques, supporting some 1,500 people inside. 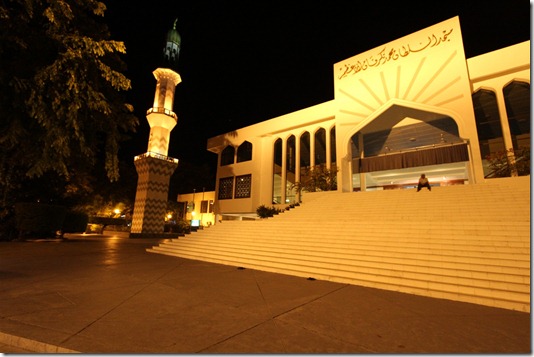 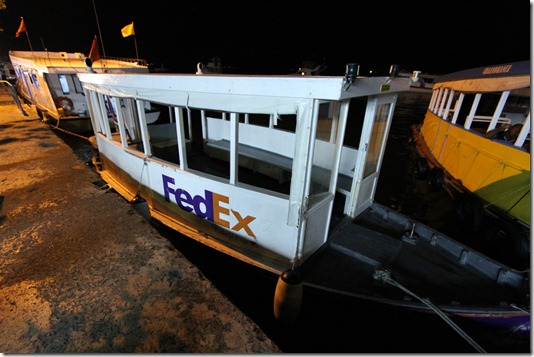 After that we took the ferry back to the airport island for our first flight to Singapore…and then landed in Singapore about 4 hours later.

Unlike last time, we only had two hours this time (this would actually be out third visit through Singapore this trip, I sorta omitted our last layover), so we just wandered around the airport.  And I took pictures of our next plane – the Airbus A380. 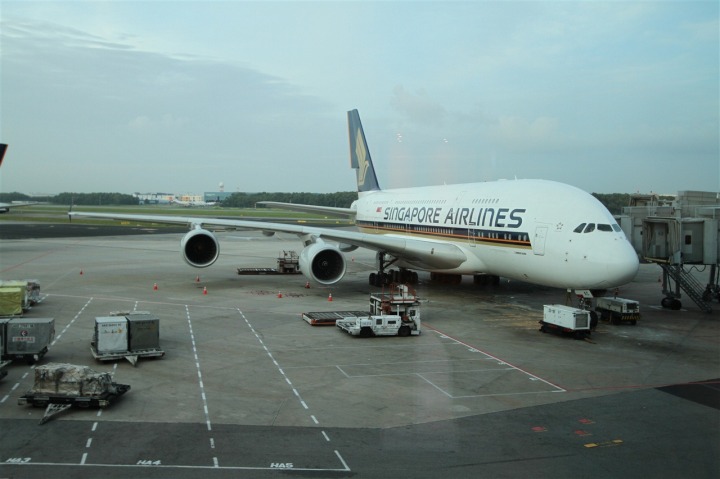 It would be the first time I’ve ever flown on the A380 – which is the largest passenger aircraft in the world, a double-decker the full length of the fuselage. 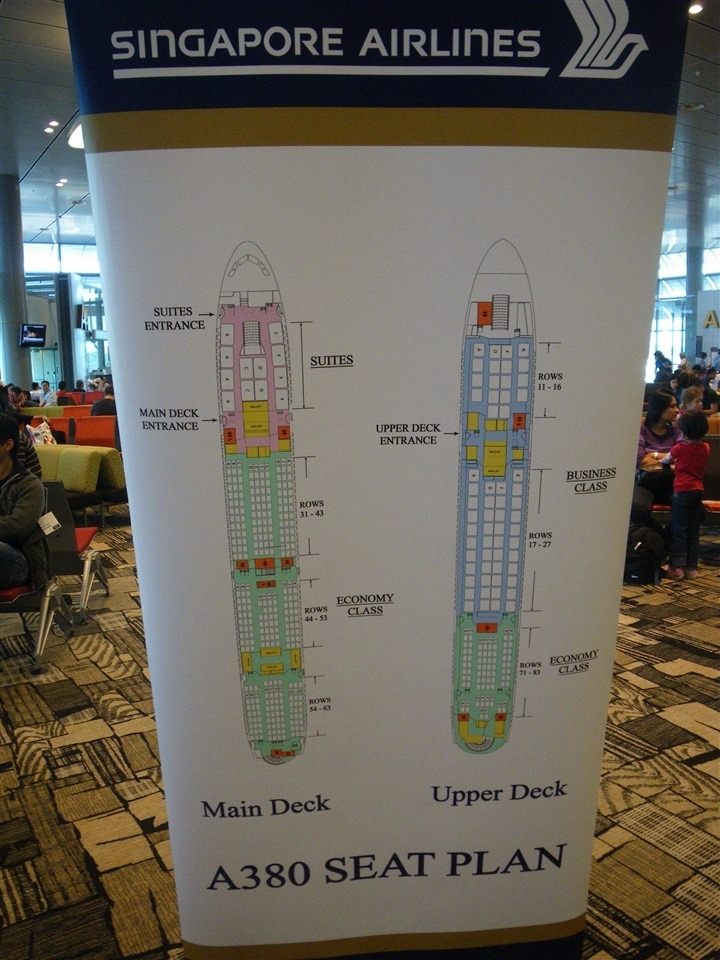 We were on the upper deck…albeit in the very last row…and in the center.  But, because of the curvature at the very tail end of the plane it meant the center section was only two seats wide, and we had the entire two seats to ourselves (it would have been awkward to share with others).  Behind us past the galley was the stairs to go down to the lower deck. 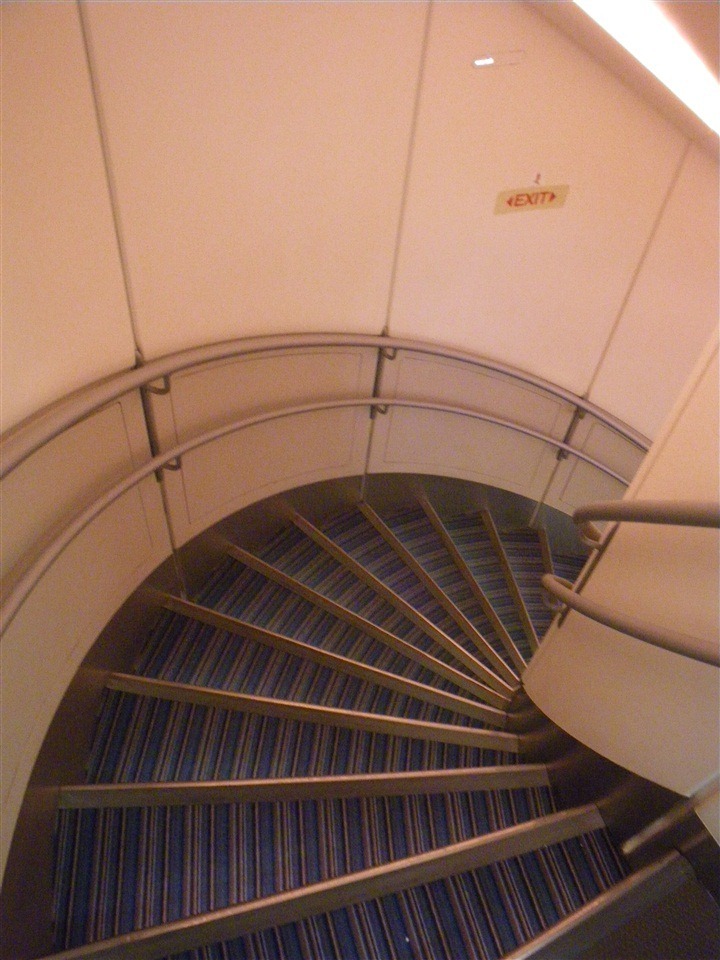 I loved the emergency information card.  It pretty much looks like a big theme park ride: 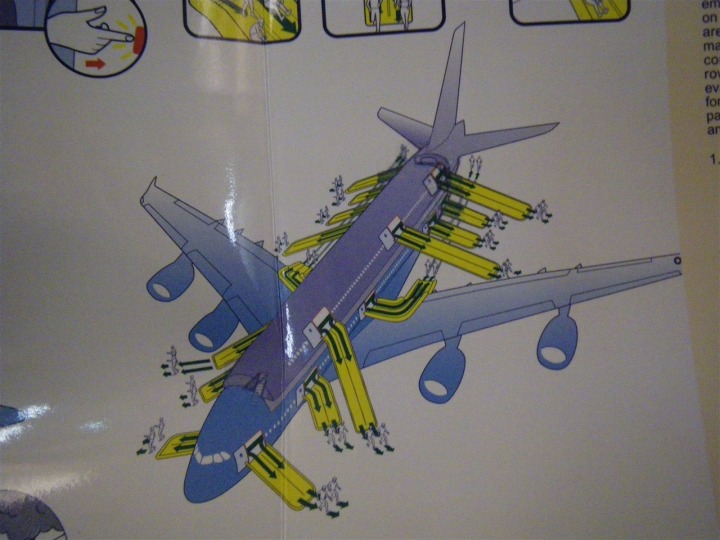 A little over 3 hours later we landed in Hong Kong where we’d spend about 20 hours before finally catching the last set of flights home.

While I’ve been to Hong Kong probably half a dozen times, it was the first time there for The Girl.  So we set off for a whirlwind tour of all the major sites and sounds. 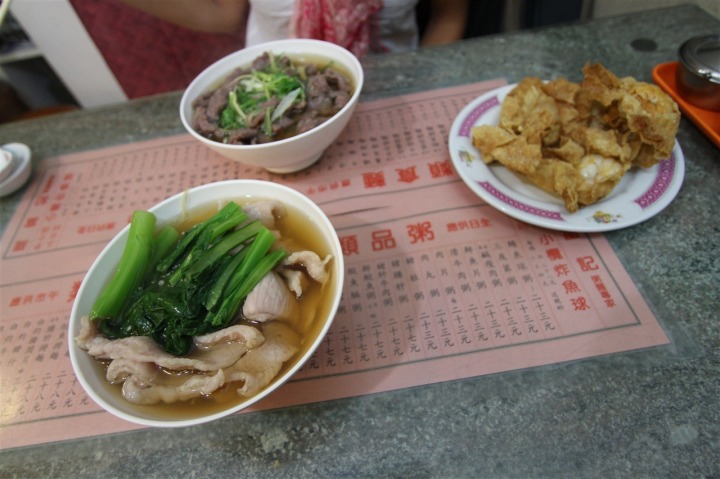 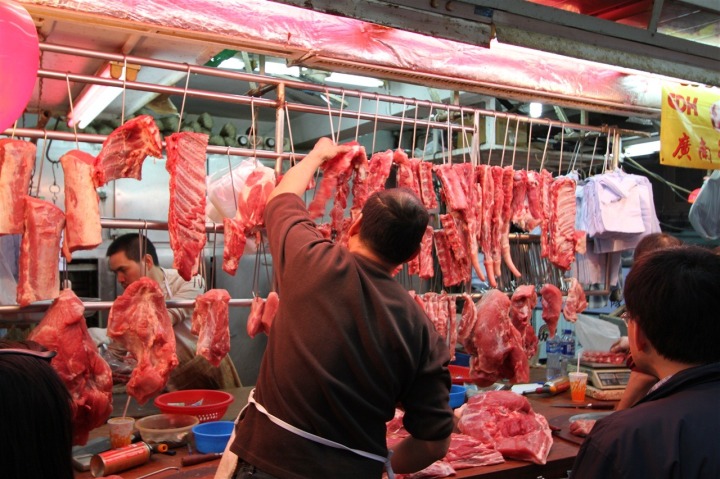 For the vegetarians…see below (massive sheets of tofu). 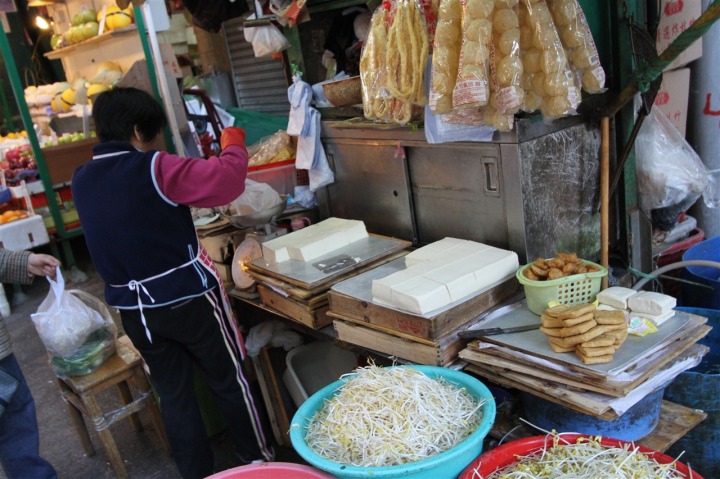 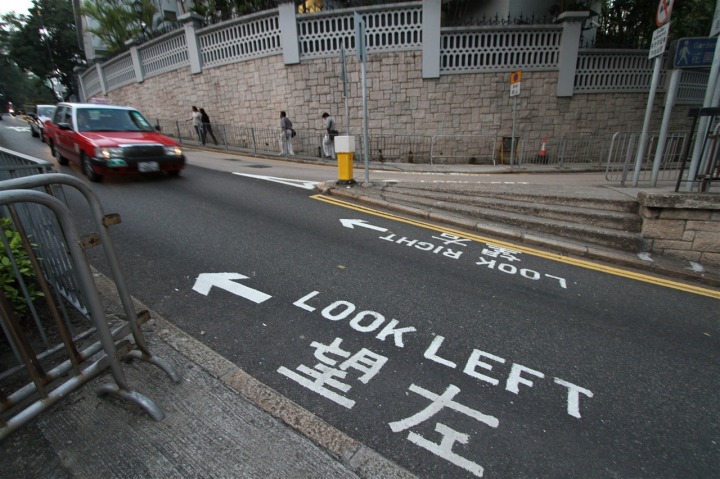 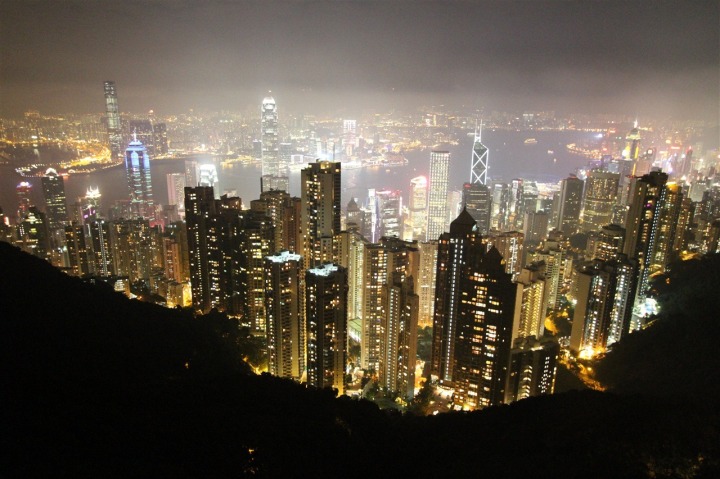 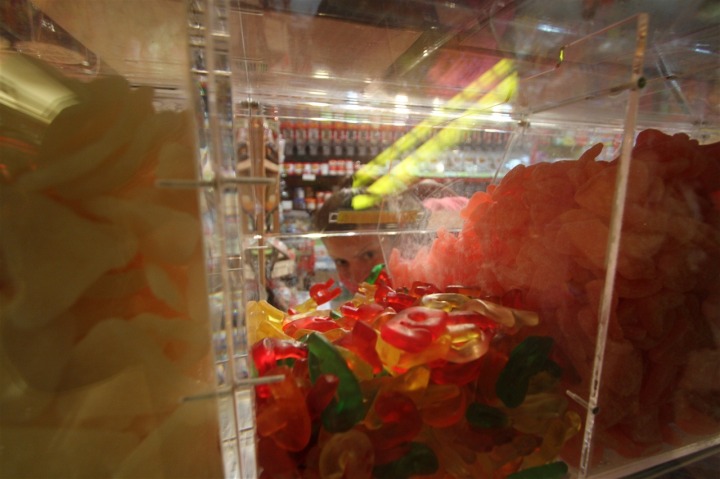 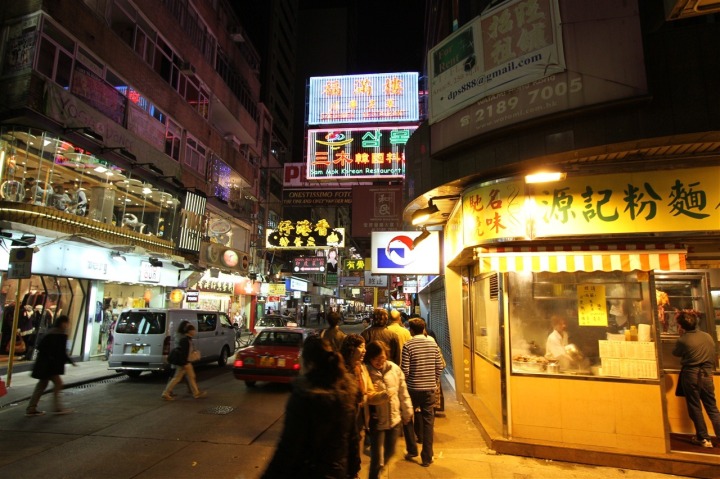 The next morning around 9AM Sunday (Hong Kong time) we caught our first flight to Tokyo, which took about 3-ish hours. 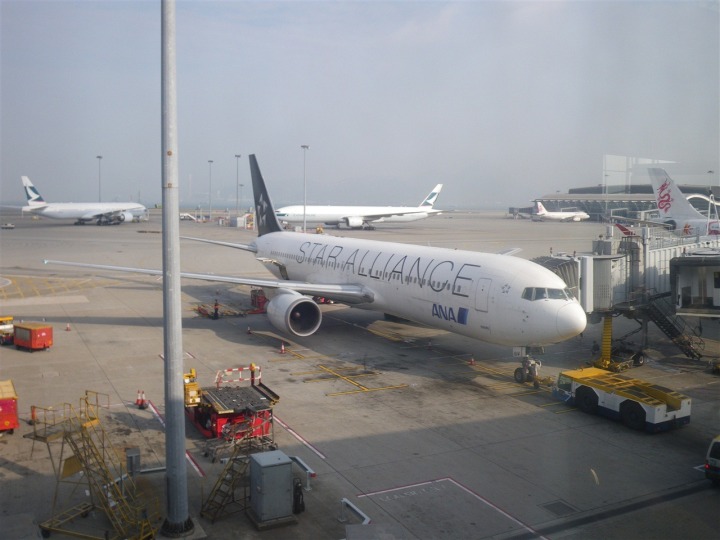 There’s nothing like umpteen layers of sushi for breakfast. 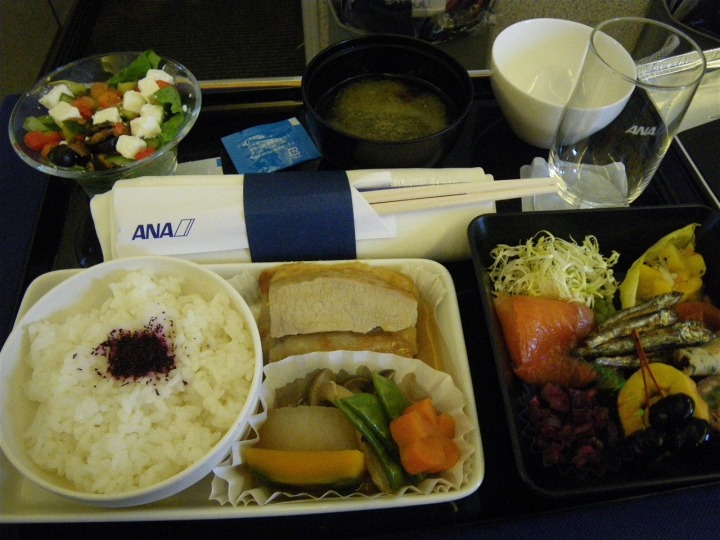 After a very brief time in Tokyo we boarded our last flight (nonstop) to Washington DC (at 4PM Sunday, Tokyo time). 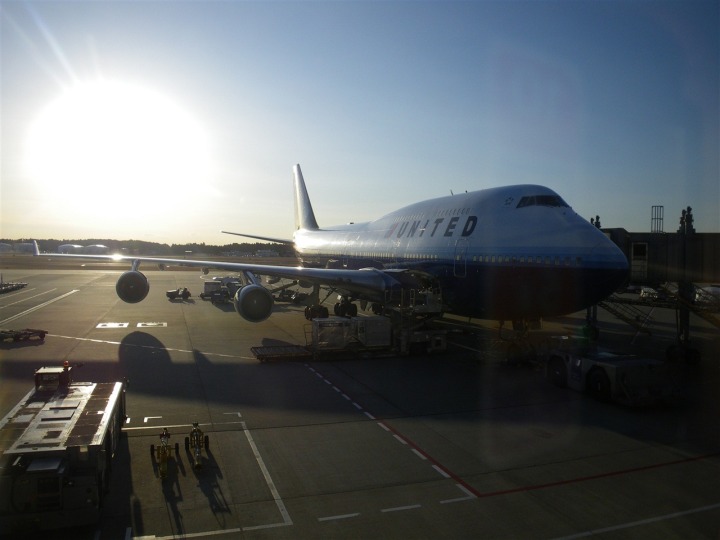 After finding our seats upstairs on the 747 I went to the bathroom which happened to be near the cockpit.  I asked if it was alright to take a quick picture.  They were super friendly and happily said yes.  Then, they asked if I’d like to get a picture in the pilot’s seat.  Woot! 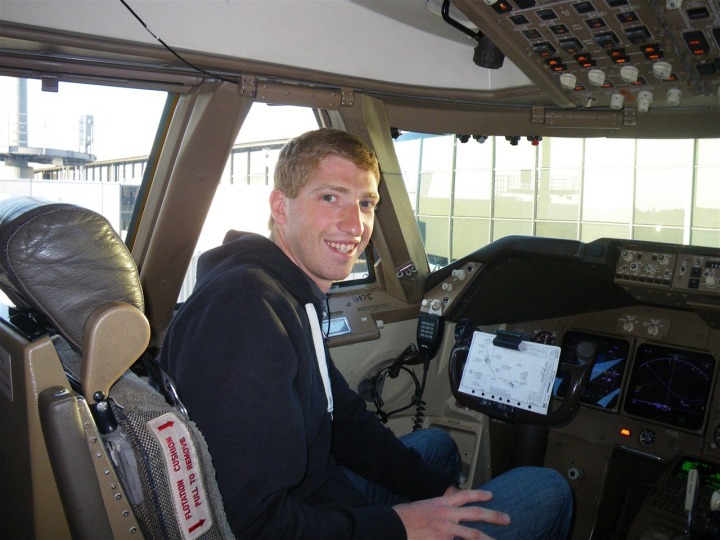 Upon deciding I probably wasn’t the best man for the job, they took back over and got us out of Japan and onwards the Arctic Circle.  After 12 hours and 54 minutes of flying…the 747 gracefully touched down in at Dulles International Airport…and our trip was over. Due to the magic of the international dateline, we landed two hours before we started, at 2PM Eastern Time…somehow getting in over 30 hours out of January 10th.

Thanks all for following along on my travels!

Oh, as a quick aside – I got a ton of questions along the way as to what photo/video equipment I used.  So I put together a quick page listing everything I had with us, quite a list actually.  Though not as big as the 139GB of photos…almost 13,799 of them to be exact.  Yikes.