Gambling at the track

First, it was off to San Fran on an early Tuesday morning flight.  After landing, I ping-ponged back east again over the Sierra Nevada mountains. 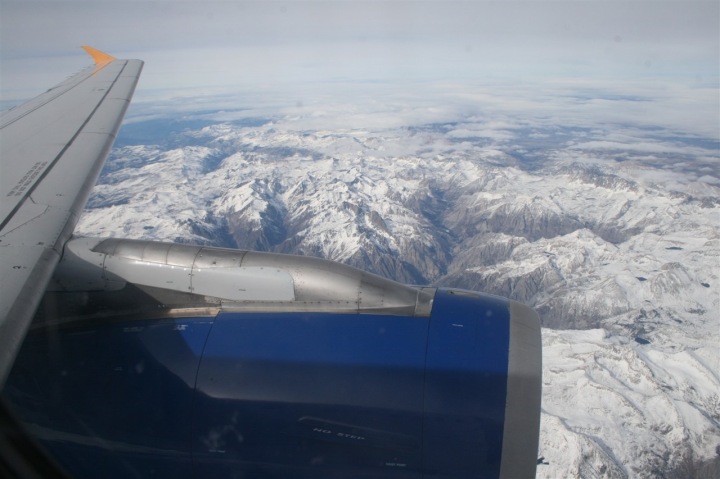 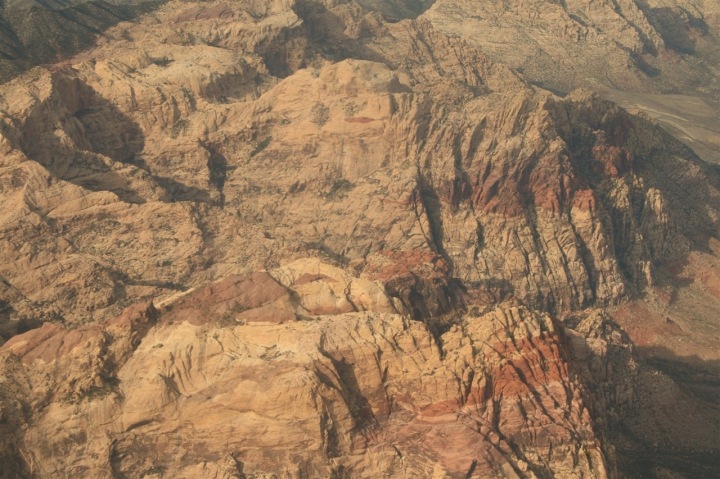 And after a big ole’ loop around the city, we lined up to runway 7R and glided over the end of the strip before touching down…in Las Vegas.

My workout for the day was a relatively short track workout, only about 9 miles (compared to the usual 13-15).  So I figured I’d just take care of it when I got to Vegas.  The only problem was finding a track.

I did some initial reconnaissance using satellite imagery, looking for the telltale oval.  There were only a couple anywhere near the strip (within a 10 or so mile radius).  One at the University of Nevada Las Vegas (UNLV), and another at some random school.  Given my two choices, I went for the UNLV track. 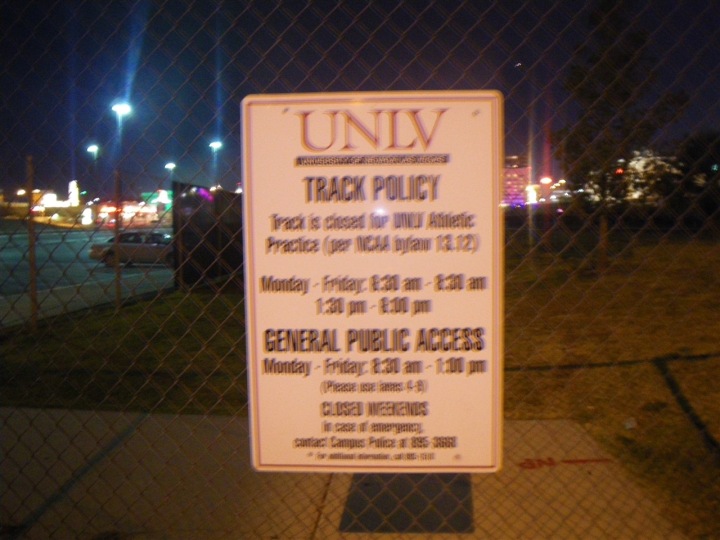 That…however…was a mistake.  At was at this juncture I wish I just had woken up at 4AM or so and simply taken care of the workout in DC, but alas, I didn’t.  I also found myself in more a less a deserted area near the athletic fields.  I decided to see if I could make some lemonade from the lemons.

I scoped out a perfect half-mile length, which was exactly 1 mile round trip – just what I needed for my mile repeats.  And then I measured out a few 100M and 200M segments for the various parts of my track workout that required them.  Before I knew it, I had myself a little track venue…well, one that looked kinda like a starfish anyway.  I had 400M chunks figured out.  I was good to go!

Here’s my work of art.  The yellow line is where I did my mile repeats, the blue line is for 200M sprints.  And the 100M and 100M Grass lines are for various rest intervals and technique things.  Perfect! 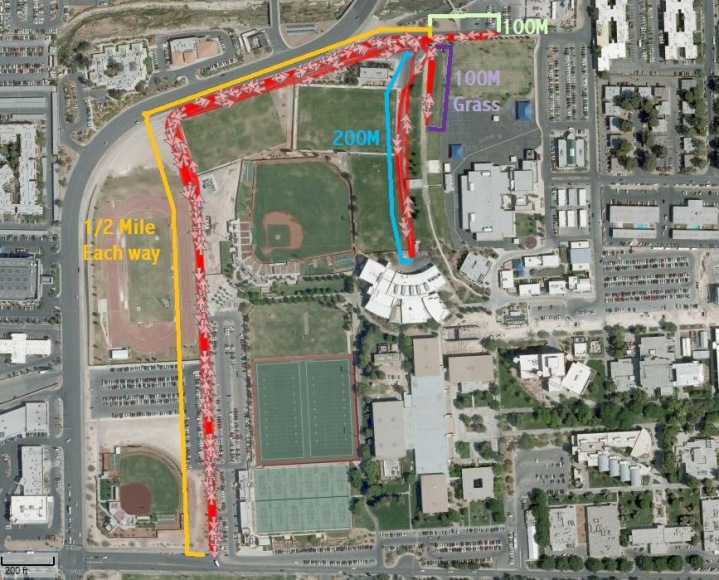 Of course, looking at the above you’d mentally think this happened during the day.  Um…no, it was dark.  It’s that at 9PM apparently.  I figured there were those little blue emergency phones just about everywhere, so at worst I’d run to them if something odd happened.  And I also decided there would be very few people who could outrun me…so I felt relatively safe.

Here’s a high quality photo taken during one of the last interval sets. 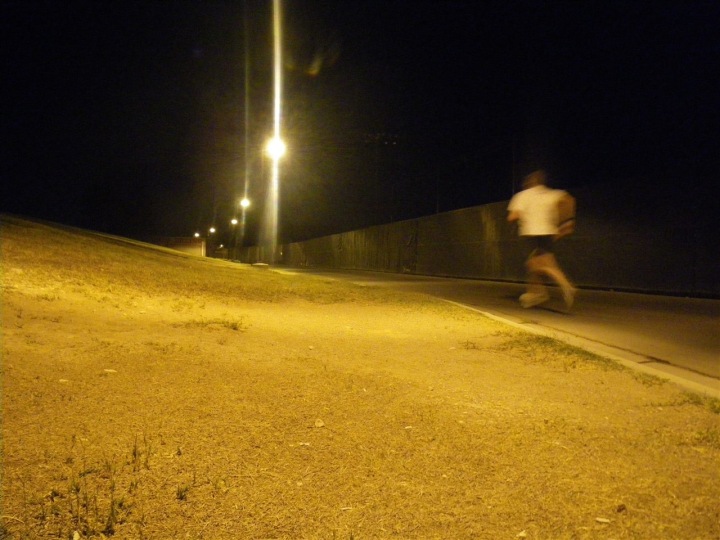 What was funny is to know how close to the Las Vegas strip all this was.  I was only a couple of blocks away.  The spillover of lights easily provided plenty of lighting for my makeshift course.

After getting back to the room and showering, I headed out to go take a few photos (yes, around 11PM or so).  Here’s a few I took. 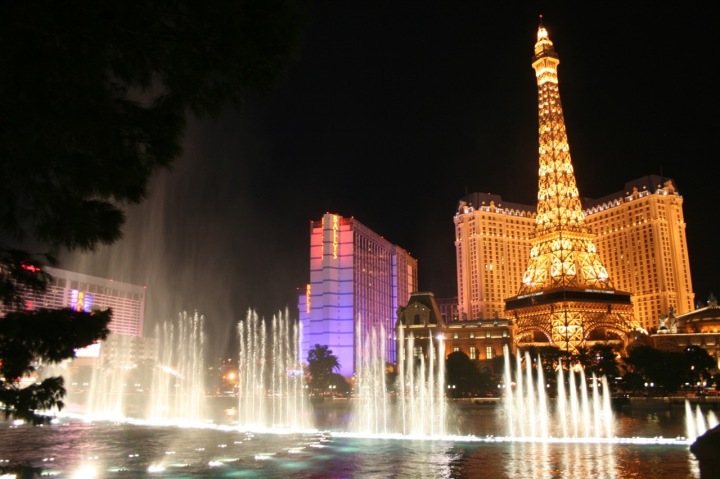 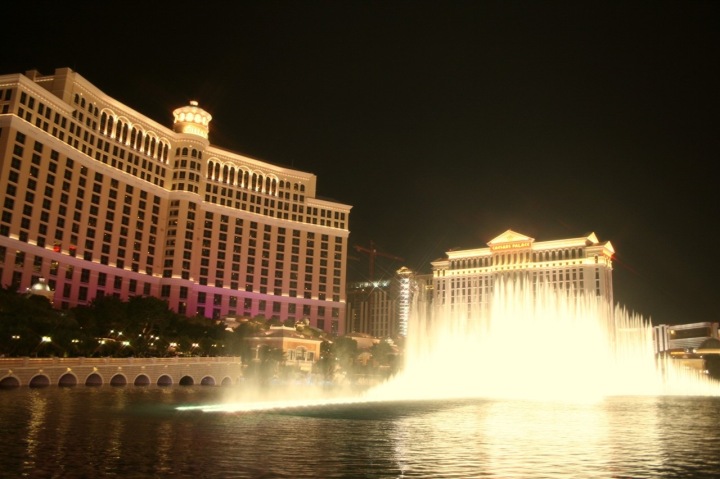 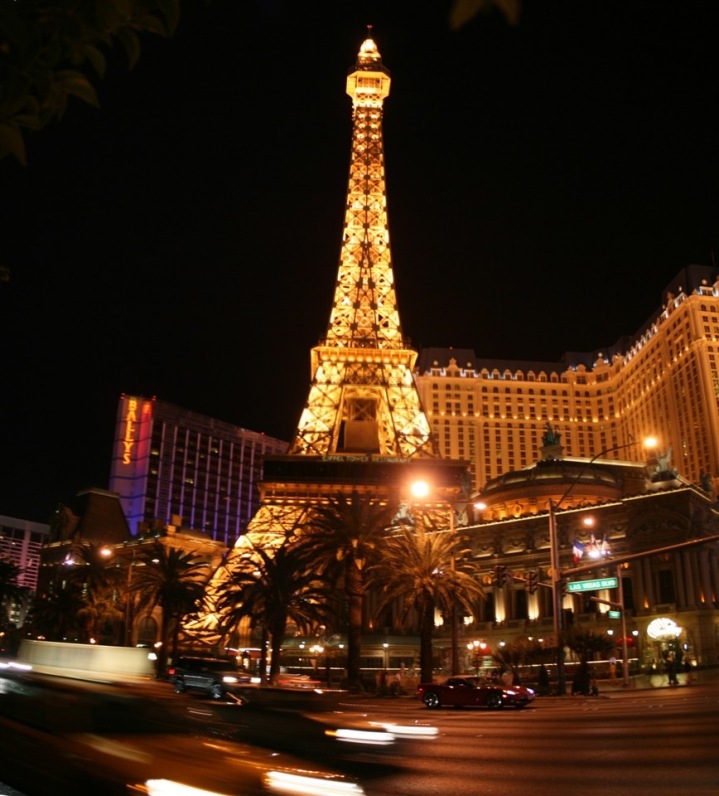 Wednesday brought a full day’s worth of work and lots of standing around and talking (actually, first it brought the (@#$(*# continuous 4:30AM flights of Janet Airlines 737’s, just outside my Mandalay Bay window – 31 floors below).  Anyway…I was actually fairly excited to get into the water.  The only problem?  Finding a lap pool.  My only real choice after much consulting with SwimmersGuide was the 24-hour Fitness place – a gazillion miles away.  It cost $30 taxi to get there, then $15 to swim, and then a $2 bus ride to get back to civilization I could catch a taxi (that was a plan-fail) and then another $23 taxi back to my hotel. 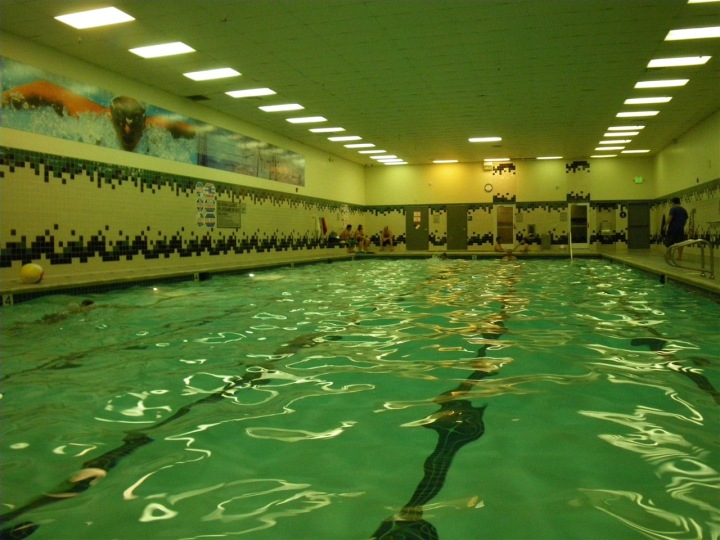 My middle-of-nowhere bus stop experience was efficient however: 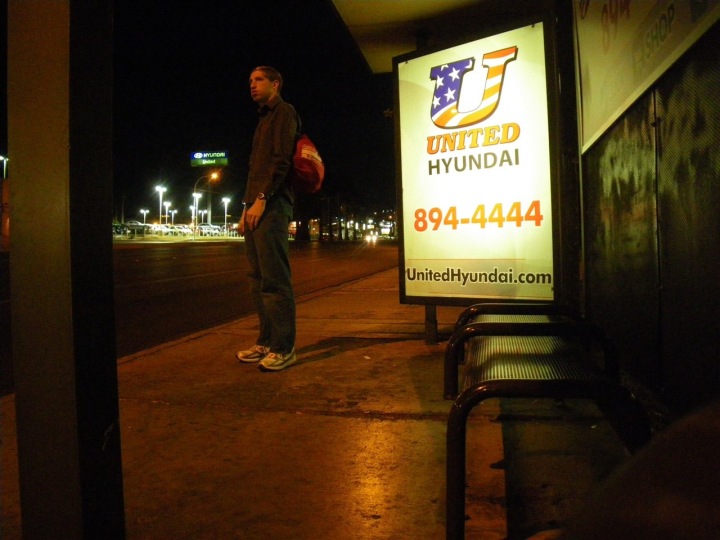 After all that, around 10PM I went out and grabbed a solo dinner at Thomas Keller’s Bouchon.  Great food – as expected. 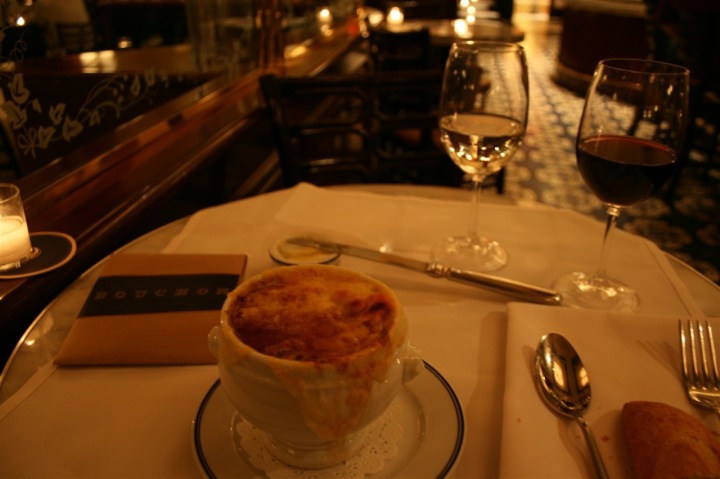 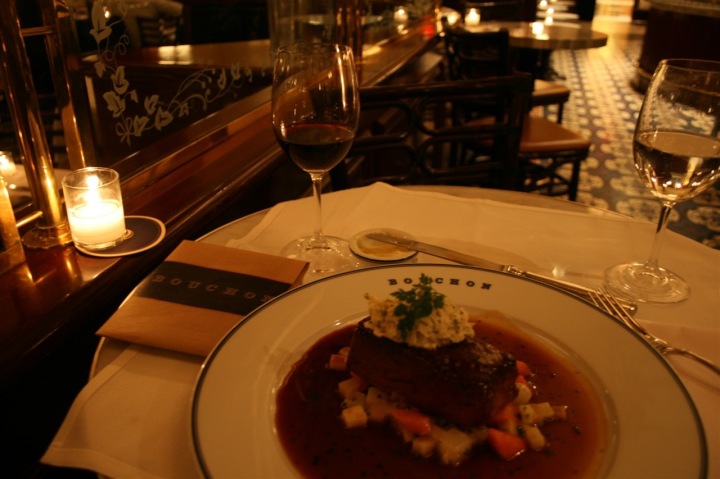