Bike to work with a bagel day

Yesterday was the last day of National Bike to Work Week, and many cities were making it the official “Bike to Work Day” – including the Washington DC metro area.

As noted earlier in the week I had planned to partake in the festivus. However, because there wasn’t really any direct ‘pit stops’ between me and the location I’m working at – I had to choose from a few others in the opposite direction of work. And for those asking why I would stop at a pit stop on a 10 or so mile ride…umm…because they had free stuff?!? Duh.

I had originally planned on hitting up three different pit stops up – ones in Old Town, Crystal City and Springfield. However, when I woke up a little before 7AM and it was raining (just like it was when I fell asleep) – I decided to ax the Crystal City stop off (and crawl back in bed). It was 6-8 miles in the wrong direction and wasn’t a ‘major’ stop. So I instead decided to just do the Old Town stop and then hit up the Springfield stop before swinging to work.

My goal was to time it to arrive at the Old Town stop at 8AM – right when the raffle started (good stuffs like free bike, gift certs, etc…). So I left around 7:40AM and arrived at nearly 8AM. What’s funny though is that due to traffic lights, etc… I can actually run the same distance in the same time (I do this segment every Tuesday).

Upon arrival I found a larger number of folks than I expected given the craptastic conditions. 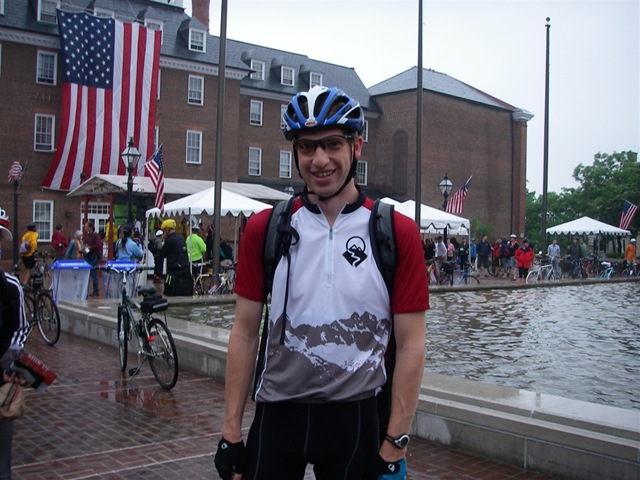 There was also a number of little tents with free stuffs to retrieve. I even got myself a free ‘Bike to work’ t-shirt. And it wasn’t too ugly either. Actually somewhat wearable. 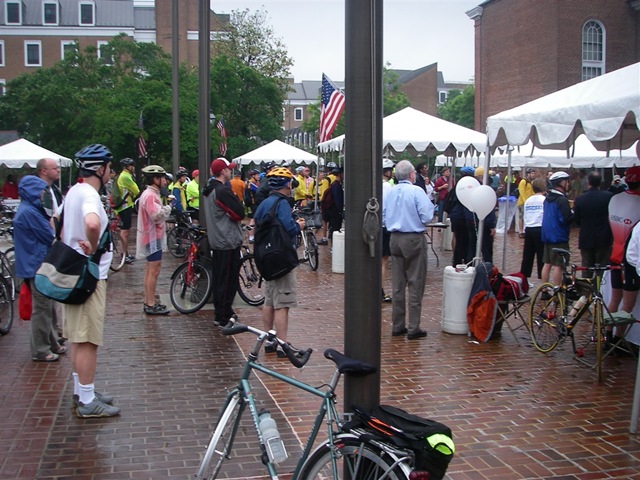 After being declared the ‘biggest loser’ in the raffle, I decided to grab breakfast and head out to my next stop. I went to the bagel booth/tent and got two bagels. But it was starting to rain again, so I needed something to put the bagel in (I didn’t want to open my backpack as my laptop was in there safe and sound and the possibility of water leakage seemed higher). All they had left was plastic gloves. So I used that as a bagel bag. Seemed to work quite well (no powder inside thankfully). 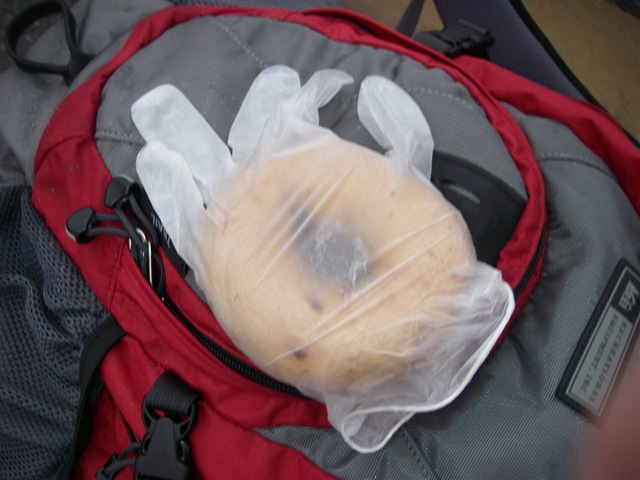 I then had the problem with what to do with the other bagel. So I started eating it – and then put the rest of it on my aerobars to munch on as I went along. Like fast food. Ohh, and MUCH easier than trying to eat a pop tart while riding. 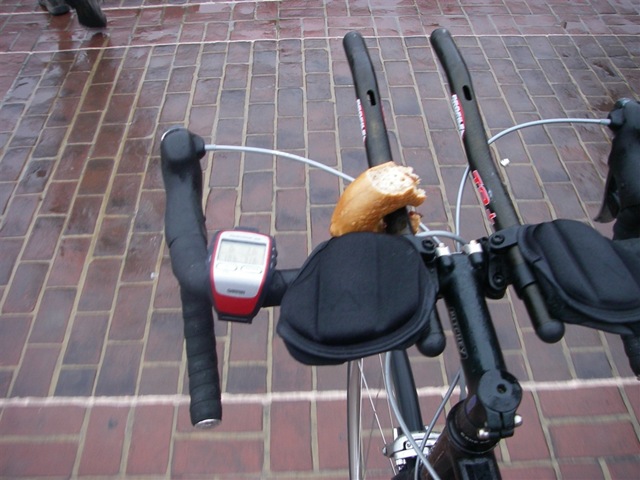 As I was leaving though I found out that the Springfield stop closed at 8:30AM – less than 15 minutes away. Even with a car I couldn’t make it in 15 minutes all the way to the Springfield Metro station. So… I axed that off and just headed to work. I was covered in dirt/grime by the time I arrived at work, and my poor bike (who was all happy and clean) looked even worse. 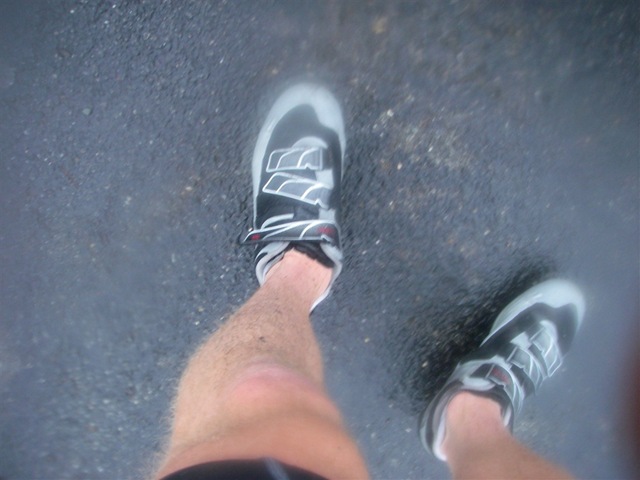 Thankfully my work has showers – and the warm shower felt great.

A number of hours later…

I then had to bike home too (they didn’t cover that part of the “Bike TO work flyers”). Which wouldn’t have been so bad if it werne’t for the still soaking wet clothes (even though I hung them up in a locker). That wasn’t enjoyable.

But upon arriving home I was already nice and warmed up for my 80 minute indoor trainer workout, full of lots of fun and joy. After that I had 15 minutes to clean up and look presentable for a formal dinner/gala/ball night in downtown DC…