In an unexpected twist, Garmin has added HRV Status to the Fenix 6 series watches in last night’s Public Alpha firmware update. HRV Status is a feature Garmin launched on their Forerunner 955 & Forerunner 255 series watches last month, which tracks your heart rate variability values at night while you sleep, and then plots them against your baseline after a calibration period. The idea is you can use it for longer-term trending of how your body may be handling everything from training load to recovery, to alcohol consumption, or testing positive for COVID.

I’ve written quite a bit more about how HRV Status works within my Forerunner 955 review, and discussed it even more in my video tutorial if you want to dig into that section here. HRV of course is hardly new in the industry, either to Garmin or other players. Companies such as Whoop have built entire products around it. Polar has for years included it in limited form within sleep data, and even Garmin themselves has tracked it in various forms over the years, albeit usually not super visible to the end user.

The idea of HRV status is making it clean and easy to see in widgets on the watch when you wake up. For context, here’s my HRV Status data from last night from my Forerunner 955: 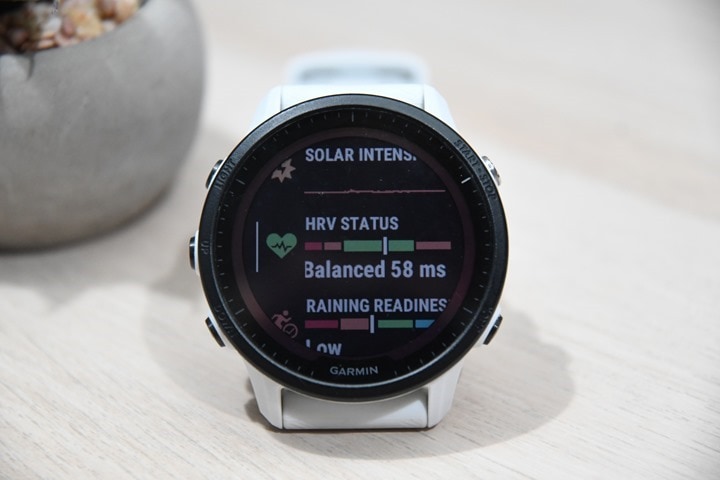 In any case, Garmin previously hadn’t committed (or even hinted/suggested) that it might come to the Fenix 6. Instead, it was only slated to be rolled out to the Fenix 7/Epix series/variants, along with the Instinct 2 series/variants. But, that’s changed.

The most recently posted Fenix 6 public alpha build last night started off with these two line items in it:

(Note: This is for the Fenix 6 Series, Tactix Delta Series, Enduro, and MARQ watches)

That first line is about as loaded a line-item as you can get. While it falls short of including the new Training Readiness feature found on the Forerunner 955 (and in beta on the Fenix 7/Epix series), it delivers the bulk of the HRV Status feature. It also revamps the training status pieces to include Acute Load and other notable FR955/Fenix 7 changes.

After updating the firmware, you’ll see the new training status page, which includes an HRV section. Garmin says that a dedicated HRV widget is coming in the next firmware iteration. In black below is my Fenix 6 Pro with the updated Training Status page (after update, sans-data), while at left is my FR955 showing the HRV Status page the Fenix 6 will soon gain (once I have enough data). 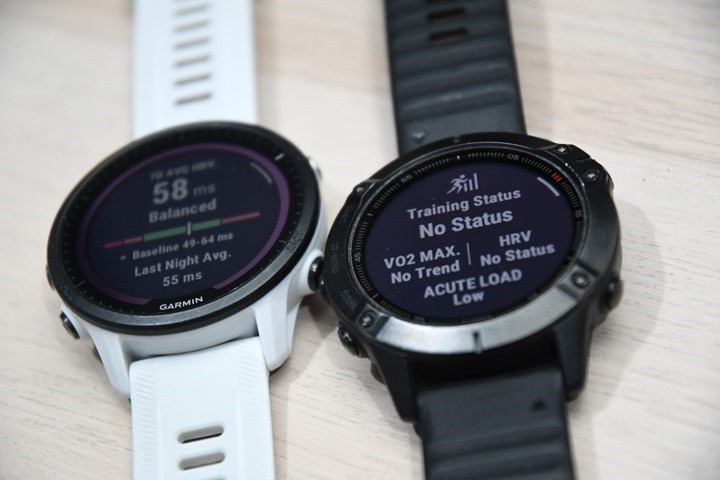 Of course, keep in mind that the HRV Status period has basically two parts to it:

A) Immediate Gratification: This will immediately show your HRV values for last night, including some nifty graphs and nightly average & max values
B) Not-Instant Gratification: After 19 nights’ worth of sleep data, then you’ll start to get the color-coding that you see that says whether your HRV status is balanced or not. It takes that 19 days to develop your baseline. Other companies have varying calibration periods, usually in the 10-14 day range, but with HRV, more data is better.

As with any baselining function, if you’ve done something funky in the calibration period (first 19 days), then your baseline data won’t be as accurate. So if you had COVID during that timeframe, or cycled the Tour de France, or went on a three-week meditation retreat to Bali – then that will initially impact that baseline period.

In any event, all this data gets transmitted up to Garmin Connect, where you can see it on your Garmin Connect account on the website or mobile app – like so:

Garmin says that the HRV here is part of Training Status 2.0, which is why you see the Acute Load bits (replacing 7-day load) and revamped UI. In fact, if you look at the Acute Load option within the Fenix 6, you’ll now see the new green ‘tunnel’ showing your ideal load. Acute load better represents the last 7 days of effort than the previous 7-day widget, because it burns off the older load. Meaning, a big workout 6 days ago is far less meaningful to your recovery than a big workout yesterday. 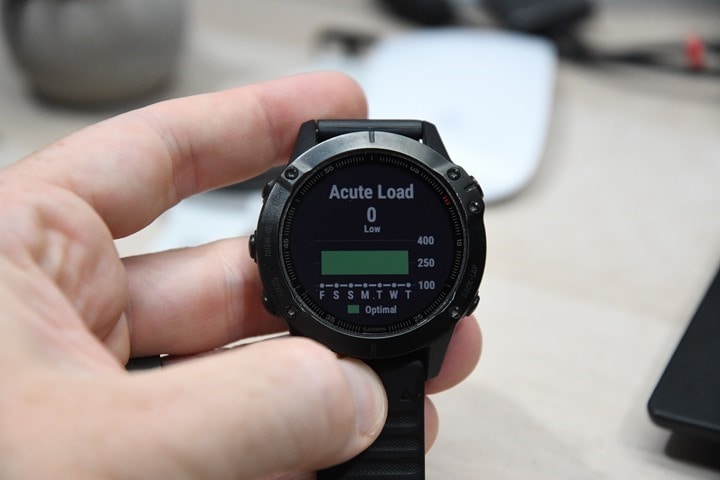 While Physio TrueUp is enabled on my watch, it’s not quite syncing my load over from my other watches, for some reason. Note that HRV Status is not part of Physio TrueUp yet, that’s coming later this year.

So, with all that said, if you’ve got a Fenix 6 and want to join the beta, you can either head to the Garmin Beta sign-up page here and stumble through it. Or, you can read my past post on signing up for the Garmin beta program here.

Because this is the *first* release of the public alpha, this one has to be side-loaded (meaning, copied to the watch from a computer using a USB cable). Whereas once it reaches the official Public Beta stage, then you can go ahead and have it wirelessly delivered to your watch automatically. And as always with any beta or alpha build, be aware that it may do bad things, up to and including data loss.