Getting the Christmas Tree Home via Bike: 2019 Edition 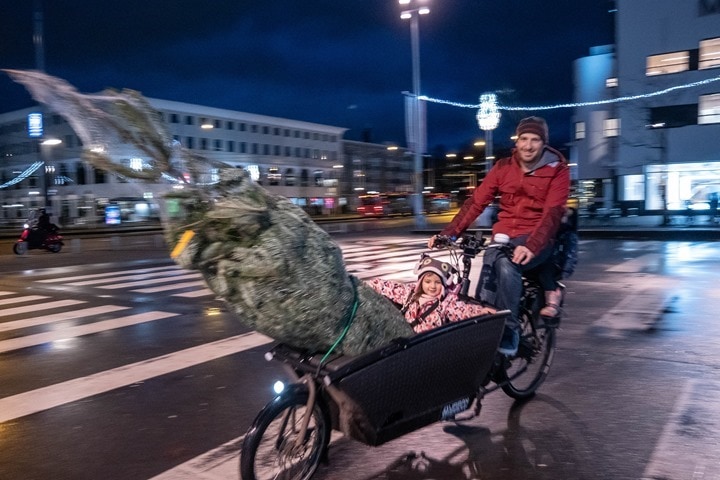 In now it’s 7th year, we’ve been moving the Christmas tree home by bike. It started when we lived in Paris, using a bike share Velib to make the trek from our favored Christmas Tree vendor at the flower markets in the shadow of Notre Dame, to just across the river to our apartment.

In case you missed some of the previous years, here ya go: 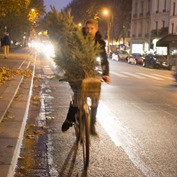 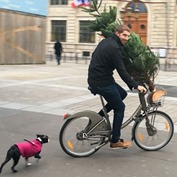 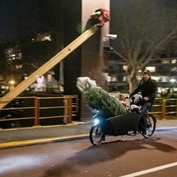 Now that we’re in Amsterdam we’ve been doing it with the much larger cargo bike – but also with 2 kids (the 3rd Peanut hasn’t yet graduated to tree duties, next year will be her first go at it). As always, I’ve written up a short bit on it each year – more for me and the kiddos someday, than anything else. But I figure everyone continues to enjoy it.

Of course, given Christmas is a mere two days away, you might surmise I merely forgot to post this or something. Nope, not exactly. We’re just a bit ‘deferred’ on the Christmas tree schedule, only finally getting our tree this past Friday. It was a blend of The Girl travelling back home to Canada for a week, and then upon return, all last week a household full of sick kiddos (and adults). Thus Friday was the first ‘opening’.

We headed down to the same Christmas tree place as last year as they appeared to have a number of trees still. I had the two toddler kiddos in the cargo bike, and The Girl had littlest Peanut (P3) in a baby carrier, riding a standalone bike. At this point, things were looking promising. 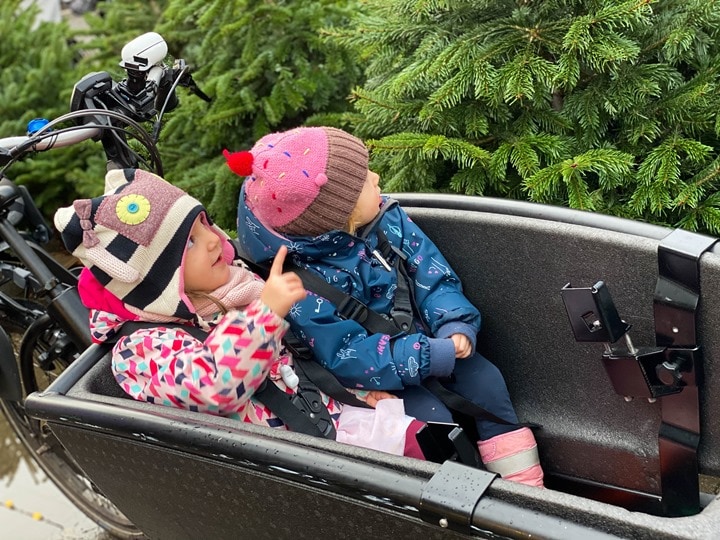 Except, after a quick bit of browsing, all the trees were kinda small for our living room. In other words, all shorter than me. I’ve got a bit of a rule that the tree has to be as tall as I. Just my thing. 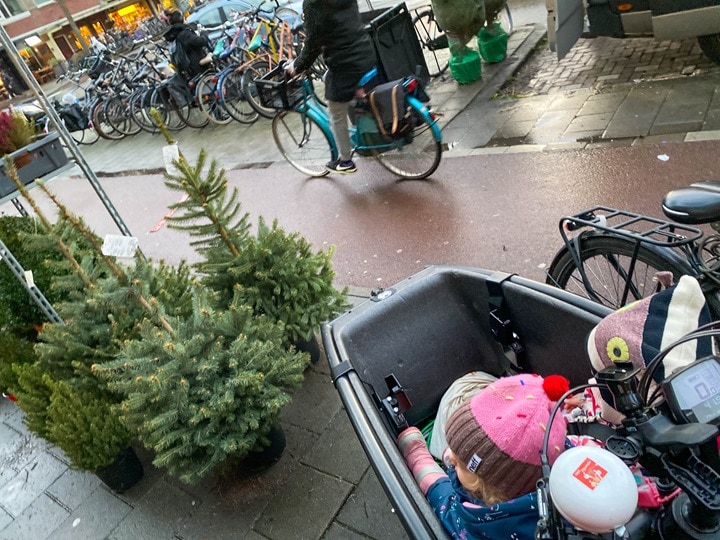 So onwards we went, looking at a few more places. Here, most tree vendors are simply flower shops or grocery stores. Same in Paris for the most part (whereas in the US, Christmas tree vendors generally pop-up in large parking lots as well as at grocery stores). We did find one standalone tree place, but it was already closed: 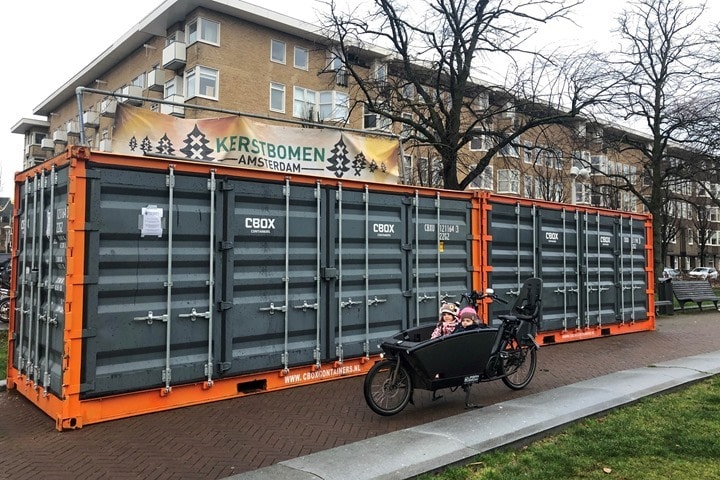 It’s at this point that the oldest Peanut said: “We’re not going to have Christmas now.” 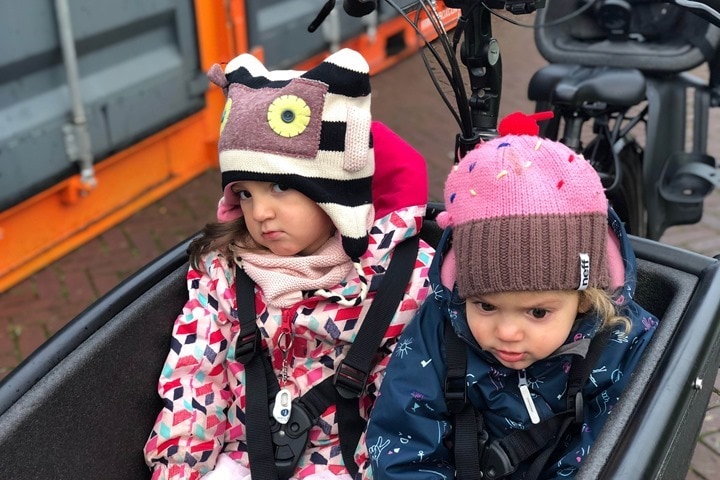 However, with one last nearby place on the list, we found ourselves a tree that worked. There were only three trees left – but this one will do just fine! 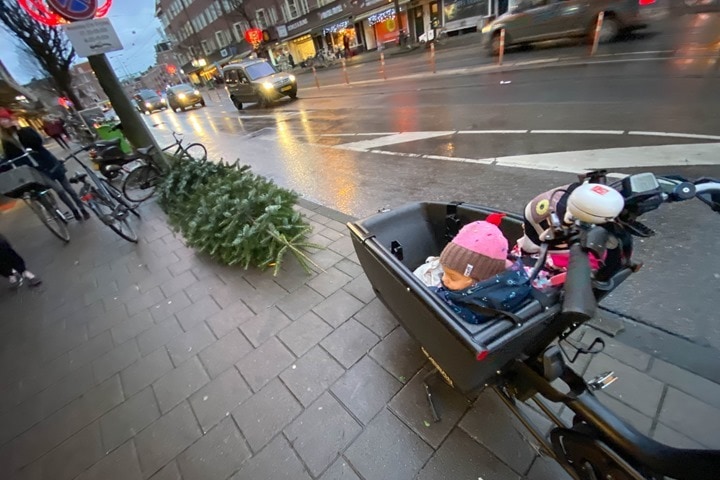 We got the tree all tied up and bound (get your mind out of the gutter, this is a Christmas post), and then stuck into the bike. We ended up relocating P2 to the backseat. She could have fit just fine in the front seat, but this gave both kiddos a bit more room. 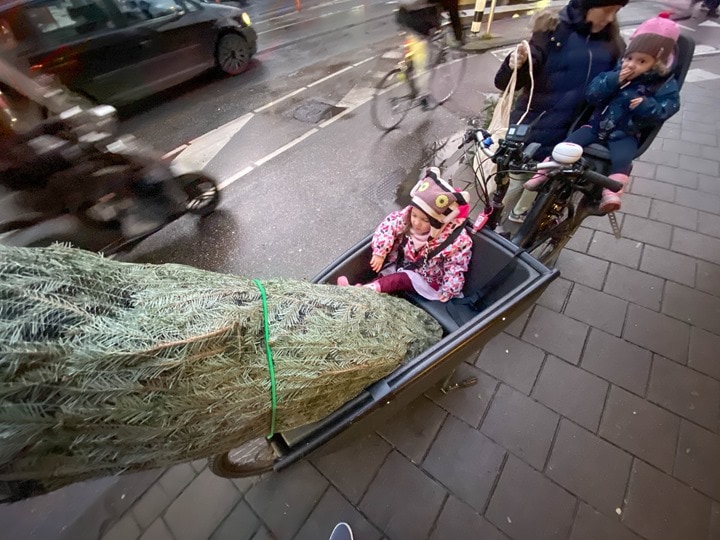 Plus, next year with P3 onboard, you can see it’ll still easily work.

With that, it was time to head out on our journey to get the tree back home! Of course, as is also tradition, it’s never the shortest route. Nope, we usually take a rather circuitous route. Just because. 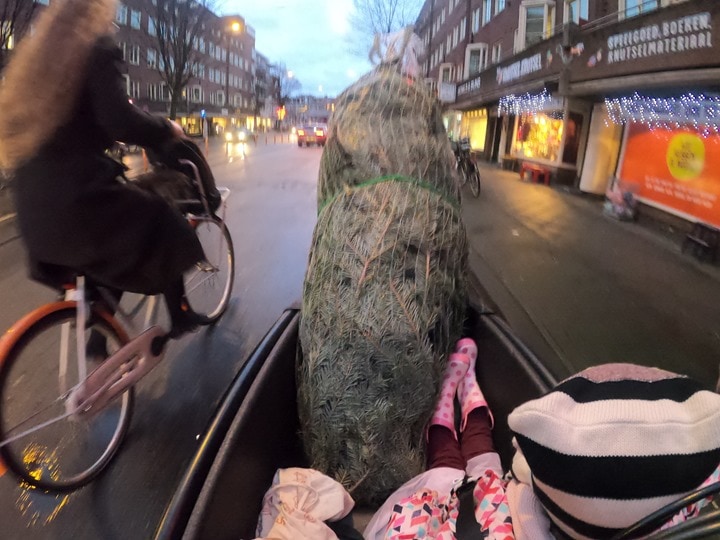 As always, nobody pays any attention. This is the norm here. In fact, it’s nearly impossible to get anyone to glance at your bike load unless you do something astoundingly outlandish. After two years, I finally managed to unlock that achievement this weekend for a different ride. More on that later today.

First up we passed the old train station. Roughly 12 times. 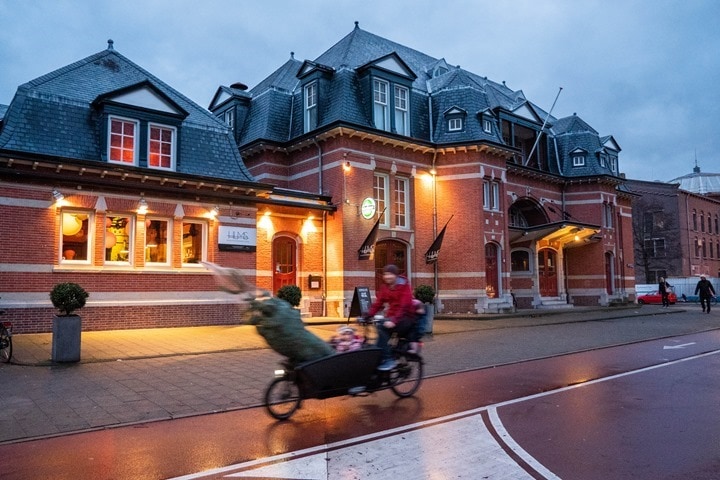 Because trying to figure out the fading sunset light combined with movement, on a new mirrorless camera was proving challenging. 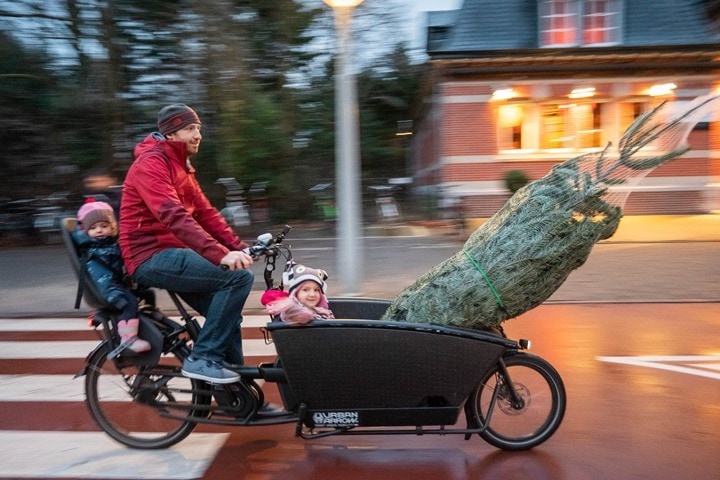 Then we continued on to Olympic Stadium, home of the 1928 Olympics. It was vaguely on our way home. Also, it’s where the most light was. We took a photo in front of the stadium with it in the background. It came out like a potato. So instead, here’s the opposite direction, which came out reasonably well! 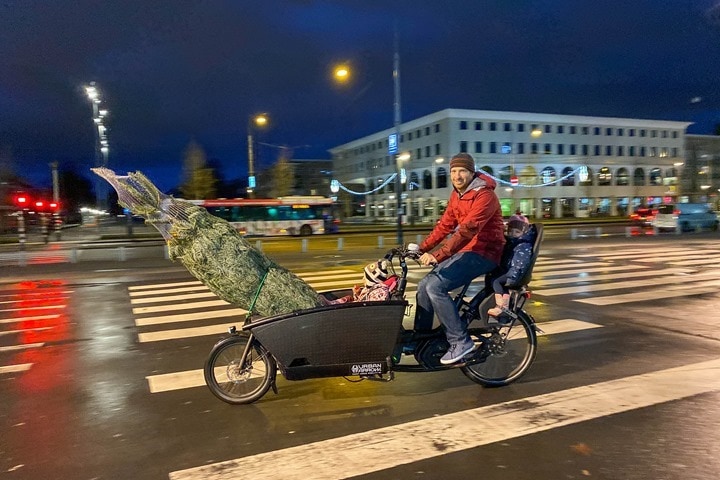 After that, we rolled over the small canal bridge behind it, and along the bike path back towards home. I even posted a little Instagram video of that, which I’ve added to the collection of ‘Best Cargo Bike Videos’ on Insta-Stories.

And then it was back home to get the tree set up! Simple as that. Oh wait, Strava!!!! Of course we recorded it on Strava: 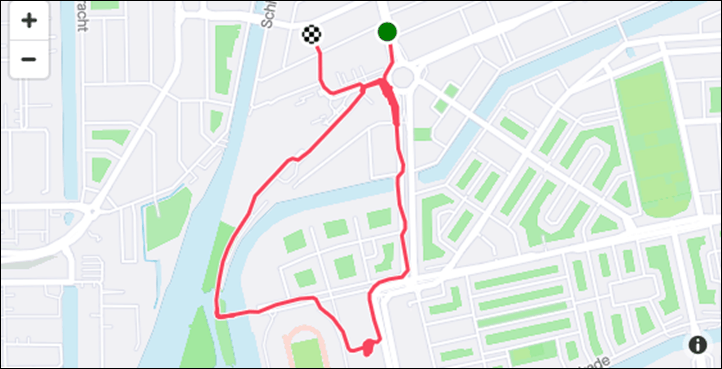 And finally, here’s the finished product: 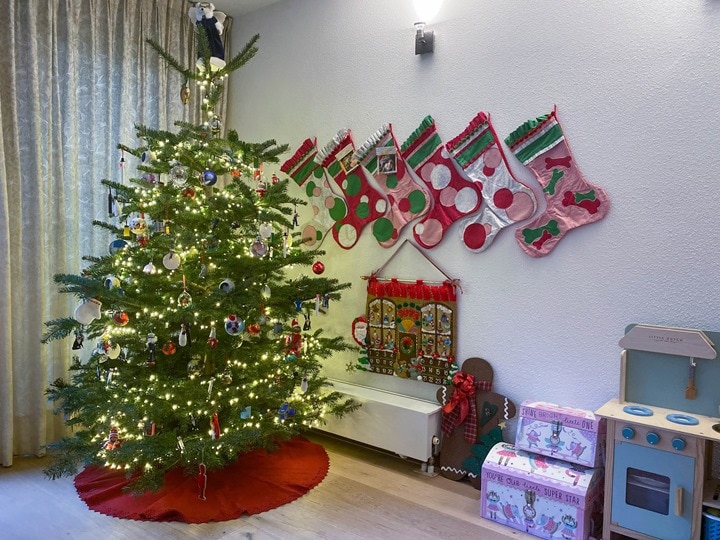 We’ve decided it’s actually one of the nicest trees we’ve had, structurally speaking of course. It holds the vast amount of ornaments quite nicely. And then once it’s done its duties, we’ll hand it over to the city to become mulch within the numerous Amsterdam city parks. The circle of life continues.

With that – thanks for reading, and have a Merry Christmas!