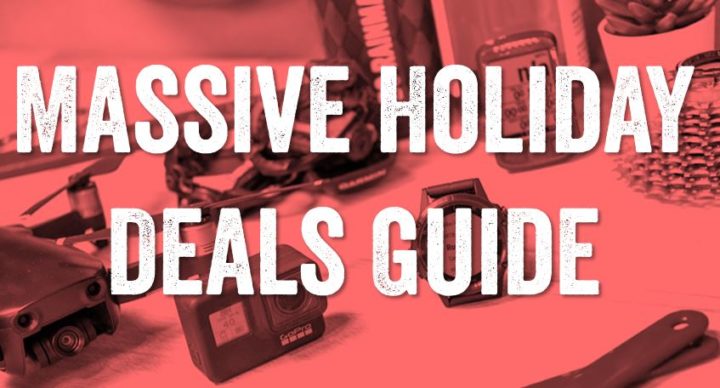 Pre-Thanksgiving deals: These are everything ahead of the US Thanksgiving (which is today, Nov 28th). These were pretty solid this year.
Black Friday deals: These are tied to Black Friday (BF), on Nov 29th. Some span this entire weekend, some even starts Thursday the 28th.  Generally speaking, most retailers have access to the same major deals (i.e. Garmin, Fitbit, GoPro, etc…).
Cyber Monday deals: These are on Monday, Dec 2nd. Occasionally they spill into that Tuesday the 3rd as well
General December deals: We tend to see ‘repeats’ of some deals in the mid-December time-frame (usually around the 10th-15th). These are rarely better than BF deals, but usually quite good if you missed something.

This year virtually every deal has leaked already for Black Friday, so don’t expect any surprises. However, what you will see is Amazon going wild occasionally and just offering astounding deals on new things (like 40-50% off deals). So keep your eye on my Twitter feed, I’ll constantly be listing the best deals.

Beyond that, I’ll be tracking Euro-specific deals here.  These will mostly include both Clever Training Europe (UK) as well as Amazon European deals.

Note: On Amazon Europe deals, generally speaking, you can order from any Amazon European country site (i.e. Amazon France) and have it shipped within the EU (i.e. Spain). Thus, many times deals are duplicated across the sites.