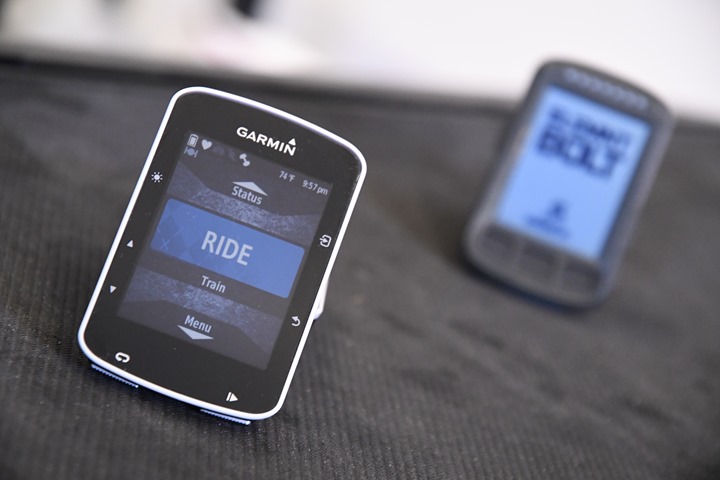 The Battle Royale between Garmin and Wahoo on bike computers continues to heat up with each side sending up stronger and stronger serves…all to the benefit of us consumers.

After a number of weeks of Wahoo throwing down (first with better live tracking and then the new ELEMNT MINI), it was Garmin’s turn to up the ante.  Or actually, in their case, drop the price.  They’ve quietly matched (permanently) the Wahoo BOLT price at $249, whereas the Edge 520 was previously $299.  Note again these are permanent changes to what’s called the MAP (Minimum Advertised Price), and are not temporary sales.  My understanding is there have also been shifts for the Canadian pricing as well.

This price match is pretty interesting, albeit one that’s actually been in the works for months.  First off, I do NOT see this as a sign of any new Garmin Edge 520 successor on the way.  Instead, this is likely driven 110% due to the ELEMNT BOLT.  After all, the price match to $249 is the same as the BOLT. 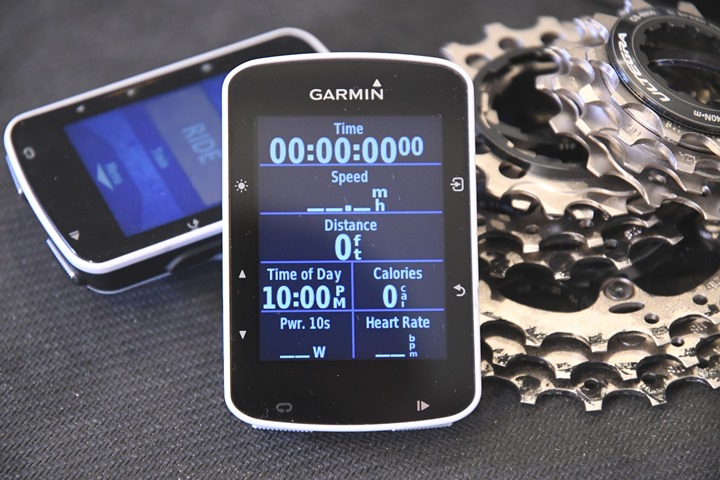 In some ways, I actually don’t think this was totally necessary.  I suspect (well, know), that the Edge 520 continues to sell just fine.  One only need to see GPLama’s Strava stats videos to know they dominate the listings of newer devices.

My bet though is that they’re actually trying to prevent one specific conversation that I’m sure occurs in bike shops:

Consumer: Which one is better?

Bike shop person: Well, they’re both pretty close. Pros and cons for each. Garmin’s a better known brand, but Wahoo is up and coming and offers some innovating features.

Consumer: Ok, I’d probably have gone for the Garmin if they’re the same price – since I know the brand and my mates have it.  But I’ll just save the $50 and grab the Wahoo.

Bike shop person: Perfect, let’s get you checked out.

If they take away the price aspect, it becomes a branding exercise.  To people ‘in the know’, there are of course tons of nuances to either brand. Wahoo would be considered more agile, sometimes more customer friendly.  Garmin meanwhile would be considered more trusted as a long-term brand, and with more selection in products/accessories.  When Garmin removes the price difference, they spin it back to a branding exercise – and for 95% of consumers unknowingly walking into a bike shop, Garmin will likely win that battle (not the least of which is the bike shop considers potential up-sells the bike shop has of Garmin products like sensors or lights).

Oh – and one more thing: This isn’t just about Wahoo.

I suspect the folks at Garmin are looking at the random flotilla of bike GPS startups that have started to tease the market (primarily based on Android phones), and are looking to undercut those.  Meaning that, as I alluded to months ago, companies like Karoo need to be in the financial position to drop prices to compete (especially if technologically they were already on the fence).

No matter the intention though – again, all these changes are great for consumers.  More competition is great, as it drives the bigger players to innovate faster.  And lower prices are great because…well…everyone needs more money to buy more tacos and ice cream….obviously.

(As a random side note: The Edge 520 is pretty much the mainstay of my testing fleet, you’ll often see 2-3 of them on my handlebars for collecting data, primarily power meter data.  I generally prefer it over the Edge 820, mostly because I can interact with it far quicker without the touch screen.)