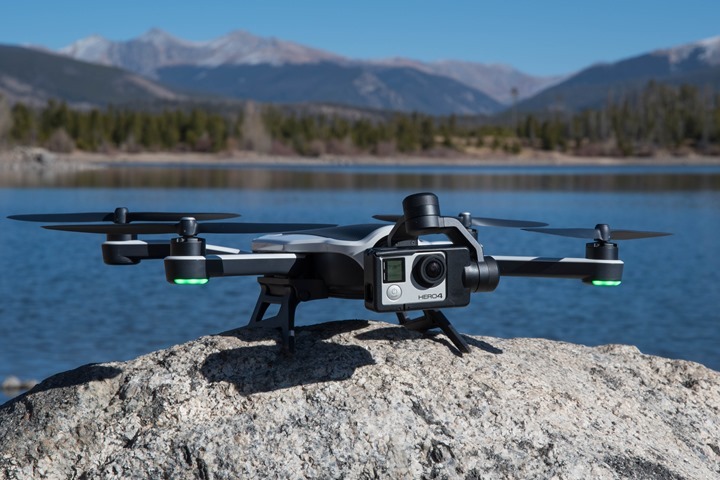 Today GoPro announced that their Karma drone, which was recalled last year will be getting the band back together again, and re-launching sometime this year.  You’ll remember that GoPro shipped 2,500 Karma drones before issuing a recall about two weeks later, basically the same time my In-Depth Review went out.  This was due to a small number of drones that randomly fell out of the sky.  Such circumstances were unfortunate for owners (luckily and astoundingly nobody was hurt), but excellent for YouTube videos – which resulted in some epic crash compilation montages.

GoPro today confirmed what has long been unofficially presumed to be the cause: The battery connector.  Essentially, the connector inside the drone would come loose (just barely, likely only a millimeter or so), causing a power fault which would in turn send the aircraft powerless to the ground.  A Gimli Glider it was not.

At the time, the GoPro drone had only shipped within the US.  Other countries outside the US were excluded, largely due to lack of supply of the Karma Drones.

GoPro said today at CES that they’re completing testing of a fix for the issue, and that in “early February” they’ll provide “more detail for the global re-launch of Karma in 2017.”

It’ll be interesting to see what GoPro’s plans are.  You may remember from my review that the falling objects weren’t really the issue with Karma.  Sure, it wasn’t good for others – but I didn’t have that specific issue.  Instead, I found the drone was simply non-competitive with anything in the market, even older drones a year or two back.

I can only hope that during this recall period that GoPro didn’t re-assign Karma software engineers, but instead kept them focused on adding new features to make the unit at least semi-competitive.  It’d be ideal for them to come out and say “Karma’s rising from the ashes, and by the way, here’s a bunch of new features”.

But even in that scenario, it’s gonna be tough.  You figure they’ll likely announce availability in late spring (best case), which puts them directly in the sights for a probable DJI Mavic refresh.  The Mavic already dominated the GoPro Karma Drone on spec, and a Mavic 2 that assumes the DJI Phantom 4 Pro (just released) features is likely in the cards.  All of which would further slow GoPro’s drone ambitions.

Still, competition is good – especially stable and trusted competition.  One of the key things that GoPro has going for it is actually their support teams.  As anyone who has dealt with DJI knows, it’s neither fast, efficient, nor terribly helpful.  GoPro’s support line is great, and very quickly gets you back in business.  The same can’t be said for DJI.  And of course, GoPro simply has name brand recognition to the general public, something that DJI simply doesn’t have beyond geeks. 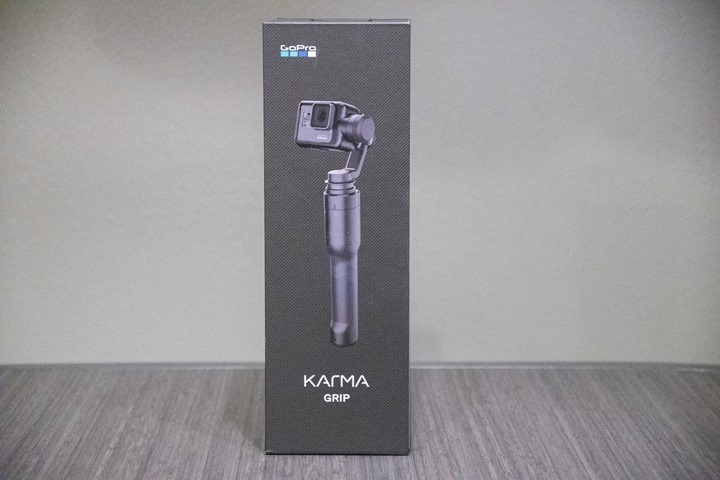 Of course, Karma was ‘more than just a drone’, and as such GoPro started shipping the GoPro Karma Grip, which is the gimbal system, in early December.  The Karma Grip system came included within the Karma drone platform, as it was a key selling point to being able to separate it out and use it sans-drone.

However, the system wasn’t actually available to purchase or ship until December.  Since then it’s been shipping not just in the US, but also internationally.  Of course, finding it available is tricky business.  That’s because for reasons only known to magic elves, GoPro doesn’t allow you to backorder items on their site.  Instead, you have to play sneaky business with trying to find it in stock.

Alternatively, Best Buy actually has them available in many stores in the US – which is honestly the easier move.

While I have a GoPro Karma Grip as part of my GoPro Karma Drone (sitting in the cave as a museum piece now), I also picked up the standard GoPro Karma Grip package ($299) a few weeks back, and will be writing a separate review on just that.  The unit hasn’t seen any firmware updates since launch, but still, it’ll become more interesting once GoPro starts shipping their Karma Grip Extension sometime this spring.  That accessory allows you to stash the grip portion within a backpack, keeping the gimbal on your chest or helmet.  That effectively gives you a wearable gimbal. 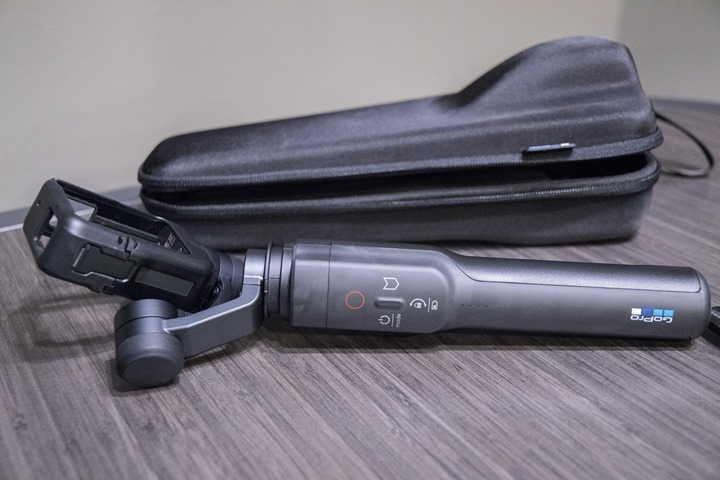 It’ll be a Battle Royale between these two.  At first glance you might assume the G5 is the easy winner, but there are some very specific cases where the GoPro Karma Grip actually makes more sense.  Again, especially once they release the extension cable.

That rounds up the GoPro news from CES.  GoPro typically doesn’t announce much at CES, save occasionally some commercial products (i.e. targeted at TV/movie studios).  Given the rather rough Fall for them, there would be little reason to try and announce new products at CES until past business was taken care of.

Don’t forget to check out all the CES 2017 coverage, as well as continual updates throughout the day on Twitter.  It’s gonna be a crazy busy week