A busy (and chilly) weekend at home as we slide into December.  Here’s what I was up to!

I actually had a bunch of things I was getting unboxed on Friday.  These three were on the list.  Seemed to be a bit of a running focused day. 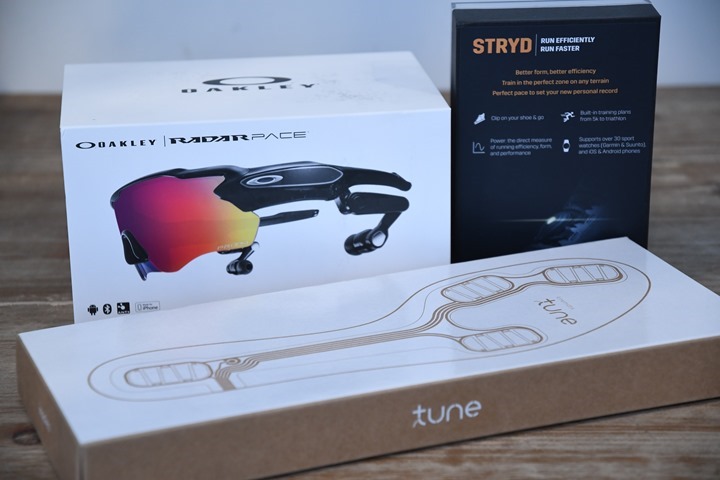 Of most interest was the Stryd running power meter.  I previewed this Gen2 version this past August when the team came over to let me take one out on an initial test run.  Over the last 2 months or so they’ve been shipping out units, and one made its way here.

(Actually, it made its way to this country a few weeks ago, but for reasons DHL can’t explain, it disappeared for about 10 days, then was randomly and unexpectedly delivered on Friday.)

The Gen2 version moves to a footpod design, versus the older chest strap design.  Oh, here’s a few pics of the box of course: 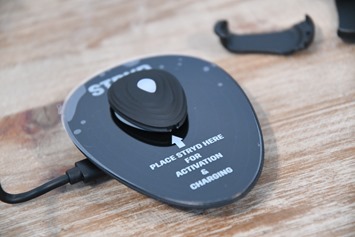 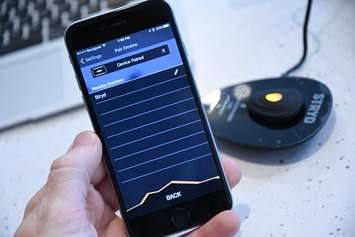 The whole setup process was pretty quick and painless, especially given I already have a Stryd account from the Gen1 heart-rate strap version.  Before long, I was ready to roll.

After getting everything unboxed, I headed out for a run Friday late afternoon.  I was sliding in between various meetings, so things were a bit tight in terms of fitting in the run.  Still, I had one hour allocated and managed to squeak it in.

The trick with these sorts of runs is actually ensuring all of my gear is charged, sync’d, and ready to go.  For example, yes, Stryd was unboxed, and then charged, but also then configured to the app.  Oh – and making sure that the FR920XT I was using was further updated and configured with the Stryd data field (and also paired to an HRM-RUN to compare Running Dynamics metrics between Stryd and the HRM-RUN).  Then ensuring that the VIRB Ultra 30 I was using to record the snippets had battery juice and was also updated.

Same goes for the Apple Watch Series 2 Nike Watch as well as the Garmin FR35.  Plus the Suunto Ambit3 that too was paired and recording Stryd power data.  Oh, and the RunScribe pods I had also.  One can see how this starts to add up logistically. 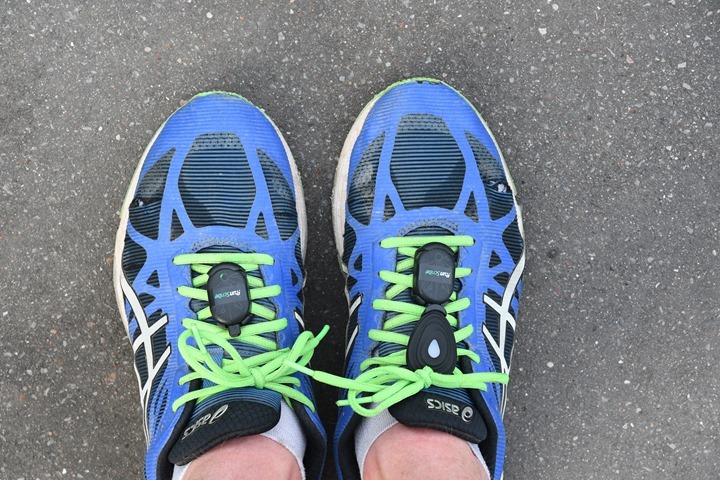 In any case, here’s a video I shot demonstrating the whole Stryd footpod thing.  Expect more in time, but this explains the basics of it all:

I want to dig a bit more into:

– The exact differences between the very specific Running Dynamics metrics from the HRM-RUN, vs the Stryd running metrics
– The differences between using the Stryd Chest Strap vs the Footpod, in terms of power reported
– Are there comparable metrics between RunScribe and Stryd – and if so, do they compare properly?

Plus of course all sorts of general Stryd tests in terms of running and training with power.  I prefer the footpod a million times compared to the previous chest strap edition.  Stay tuned!

We’ve been roughly trying to take the little one swimming once a week, even while travelling.  For example she enjoyed the warm pools in Colorado last month on two different weekends.  We somehow missed last weekend though.  So it was back in the saddle this weekend.

This weekend happened to be the national Telethon, which is a national fund-raising effort that supports research for rare diseases.  It was the 30th anniversary of it.  As such, the public pool we visited was technically free this day, though you were strongly encouraged instead to donate to the Telethon, which had set up tables and such. 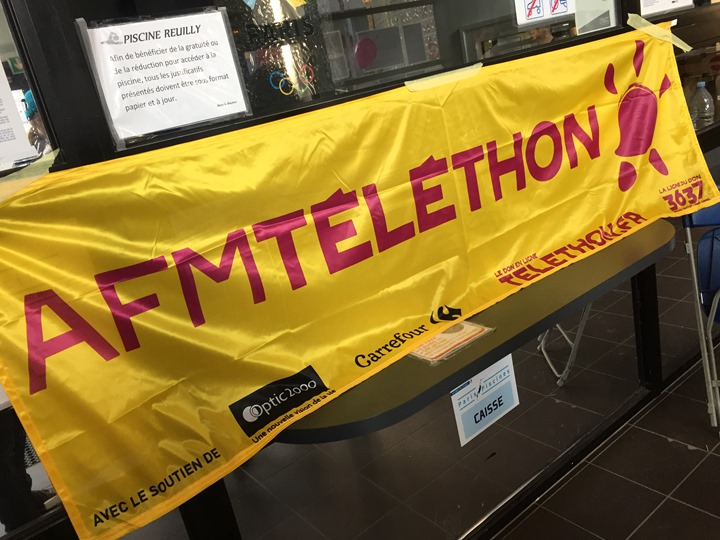 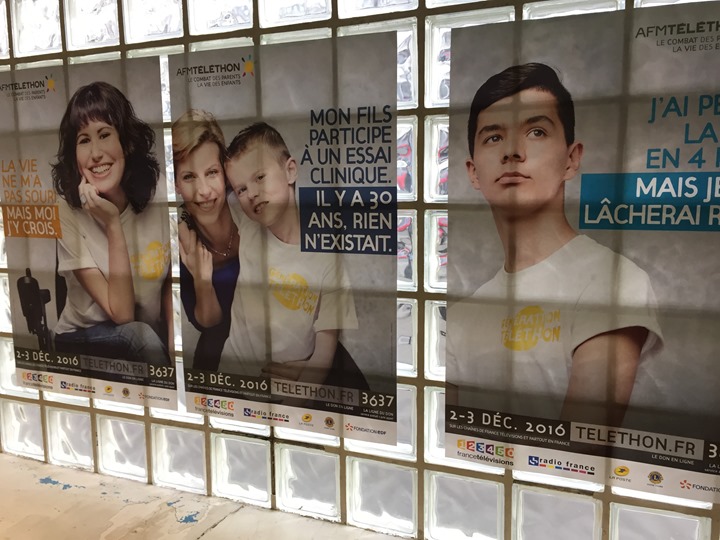 Meanwhile, in the pool the peanut enjoyed both swimming as well as a raft.  I think she thought the raft was the greatest thing ever. It was like her most favored bouncer, but in water. 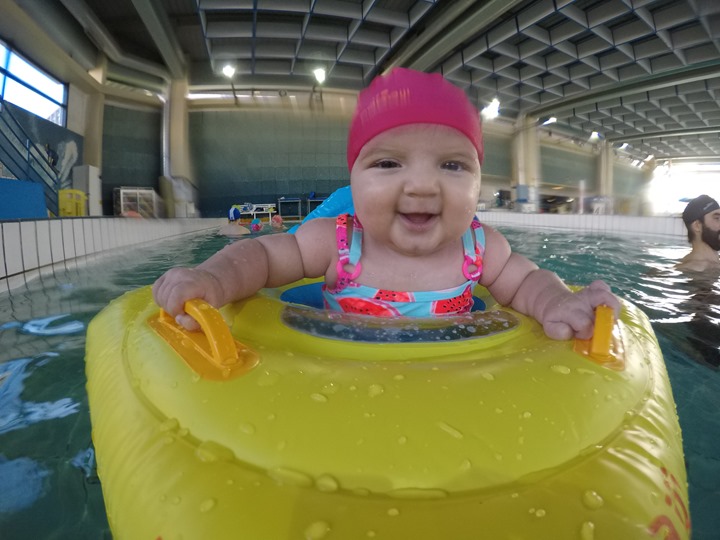 Oh, and on the way out you could pickup various goods in exchange for a donation to the Telethon as well.  Obviously, we did that. 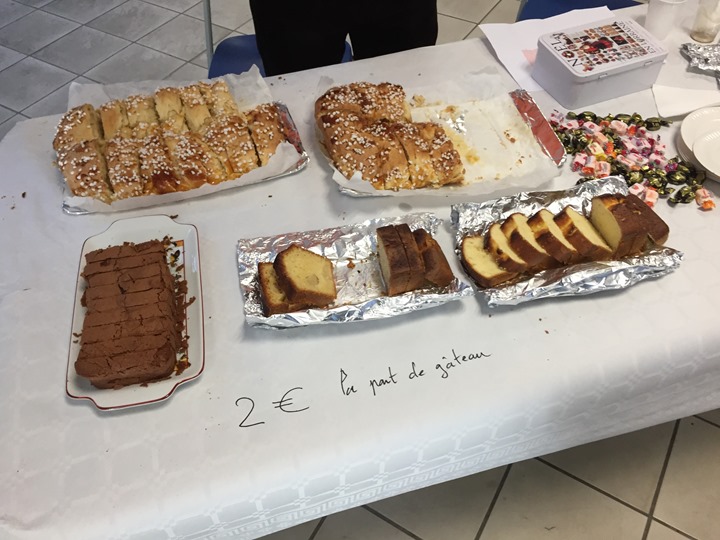 Who would skip baked goods for charity?  Nobody, obviously.

The baby decided that sunrise meant she would rise as well.  Though, that was also true at 1AM, 3AM, and 4:15AM.  None of which contained sunrise, I can vouch for that.

The bright side to this somewhat rare circumstance was that it meant we (or rather, The Girl) heard a whole lot of commotion going on down the river this morning.  Upon looking out the windows, this is what she saw: 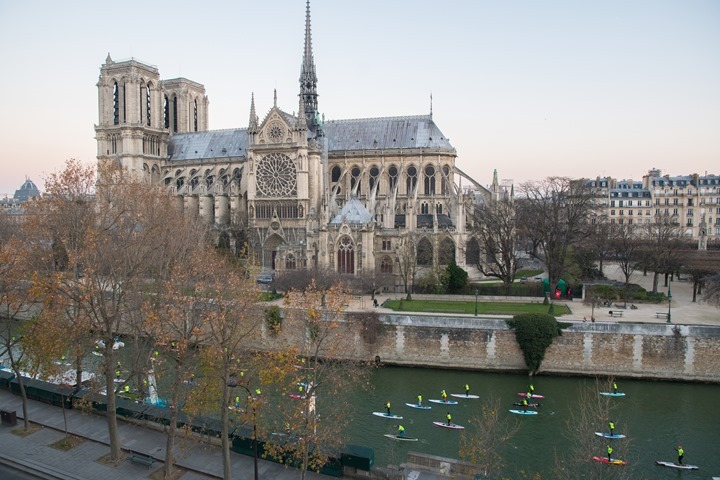 This event happened in years past – I believe last year in January – though we didn’t realize it went by the house, which is kinda cool. 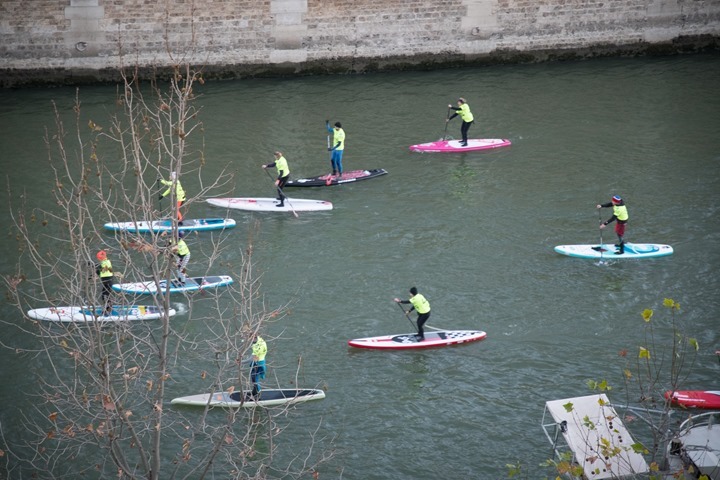 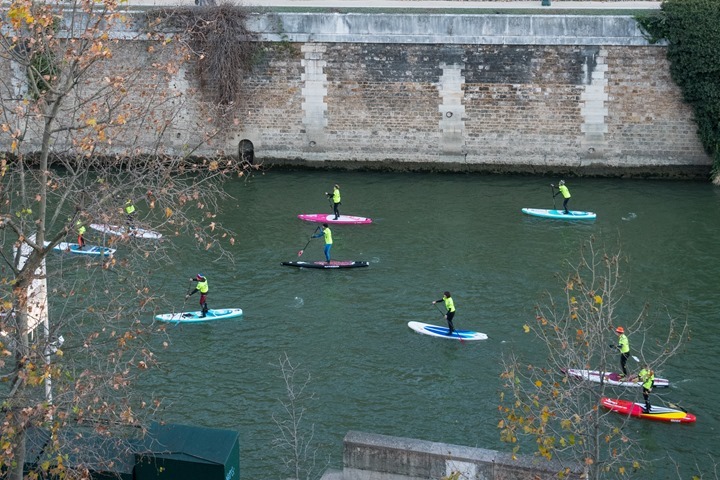 I don’t know exactly how many stand up paddle-boarders there were, perhaps a hundred or so.  They just kept on paddling down the river.  It’s always interesting to me just how calm the river is early in the morning (be it 3AM or 7AM), before all the boats start cruising through.  In peak summer hours, tourist boats float by every 3-5 minutes.  This time though, it was just Santa: 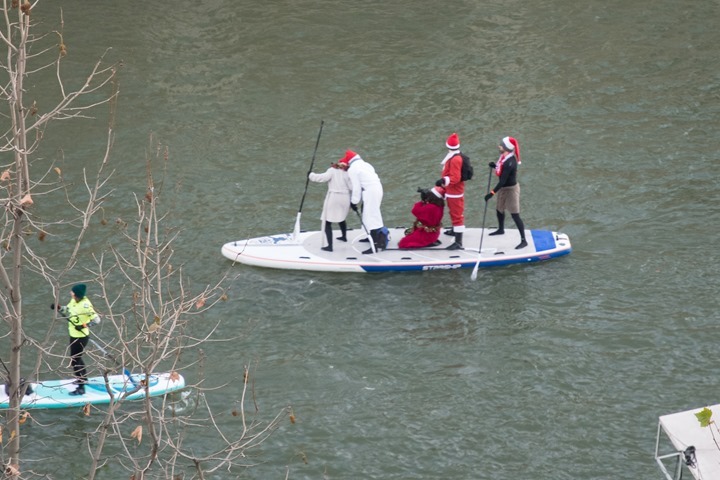 If I wasn’t so tired (and lazy), I would have hoped on a Velib bike and followed them downstream for some pictures closer to the Eiffel Tower.  But…not today.  Instead, we played with the baby. 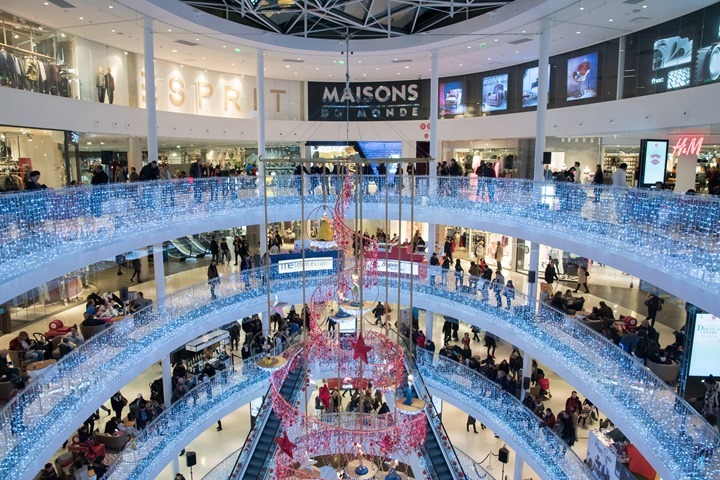 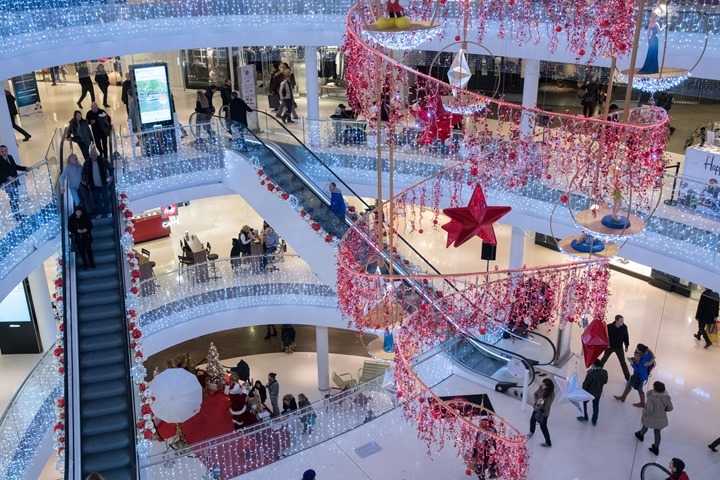 And best of all – there was no line whatsoever at the big man himself!  We had feared arriving to find 50 people in line and being rushed through the whole situation, potentially kicking and screaming.  The Peanut is like a light switch – she’s either happy and giggling, or she’s really ticked off and screaming.  There’s virtually no middle-ground.  She does not have a dimmer option. 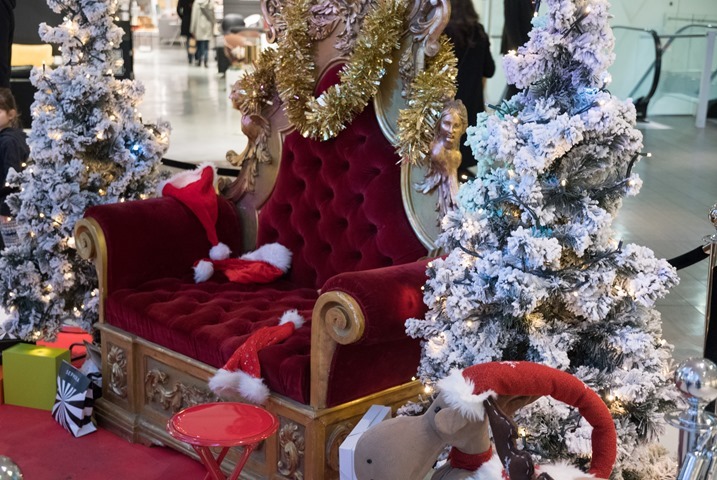 Thankfully, she was in the giggling mode this time.  She thought Santa was hilarious, and the staff thought she was hilarious.  Giggling the entire time.  While we couldn’t take our own photos, they had a reasonable option for getting all the photos (22 in total) that they took on a USB stick.  Not too shabby!

With that – our weekend was complete.  Next up this week – time to get a Christmas tree.  Plus another one for the DCR Open House coming up later this week!  You can still register if you want to check things out!