People always talk about running XC (cross country) in school, but today, I truly ran cross-country.  I crossed an international border over and over again as part of my hill repeats.

Here, let me explain.  The Girl and I are up in Northern Finland for the week checking out the Northern Lights with some friends.  I’ll cover that more later in the weekend.  We’re staying in a tiny little cabin along a river.  Which, is about as descriptive as you can get about this pretty place.  If you can find the Middle of Nowhere on a map, we’re perhaps a kilometer or two from there.  We are heavily outnumbered by reindeer.  Serious.

Now during the day there isn’t a lot to do up here.  And by day, I mean all four hours of it.  Right now it lasts from roughly 10AM till 2PM, though the 9-10AM and 2-3PM timeframes could be debated.  So the last two days we’ve gone for runs.  Here’s one from yesterday where The Girl and I did a nice 10K from our cabin out to the nearby village, and then across a bridge to Norway: 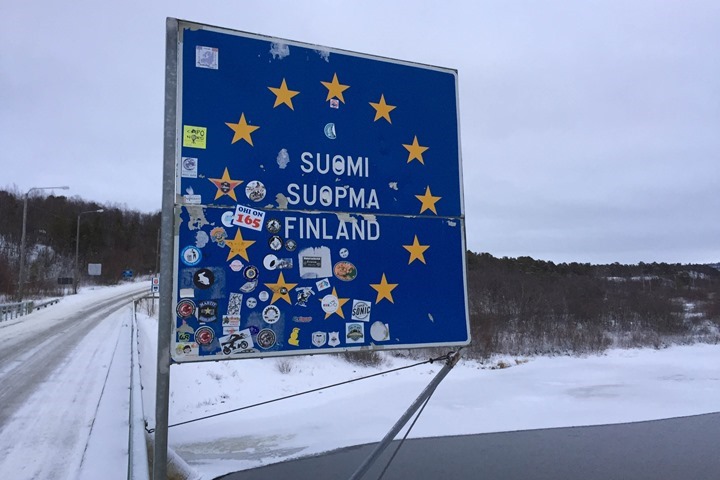 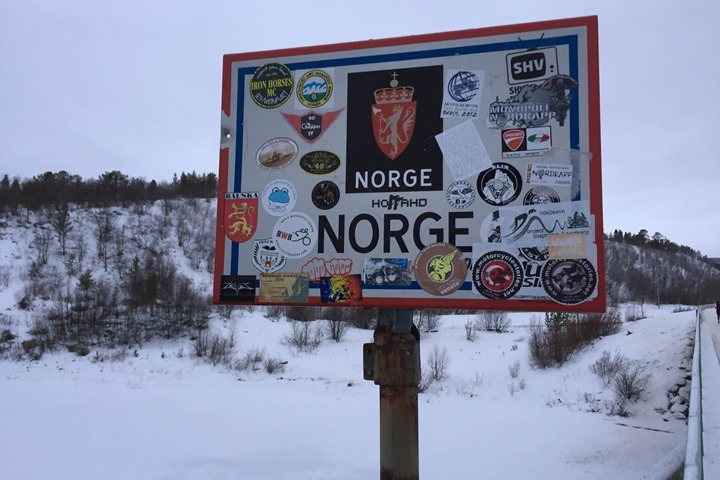 It was a great little run, and we had no problems using YakTrax as usual for snow running (we have a long history of running in the snow together).  If you’re running on ice, they’re the best $20-$30 you can spend. 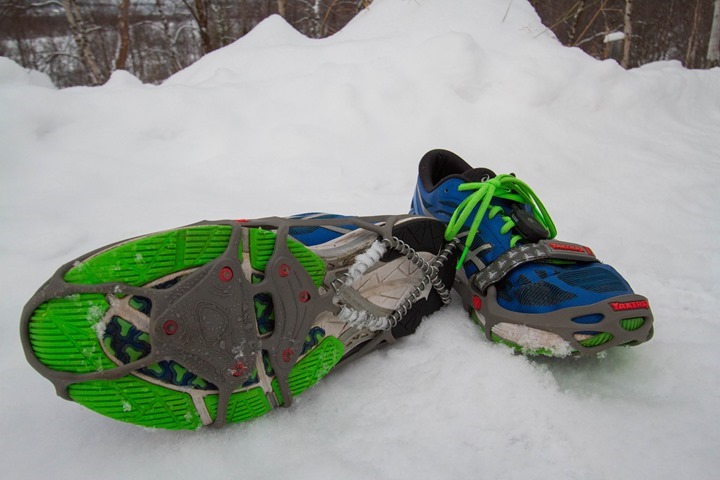 This day, we split up for our respective runs.  In my case, I decided to go for some hill repeats.  I did this because it was getting towards sunset and the light was pretty thin.  I didn’t want to be out on a lonely snow/ice road without light.  Whereas the bridge over the border/river up to the border shack had a handful of lights. 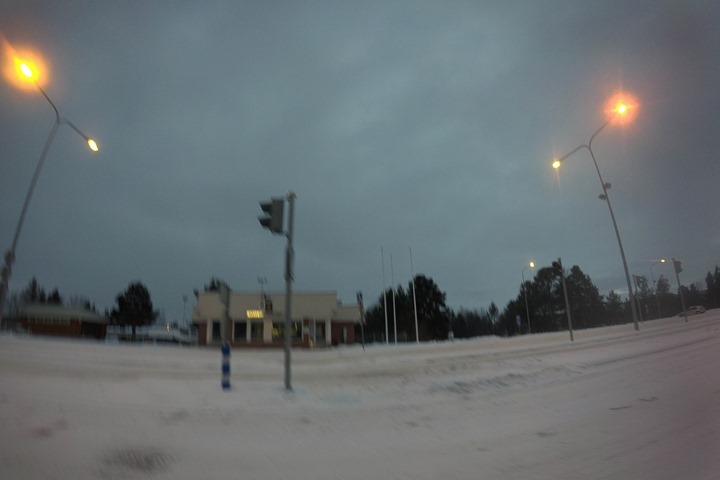 Note, when I say border crossing, I basically mean a small shack.  And even that is only used for large transport trucks.  All other cars just pass through.

In any case, after a 15-minute warm-up, I got started on my hill repeats.  Each time I’d start from just on the Finland side of the border, then up the hill to the border crossing, before recovering while returning across to the Norwegian side of the border.  You can see the beginning of the hill just at the start of the lights. 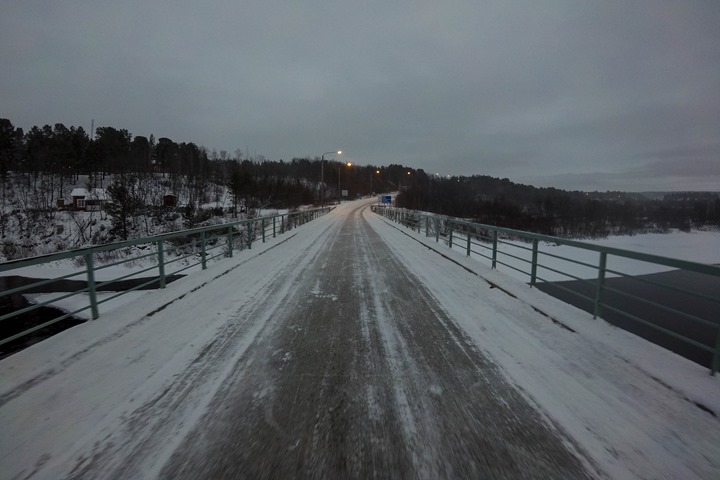 All my hill photos came out fuzzy, so instead, here’s the river where I started each set (and the official border between the two countries). 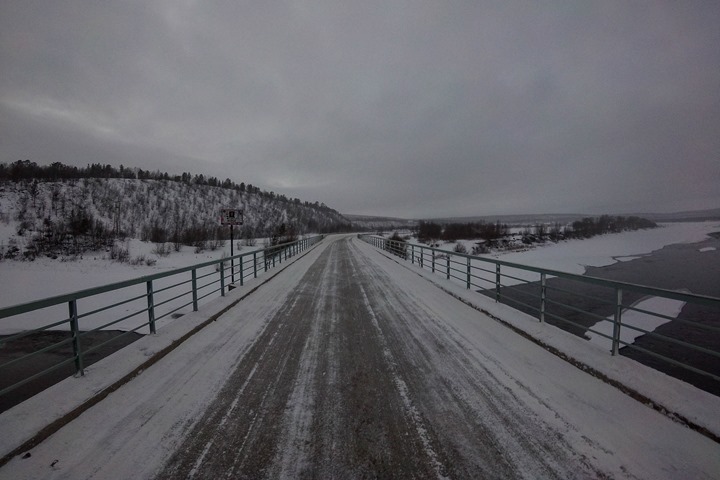 There’s a small two-sided sign in the middle of the river indicating the crossing of countries.  And in the case of traveling into Finland, there’s an additional sign indicating entering the European Union. 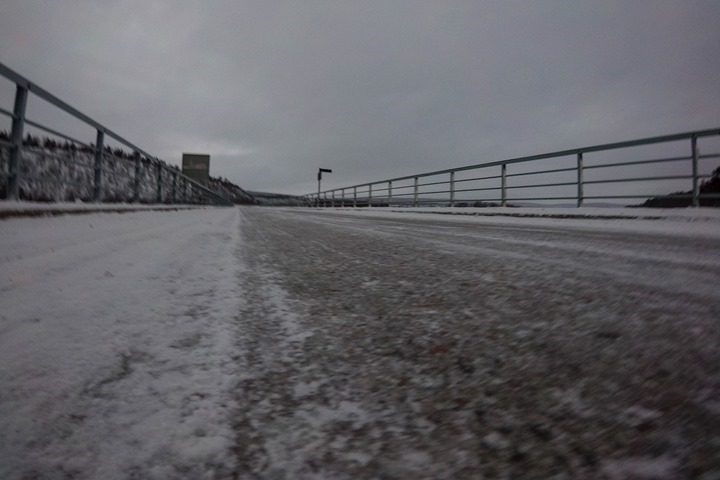 After my repeats I decided to then do a 10-minute tempo run back to the cabin, slightly up-hill, and passing a single reindeer.  Nothing fancy, but it was enough to trigger the FR630’s lactate threshold value along the way, so that was neat to see post-run.

I’d note that there were no Strava Segments on my route either of the first two days.  Nothing at all:

So I created one, from the border to the top of the hill.  Now, I’m literally the King of the Mountain.

I’ll be sure to do a real solid go of things on Friday before I leave, since the above was from an easier run. Open season for anyone who wishes to travel this far.

Finally, for those curious on the tech side, I had a slew of watches with me.  I was using the FR235, FR630, and carrying along the FR920XT and Suunto Traverse. 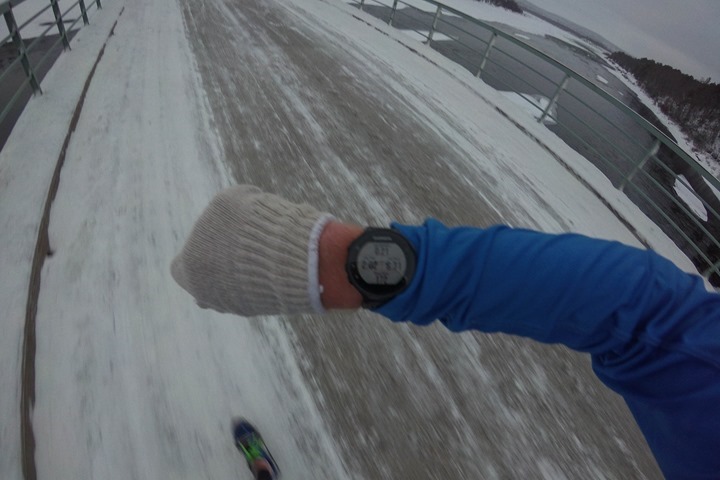 In addition, I was also testing the Polar A360.  For the two optical units (FR235/A360), they were on my wrists (one each).  While the others were being toted along, mostly for data collection.  For example I was interested in the new Running Dynamics metrics on the FR630, and then using the FR920XT for gathering Stryd Power data.  And the Traverse, just cause I’m curious what it’s all about.  I figure it’s fitting that I’d use the Suunto Traverse while in Finland, given both Suunto and Polar are Finnish companies. 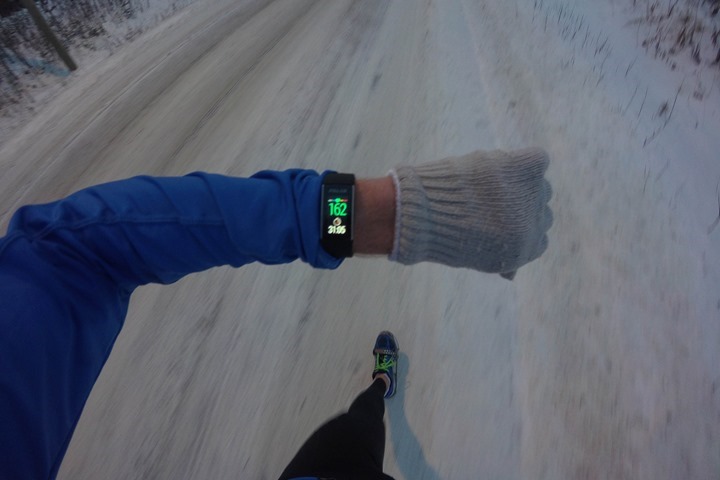 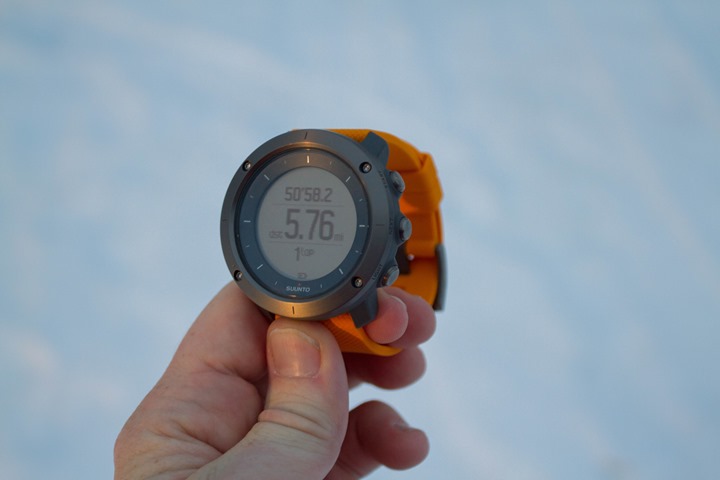 In any case – more to come!