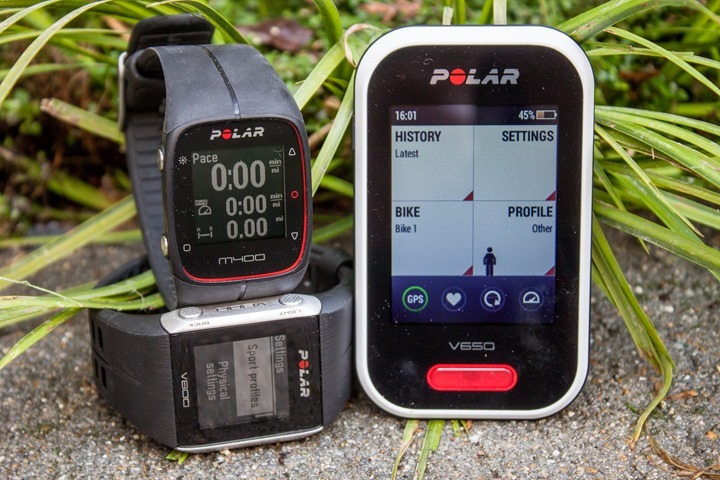 Since Polar announced the V800 triathlon watch at CES 2014 (just over a year ago), there’s been a steady stream of firmware updates to the unit increasing functionality of the multisport watch.  At the same time, there have also been a lot of update plans announced over the past year for not only the V800, but also the M400, and the backend platform – Polar Flow.

I’ve loosely kept track of these different updates as time has gone on, within the Polar V800 In-Depth Review, since most of them were targeted at that device.  A few however that were more platform-wide (such as export) impacted other devices such as the M400 and soon the A300.  But since the V800 had the charts in it already, it seemed a perfectly suitable place for it.

Many of you have asked for a bit of a rundown on where some of the previously promised features stand that are still outstanding, as well as some clarification on some features that have had a rougher implementation (Read: Power meter support).

For those that follow along on Polar Updates blog, you’re likely mostly caught up to date – though I cover a few areas in slightly more detail that aren’t in those posts.  Below is the simplified updated timeline chart I’ve put together (and Polar has validated) for announced features and their current release timelines:

A few things of note in there to expand on:

Smartphone Notifications: These were announced back in the flurry of other Polar news at CES.  This also includes music control.  For now they’ve committed to the V800 and M400, with different timelines for each product depending on the phone platform you’re connecting to.

Power Meter Support: This has been a bit of a rough implementation, though not entirely due to Polar’s fault.  They launched power meter support back in the fall for the V800 for 3rd party power meters – but the compatibility between the V800 and those non-Polar units was pretty…nonfunctional.  Some paired but wouldn’t work, and some wouldn’t pair at all.  Polar has gone back and started working with each company individually on it (for example, Wahoo on the Wahoo KICKR).  Part of the challenge Polar faces is that many of the companies doing Bluetooth Smart power meters have implemented the Bluetooth Smart power meter profile slightly differently.  A unified standard it is not.  Actually, I’m not sure if any two companies have actually implemented it the same way.  Polar is planning an update within Q1 (so by March) to try and resolve some of these with the handful of companies currently shipping power meters with Bluetooth Smart support.

PPT.com & PT5 import into Polar Flow: The current plan is that in Q1 (by the end of March) they’ll release the ability to do limited exporting from PolarPersonalTrainer.com & ProTrainer5 into Polar Flow.  The limitation will be 25 activities/training files at a time.  They will follow this up in Q2 with the ability to do “larger volumes of data”.  I’m going to assume they aren’t playing ‘Price is Right’ rules, and that ‘larger’ will be substantially more than just 26 files.

Footpod Support for the M400: Also in the camp of ‘in case you missed it’ at CES, the M400 will get footpod support sometime this month.  Down the road they’ll add in support for both the M400 and V800 to get cadence/pace via the wrist (no footpod required) – like most other watches on the market today.

Finally, in the highly unlikely event that you haven’t plugged your Polar product in recently – you probably do want to get around to doing so.  There’s been a bunch of updates for the M400 and the V800 over the past few months.  So if you normally just sync via phone you might not have caught them. 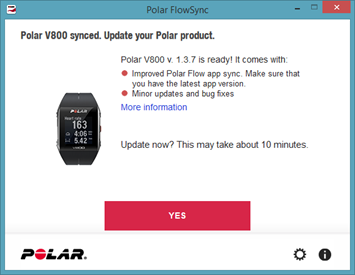 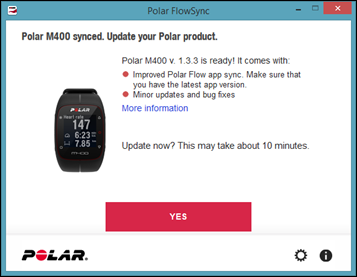 With that, we’ll keep this one nice and short (as I promised in the title).

(Oh…wait, you wanted to know about that little bike computer up there, the V650?  It’s due out sometime this month.  Polar seems legit about it now.  So we’ll see.)