A behind the scenes look at my TV appearance yesterday (and the actual video clip!) 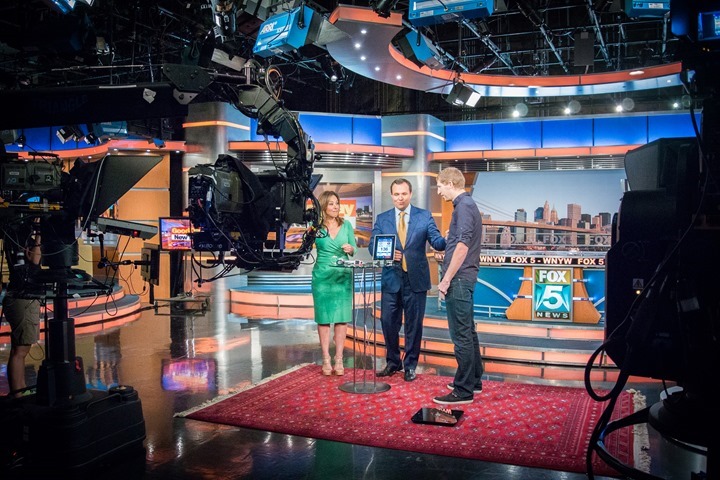 Yesterday morning in New York City I was live on the FOX morning show, Good Day NY.  I was there to cover some of the newest and most popular sports & fitness technology gadgets coming onto the market, especially as many folks are trying to get a bit more fit for summer (which officially starts today).  I know many of you watched live – which is awesome!  But for those that didn’t have a chance to stream it online, you can watch the roughly five minute long segment here below:

For fun, here’s a bit of background on how the whole thing worked behind the scenes for the show.  While the initial show date was set back a few months ago, the actual planning didn’t start till this week.  Given a morning show like this has guests every 5-10 minutes or so for a few hours each day, they have a tremendous number of people to coordinate with, so doing coordination too far out wouldn’t make much sense.

On Monday this past week I had a conference call with a producer to outline the segment, which we sketched out to go through 4-5 products that I’d recommend for people to check out.  I’d work with a specific producer during the week to finalize all the details.  For example how would each product work during the segment, what would the audience see, and ensuring that there was a clear story and relevance tie-in to each product being presented.  She had a slew of questions lined up for the anchors in the event those were needed to provide background or fill time, though for the most part they asked their own questions and we just had a normal conversation (especially since one of the anchors had a Jawbone UP and was familiar with the technology).

Yesterday morning they sent a car over to pick us up around 7:30AM at our hotel, for my 9:20-9:30AM slot.  Because I was still on European time from the flight the night before I was up many hours before that, so The Girl and I went for a run in Central Park around 6AM beforehand.  The car would drop us off at the station by about 7:45AM. 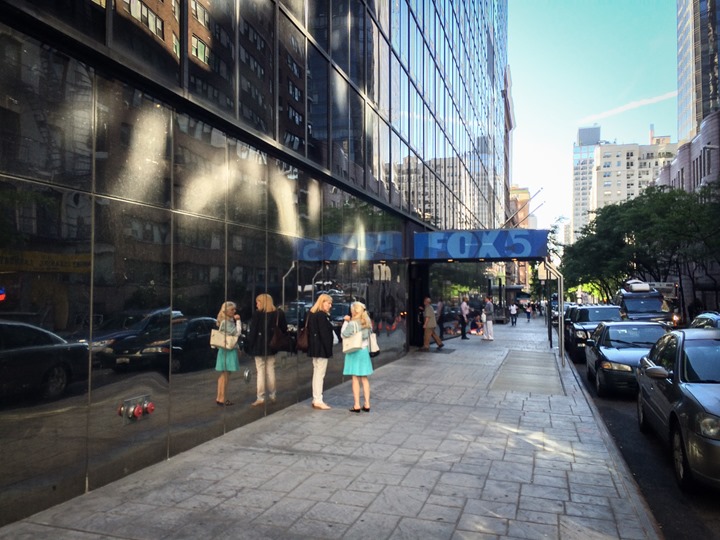 From there we went into the ‘green room’ (waiting room) for a few minutes before they brought me backstage to setup products on a table and walk through logistics.  While we had initially planned a cycling product in there (the Edge 810), we decided that given the segment timelines it’d be better to talk more deeply about the others – so that got cut at the last moment. 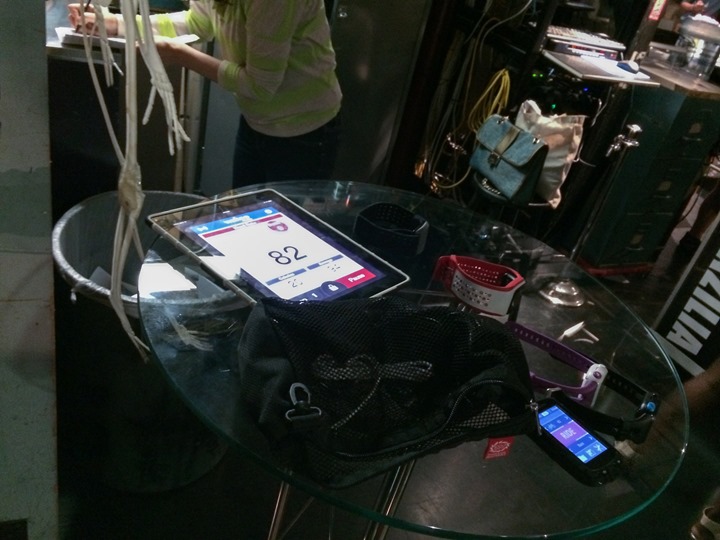 Along the way they did a quick makeup job, though, it was just powder for me.  Of course, on the other side of the wall the show moved along as normal.  Even though my Dad works in TV (in Seattle) and thus I grew up with a bit of a TV background, it’s still mind boggling how many things they’re juggling at once on a show like this with so many guests coming in/out. 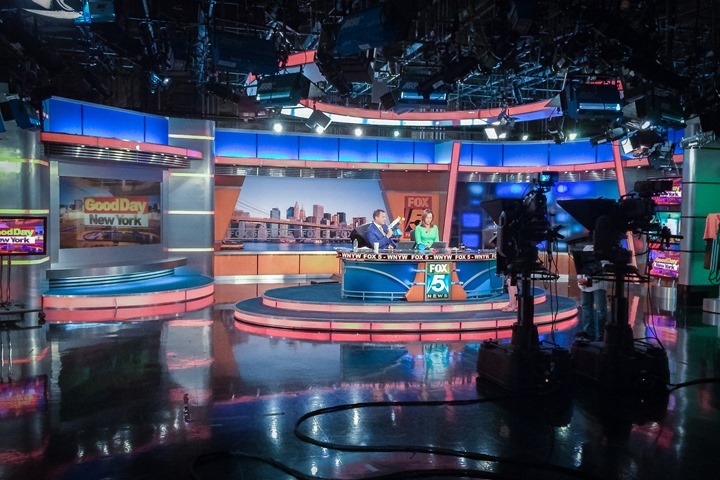 By this time it was around 9:00AM and it was back onto the main set to setup the area for the segment.  They added a rug, a big screen TV for the iPad, and then a table for the devices.  A bunch of folks (producers) were there discussing logistics, especially around the iPad display of both my heart rate and my weight from the weight scale.  As they noted, anytime you add in live demo’s you have two components to be concerned with.  First is whether it works on-air (less of a problem here), but second is that it doesn’t take too long. Seconds feel like minutes in TV-land. 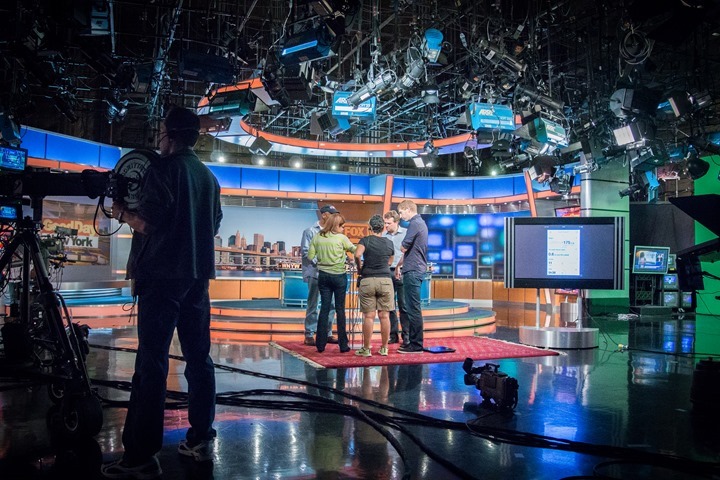 After that was all sorted out, I waited for them to finish up the previous segment and then wander over to me following a commercial break, at which point – the session started per the video up above. 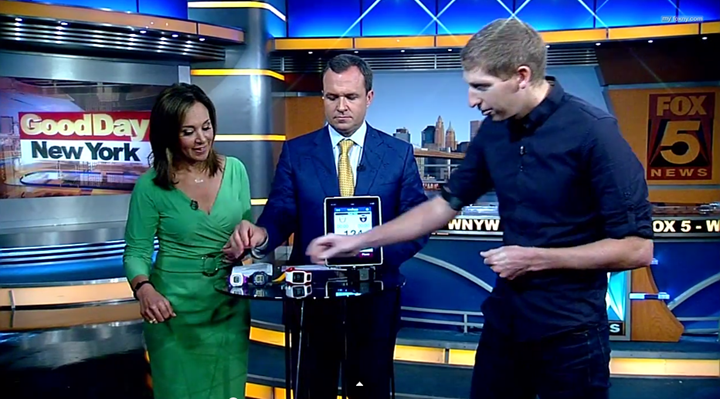 A few random notes on the segment:

My Heart Rate: My heart rate is normally not that high, obviously.  Though, I was actually not really nervous – simply my HR decided differently.  Beforehand standing around it was about 80-90BPM, and normally if I’m just sitting at my desk it’s in the 50-60BPM range.  On a couch watching TV it would be 40-50BPM (resting heart rate).  Though, with this HR I was still just barely below Zone 1 for running. 🙂

Weight Scale: While we contemplated showing it syncing via Bluetooth all live on camera, that would have simply taken too long in TV time (the extra few seconds being an eternity).  So while I had a much nicer (5+ pounds lower) weight from earlier, they had me step on the scale one last time with clothes/shoes/mic/etc all right during the commercial break to get updated numbers.  Thus, why I magically weigh more.  I know…triathlete problems.

Squirt Guns: Seriously, that was a real threat.  Had you watched the previous segments, you’d know that it was all out warfare in the studio this morning.  Given it was the start to summer, and most US morning shows are a bit more relaxed on Fridays it was fun stuff.

With that, the segment ended before I knew it – time flew by!  They had a bunch of other content saved up as well, but we didn’t need it. 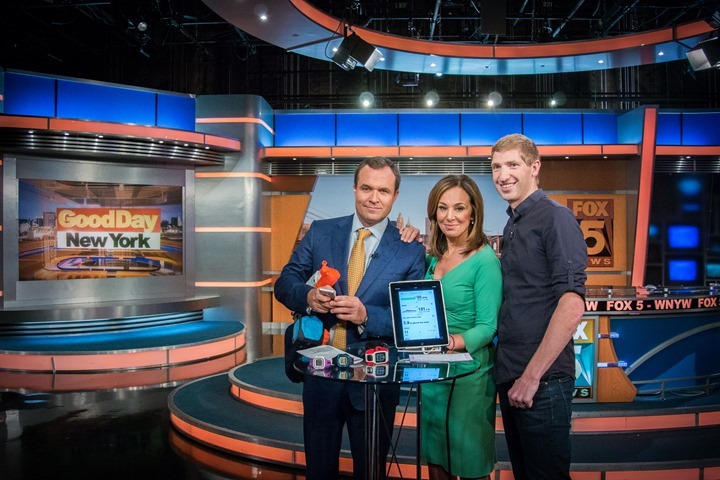 We chatted for a bit with some of the studio staff (and one staff member even very politely/shyly asked to try out the weight scale to see his weight), and then we headed out to explore NYC for the day (we’d walk over 10 more miles…yikes!). 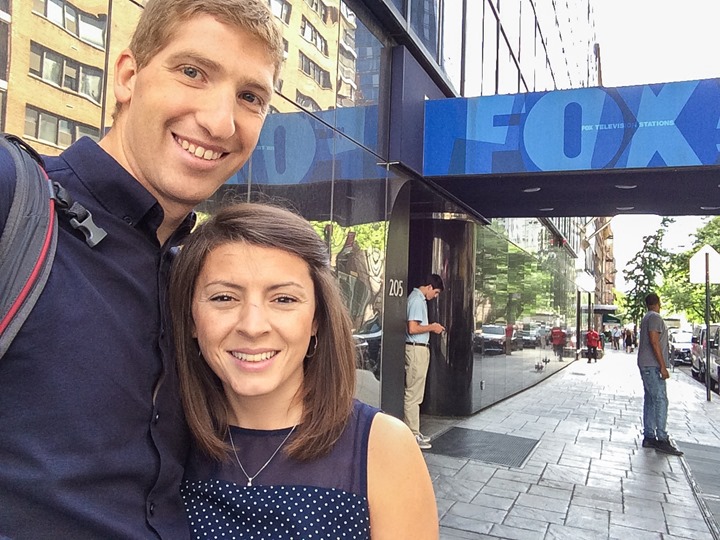 So with that – thanks for watching, and of course, thanks for reading too!  And of course, a huge thanks to the FOX NY folks (especially Lew!) for having me on the show! Have a great weekend all!