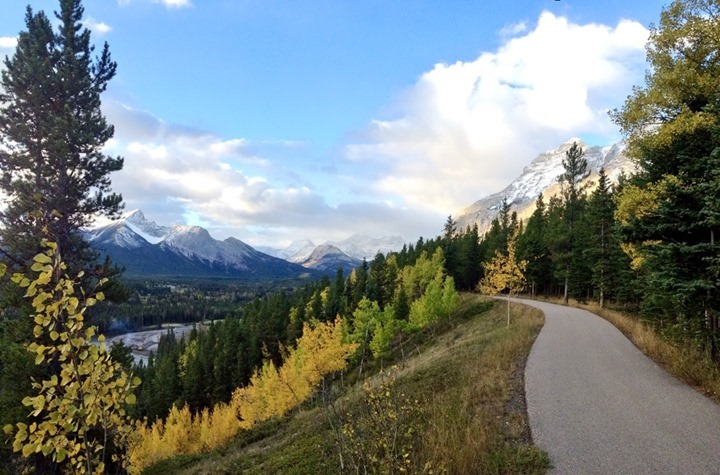 As many of you know, Wednesday and Thursday of last week I was in Kananaskis, Alberta (Canada) for the ANT+ Symposium where I delivered my annual keynote session on the state of sports technology.  While you’ll see a handful of posts from that spread out over the next 2-3 days (including posting of the video later today), I decided I needed to include one brief runaround post.  Don’t worry, it’s not a long post.

While there were early morning runs every morning of the event, I also found this outside my window some mornings, and decided that my t-shirt and shorts weren’t really made for 30*F (-1-2*C) runs with a light dusting of snow: 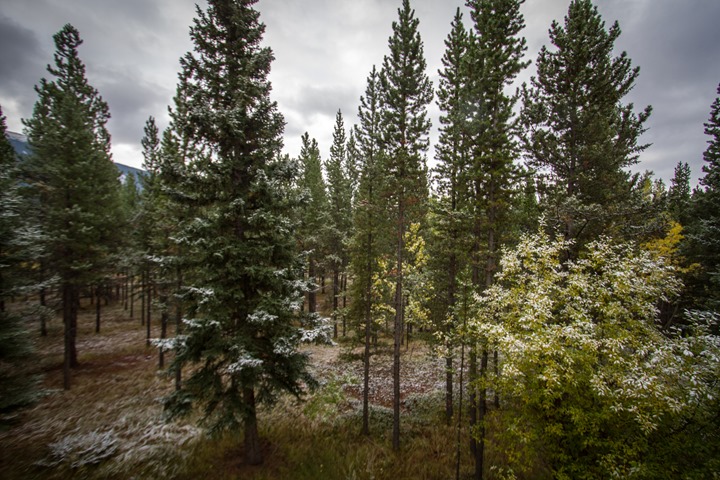 On Wednesday afternoon I had a run scheduled, but I also wanted to test out a new piece of unseen running gear.  After a slew of sessions and meetings I had found a short gap before dinner, so me and two others headed up into the hills for a trail run.  We figured it’d be about 35-45 minutes, about all we could fit in – but better than nothing.  Plus, by then the temperature was nice and warm with the sun out.

There are no ‘flat’ options for trails here beyond the first few hundred meters.  It’s either up or down.  We went with up, and started to follow some ski trails. 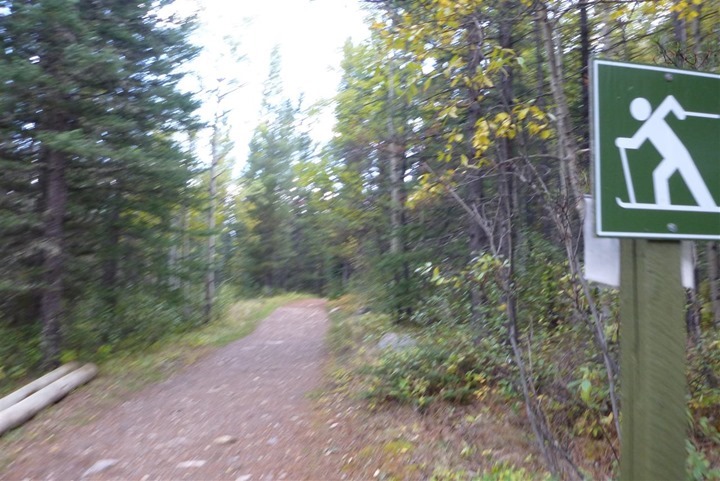 Most of the paths have fairly compact ground.  In some places it’s a bit mushier or with rocks, but overall it’s generally quick running except for the uphill part. 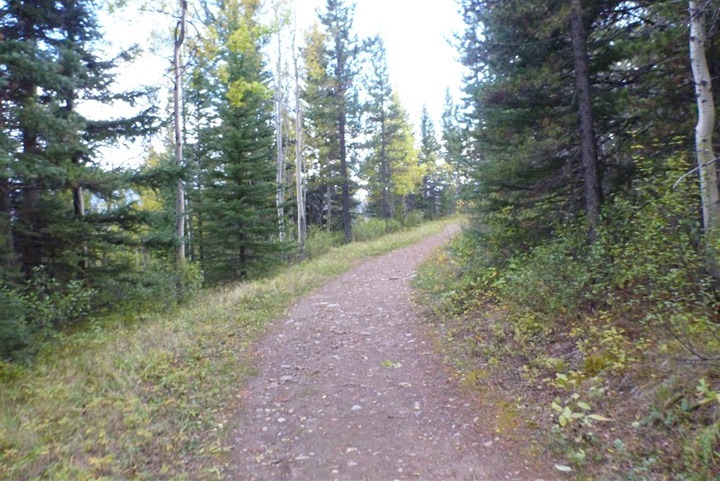 It was about 10-12 minutes into the run just as we had finally reached a turn where things had flattened out that I smelled something funny.  Sort of like when you step onto a farm and can smell the cows.  I immediately knew some sort wildlife was nearby, and I was reasonably sure it wasn’t a hamburger or omelet.

Sure enough, 3-4 seconds later I caught sight of this giant butt up front of us: 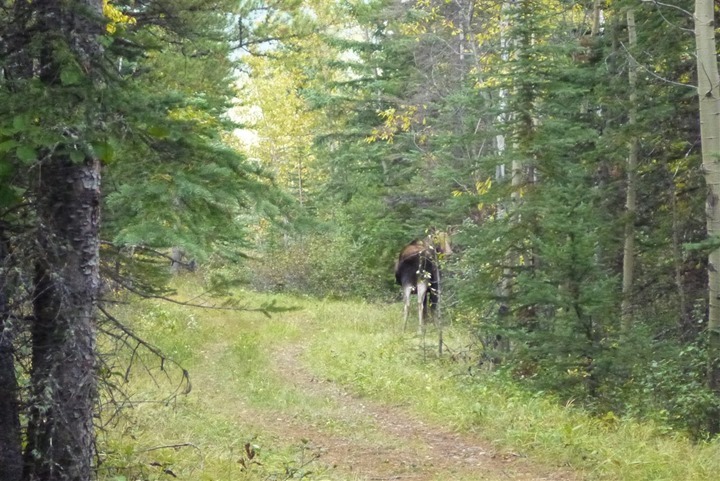 With the tree cover causing low light my camera isn’t quite the greatest here, so you’ll have to make due with these sorta fuzzy pics.  We stopped perhaps about 25-35 yards short of her, pretty much immediately upon seeing her. 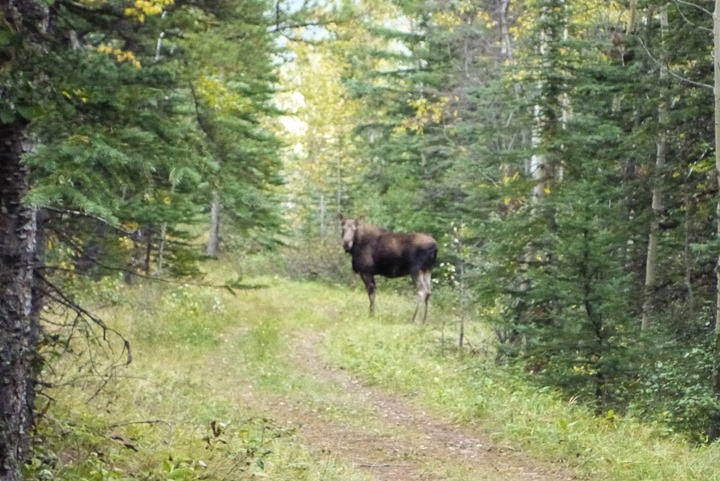 The moose didn’t really seem to have any desire to move out of the way for us.  The route we planned was a looped one, and there wasn’t really any other option to get where we wanted to go except via this trail.  Obviously, moose can be extremely dangerous creatures when upset or protecting young.  So we wanted to ensure we didn’t upset her or get too close.

So we waited while she waited. 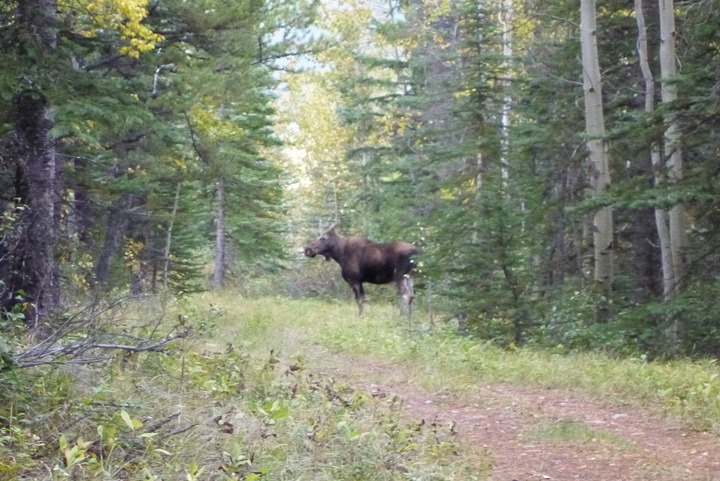 And we backed off a bit and took lots of pictures – since there really wasn’t much else we could do. 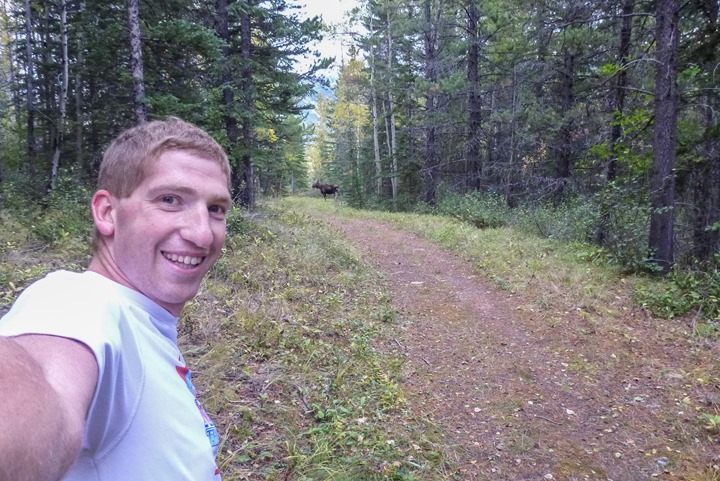 Eventually she moved a bit out of the way and off the trail, and we were able to quietly and slowly walk past.  Taking more pictures of course.  As usual, I was simply betting that in the event of a moose-upset, I’d be able to outrun my partners.  Since honestly that’s all you ever need to be able to do with wildlife.  A variant on the life rules learned growing up in Washington: You don’t need to outrun the bear, you just need to outrun the other person. 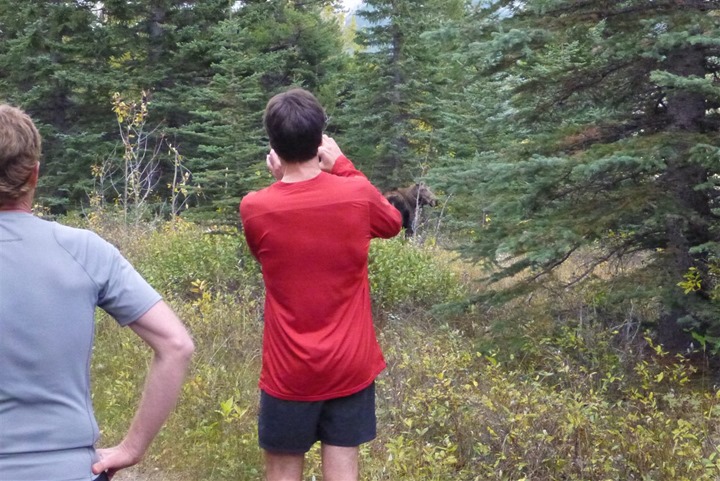 After our moose we headed on down towards a creek where I’ve gone mountain biking in years past. Our plan was to run along the path there back to the main road and then back up to the hotel.

Turns out there were some major floods that did some pretty heavy damage, so no luck going that way.  The fine was a mind-boggling $100,000 for crossing the banner. 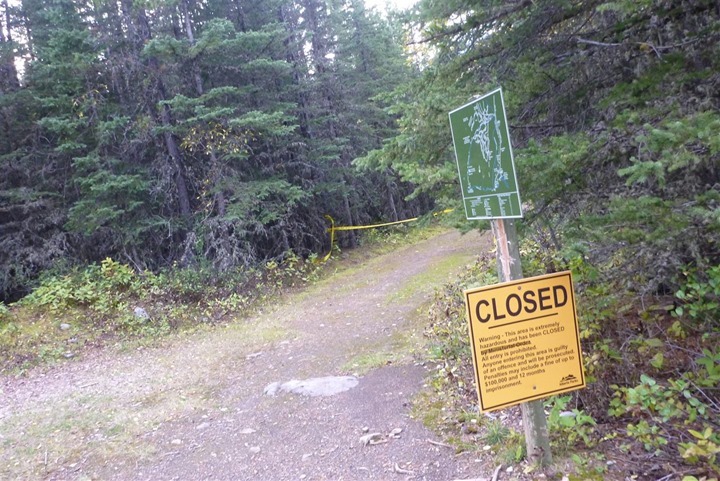 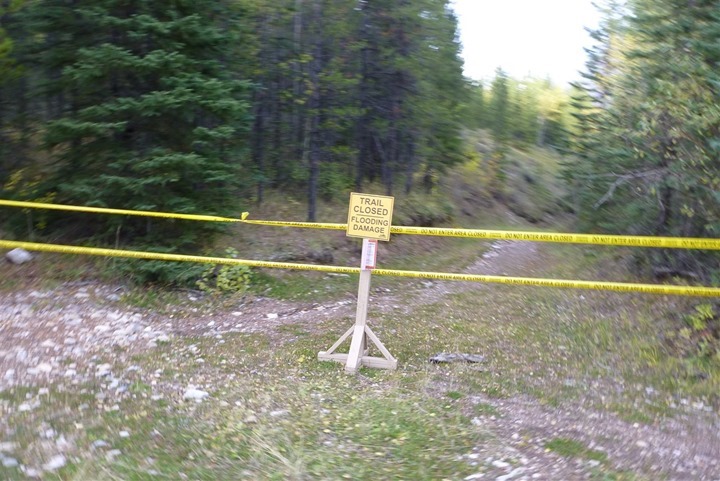 With that option crossed out, we ended up following another trail that led right back to the hotel.  It didn’t have any spectacular views like many of the other trails in the area since it was mostly in the woods.  But, it sure beat city running.  Plus, we saw a deer along the way: 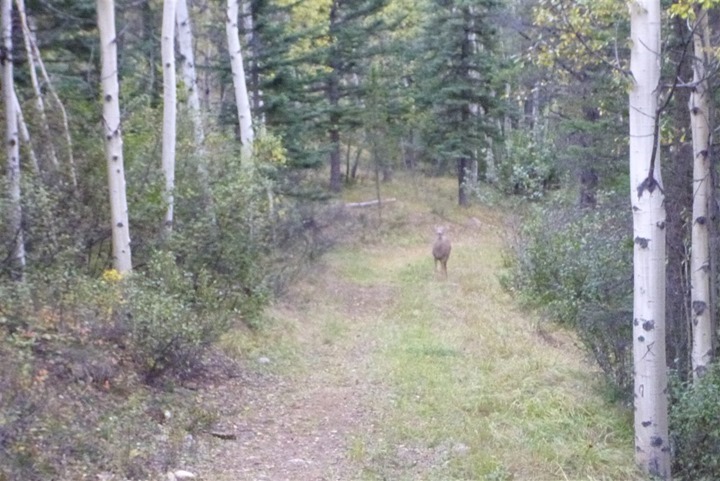 The closure did work out time-wise since it shortened our run quite a bit.  But, with the 10 minute delay of game for the moose to get out of the way it all ended up a bit of a wash.  Plus, I got some interesting data from the run in the unseen gadget.  Good stuff.