The last few days I’ve been up in Kananaskis, Alberta – which is about 90 minutes away from Calgary, into the mountains.  For those wondering where Alberta is, it’s in Canada.  Canada’s that thing that sits between the North Pole and the US.

I was up there presenting at the ANT+ Symposium, which I’ll post as soon as my computer cooperates on posting the 1hr long 1080p HD file.  At present, it’s not cooperating (which, btw, is a trend every year with trying to get my presentation up).

In the meantime, I’ll share you with a ride I did after my presentation.  Actually, I did it twice.  Once right afterwards, and then again on Thursday.  Like a twofer.  These photos are all from my Thursday ride – which I just did solo.

I borrowed a mountain bike from one of the guys there, and set off into the woods.  I was actually really trying to get some good Fenix elevation data, along with comparison data from the Ambit.  The Ambit was not cooperating that day though (elevation related).  Nonetheless, I got lots of good Fenix data.  Actually, two Fenix units worth. 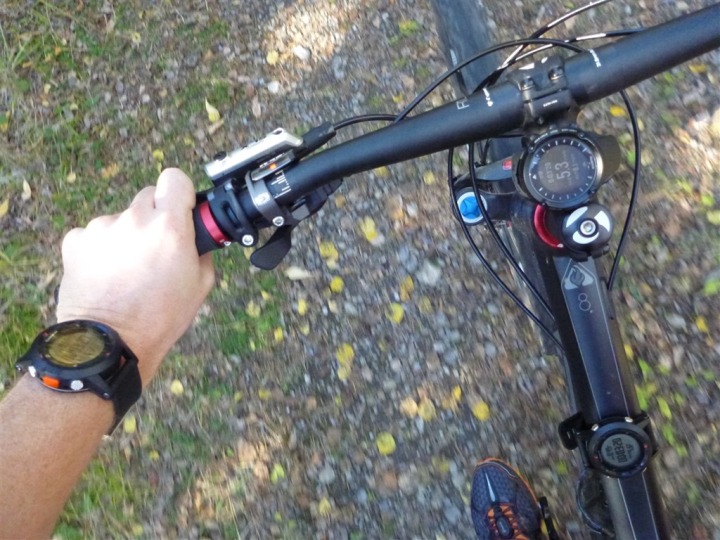 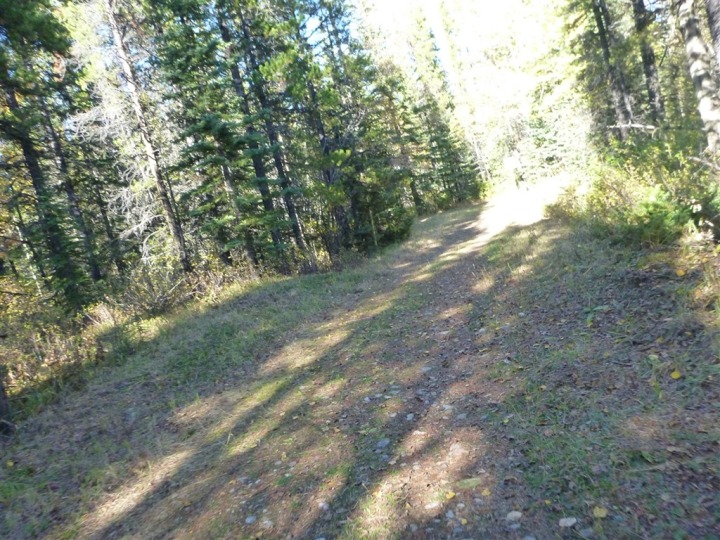 There’s a pretty good map system, which has tiny little ‘you are here’ markers nailed into them – making it easy to wander around. 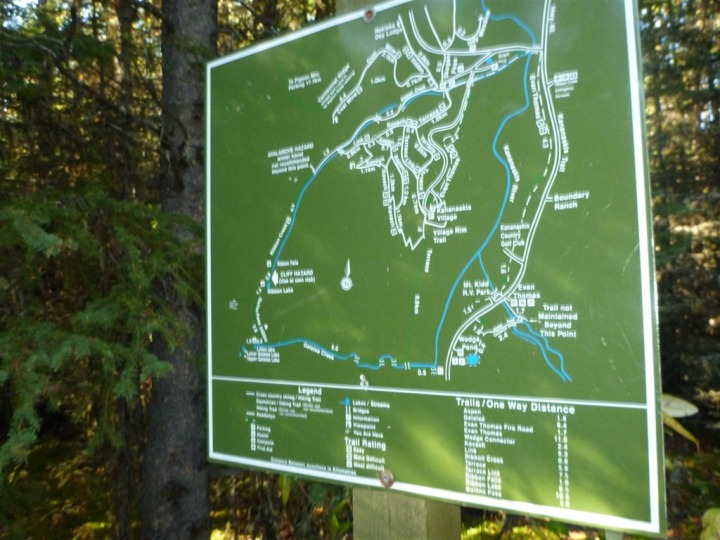 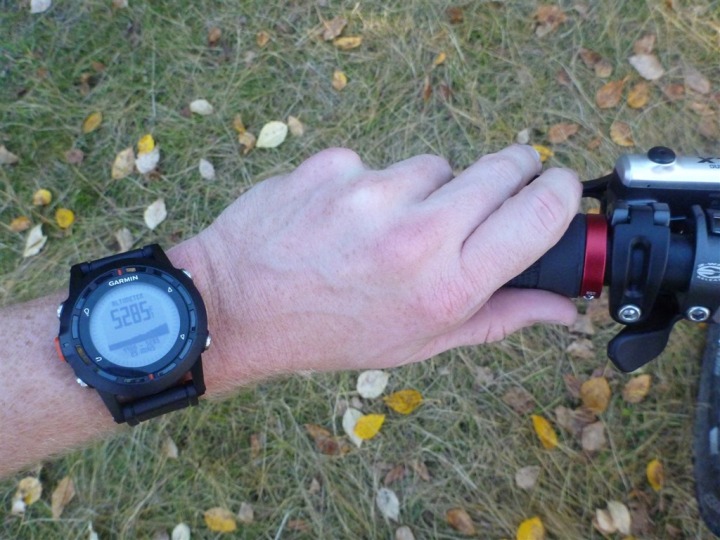 Here’s the view nearby that – certainly can’t beat it! 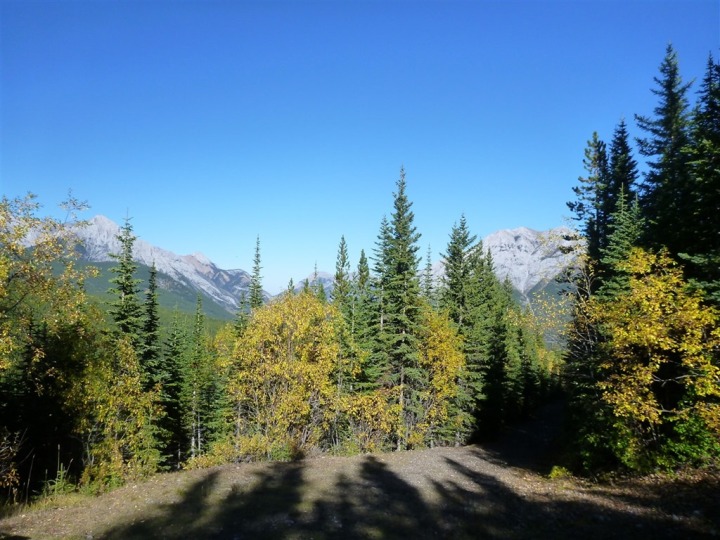 From there it was all downhill back to the base of the valley (which is located below where I stared).  Apparently, these are all ski runs in the winter.  Kinda crazy to see the signs while mountain biking! 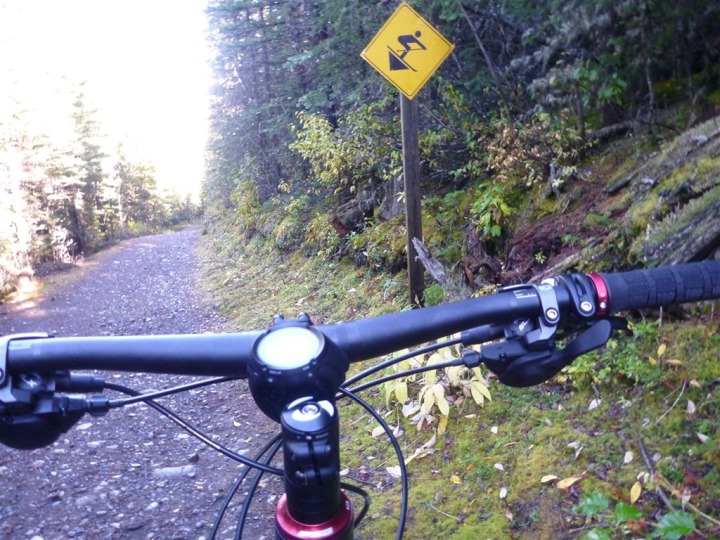 The valley floor has tons of streams and rivers running through it.  It was in these areas where you just wanted to simply move up to this region.  Just incredible scenery. 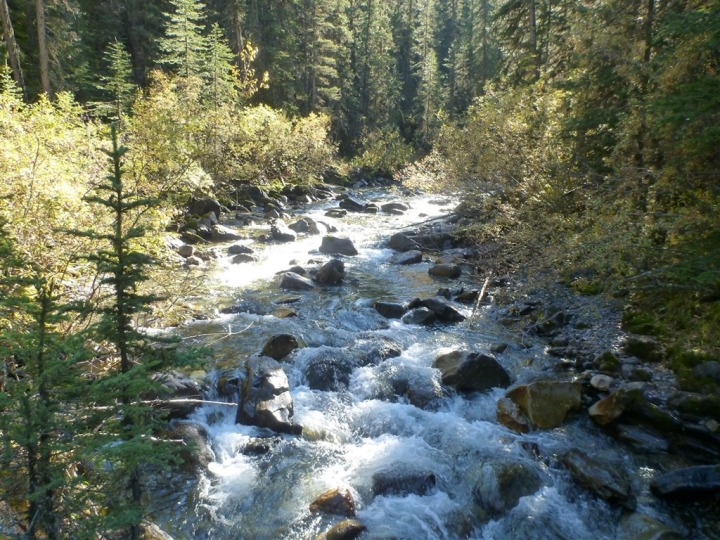 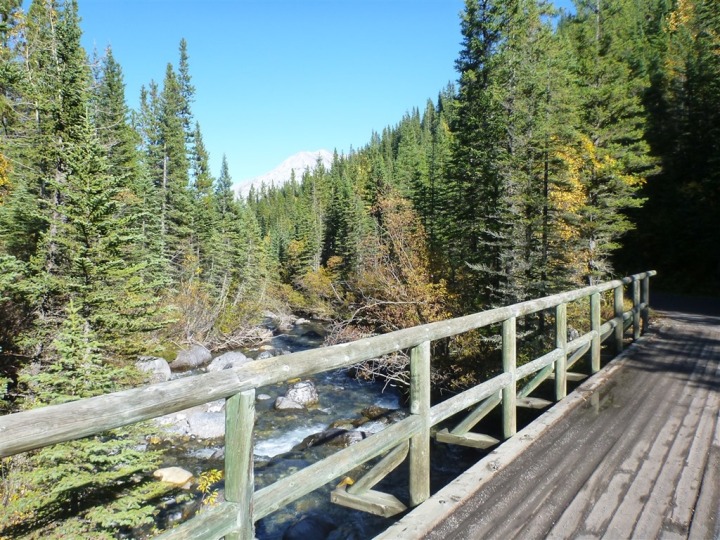 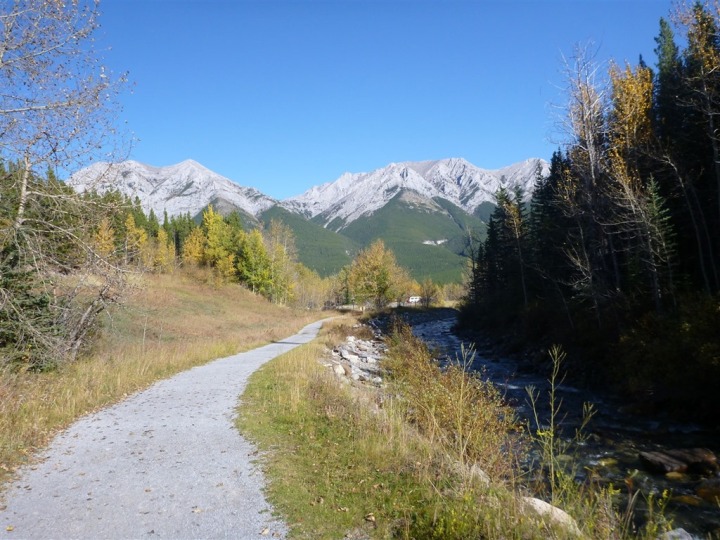 I took along with me (in addition to the Ambit, and two Fenix’s) the Alpha optical HR watch. I wrote about this unit back in July during a short run.  While at the conference they gave me a recent prototype unit to play with.  The unit measures your heart rate at your wrist, optically.  It does not use a heart rate strap.  So far, the data is looking pretty solid – both exercise and just hanging out. In fact, as I sit here on the plane flying home, I have the unit displaying my HR data constantly. 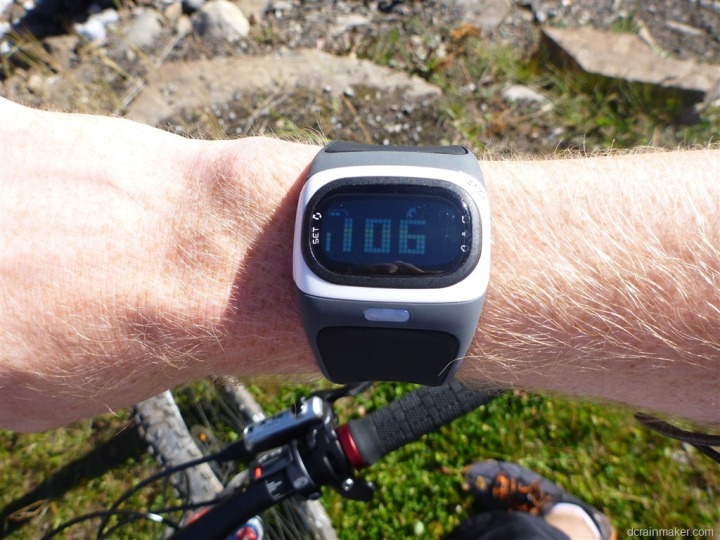 The Alpha has two models, a ANT+ and Bluetooth Low Energy (Bluetooth Smart) edition.  Each one broadcasts your HR accordingly across the given protocol.  So in my case, I have the ANT+ edition which is broadcasting ANT+ to the Garmin Fenix watch.  The Garmin watch thinks it’s just like any other HR strap.  The watch then records the data.  The Alpha would work with any ANT+ compatible unit.  I’ll do a nice long run this weekend and post some of the data afterwards (with a HR strap for comparison).

While up in the mountains in this area, I’m always on the lookout for animals.  This year though, the pickings were a bit slim – with only seeing a few deer.  No bears for me. 🙁 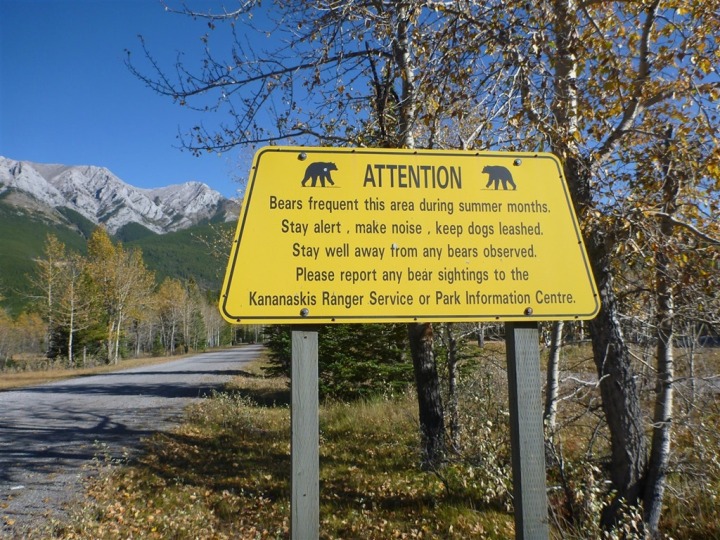 Instead, I’d just have to do with views like these: 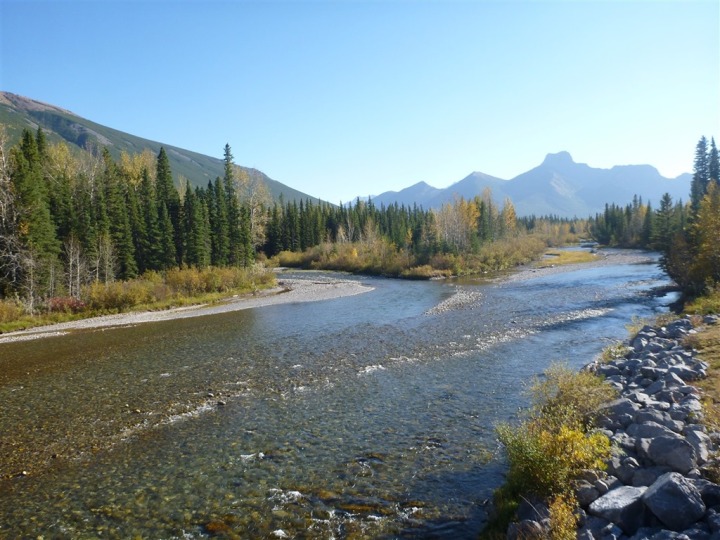 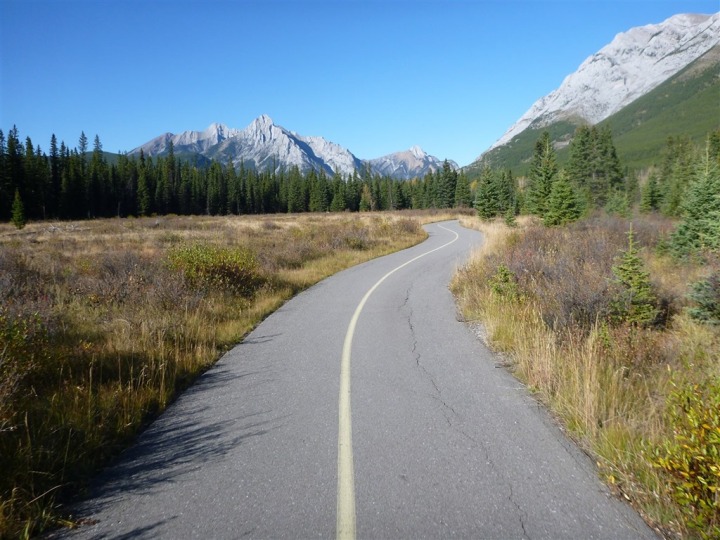 With the upper elevations being both higher and shrouded in trees, it was a fair bit cooler there than down in the valley along the river with open sun. 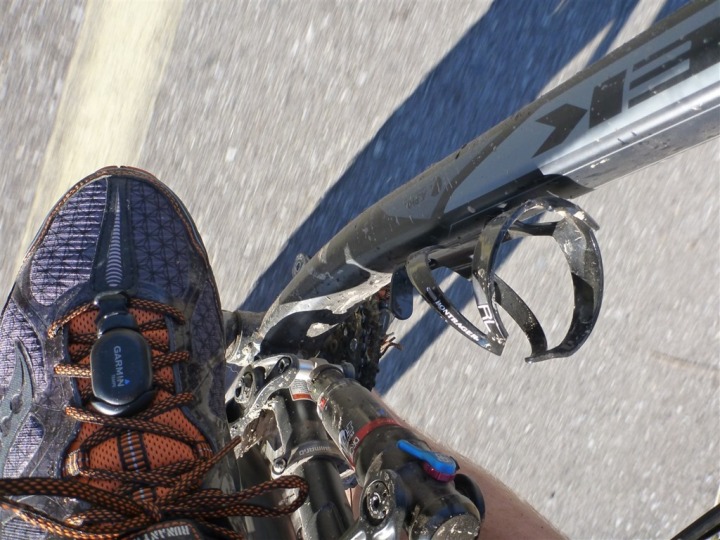 All in, both rides lasted about 1hr to 1hr 15 minutes – about all I could fit in with the incredibly busy schedule that I tend to have at the conference.  Lots of good meetings though with lots of people.

With that, I’m headed back to France to enjoy a week at home…thanks for reading!