When it comes to races, it’s always highly advantageous to be able to pre-run or pre-ride the course ahead of time, especially if you don’t live in Florida where everything is pancake flat.

In this case, I’d be running the most important sections of the Paris-Versailles race (~15K/10mi) that I’ll be running at the end of the month.  The event attracts 25,000 runners and is one of the big three running events in Paris each year (along with the half marathon & marathon).

Last week I tackled some of the hills on the route on a weeknight, but as it would turn out that was really just the tip of the iceberg.  So this weekend my coach converted my long run into a race preview route.  I’d start from the house and then continue for about 10K (6.2 miles) until I joined the course early into the race route.

The Girl is also running the race, so she decided to follow along on the adventure.  Obviously, she was pretty excited about the prospects for a 15-mile hot and hilly run: 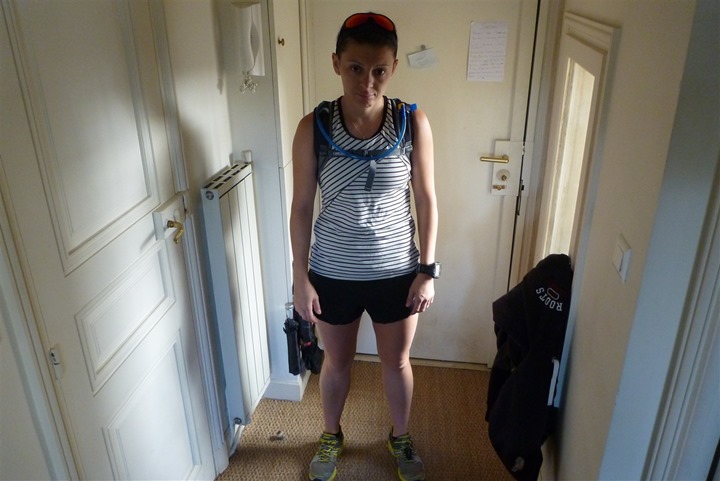 So, we headed outside to a quiet Saturday morning and got satellite reception for our watches. 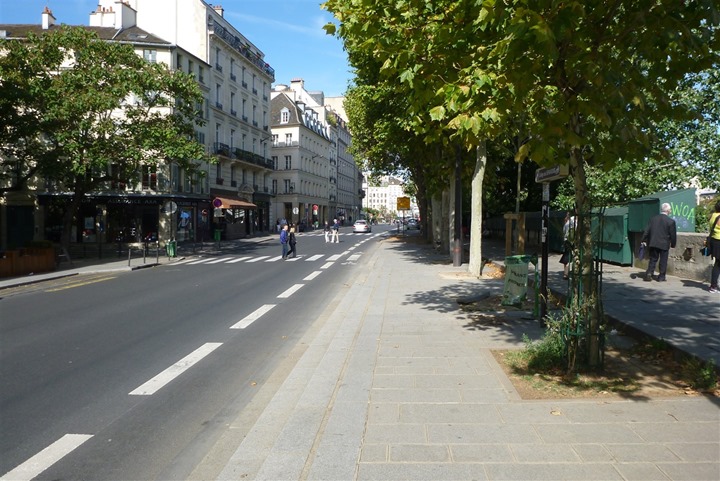 From there it was running along the river for the foreseeable future.  We’d start at the same time, but had a meet-up point at the train station scheduled for 2 hours after we pressed the start button. 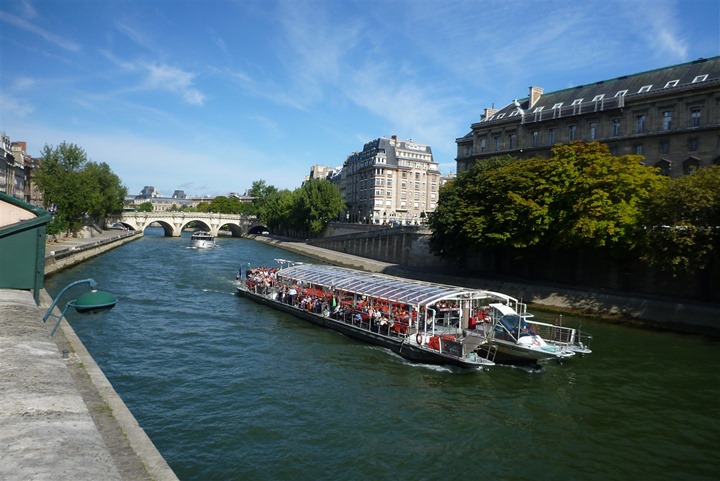 We’d drop down into Les Berges, which is the new river park area that opened up back in June.  It used to be an expressway. 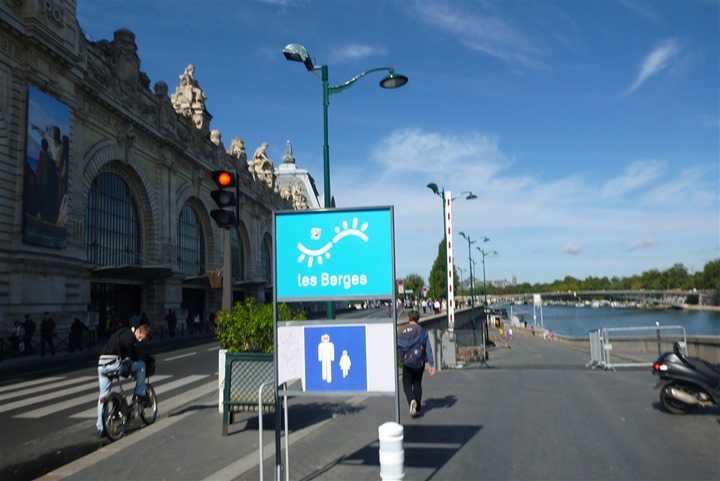 There were plenty of groups out running, along with numerous other groups doing other things: 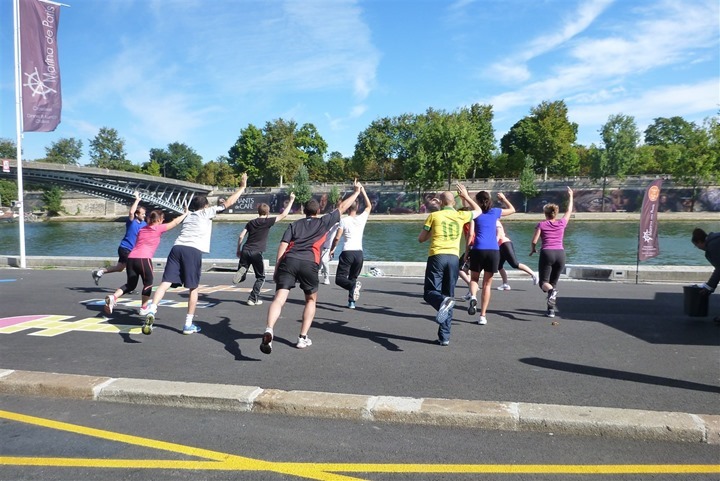 I resisted the urge to sprint the 100m dash, simply because my coach would likely have asked for clear reasoning and clarification on why there was a random yet massive heart rate spike in the middle of my otherwise easy Z2 GPS file for that section. 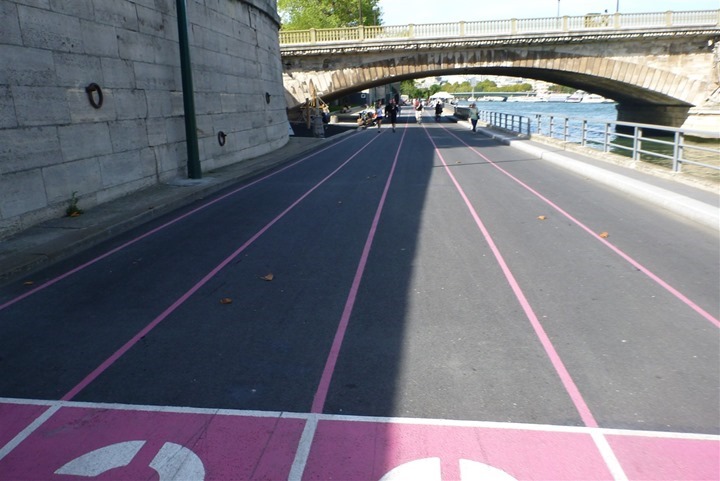 There’s still some construction towards the end of the Berges, so I popped up right at the Eiffel tower, and then continued along up higher for a little under a mile before dropping back down to the river. 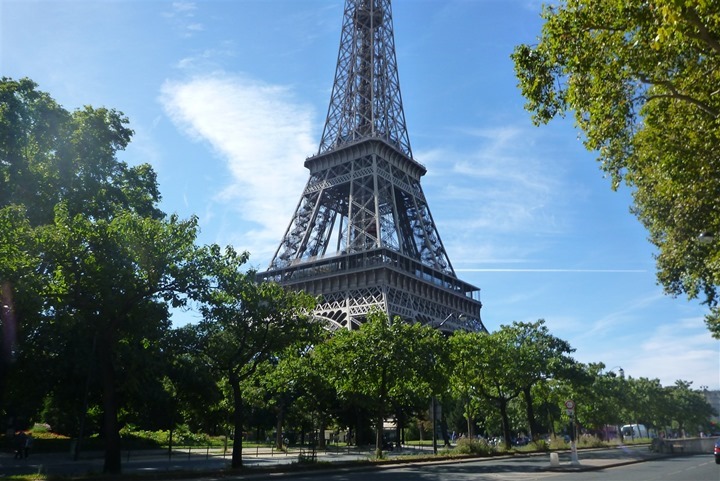 I did make one highly efficient detour though to pickup a water bottle at Subway.  I had been unable to find the water refill spots that were in the Berges, so I needed some water before I got away from the city areas.  I was pretty proud of myself though, it was right along the way and I was in and out in under 90 seconds – including credit card payment! 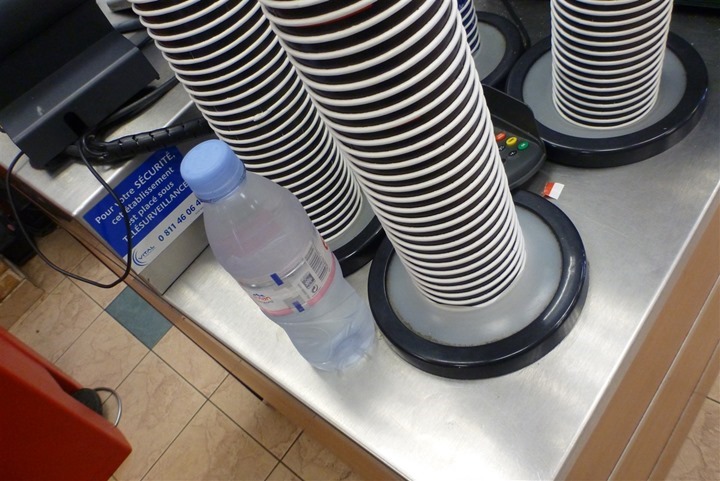 After running along the river for a ways I made a turn a block away from the river and jumped onto a street that leads straight into the massive 2-mile long hill.  The actual race course stays a block away along the river until meeting the hill, but with lots of construction this is a better option with identical terrain. 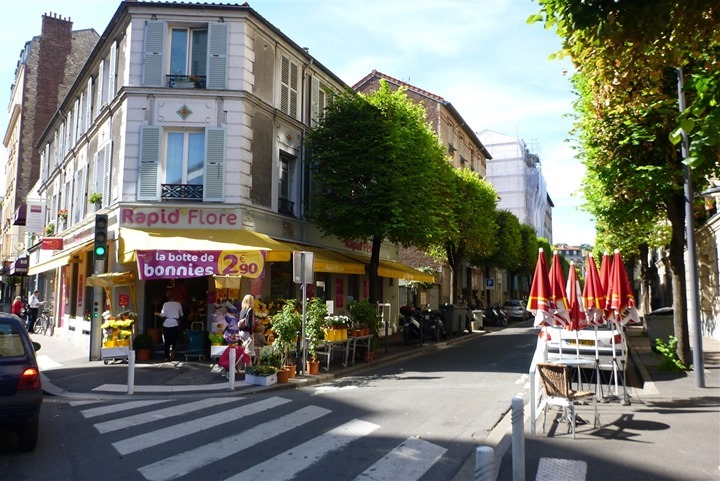 It’s at this juncture that I referred to my printed instructions for the run.  Up until this point I had been running Z2.  But once I hit the hill I’d be shifting into race intensity for a while.  I had taken the map of the route and overlaid some instructions using MSPAINT onto it and printed it out for both of us.  The only one that turned out to be incorrect was the 13mi part, it was a bit further than that (since the race ends a fair distance short of the Chateau), and I’d tag on more after finishing the course. 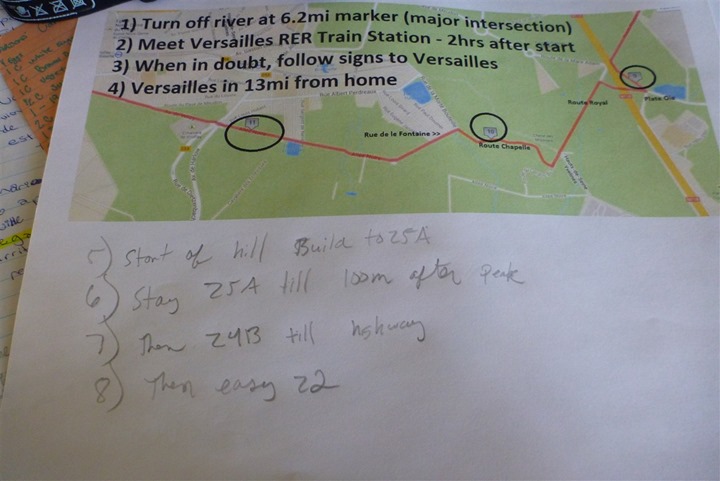 With the paper handy, the hill starts: 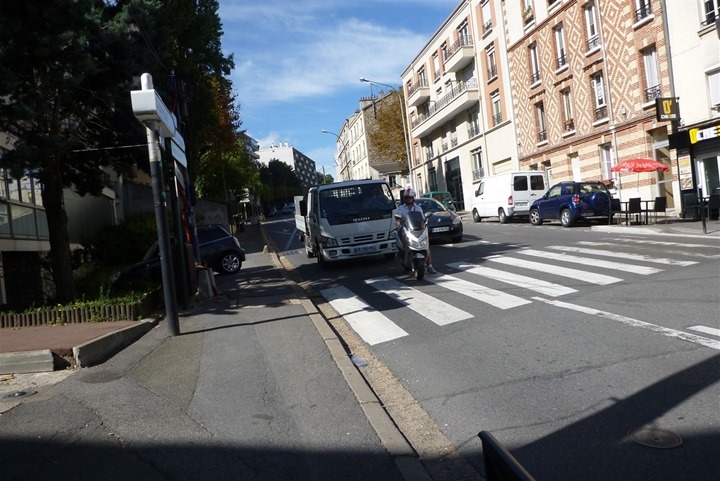 It twists around, but keeps on going: 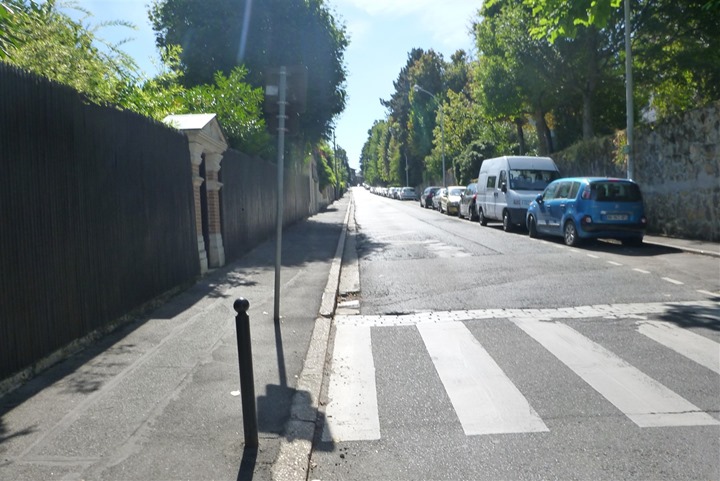 And going some more. Obviously, it goes to the right.  You can see runners up there. 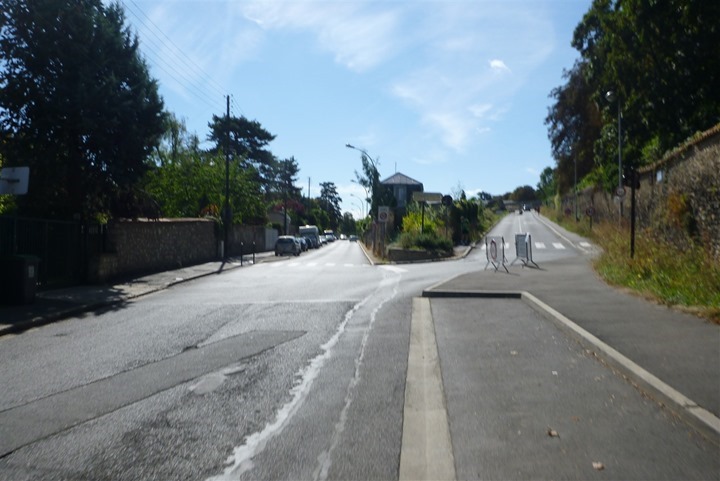 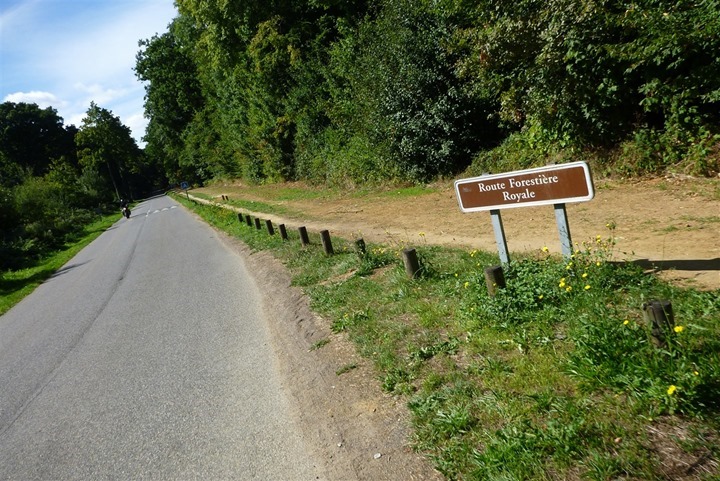 The route in this area is mostly quiet roads in a larger park. 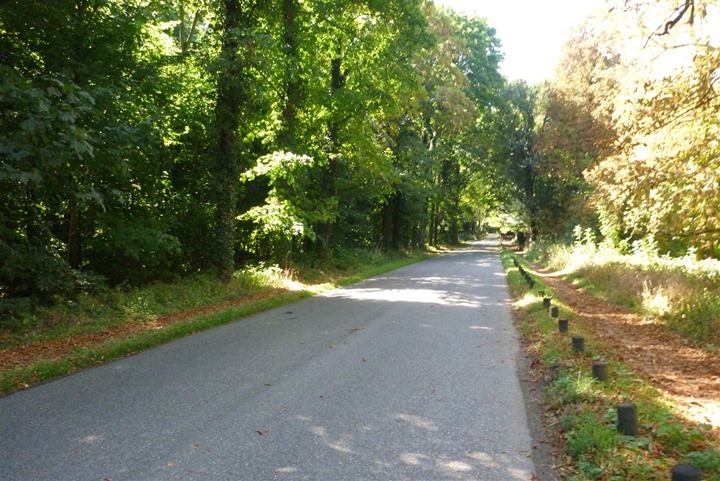 Eventually a portion of it turns to hard-pack dirt.  I wondered how this works out with 25,000 runners and a bit of rain. 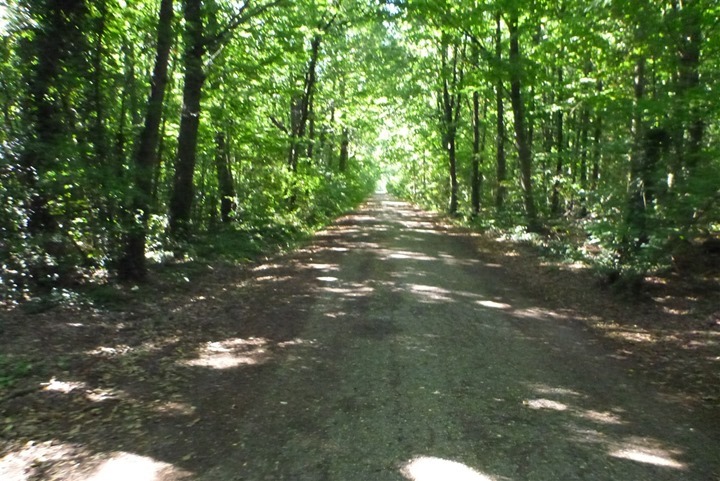 After a number of miles you pop out of the woods near a pretty pond.  It was rather warm this day, so my brain was definitely wishing I could just go for a short dip.  Though I suspect like virtually every body of water around here – it probably wouldn’t be allowed. 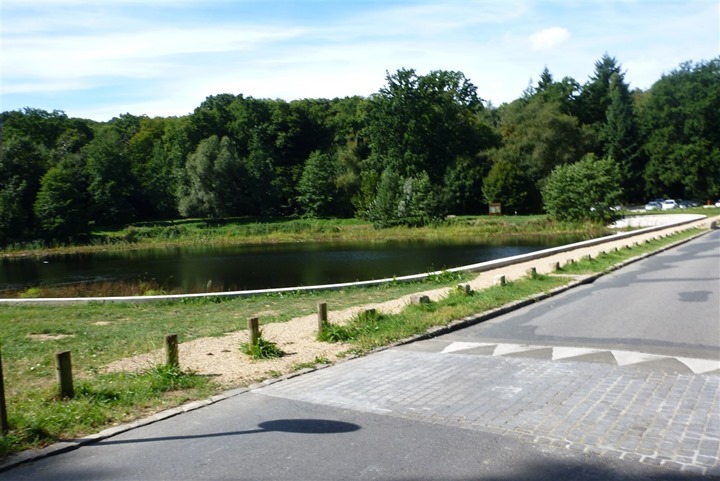 In between the above photo and the below photo I found a number of other unexpected hills.  You can see one of these around the 11.5 mile marker on the graph below.  That one hurt a lot, despite being only a few hundred meters long.

Finally, the entrance to the town/city of Versailles: 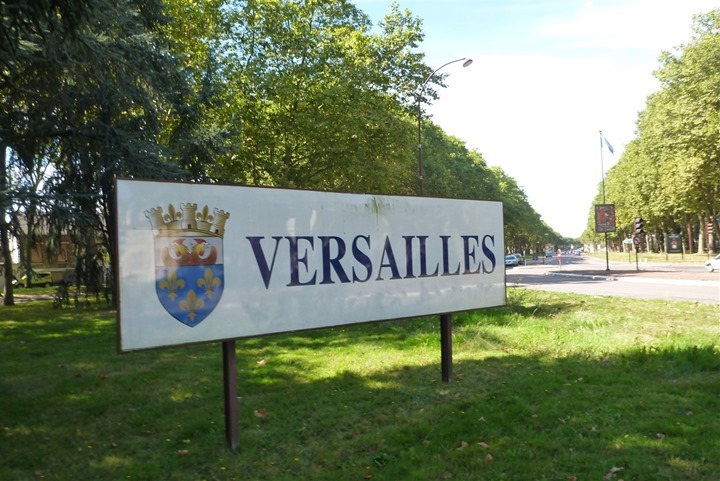 Except, it doesn’t really end there.  Instead, you keep on climbing (as you can see in my elevation chart).  I think this was the biggest takeaway for the race – the whole last mile really is all slightly uphill (on that chart, the finish line is about at the 13mi marker). 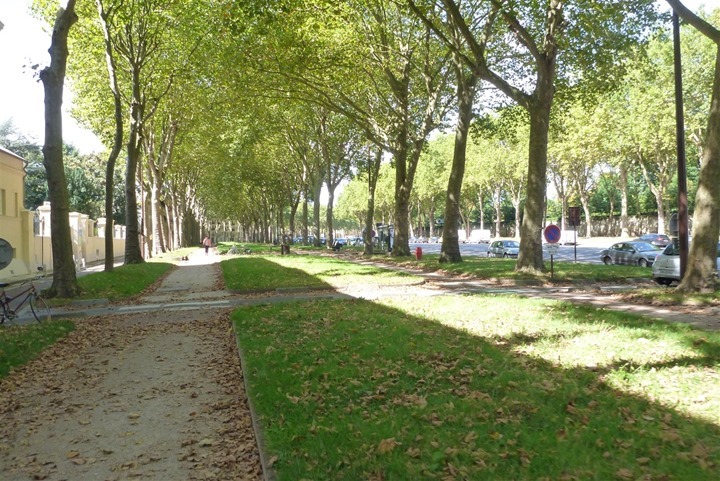 Of course, I kept on going after reaching the race finish line.  First, I ran towards Chateau de Versailles: 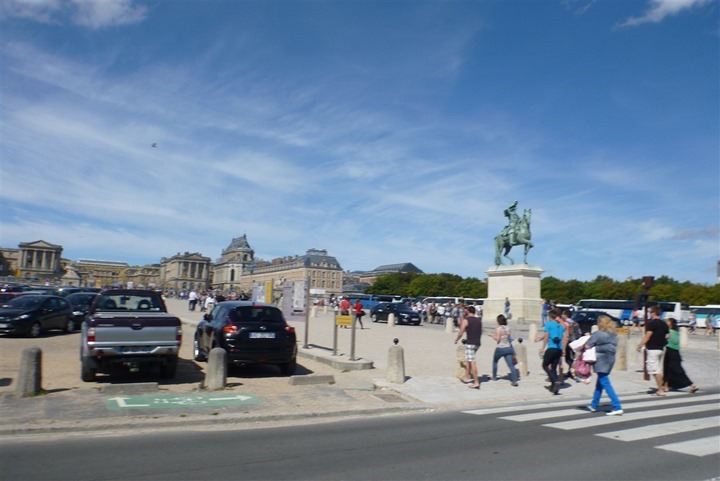 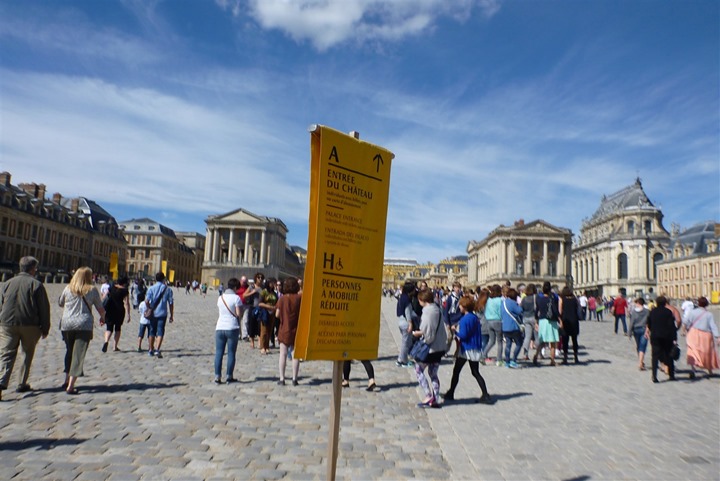 As you can see, it’s a bit of a popular attraction in these parts. 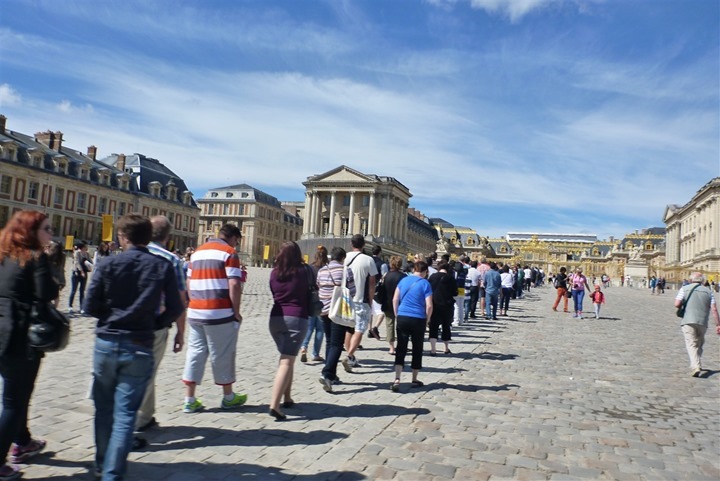 I ran all the way past the lineup to the main gates, and then turned back around again: 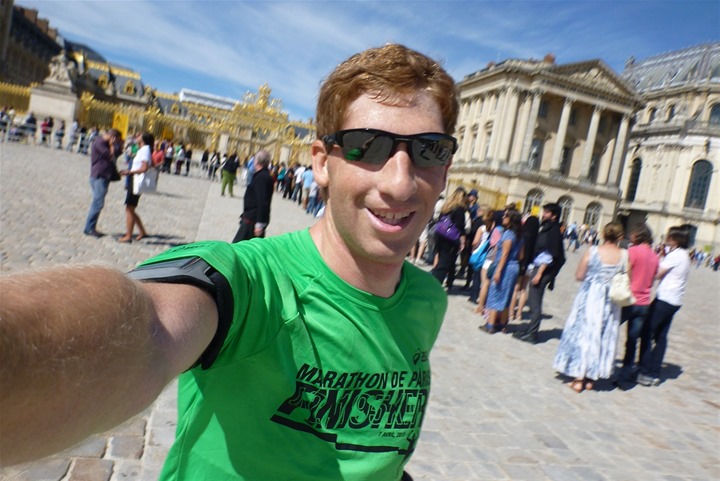 Then I ran over to the train station, where I completed the main portion of my run at 1hr and 50m. 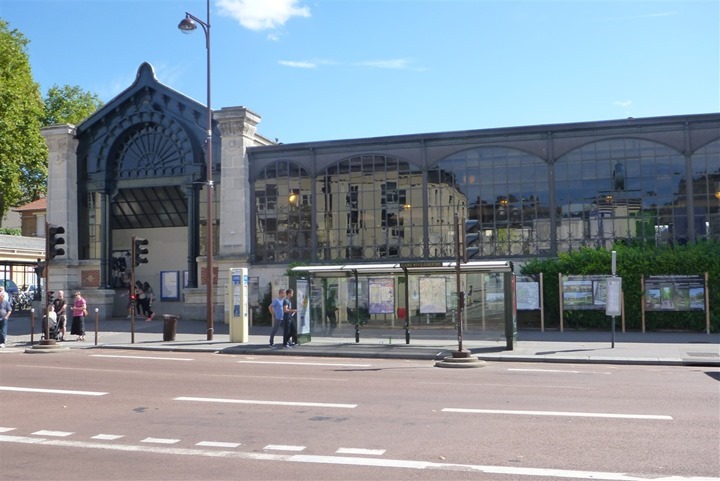 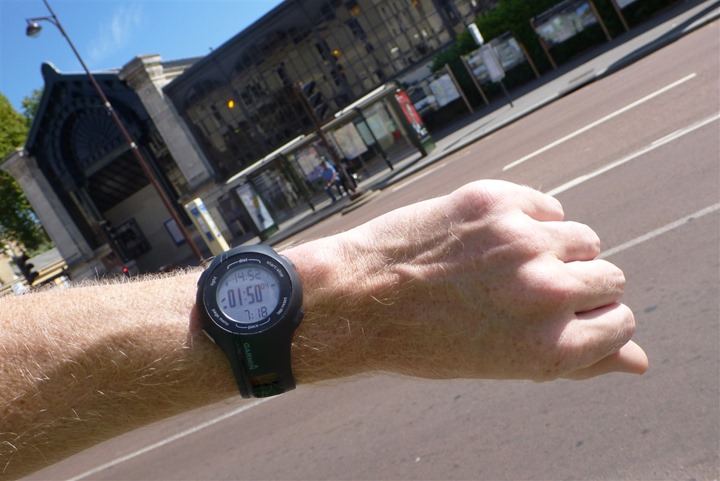 But I still had a bunch of quick sprints to do.  So I’d spend another 12 minutes off on a quiet stretch of pedestrian pavement below these trees doing short 30” sprints at about 5:00/mile.  I created a separate GPS file for this simply because I wanted to be able to look at my pace averages on the main run without the rest breaks of these short 30” intervals. 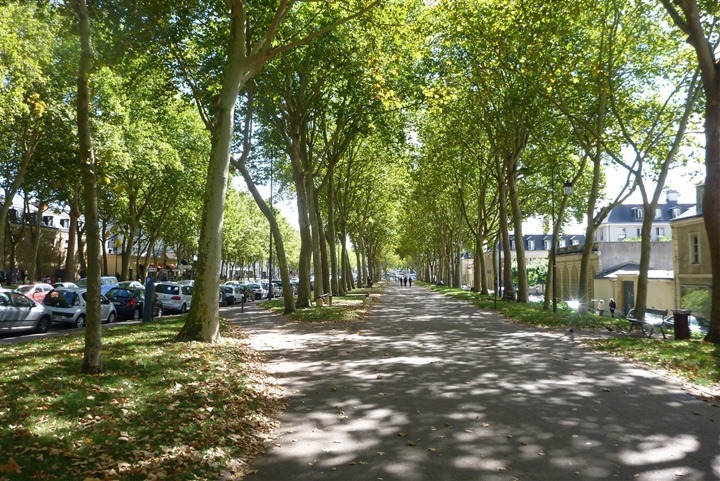 Finally, running for the day done. 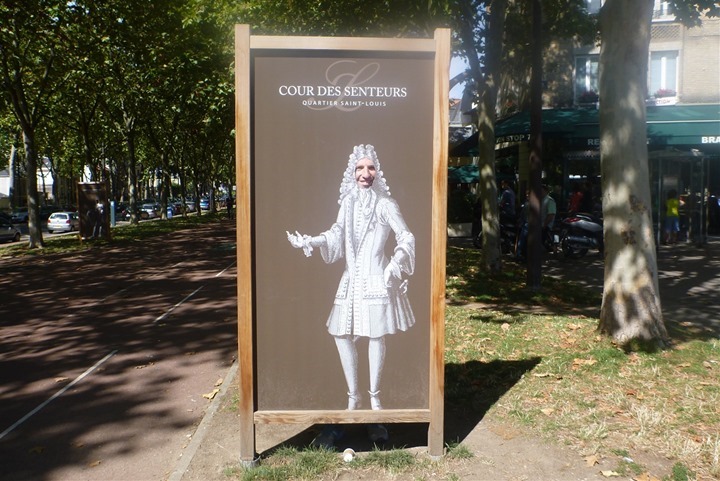 Uhh, no, actually, let me try that again…done: 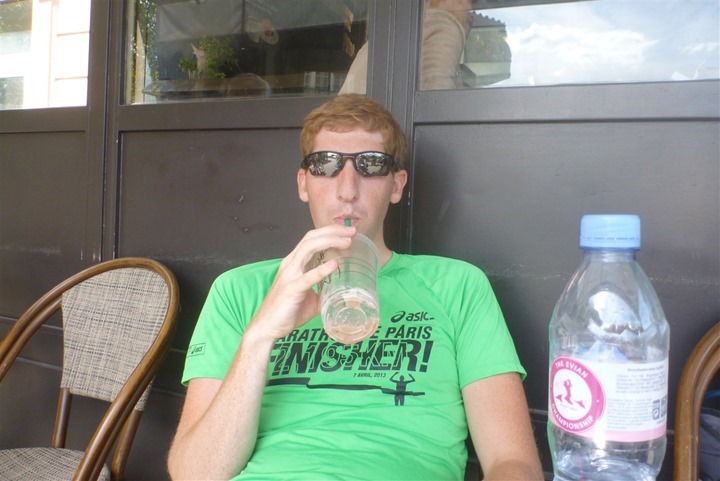 After our Starbucks visit we wandered back to the Chateau for a quick photo: 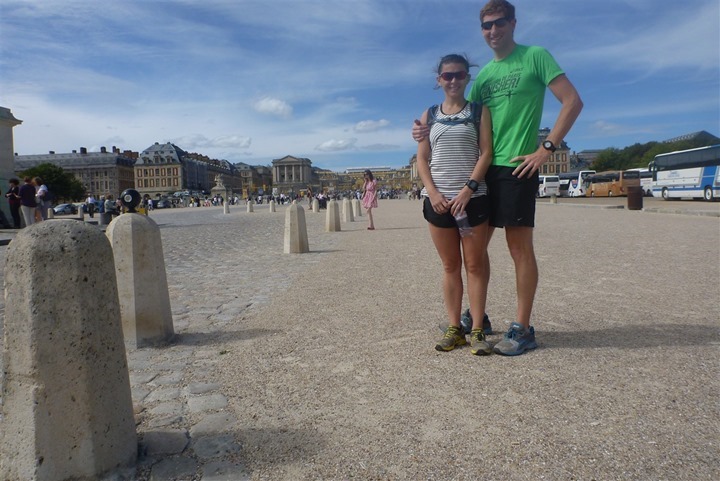 Then we grabbed the train home.  It costs about $3 and takes about 35 or so minutes. 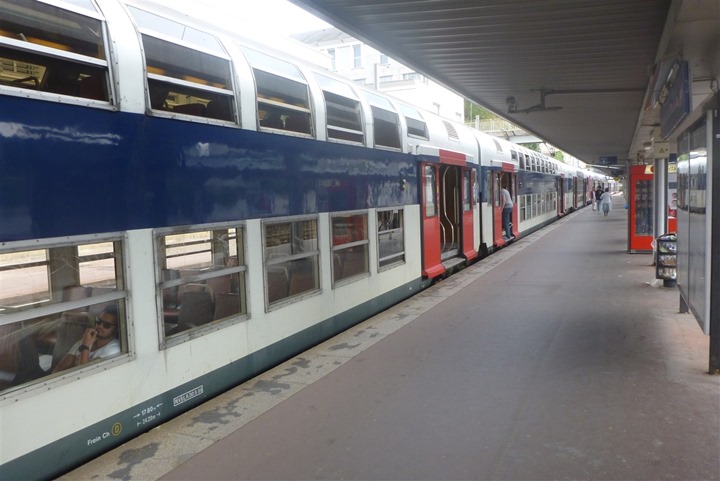 Next week I’ll repeat the same route, except this time I’ll extend the high intensity section further than before.  Had there been even more time in between now and the race that pattern would likely continue, but, hopefully between the long-run tweaks and the weekday hill repeats workouts on the course itself, I’ll be able to minimize the impact of that gigantic speed bump in the middle of the course.

Thanks for reading!  Have a great week ahead!