This upcoming week on Monday (tomorrow) begins two different sales.  As always, this little section is ad hoc as I see good stuff worth sharing.  And everything below supports the site.

Garmin FR310XT down to $169US: This is a bit of a return to the low prices we saw a little over a month ago.  Again, as I noted then, I suspect it’s primarily in response to other companies releasing triathlon watches.  Also as noted then, there’s nothing coming this year to replace the FR910XT (which is the newer variant of the FR310XT).  While this FR310XT won’t qualify for the DCR coupon since it’s considered deep-sale, it does still support the site.

Again, BOTH of these deals start July 1st, tomorrow.  The FR310XT one lasts 10 days, the Edge one lasts a fair bit longer.

1) A must read – the missing Kimmage defense fund: A surprisingly in-depth article from Bicycle Magazine on where all the money went to that was meant to assist cycling writer Paul Kimmage.

3) Giraffe chases after safari vehicle: This was interesting on two levels.  First because the second video there is crazy.  And second because of the whacking of the giraffe necks, which reminded me of what I saw a few years back in Kenya.

4) Pioneer Power Meters on some Tour de France bikes: Interesting to see the Pioneer units on a handful of bikes within the tour this year.  I know they’ve been doing  a lot of work signing up more elite riders, and this likely sponsorship is in line with that.  Oh, and the piece itself is mainly an interesting look behind the scenes on covering the TdF this year from Corsica.  Speaking of Le Tour, here’s a fact sheet of trivia numbers.

5) Garmin Edge 705 to Edge 500-style mount converter: A reader sent this in via Twitter this week, pretty interesting.  A little doohickey that allows your Edge 705’s and Forerunner 305’s to mount to all the common quarter-turn mounts these days.

6) Surviving a really bad snake bite in the jungle: A pretty interesting look at what happened when one of Discovery Channel’s producers got bit by this deadly snake – step by step.

8) Google developing gaming console and smartwatch: In case anyone was wondering where those Motoactv developers went to after the acquisition…

9) 9-Months pregnant and winning kayaking competitions: Well then, there goes my excuse for being lazy on a brick.

10) Engadget goes hands-on with the WearIT Watch: This is sorta an interesting one to watch from the sports standpoint, though I think in it’s current form factor it’s a bit bulky and too child-like looking.

11) How to analyze a Tour de France power file: The folks over at Training Peaks give you a walk through of how they’ll be analyzing all the power files they’ll be getting over the coming weeks from the TdF.

$9 Cardboard Bike…for not $9: There are few types people in life that I strongly dislike.  But ones that are deceptive and misleading are highly up my list.  This being the perfect case of one.  A year ago they came out with their widely promoted idea of a $9 cardboard bike (including production costs).  Now, as it hits crowd-funding, it magically jumps to $290.  And despite how their site may read, this has nothing to do with benefiting those less fortunate (as when you’ll read carefully you’ll see no money or bikes gets donated).  Instead, it’s about producing a $290 cardboard bike.  Next, we layer in a significant dose of arrogance.  They’ve set a $2,000,000US funding goal.  Are you #@$@#$ serious?  Oh wait, we’re not done yet.  Next, is the date – March 2015! Yes, for those counting at home, that’s 21 months from now (no, 2015 wasn’t a typo).  This is really as close to scam-artists as you can get.

So in summary, they couldn’t find any investors because everyone likely laughed at them after the price went from $9 to $290.  They believe (by virtue of their funding goal) that they can’t get scale for $290 bikes until they sell $2M worth of them.  And they clearly have no idea even how they’re going to produce it if they need 21 months to do so. Thus, you can see why I’m slightly happy that only a handful of people have fallen for the project, netting only $20K, or 1% of their goal.

The Kreyos Smartwatch: Another week, another Smartwatch.  Though, this one does include ANT+ in it, as well as Bluetooth Smart – and all sorts of other sensors and input recognition types (like gestures and voice).  It definitely appears far more focused on sports than most other smart watches we’ve seen.  Plus, pricing at the more reasonable roughly $100 point.

The Kitchen Safe: So, perhaps you’re working on getting down to race weight and need some re-enforcement.  This safe seems to do it for you (and at a fairly reasonable price).

Lightrider: A bike light that lights up both the road, and you (with your fluorescent jacket)

Suunto releases Ambit (original) firmware update: This is effectively the ‘last’ major update from them, focusing on new features and functionality, helping to bridge the gap a bit to the Suunto Ambit 2/2s.

Garmin Connect June 2013: Added Calendar Publishing to Outlook and Feedback form (basically, they want to hear your bugs on GC).

RaceShape adds new zoom levels: You’ll remember this is the software I talked about a few weeks ago for Strava route planning, with my single complaint being inability to zoom further in… 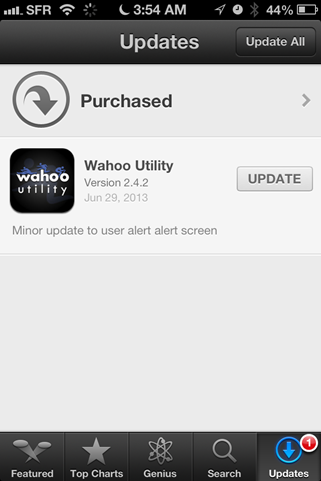 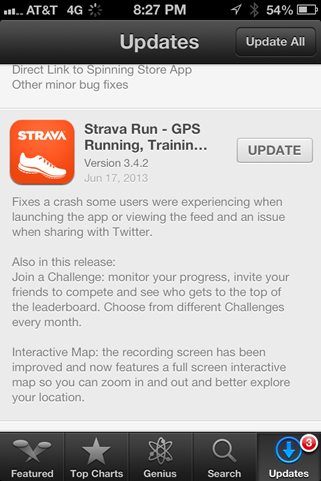 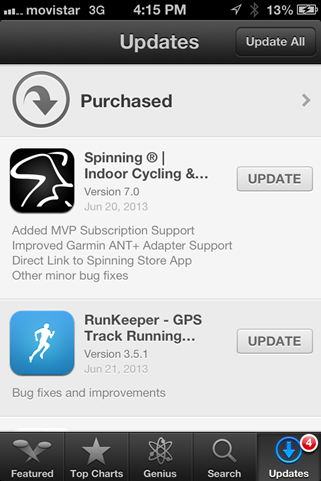 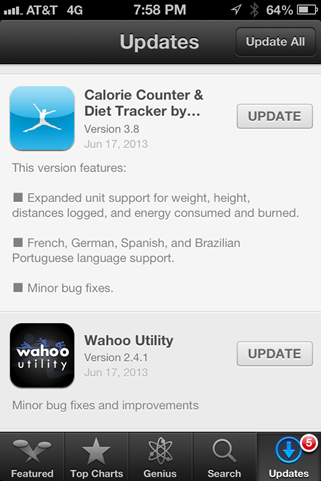 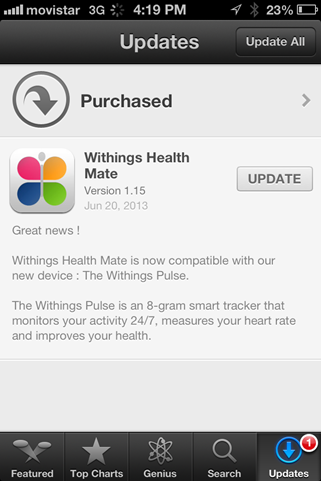 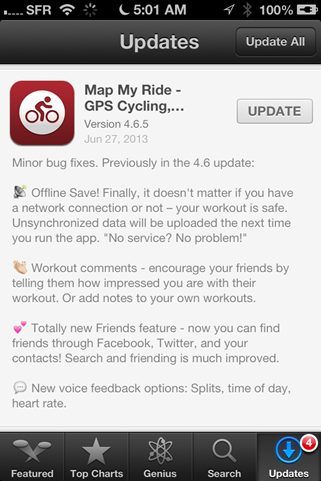 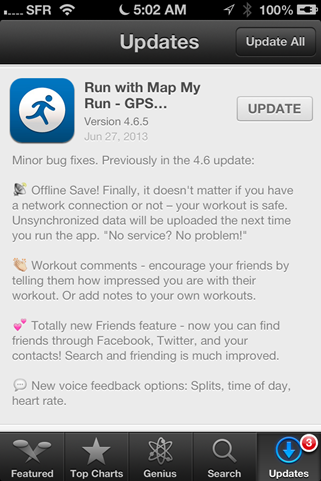 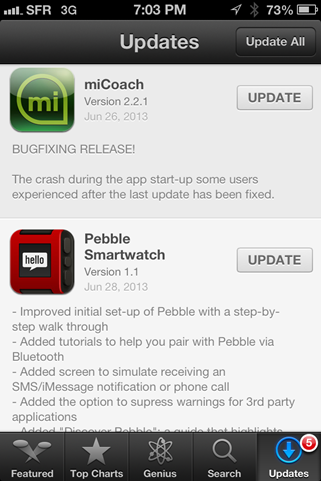 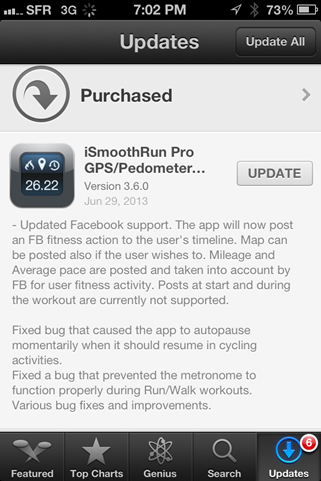 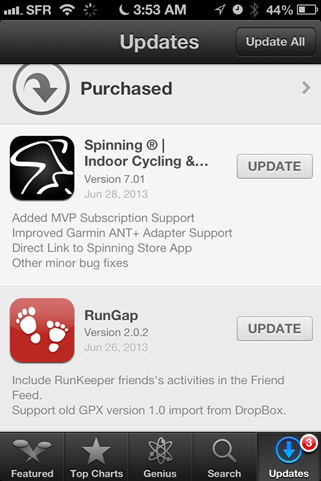 Note: I’m troubleshooting my Android phone at the moment, so check back later today once I get it all updated and happy.

I saw no sports-related Windows Phone app updates this week come across my phone.