DCRainmaker.com posts this past week:
A wide variety of posts this week covering quite a range of stuff. Here’s what made the main stage:

Slowtwitch.com Weekly Sports Gadget Mailbag this week:
This week I cover the following topics over at Slowtwitch as part of the mailbag series. You can go ahead and read it all here:

This week I mixed it up and did an “Interbike Sports Technology Preview” post. I cover power meter technology, new head units, and the proliferation of apps.

You can read all my past weekly mailbags at Slowtwitch here. Or the pre-Slowtwitch days here.

1) Going to –110*C for athletic recovery…seriously: And you thought the ice bath was bad.  This ain’t got nothing on stepping into the coldest space on earth.

2) ITU coming to San Diego in 2012: Great to see the ITU coming back to the states after skipping out the past two years following the ITU event in Washington DC back in 2009. Hopefully this trend will continue in the future.

3) Chrissie Wellington’s thoughts on the Kona Pro Ranking System: Great to see some of the long course leaders giving some open and honest feedback about the system. It would be easy for someone in her shoes to simply say that ‘all’s good’, so it’s good to see her defending others not as fortunate.

4) A look at how Pro Cycling teams can and can’t merge: A good piece by one of the founders of Cervelo on the recent merger planned for Team Radio Shack and Team Leopard-Trek – and why it’s not quite as contractually simple as it seems.

5) Capital Bikeshare (finally) expanding to The Mall: For you non-DC folks, this may seem odd, but in short up until now the National Park Service (which runs The Mall), was against allowing Bikeshare onto it. Great news to see it making progress!

6) Hy-Vee Race Report from Ben Collins: You may not know Ben, but he held the race lead from early into the bike until the second lap of the run.  He also won the NYC Triathlon this year.  A great post on going balls to the wall till you drop.

Since some folks were curious about the van that ended up beached about a 100y from my place after the flooding yesterday.  Here’s the unfortunate vehicle.  Its journey began a little over 2 miles upstream parked near a Home Depot, before going river bound and ending up across the street from my place.

It actually made it through a slew of huge drainage pipes below some railroad tracks at the 1.5 mile marker – really impressive. Fear not, police checked the vehicle and found it vacant.  Friday night we watched as they removed it from the river.  Here’s a handful of photos from that: 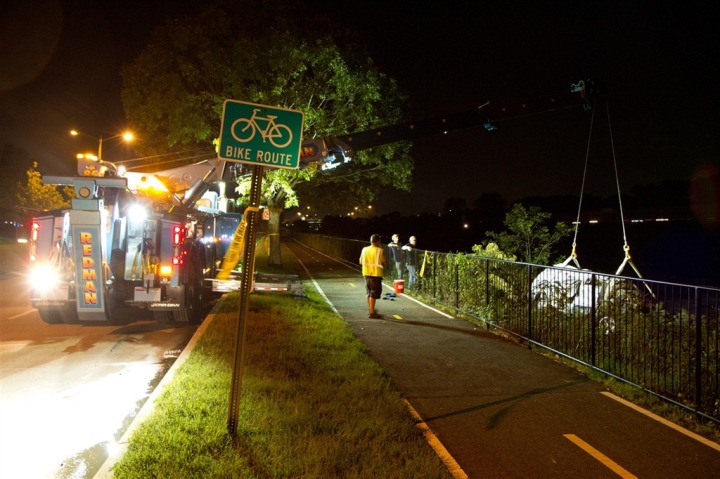 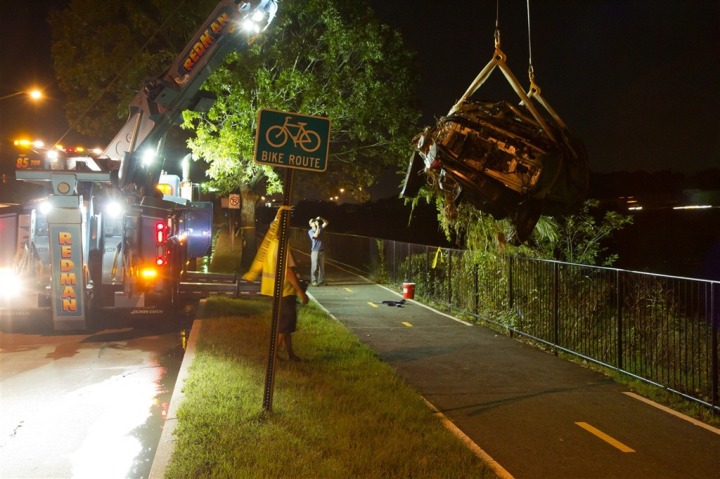 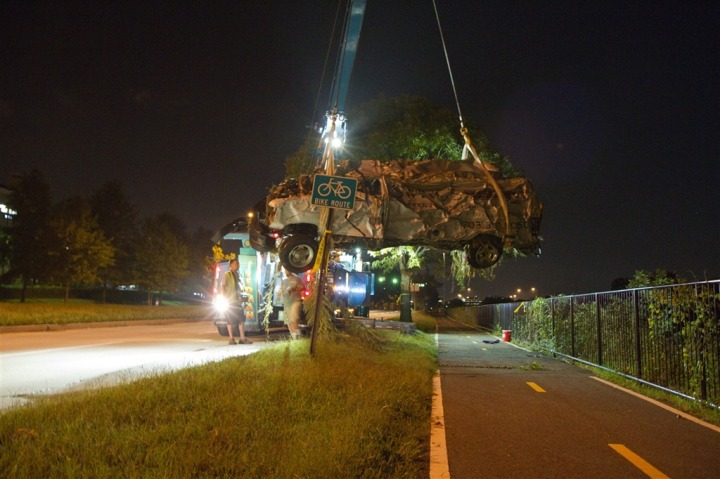 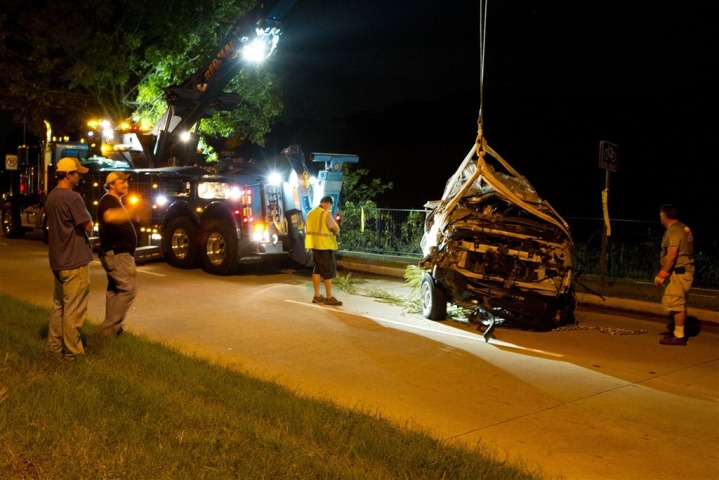 Have a safe and enjoyable weekend all!