This weekend was pretty packed with goodness. From flights to near-20 milers (running) to a full house sit-down dinner.  Let the games begin!

On Friday evening we flew up to Connecticut for a Saturday wedding – this would be the 5th wedding thus far this year (including our own), it’s clearly the year to get married!  Coincidentally, my parents had just celebrated their 31st wedding anniversary a few days prior, so The Girl made them a surprise cake (at home, and then actually took it on the plane up to Connecticut).  Here’s a quick photo of it, but you can see and hear all about the details over at her little baking world. 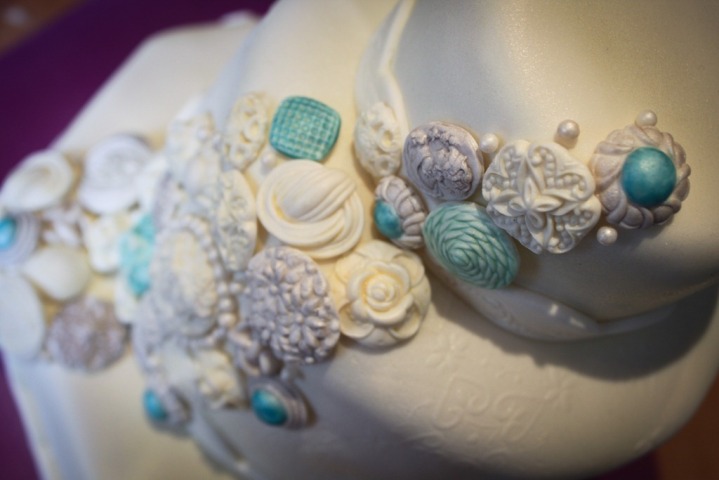 Now before we could get to the wedding on Saturday evening, we had to knock out our long run Saturday morning.

We lucked out in that the route we choose was almost entirely in the shade – so despite starting a bit later that we intended (around 10:45AM), it was still quite reasonable temperature-wise since there was no direct sun for the majority of it.  Probably the sunniest spot was where I took the below photo: 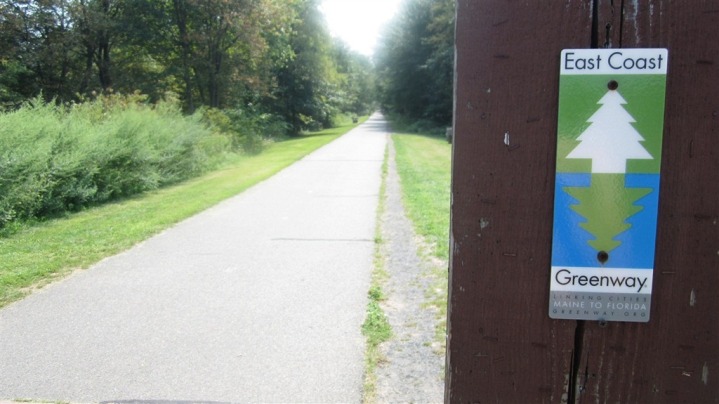 The route was a simple out and back on a bike path near Cheshire, a little over 9 miles out, and then the same coming back for a total of about 18.3mi. For some reason I prefer out and back courses for long runs.  I think it’s the mental game of “Once I get my butt out there, there’s really only one choice but to run back”.

Once I was back though, I felt pretty much like the below photo illustrates. I actually felt pretty good during the Z2 portion, though the upper intensity stuff put a dent in things – which is fine, that’s sorta the goal. 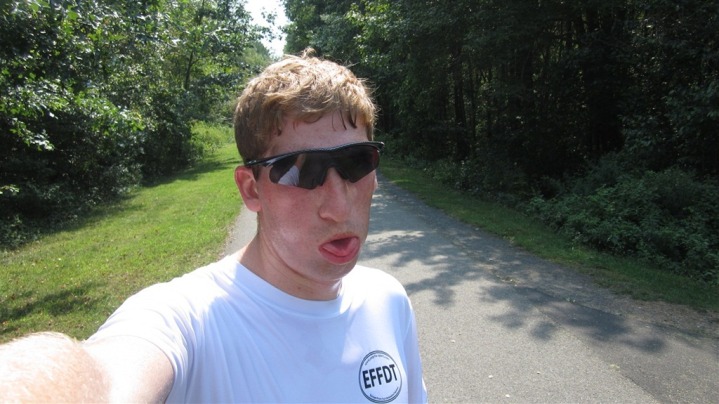 From there we headed out to Milford, Connecticut (near New Haven) and got ready for the wedding. No rest for the weary!

The wedding itself was quite nice, and held at a yacht club overlooking the water.  Thankfully the weather was beautifully sunny out (as opposed to being last weekend when the hurricane rocked the place). The bride actually arrived by boat (a short bit after this photo as taken), pretty nice touch. 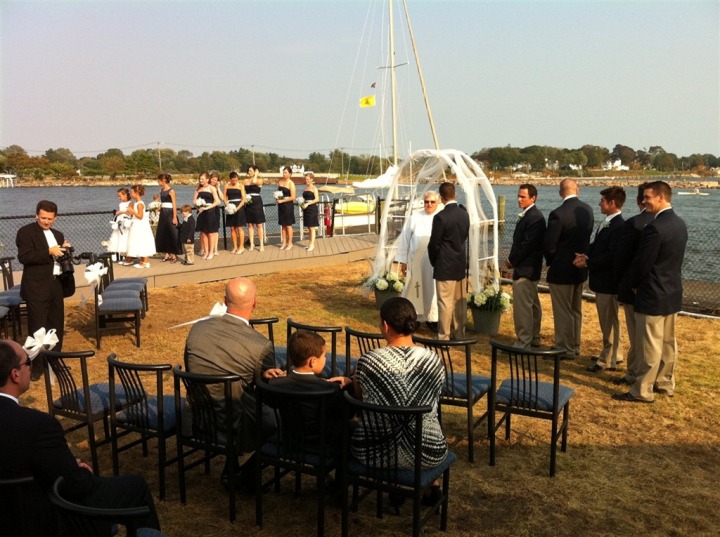 Of course in addition to the wedding, it’s always great to see my 93-year old Papa (my Grandpa), who was dancing away the night.  Quite frankly, he was putting just about everyone to shame on the dance floor – including all of us ‘young-ins’.  Here he is afterwards relaxing in the hotel…at around midnight. I think he’s ready to keep on partying! 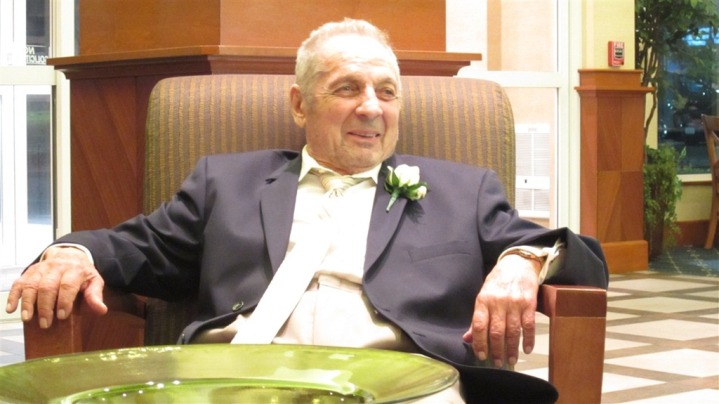 On Sunday we headed back to DC.  Though the skies were gray in Connecticut (below), they were nice and blue in DC – complete with plenty of warmth! 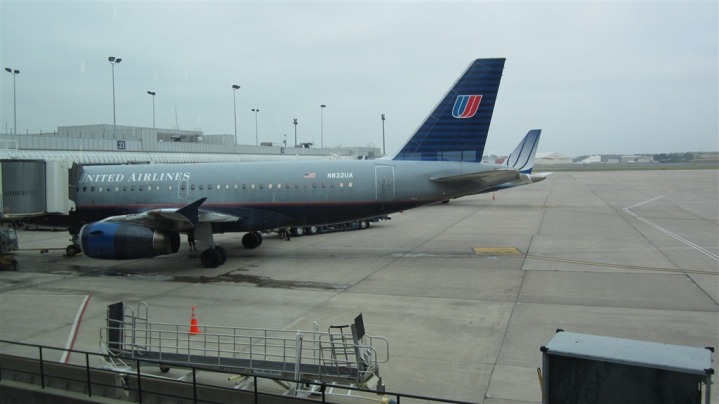 While it would have been nice to stay the weekend up in Connecticut, we had quite a crowd coming Monday for a plated dinner, so we needed to ensure the house was in semi-presentable shape – as well as get to the cooking.

Since our wedding was destination, there were a handful of DC friends that couldn’t make the trip. We wanted to throw a bit of a party for those close friends, as well as a few others that made it to the wedding.  Which in general means we just simply wanted a reason to throw a party.

In what would be the biggest sit-down dinner attempt in the Rainmaker Household, we had 20 folks over for the multicourse meal.  I’ve done some pretty elaborate Thanksgiving dinners before, and cooking wise scaling up isn’t actually that hard…but space wise – that’s where the going gets tough! Fitting 20 people along a single dinner table required some rather creative ‘extensions’. Cheap card tables with table clothes to the rescue!

The main course would be a beef tenderloin roast, along with a port reduction sauce.  I also made (from scratch) a ton of fresh pasta with pesto sauce, along with corn on the cob.  For the dessert I did chocolate molten cakes.  The Girl put together an awesome fruit salad, 7-layer dip and dinner salad – though I don’t seem to have pictures of those unfortunately. Here’s what I do have photos of though! 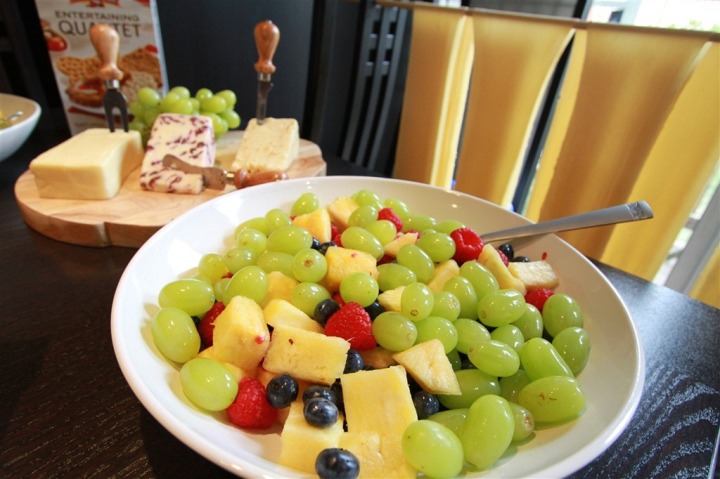 (You can see the fresh pasta sheets hanging in the background, before I turned them into fettuccine) 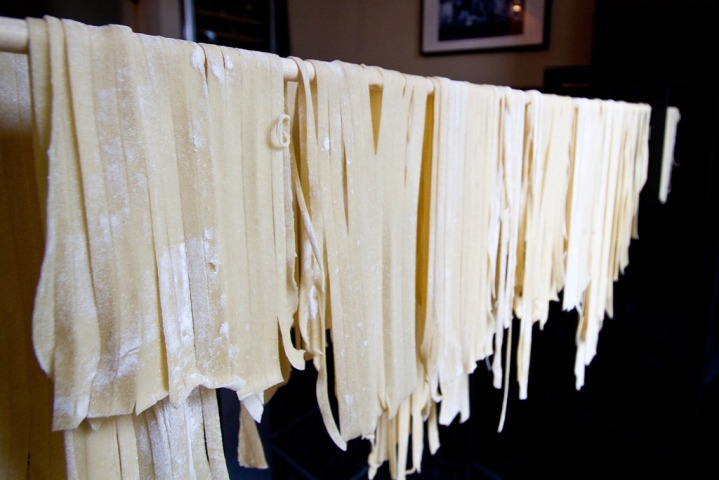 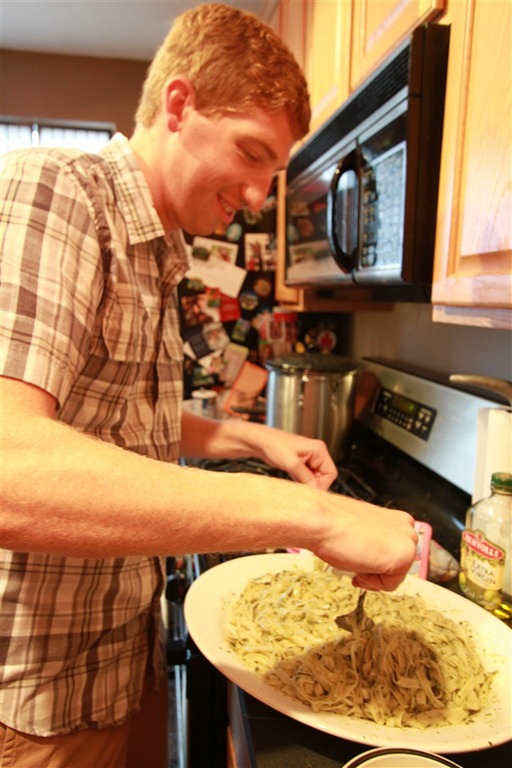 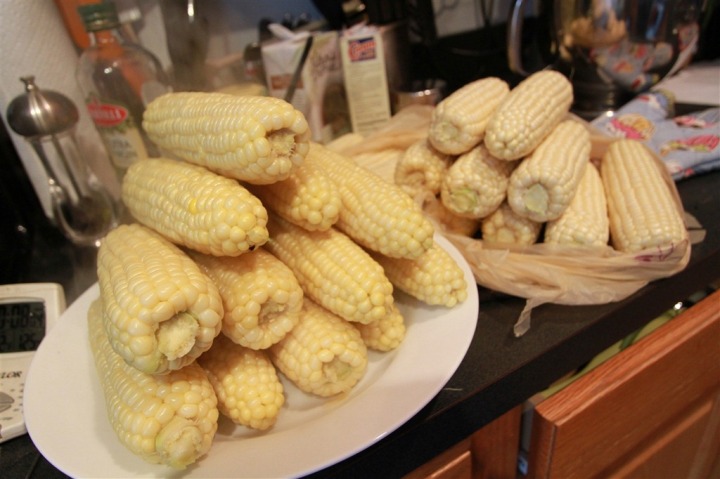 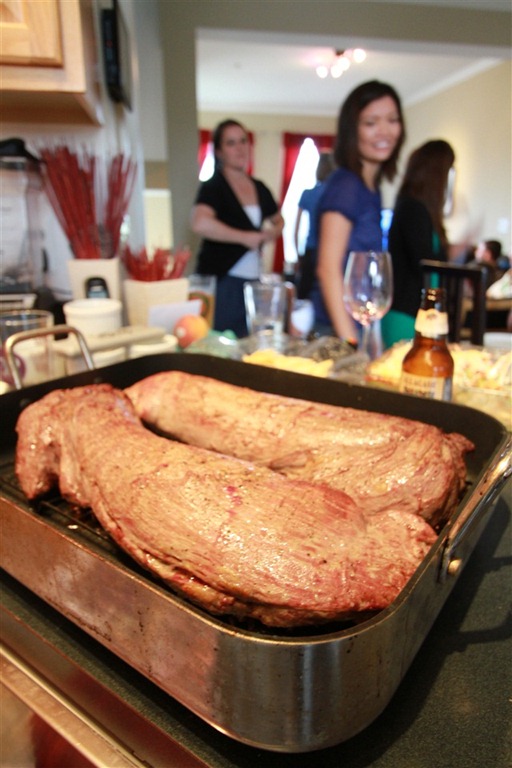 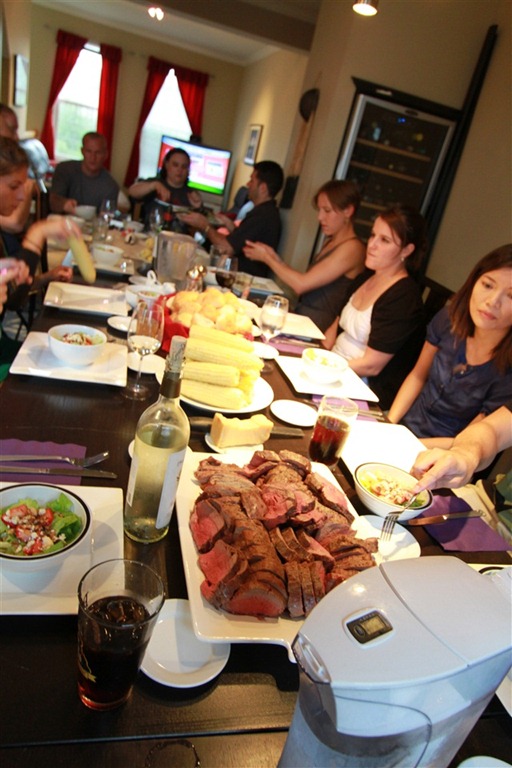 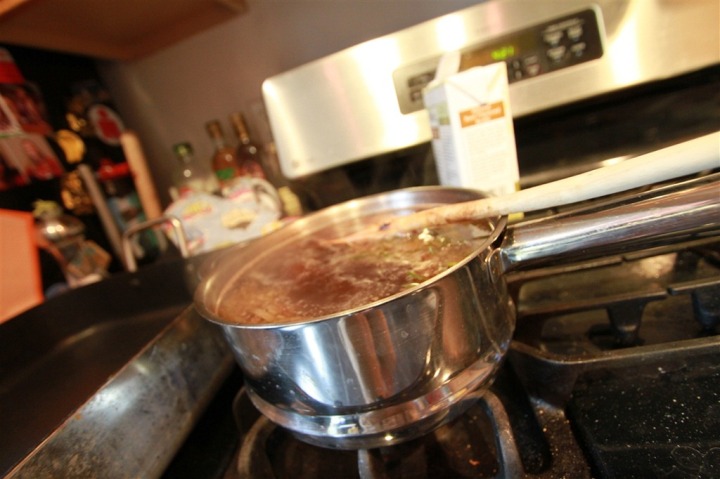 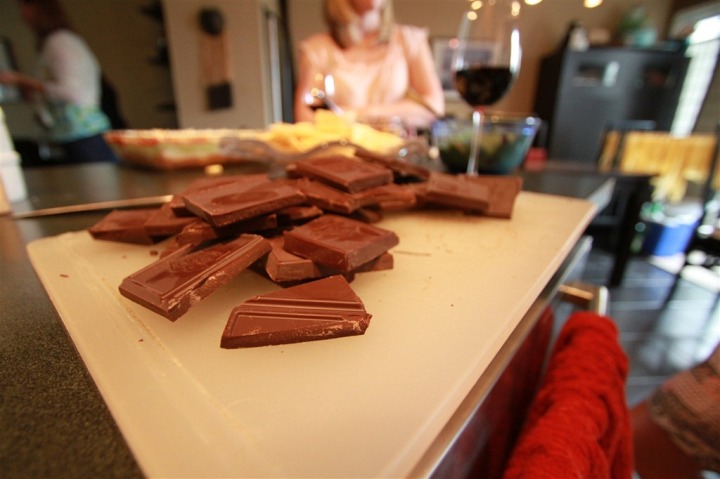 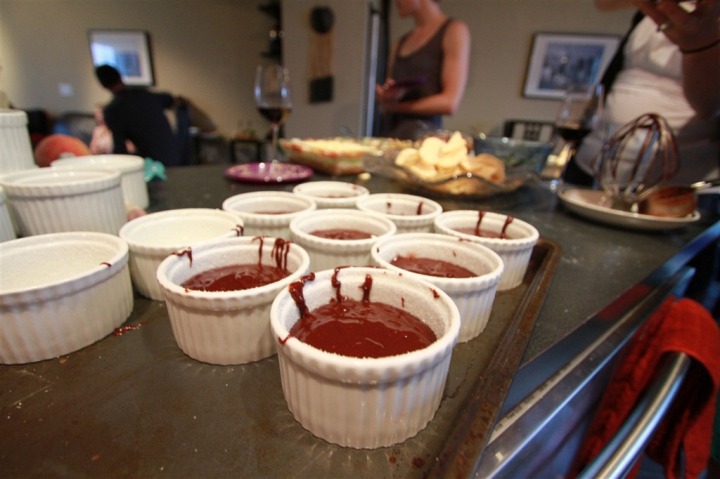 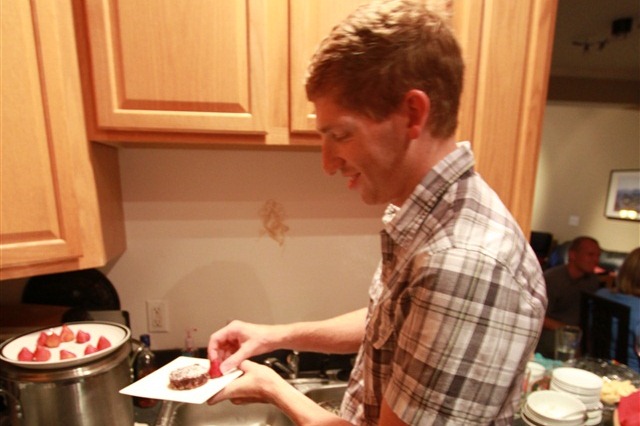 Somewhere in the weekend I also got in a ride around DC on Sunday evening just before sunset, but I can’t figure out which SD card those photos are on…so you’ll just have to imagine a hot and humid ride around the nation’s capital. Ok? Good.

Hope everyone’s week is going well! Thanks for reading!