Bikes of India: A review in astounding cyclery

Back in November and December during a few different trips to India I took quite a few photos of cyclists.  Now, if you remember some of my previous posts about things that occurred on the roadways of India, than you can only imagine what might come from the cycling realm in the country.

Without question, the people of India completely obliterated my assumed rules of how to use a bike.  They’ve managed to pack in more stuff on a bike than you can ever imagine.  Whether it be people, stuff, or just things that don’t really belong on a bike.  It really was very impressive.

Now because most of the photos I took during my trips were from cars (where I was holding on for dear life as the driver would fly at speeds that would embarrass a NASCAR driver) very few are brilliant photographic masterpieces.  Think of it this way: Like my trips to India, the photos themselves are somewhat of a blur – but they capture the essence of what I’m trying to showcase.

The first thing you have to understand is that unlike most regulated vehicles in the Western world, bikes in India do not need to carry any form of hazardous/explosive materials logo or identification.  Thus, its extremely common to find them lugging around really amazing amounts of rather explosive cylinders: 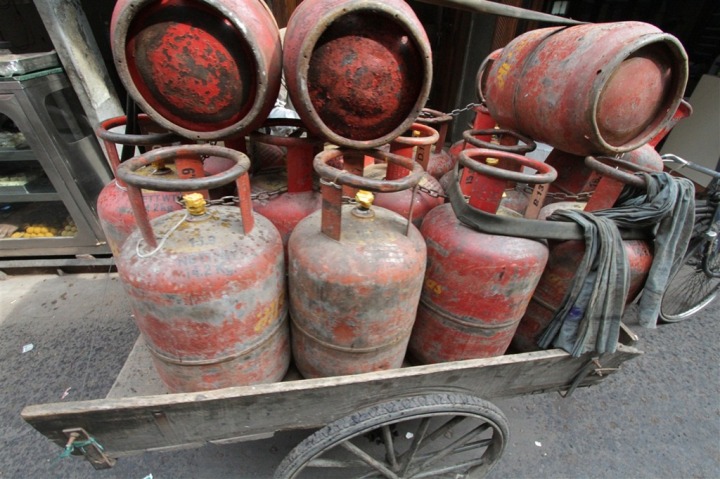 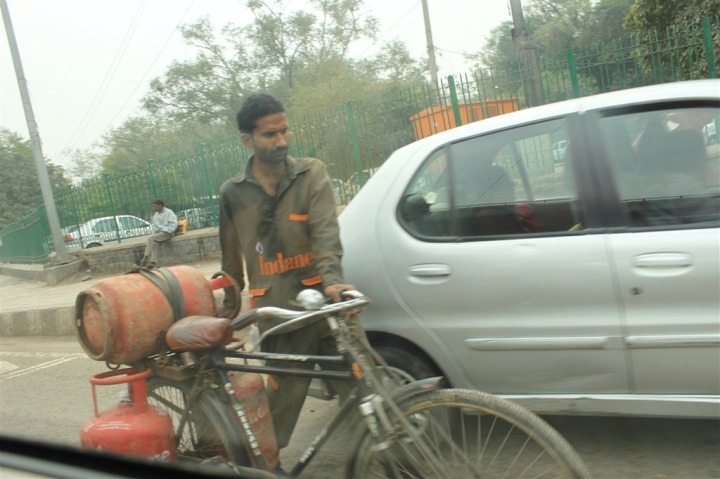 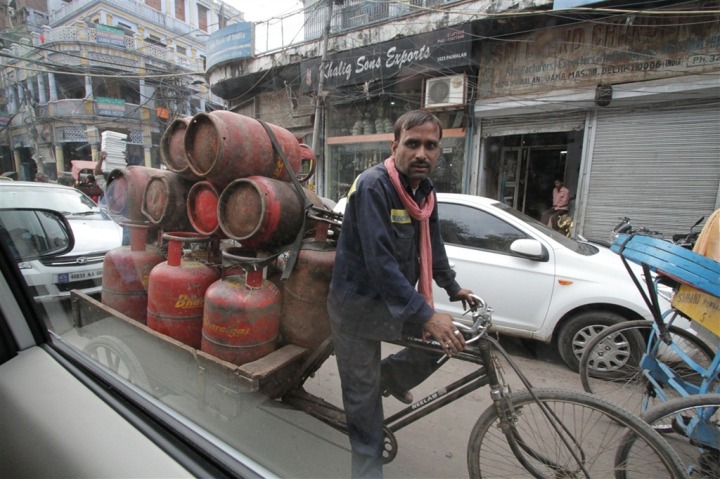 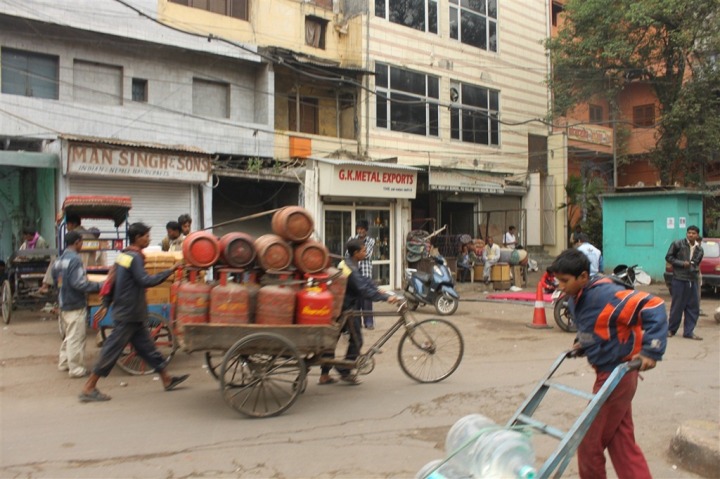 Big city bike couriers have nothing on these guys:

Oh…so you’re a bike courier in a big city and bouncing around your single-speed bike carrying…uhh…papers?  Hmm, must be really physically demanding!  Try these courier loads on for size: 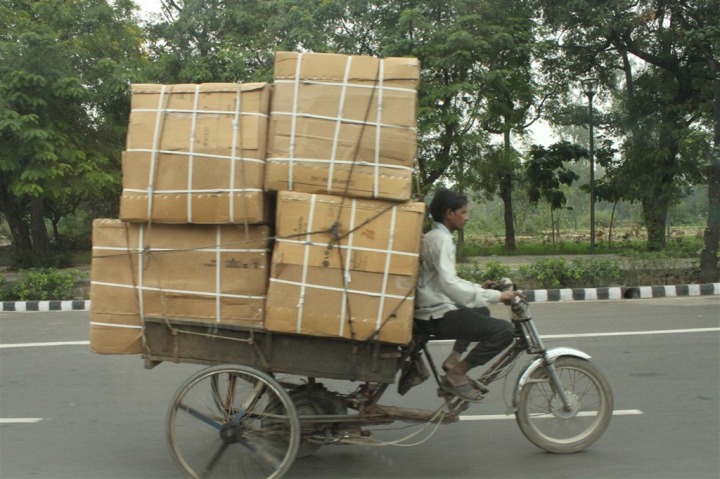 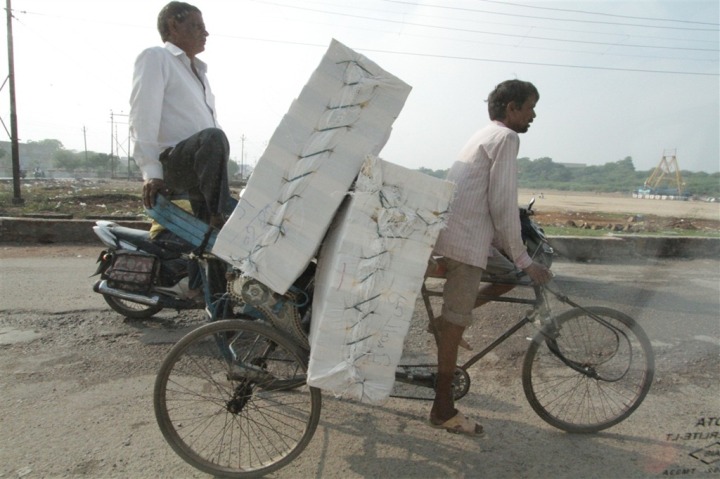 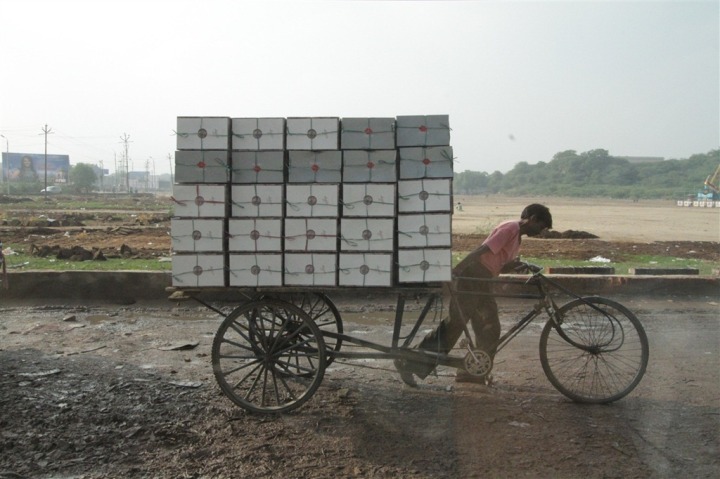 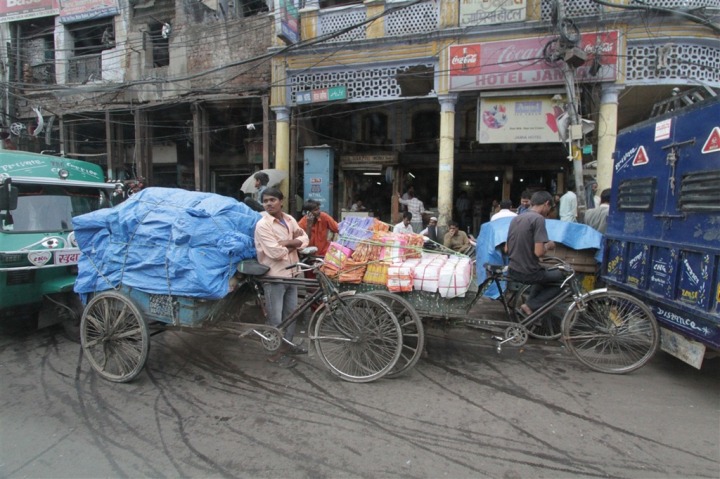 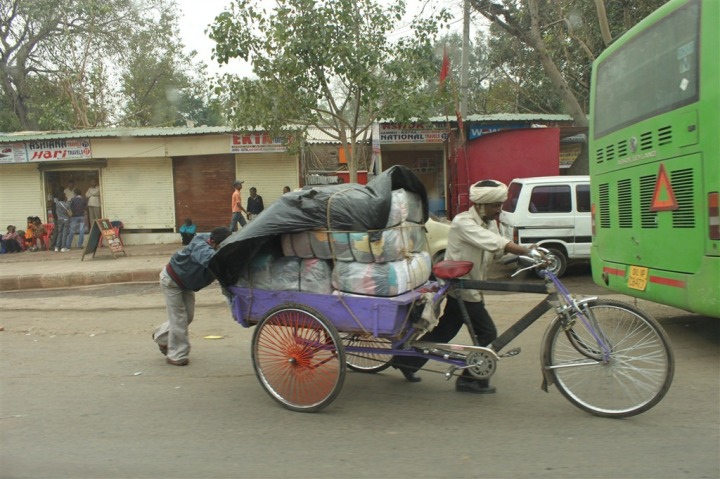 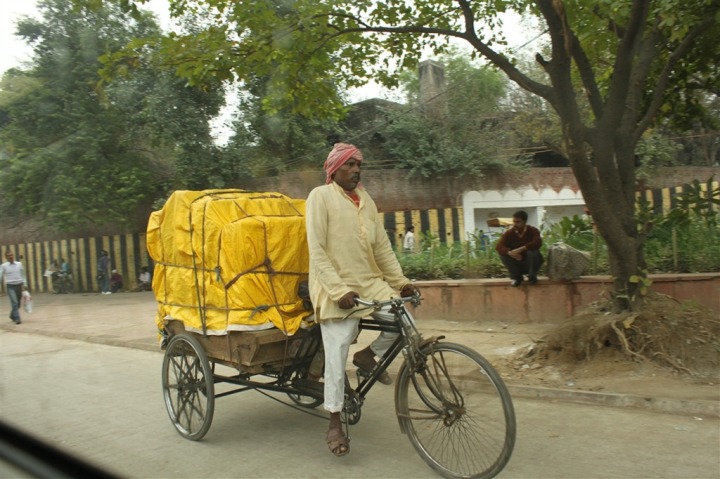 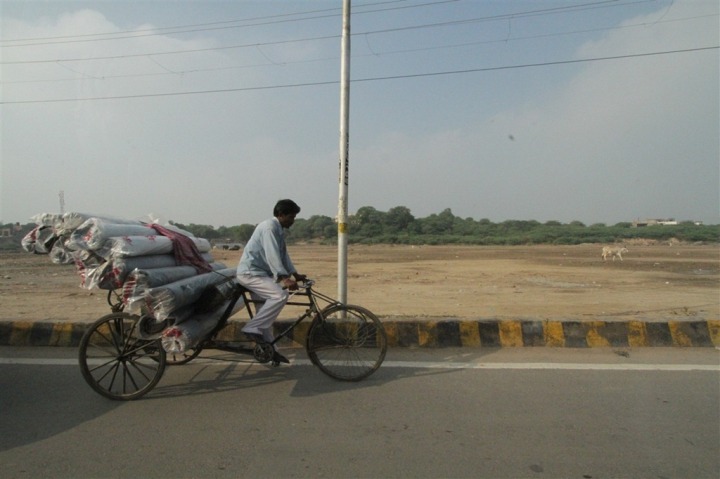 Not everyone is a courier though – in fact some are merely transporting their entire shop via bike.  When you think about it…that’s pretty smart – no rent! 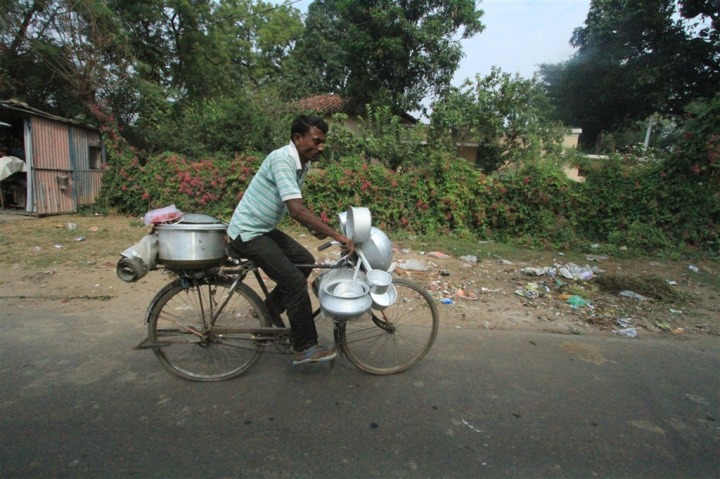 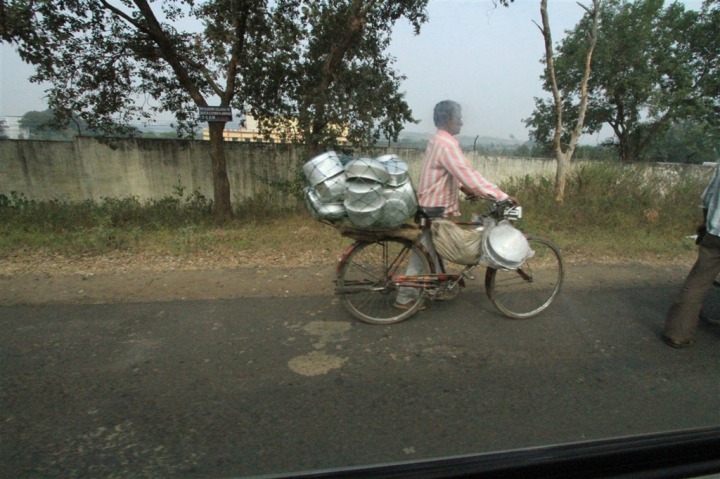 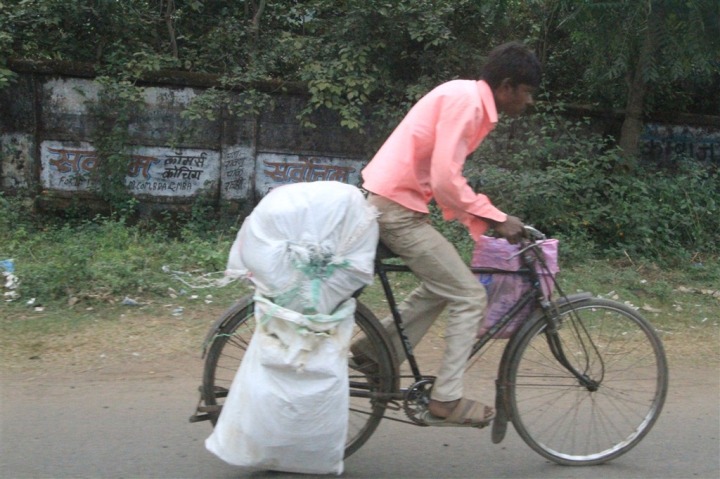 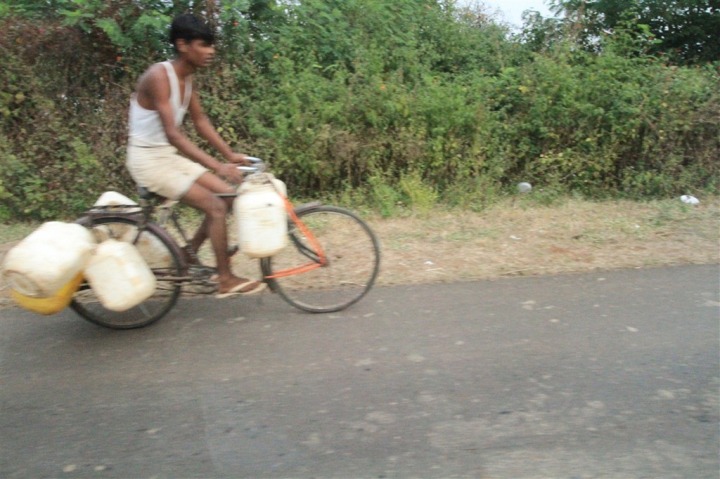 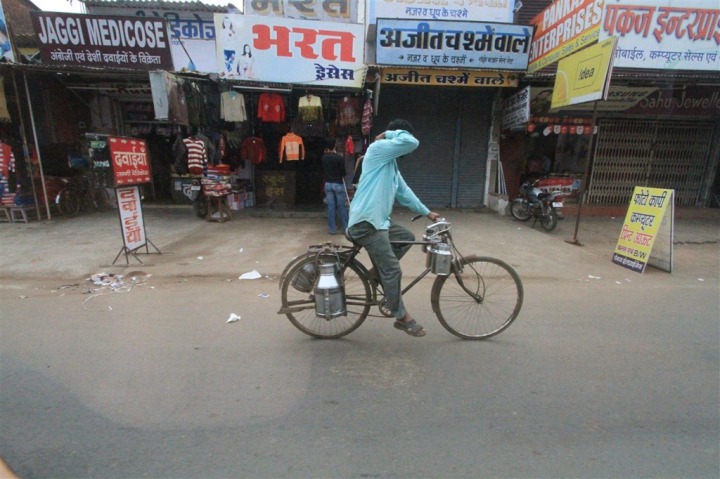 Sometimes things don’t quite go as planned.  This poor guy had his massive woodpile fall off the bike.  I actually saw a number of wood-related bike combos in India.  Though my favorite was one I couldn’t quite snap a photo of quick enough, where a guy had a 8-10 foot long piece of wood identical to the below, except he was sitting on it with the log facing front/back parallel to the bike.  Then again, maybe he was just happy to see me… 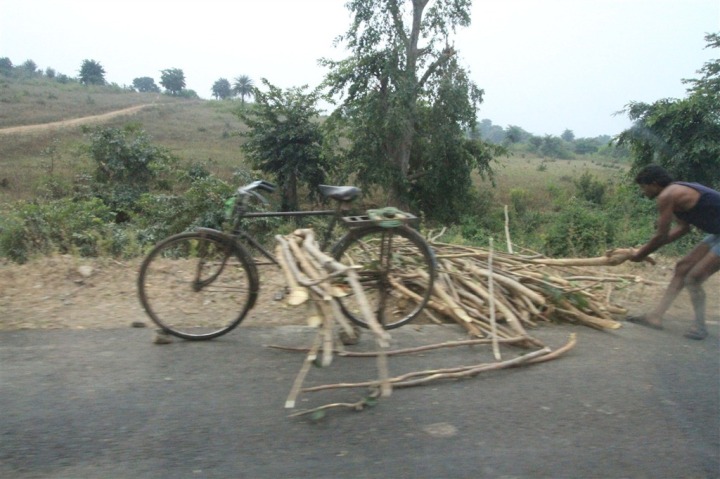 A tandem bike of sorts:

You’ve gotta hand it to the Indians, they know full well that there is nothing sexy about a tandem bike.  Absolutely Nothing.  So they naturally just use a single-person bike and load it up with two or more people.  Seems like a very logical workaround to the non-attractive tandem bike issue. 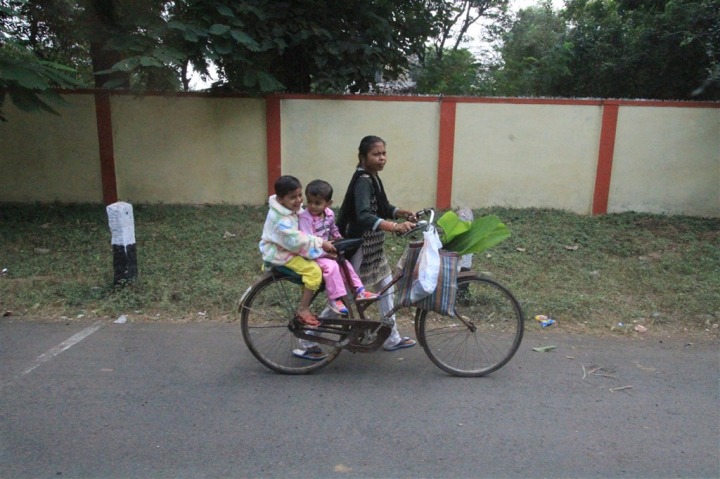 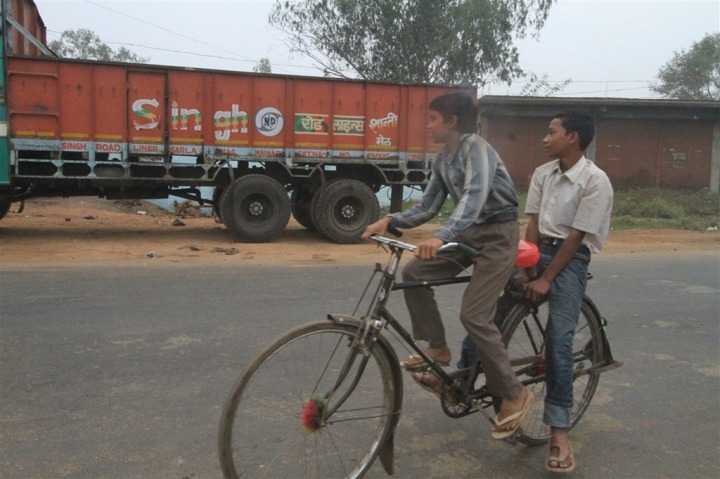 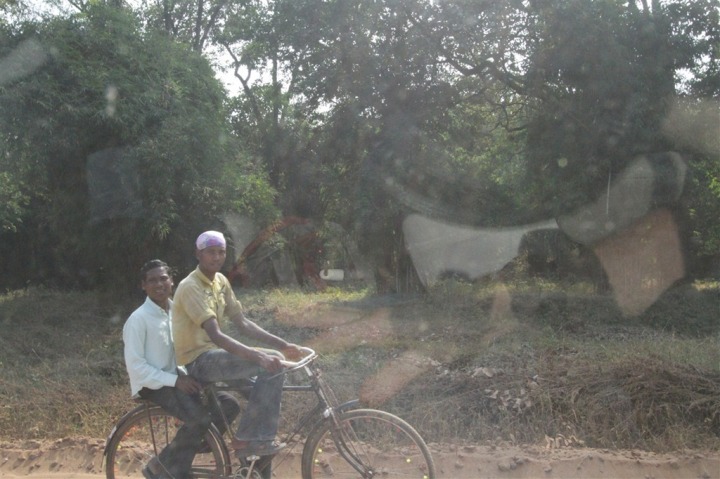 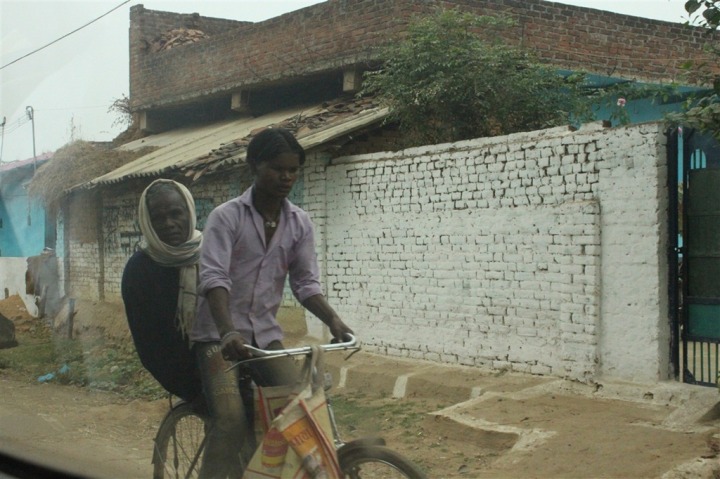 In the airline world, the below bike would be called a ‘combi’ – for combination of passengers and cargo.  Brilliant! 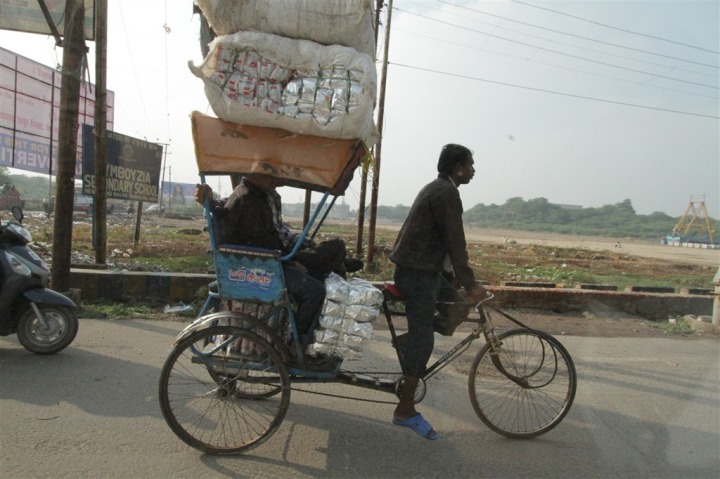 I’ve come to the conclusion there is only one bike size in India available.  No matter your size, you’ll be getting just that one universal size.  It was also pretty cool that these three photos were taken far out in the countryside where all the kids were in big packs riding to school each day, no matter how young the kid was – they were out there on a bike as their primary transportation method to school. 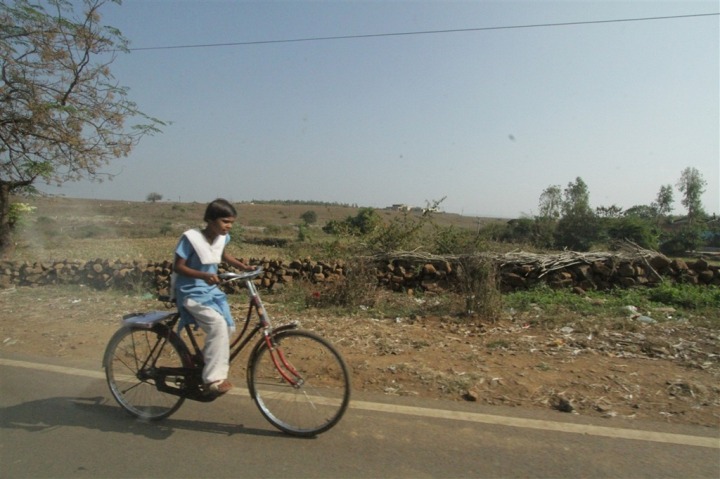 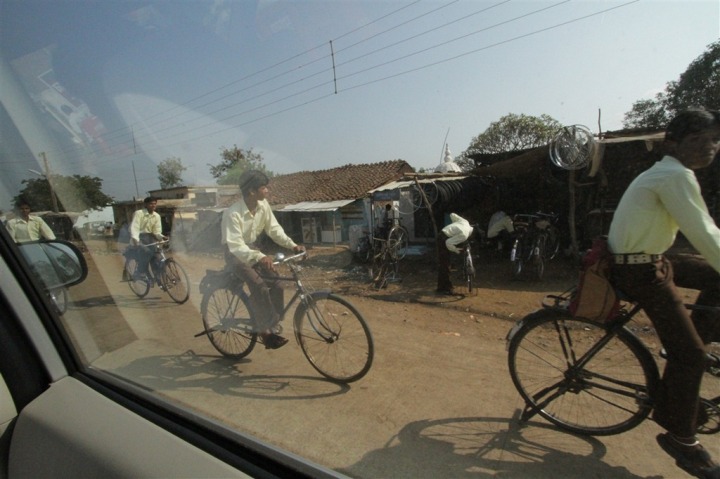 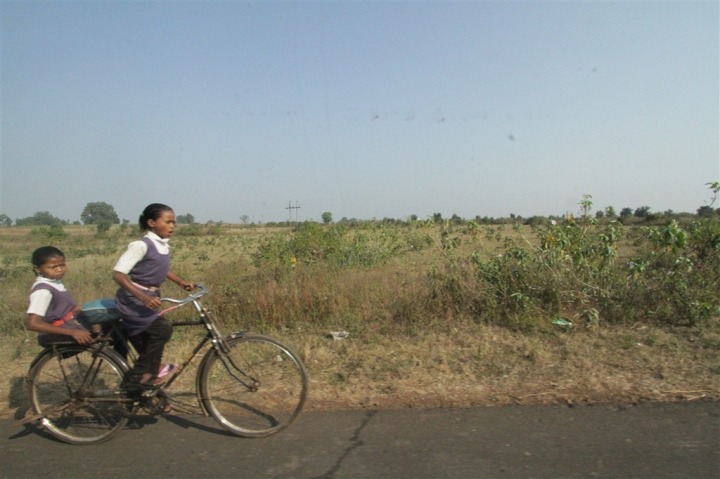 If you wondered how all these bikes got serviced…fear not – there are an abundance of bike ‘shops’ along the roads of India.  Even in towns hundreds of miles from anywhere, we’d see small stands setup along the side of the roadway with all the necessities of any cyclist. 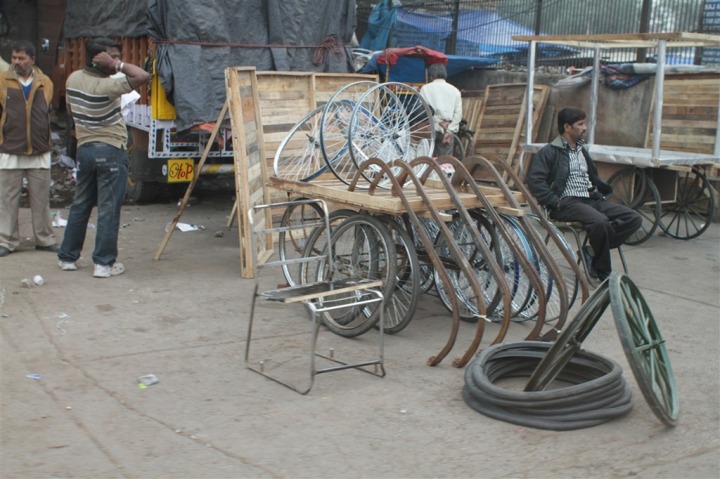 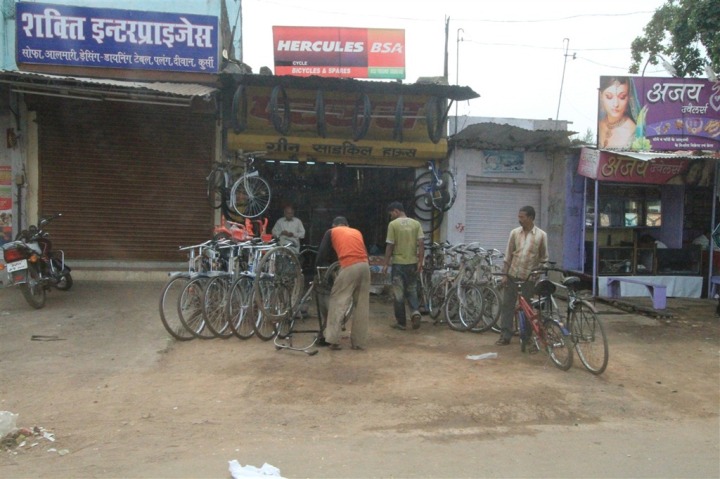 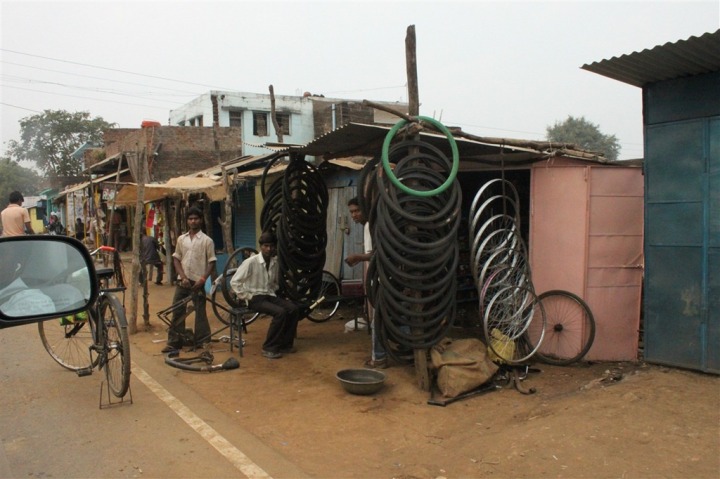 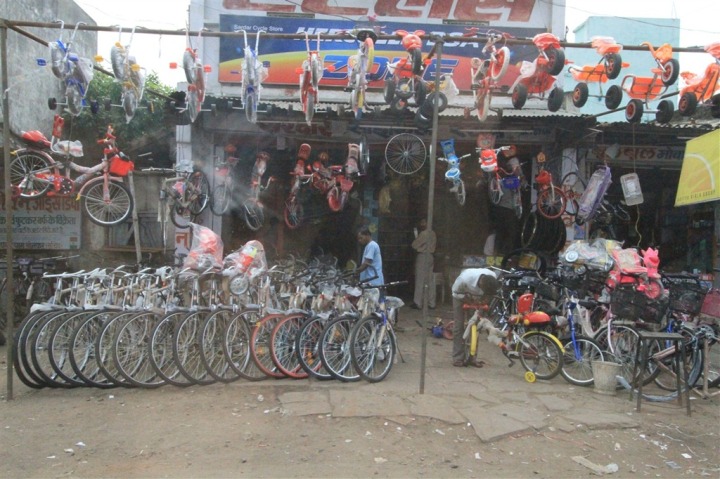 And one final photo: Dodging Cows

Next time you’re complaining about trying to ride around that unpredictable squirrel, just remember…it could be worse – you could be trying to fight traffic with cows: 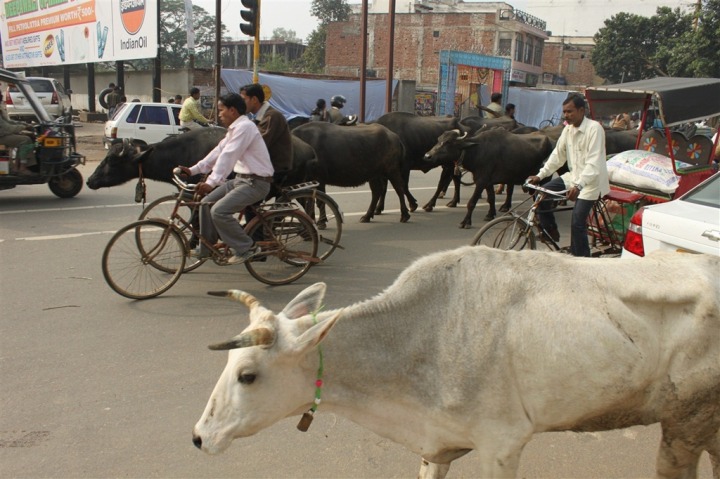 Oh, and here’s three previous India posts of mine:

India Part I: “For some things, there are no explanations”
India Part II: Crouching Tiger
The India Runaround