A moving bit of Seoul Food

I arrived into Seoul in a general state of confusion.  Usually I have a much better handle on travel logistics for cities I’m arriving in, but somehow things got busy and I didn’t quite have the time to ensure I actually knew where I was going once I landed. 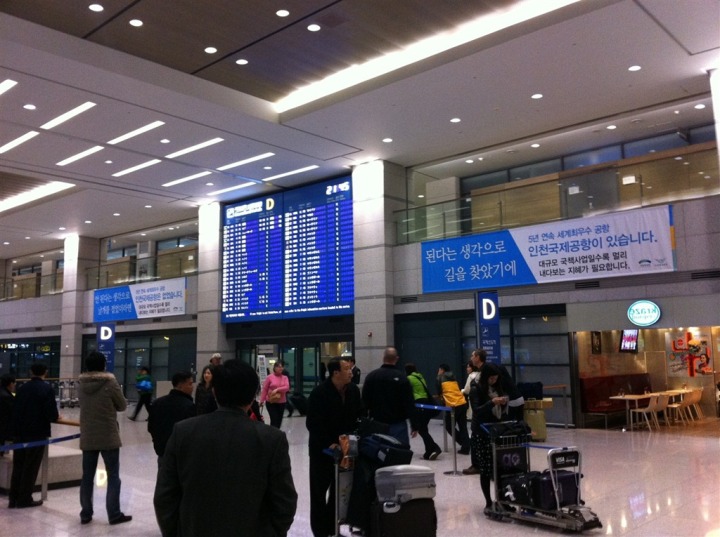 It turns out that the international airport serving the city of Seoul, South Korea is actually quite a ways away from said city.  In between the airport and the city there’s a whole lot of darkness (at least at 11PM at night there is).  And there might have been the minor little detail I didn’t exactly know which hotel I was staying at.  But…after a whole bunch of calls to people who didn’t speak English, I was finally able to get myself to my hotel.  Success!

The next day I spent the entirety of daylight at the office, so I really didn’t have much of an opportunity to see anything in the light.  Instead, my opportunity to explore was limited to evening hours…well, except only the time in between various conference calls with folks on the other side of the planet.

As it happened, a runner friend of mine from DC (you may remember Dan from a few years ago…) is now spending some time over here, and we went out to explore a bit.

First priority was food.  We ended up at a small place a few blocks away on some side streets.  It seemed busy, so that was good enough for us.  We ordered some beef items, some pork items, and some other items that we aren’t quite sure what they were.

When the beef arrived, it wasn’t exactly cooked.  We weren’t quite sure if there was some variation of self-cook since our table had a burner on/in it, but it would turn out this would be the raw-variety. It would become the trend for the evening.  But…it was quite good! 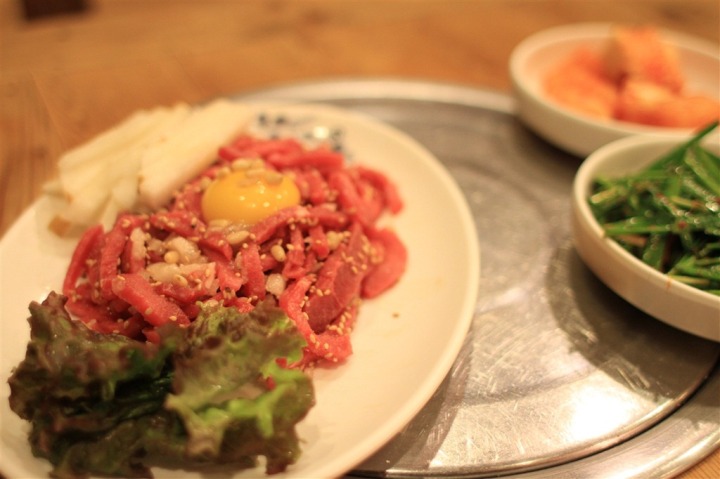 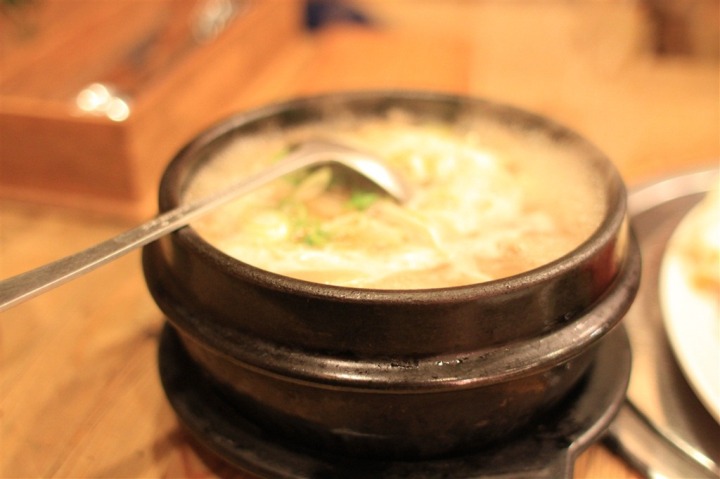 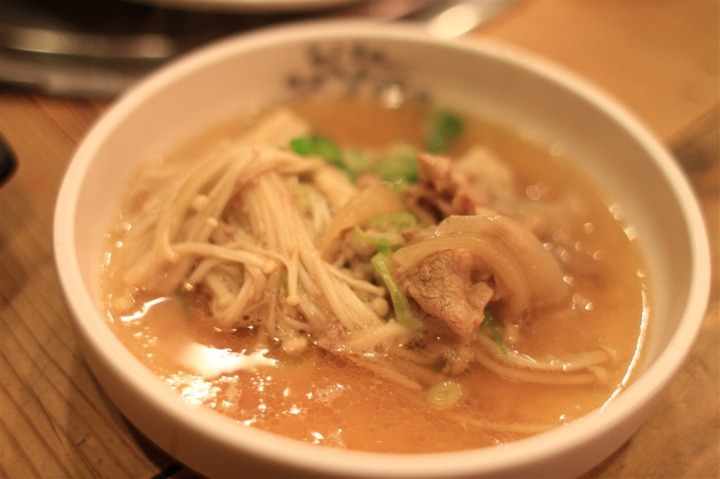 After finishing up dinner we wandered up a market area, which included all sorts of street vendors… 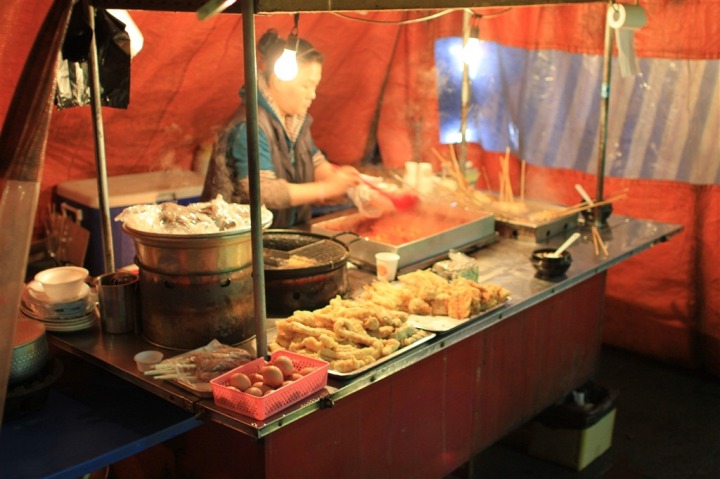 …from the scary but efficient meat chopping lady… 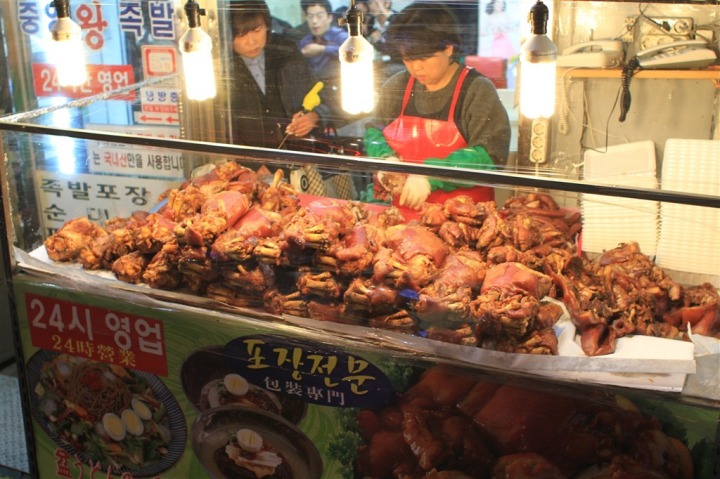 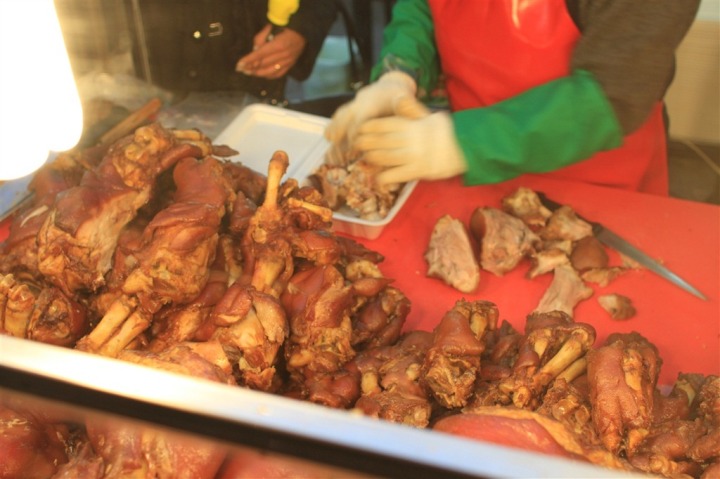 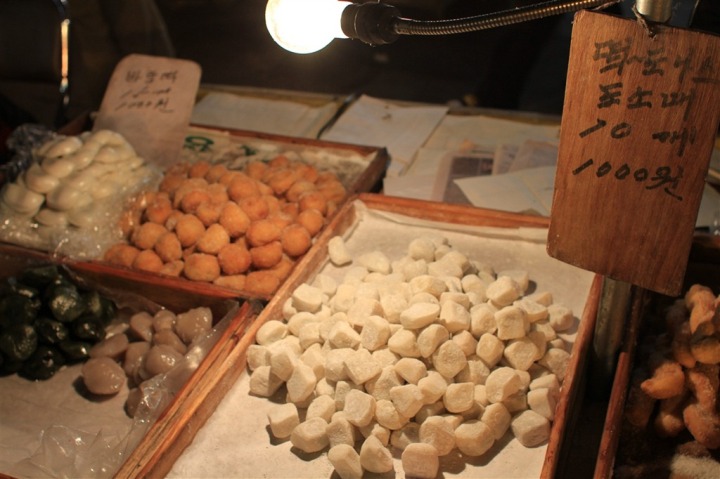 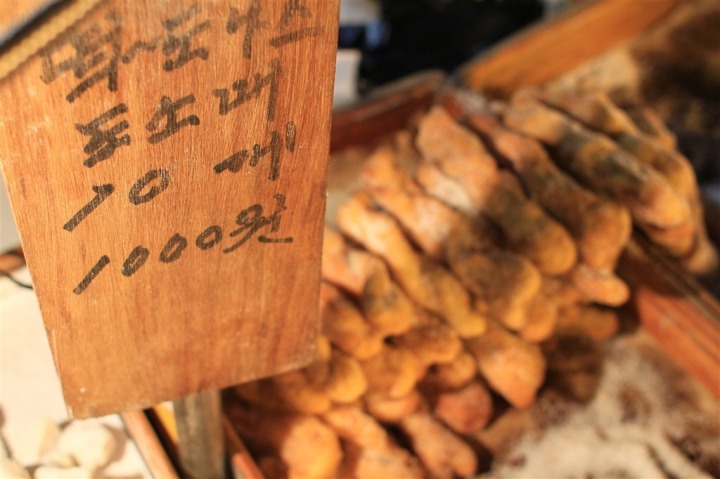 Then there were these little plastic-lined street stalls that served a variety of fresh produce and seafood items: 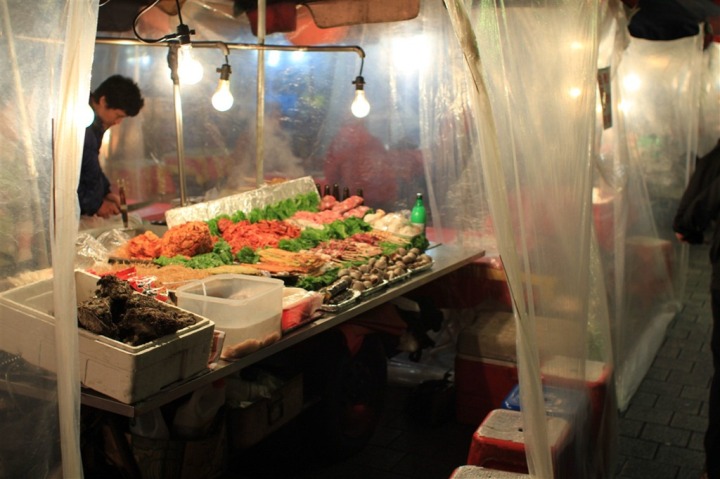 One of the booths had some tables and chairs as well, so we went on in.  But on the selection table there was this small aquarium that caught our eye.  Inside, a gaggle of petite octopus…still quite alive. 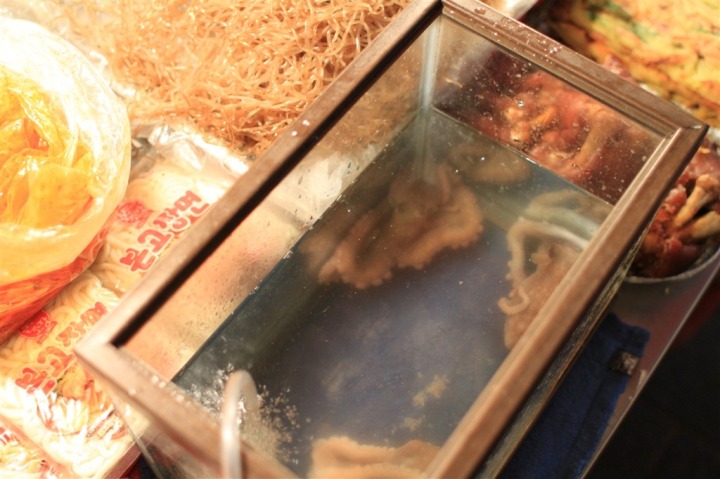 Some brief conversation occurred between Dan and the cooking lady…very little of which was in either English or Korean.  I think most of it was in the language of ‘convincing the dumb foreigners to try something odd’ by waving your heads, smiling and making strange motions…and before I knew it a squirming octopus was being lifted from the tank like Woody in Toy Story. 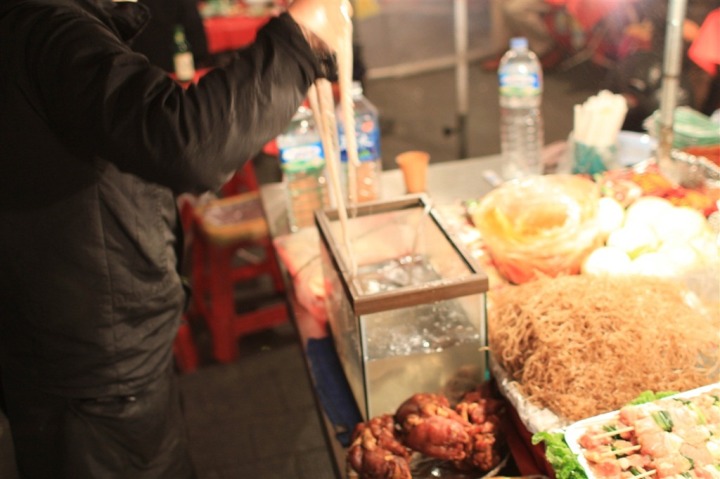 It was this next part though were a significant slight of hand occurred.  While I was watching her chop up the calamari-like meal (upper portion of photo, below), I assumed it was going to be spending a bit of time on the cooking surface a few inches away…after all, that was a very logical place for it. 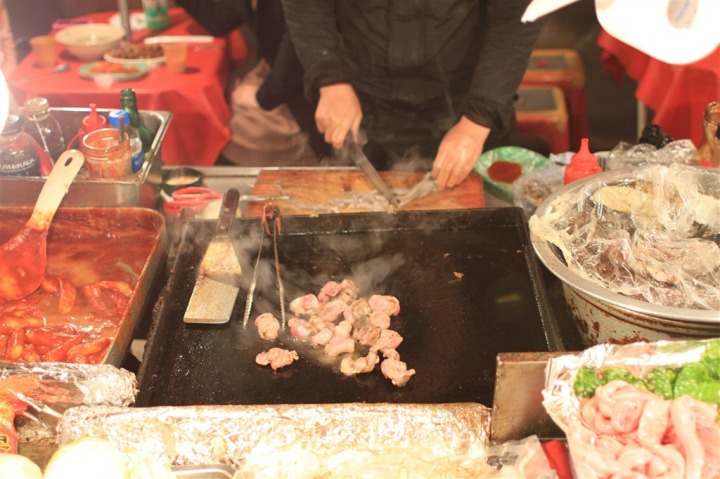 Once I was done taking a few chopping photos, we went ahead and took our seats on small plastic chairs off to the side. 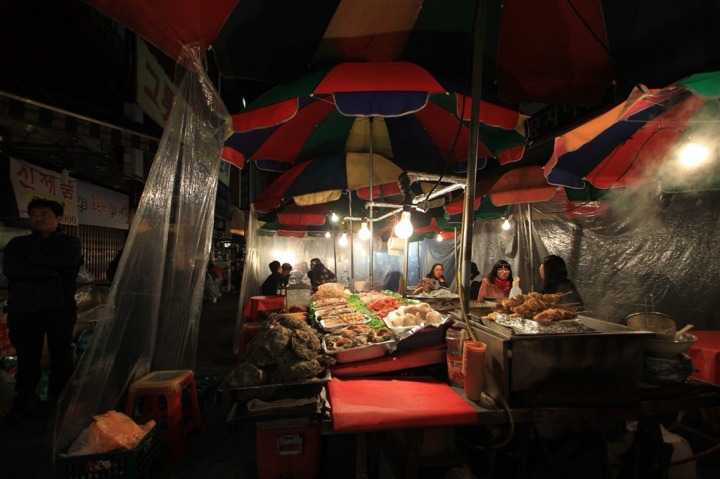 A few minutes later when she arrived at our little table with a two plates, I was confused as to why the one with meat didn’t appear to be cooked.  There was no ‘golden brown’ exterior.  No lovely breading.  Not much of anything really.

Confusion was immediately expanded exponentially when I realized that not only were they not cooked…but they were still moving. 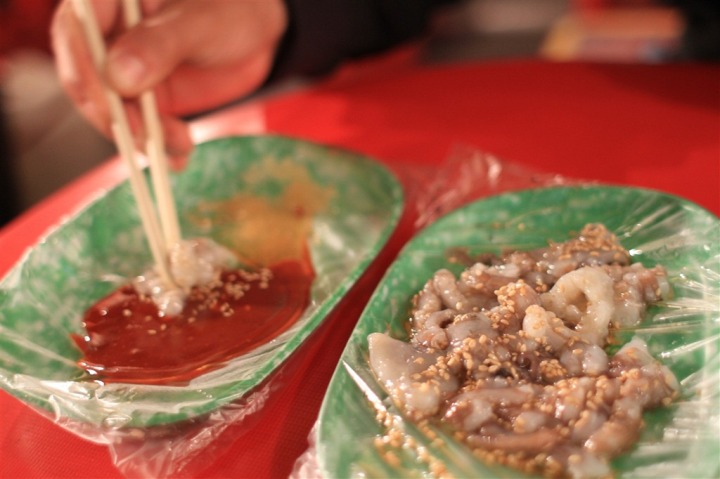 They were dancing so much that we literally had some of our meal try and escape from the plate.  I kid you not – it actually left the plate.  Bringing new meaning to ‘rare’.

For those that want to experience this a bit more…I present you with this short little video – complete with squirming Octopus on a plate…and squirming Rainmaker.

Without question, the weirdest thing when eating was the part where it was still moving in your mouth – and actually utilizing some little bit of its tentacle suckers to grab ahold of you.  Not exactly like eating one of Grandma’s Chocolate Chip Cookies…

The rest of the evening we wandered over to a downtown river that rambled through the city, which was then decorated with hundreds of paper lanterns floating on the river.  Very cool.  Here’s a bunch of photos of that: 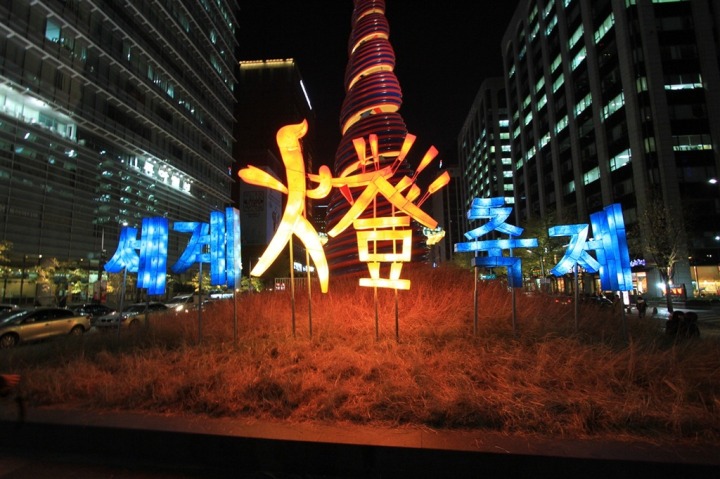 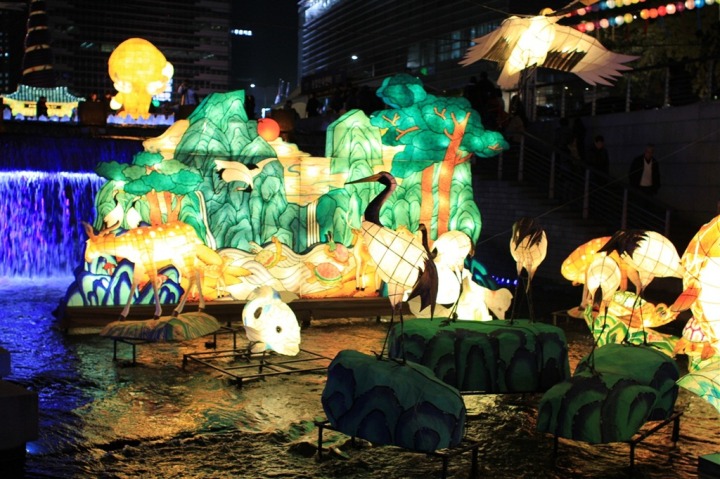 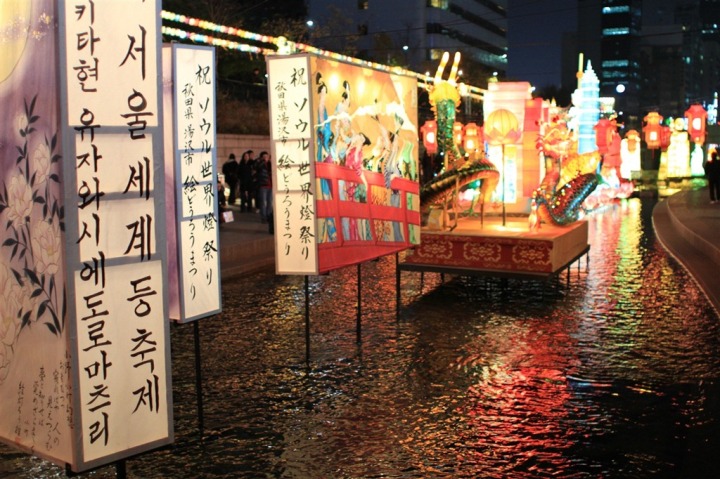 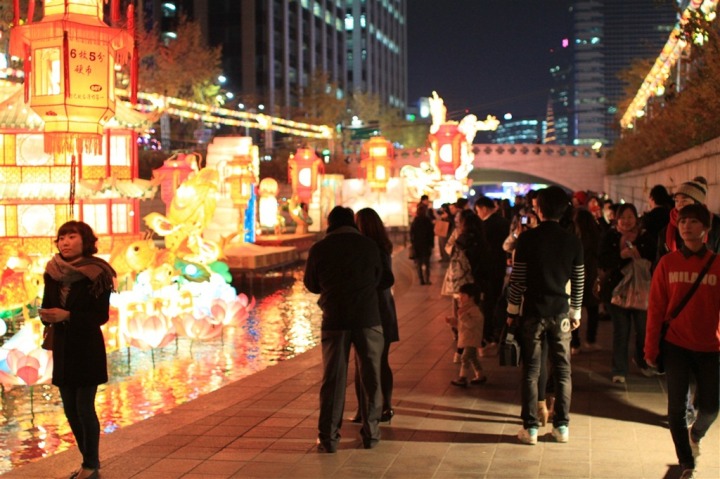 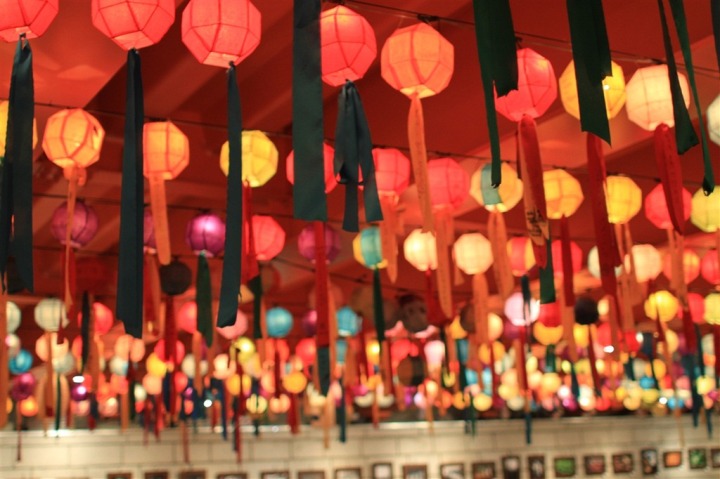 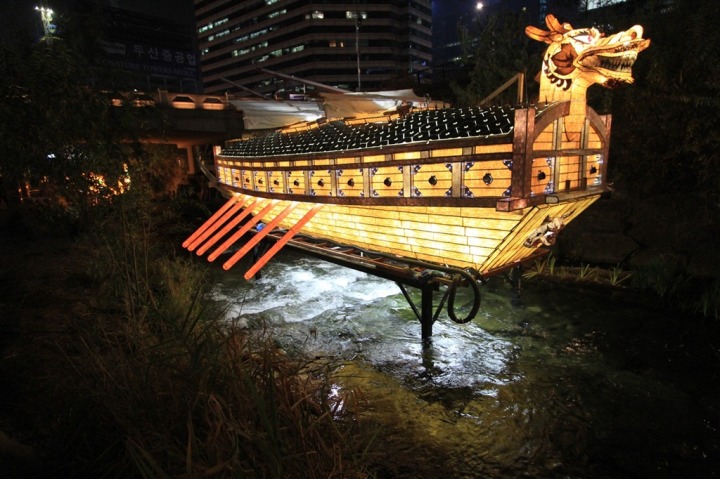 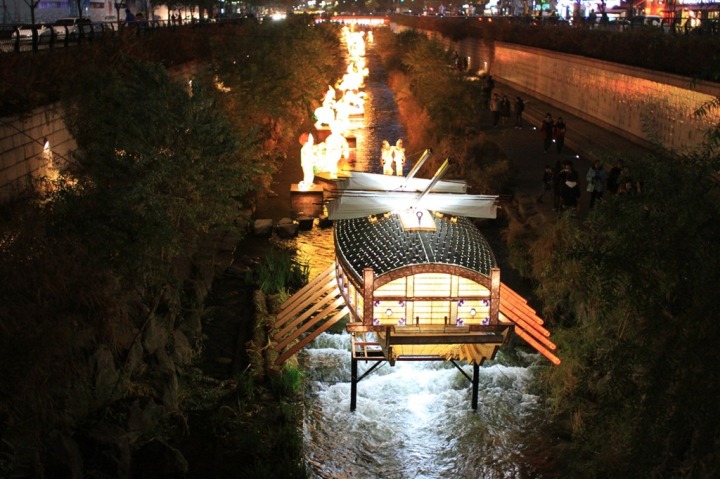 This last one’s a bit funky…it’s not illuminated like the rest, but rather is lit up using an LED fabric.  Pretty whacky. 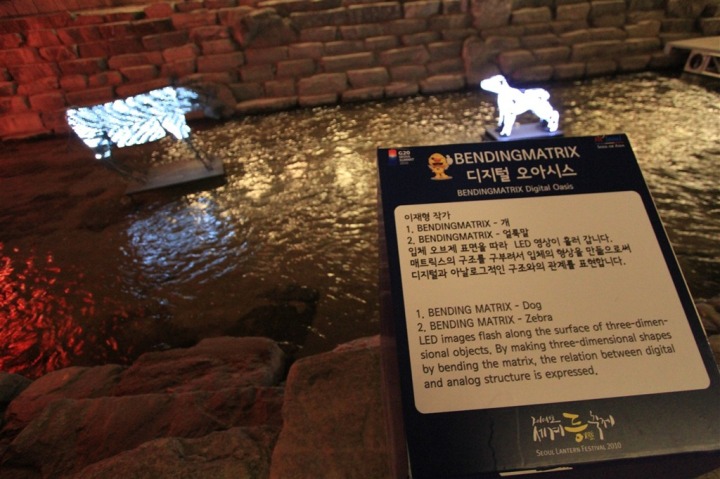 Finally, I was able to squeeze in a short run around the city before my flight here in a bit.  Just enough to check out the main sights.  First up was their equivalent of the White House, called the Blue House: 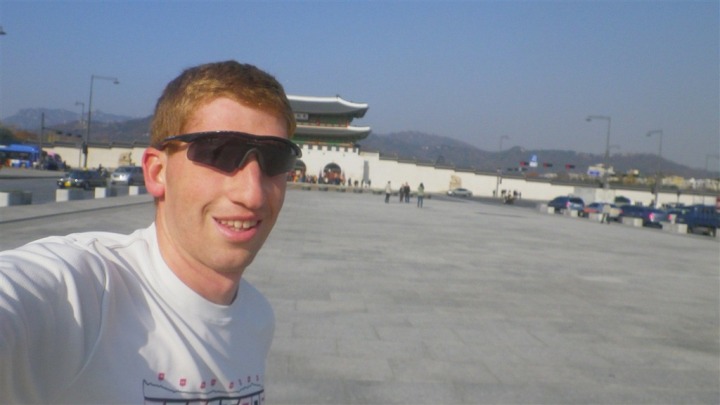 Then those lanterns again: 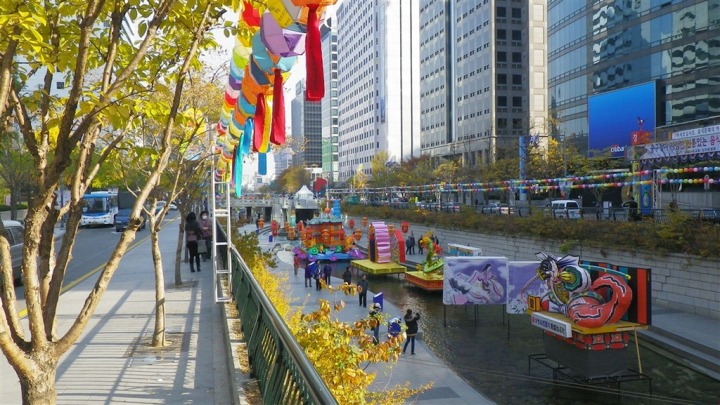 And then a brief showing near the ‘Arrest-illegal-evil Judge’ protest sign: 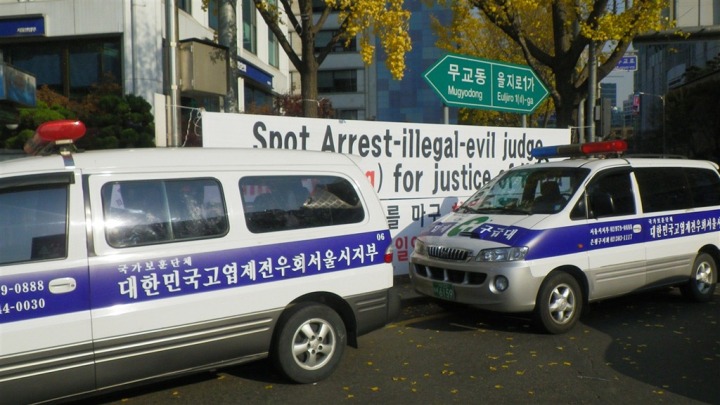 With that, my short run was complete.

Upon arriving back at the hotel I was reminded just how much the Koreans appear to love their gizmos.  And the prime example of that was my toilet. 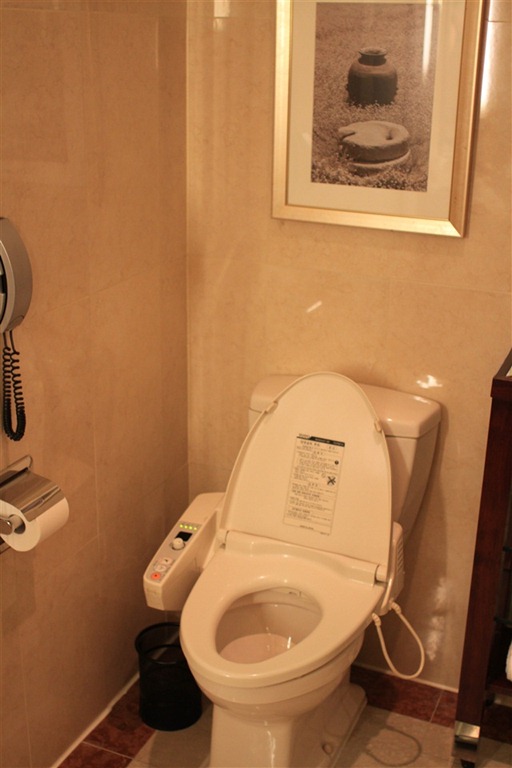 You’ll note the photo above contrasts an old school toilet with this very new school one.

While I’ve seen similar toilets in Asia on my previous trips – this one seemed to have more buttons and LED’s than I’d seen before: 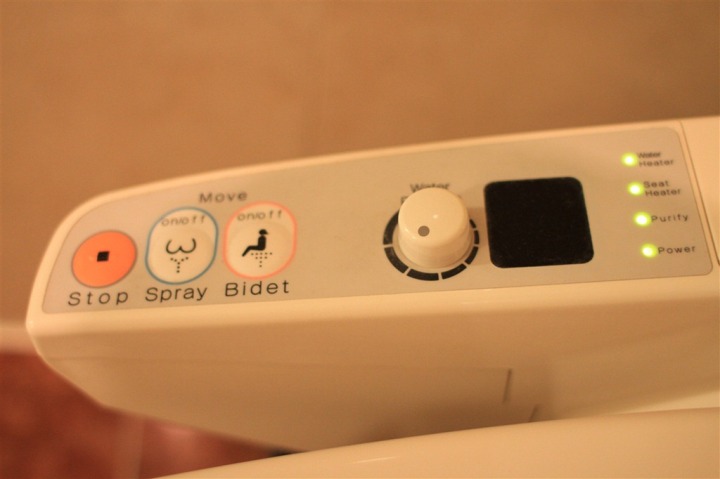 Plus…it was heated!  All the time!

The only problem was that there was no way I was going to press any of them buttons with me anywhere near that machine.  I was quite frankly concerned that something could get blasted off in the process.  And I didn’t want to end up having to register as a female again.

And for some reason they thought it would be a good idea to include the instructions on the back of the toilet in Korean.  I should point out that I’m fairly certain Korean people know how to use said uber-toilet…whereas the people who’d actually need detailed instructions are…umm…everyone else. 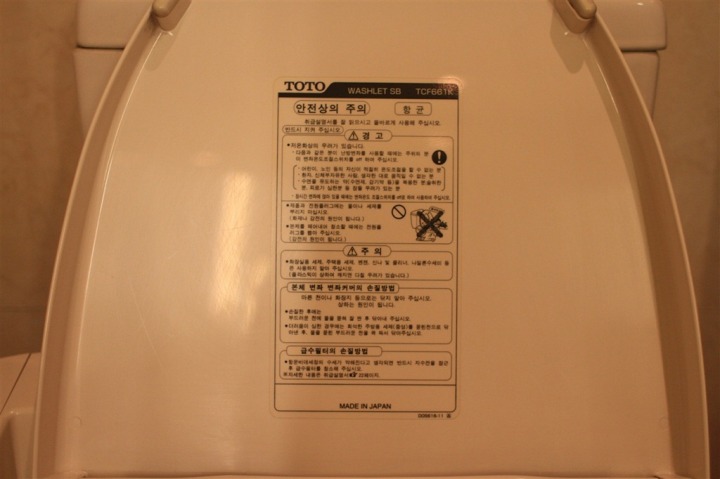 So…no toilet adventures for me.

Instead, my adventure will be boarding a plane to my next city here in a few minutes.  I had a slight change of plans unfortunately due to some computers going broke in a different country, so yet another city gets jammed into this multi-week trip.  Next up…well, you’ll just have to wait for that…