If you follow the blog, you know I tend to be pretty interested in what a whole slew of sports technology companies are doing out there.  I often include links to companies I’m watching, or occasionally mention their products or what they’re working on.  And back at the beginning of the year, I made some predictions on what we might see this year…I will point out that as of now, almost all of my predictions are coming true. 🙂

In some cases, these companies don’t even have real products out yet.  So while I could focus on companies that have put out great products in the last year (Withings, FitBit, etc…), I want to instead talk about the folks who either are new to the game in the past year, or still waiting to shoot their first goal.

Like any triathlon – let’s start in the water.  So how does a company that aims to count your laps in a pool differentiate itself from previous lap counters?  Well, first off – they could make a product that doesn’t suck.  Thus far, from all my testing, all of the other lap-counting products out there have one key problem: They fail to utilize technology as a beneficial item.  Sure, most count laps just fine.  But that’s where they end.  Some – like Pool Mate, will also record information like stroke count and efficiency, but it doesn’t have a way to get that data off the watch.

But that’s were Sport Sense comes in and changes the game.  They’re aiming to not only track how far and fast you swim, but also all the details about your stroke.  Then they’ll wirelessly transmit that to a waiting phone, which in turn can upload it to software like Training Peaks.  All before you even get to the locker room. 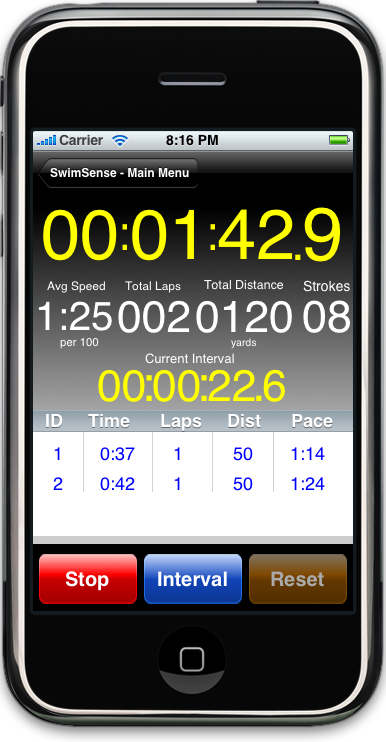 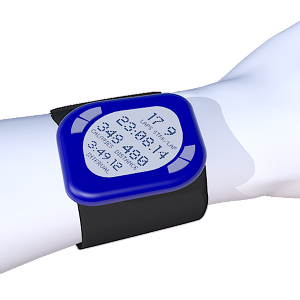 (These were a few screenshots from a website long ago…)

The differentiator here between them and past attempts is the ability to not just store data, but also upload it.  I look forward to seeing what they introduce this year!

Each one of the next three companies is betting on accessories for phones, or accessories for ANT+ systems.  The good news for all three companies is that ANT+ accessories are becoming the standard for not only anything sport/athletic related, but it’s also making its way into health related applications as well.  And as everyone knows, the mobile communications market is where folks are flocking to as the hub of their lives, be it iPhone, Android, or ‘the next phone’.  So finding a way to connect your sport life to your mobile life will be key for sports technology providers.

Enki aims to produce ANT+ accessories like cadence sensors, heart rate monitors and the such. Enki’s differentiator though from the competition is their heart rate strap.  Unlike all other ANT+ straps, these ones will actually work in the water.  Meaning, you’ll be able to record data during your swim.  Which is pretty darn interesting (albeit, more for post-data analysis than during swim).  Though, my understanding is that this is somewhat OEM-make, meaning, that other companies can/could leverage this same strap as well. 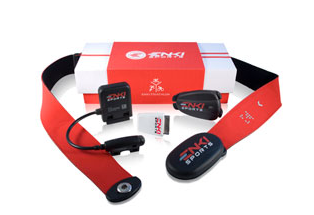 I featured the folks at Wahoo Fitness back in May – and I still think they’re onto something.  While there are other companies offering iPhone and Android ANT+ adapters, Wahoo aims to be more of a accessory provider than a software end point.  They allow developers to take advantage of these dongles, enabling them to develop anything they can imagine – be it an iPhone app that integrates ANT+ data alongside of tracking your distance like RunKeeper, or one that does something we’ve yet to even think about, perhaps tracking of an entire team during the Tour de France.

Plus, they’ve got some really cool stuff coming down the pipeline to try and integrate data from not only the bike and run, but also the swim. 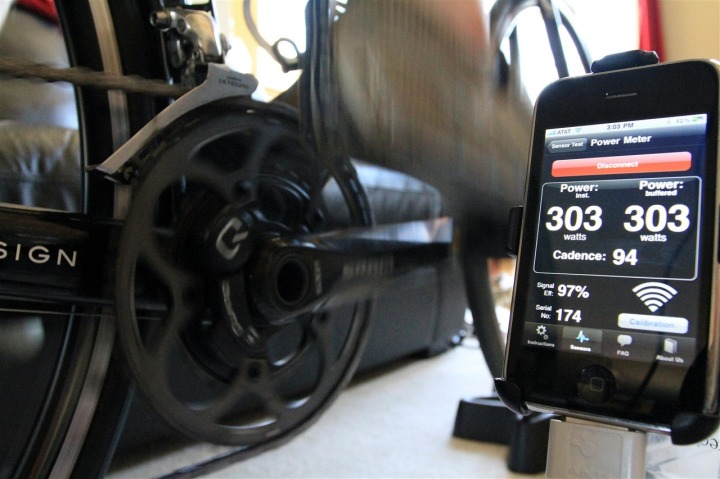 If you haven’t checked out my initial review – definitely do so, and then wander over and check out their site.

Now that I’ve talked about two companies that have phone-based accessories, how does yet another company differentiate itself?  Well, they focus on one area – cyclists – and then wrap a full service around it all.

See, PedalBrain will not only start selling their iPhone cases soon, but they’ll also be launching an online site that allows coaches and athletes to communicate/share workouts and be tracked in real time.  This means that in addition to having Training Peaks-like functionality, they’ll also be able to provide coaches a way to watch in real-time as athletes train or race (similar to Trakkers, but without the significant recurring costs). 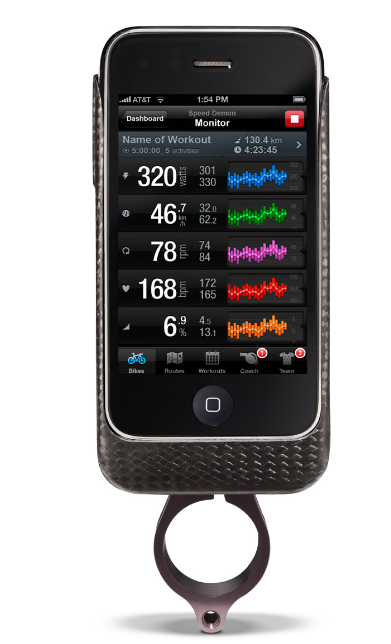 And…best of all?  I should have some of their gear here soon to test out and push through the paces. Looking forward to it!

Perhaps the most anticipated cycling related product to come out this year will be the start of pedal-based power meters.  Many are waiting to see if Metrigear can be a game changer when it comes to power meters that are integrated into either the pedal or cleat (pedal in Metrigears case).  The theory is that it will reduce the retail price of  power meters.  But more importantly it will allow portability between bikes.  Today virtually all power meter systems are fairly bike-specific, making it at best a hassle to move between bikes (and at worst, a nightmare).  By moving it to a pedal, you can easily take off your bike pedals in a matter of seconds – making it perfect for those with multiple bikes.

Metrigear has been touting their gear for quite a while now, and the expectation is that they’ll launch at Interbike in September.  Like virtually every company I’ve mentioned in this post, they’ll be ANT+ accessible – meaning they’ll work with all your existing head units such as Garmin Forerunner’s, Edge’s and Timex Global Trainer’s – to name a few.

The folks at Brim Brothers are also working on a bike power meter, except instead of focusing on the pedal, their aiming a couple of centimeters higher up, in the cleat-region.  This removes the pedal dependency and allows them a bit more freedom to develop for virtually any type of cleats out there, making it ideal to swap between bikes or bike types.

At this point, they seem to be lagging a bit behind Metrigear, and offering a bit less information on their site – but I’m optimistic that they’ll still be able to deliver a product at some point in the next 6-9 months.  Ideally, they’d get picked up or partnered by/with a larger company (i.e. Garmin, Timex, Polar) and offer a lower price point.

Ok, not technically a ‘company’ per se, as it’s not actually incorporated – but rather just a collection of individuals working on software (open source).  But it’s cool, and I think they’ve got some awesome things in the future coming down the pipe.

Golden Cheetah (GC) is a software suite that allows you to do in depth analysis of your workouts, primarily aimed at cyclists.  They install on everything from Mac to Linux to Windows, making them an ideal application for growth – especially on the less served operating systems.

They’ve got some sweet features in the oven, such as the ability to do aerodynamic calculations with their Aerolab feature.  Also in the long range column are cooler options like real time streaming of workouts and even racing against each over over the internet.  Good stuff. 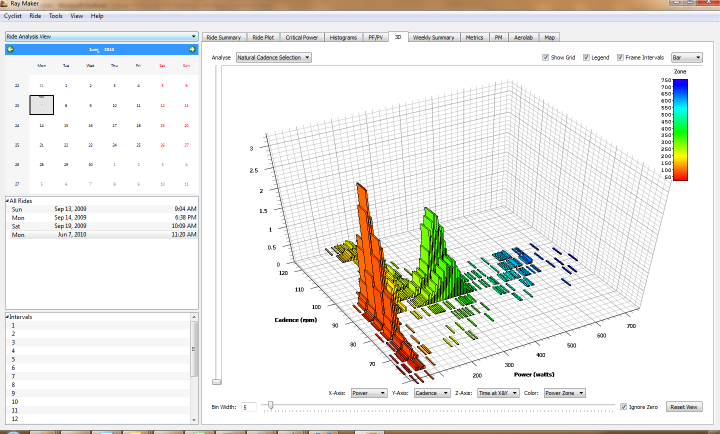 Oh – and btw, all of Golden Cheetah is free.  So go give it a whirl!  You can get the non-beta (final) builds at the link below, or for the latest beta goodness, check out this link.