It’s time for some food around here – so let’s start off Friday Morning with Thursday Morning’s breakfast: 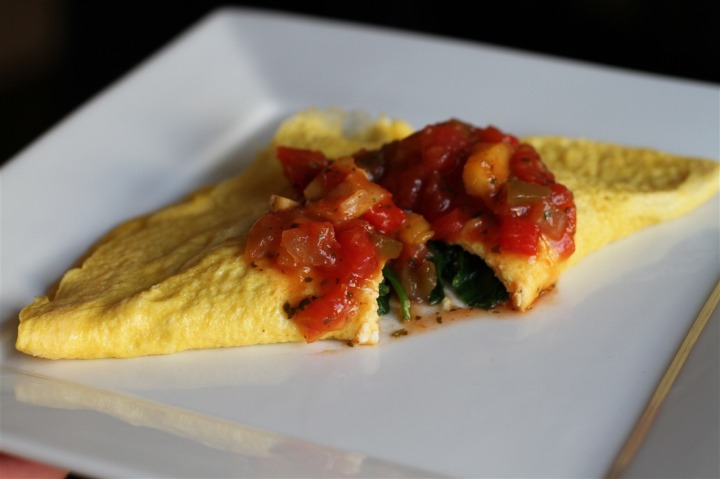 I stumbled on the super-simple recipe the night before on SLB’s blog, and was on the way to the grocery store a bit later anyways.  I substituted fresh spinach for the frozen stuff, merely because I had it on hand.  Interestingly it uses a non-dairy cream cheese, which turned out quite good!

Speaking of food items, I’ve been working on and off this past week on my Immersion Circulator that I talked about a few weeks ago.

I’ve been having a blast with all sorts of fun tools from Dremel’s (you’d be amazed the level of awesome destruction you can do with a Dremel) to multi-meters to soldering iron and hot glue guns.  It’s like back when I was a Boy Scout and the Pinewood Derby competition, except this time with electricity and heaters…and perfectly cooked meats as the goal posts.

Here’s a small gallery of the work thus far, basically ready to go with some initial testing complete.  I’m in the final stretch, but ran into one component that apparently is DOA – hopefully it will arrive later today and I’ll be in business for the weekend!

I’ll be out in Seattle later in March and noticed an indoor triathlon there on March 21st.  It’s a 15 minute swim, followed by a 30 minute bike, and then a 2 mile run around a popular lake.  The start times are staggered throughout the day, so it’s sorta like an individual time trial.  I’m most looking forward to the run – 2 miles is just the perfect distance for pure balls to the wall fun.

But you know what’s even better?  The name of the event: 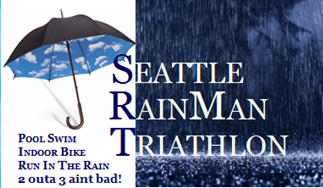 ‘Nuff said.  Clearly I have to be there.  Hopefully they have good t-shirts…

I’m also adding to my 2010 schedule the REV3 Knoxville Olympic Race, on May 9th.  Should be fun!

A slew of little things I stumbled onto, or were tossed in my general direction.  In no particular order:

– You may have seen the news a month or two ago from Timex about a new GPS based fitness watch targeted at the triathlon crowd – the Timex Global Trainer.  The specs support all ANT+ accessories, so it’ll work with any stuff you might already have (HR, Cadence, Power, etc… from Garmin), all while not looking like a dorky GPS watch.  Anyway, they e-mailed me yesterday asking if I’d like to play with a unit starting in late March – light years ahead of when the actual device release is to the world.  Wootage!

– If you have an Edge 500 – they released a firmware update on Wednesday that enables the workout feature, along with a slew of other improvements. 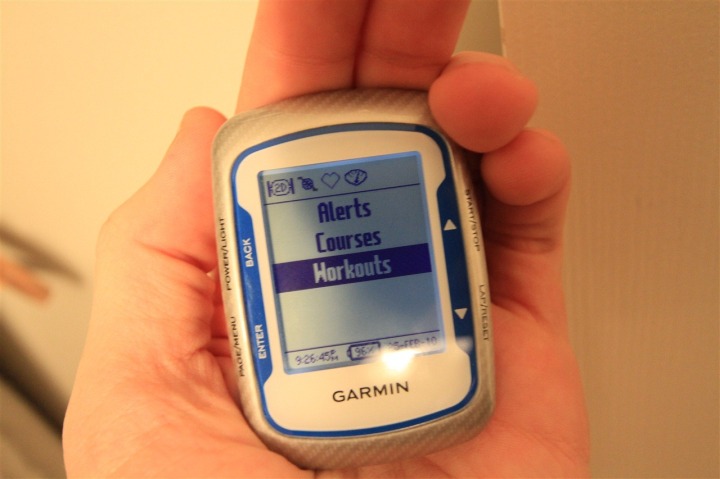 – If you have any other Garmin device, they also released a new ANT+ Agent (used for the 405/310XT/FR60) for the PC platform, as well as a bunch of updates/fixes to Garmin Training Center (used for all Garmin devices).  They released the Mac platform update about a week ago for both the ANT+ agent and GTC.  You an grab all that stuff here.

– I continue to play with the Pool Mate swim watch, which automatically counts your laps and distance for you.  While I’ve found it astonishingly accurate, I’m struggling a bit with the user interface (menu’s, etc…).  As I mentioned earlier, look for a review probably mid-March or so.

– The Timex peeps also sent over to me this interesting article about the NFL NY Giants team using heart rate monitors this offseason to monitor their athletes in an effort to understand if they’re slacking off, or putting in the time.  I’ve got the opportunity to chat with the NY Giants Team Medical folk about the project, so if you have any specific questions – hit me up and I’ll include them in what will likely be an upcoming post.

– The Tanita folks sent over to me a demo unit remote display stand for the BC-1000 ANT+ Scale I reviewed.  Look for me to include an updated section on that in the near future.  So far, so good – it looks pretty on porcelain.  Here’s it doing its duty late Thursday night: 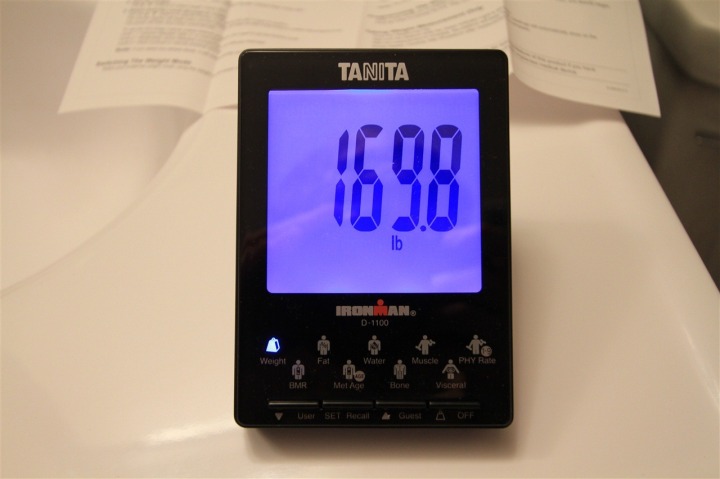 – Finally, I’m contemplating putting together some post on training software options on a Mac.  I get a fair number of requests in that arena, and until recently I’ve been unable to answer them due to lack of hardware.  That issue has been resolved.  Anything in particular ya’ll are looking for?  Any areas you want me to include?  My thinking is something fairly comprehensive, but I’m open to any suggestions.