Snow and Stuff (or stuffed with snow)

The last two days have been pretty busy.  Really busy.  It was all about trying to fit in every possible last detail before heading out on a awesome series of trips.  All while at the same time trying to fit in my workouts.

On a completely random note – this dude went cross country skiing on the bike trail by my place mid-day Monday.  I was on a conference call at the time and had just barely enough time to grab my camera and snap a pic before he went out of view. 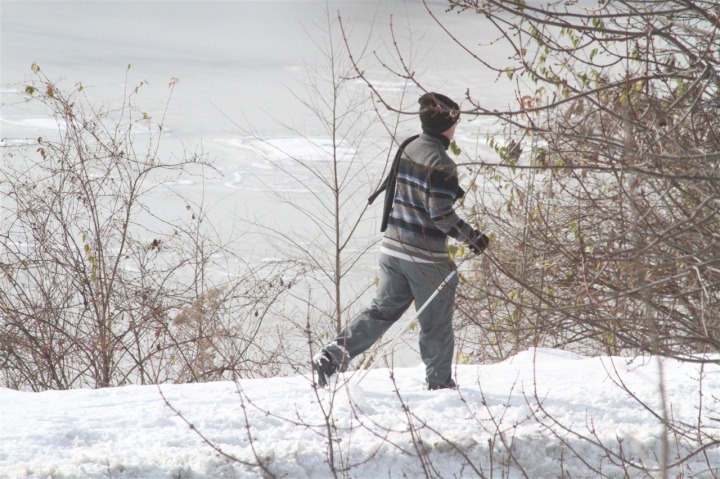 Monday evening I went to the pool and got my swim workout knocked out.  The Girl joined me on the joyous main set of of 24x50y.  She’d take a few second head start and then I’d try to catch her.  This made the time go by super-fast, so the set didn’t seem too bad.  Actually quite a bit of fun really.  And it benefited both of us – her with pushing to try and hold the lead, and me trying to see if I could win.

After we finished the workout, we both spent a few minutes playing with some of the underwater cameras we’ll be bringing on our upcoming trip.  So far…things are looking pretty darn good image quality wise, and all systems were go.  I was happy to be able to squeeze in the 10 minutes in the pool to check the cameras.  As there are a TON of tiny little details/parts you have to ensure are spot on…otherwise floodage would happen.  And that would be bad. 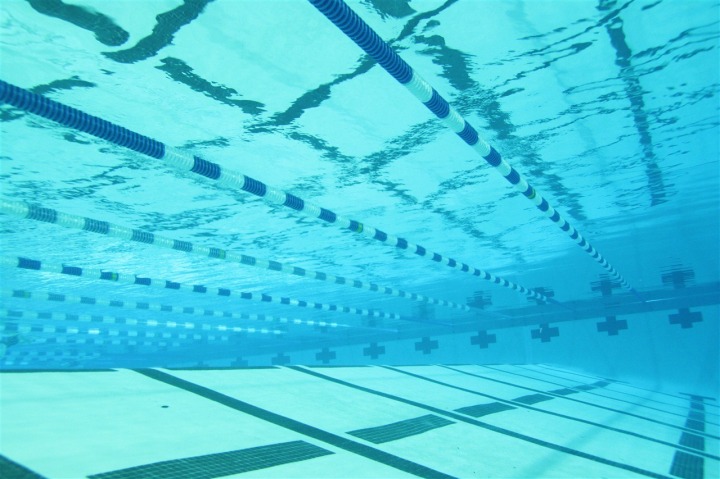 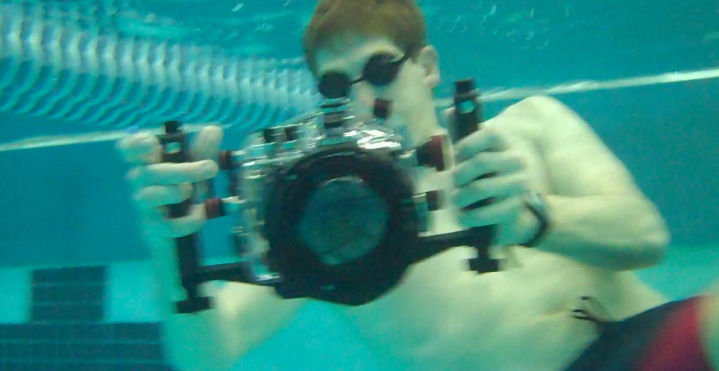 After swimming we bee-lined it downtown to go check out the National Christmas Tree, as well as just do a bit of wandering around the nearby monuments given the recent snow.  Not every day you get snow in DC that actually stays around. 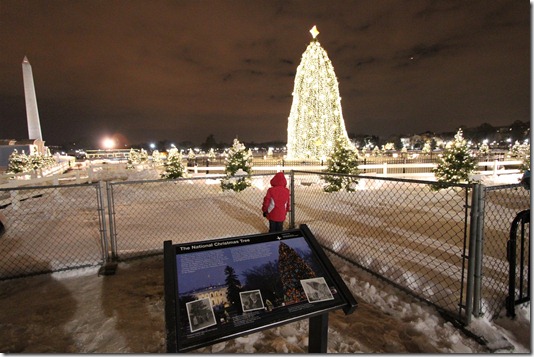 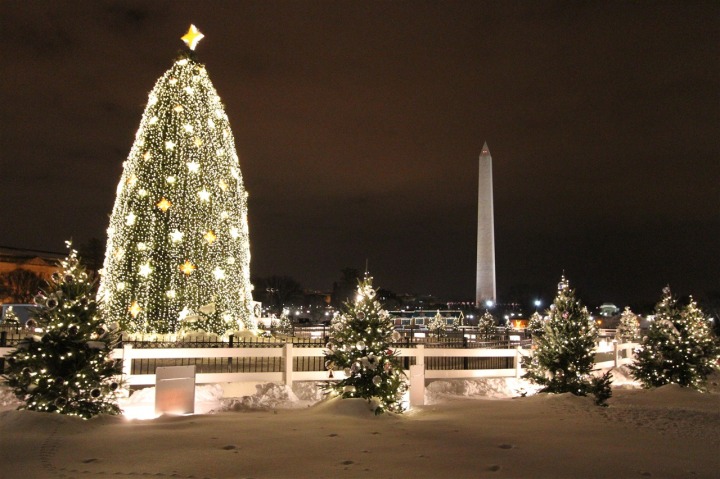 Following our downtown adventure we headed back.  My plan was to run…but I quickly found out that was sorta an impossibility since the city hasn’t put cleaning sidewalks high on the list of things to clear.  It’s easy to run in a few inches of snow – or even ice.  But with you’re talking 17” of snow, plus the snow tossed from the roadway onto the sidewalk…it’s a whole different ballgame.

So…I just did lots and lots of packing.

I wish I had taken a picture of all the crap I got into my suitcase.  Perhaps before I leave Seattle for the international portion.  We’re talking enough clothes for two weeks, plus sports clothes and shoes, plus camera stuff – plus that underwater camera case above and god knows what else managed to jump in there while I was packing.

Coach Alan decided to use me as a guinea pig for a new workout he’s put together.  This one combines all the things you hate love from the other indoor trainer (IT) workouts and puts them in one.  How nice of him.

I need only show you the HR with with wattage and cadence to illustrate my point.  Note that vast sections are at 50rpm.  Go ahead and give 50rpm a shot sometime at a very high wattage.  It’s much more difficult than you’d expect really.  Doing 280w @ 50rpm is quite different (and more difficult) than simply doing 280w at 95rpm.

(Interesting note here, see all those signal green drops?  Those are when the Edge 500 loses the signal from the Cinqo power meter – which does both cadence and power.  Now, this had been a problem occasionally on the Edge 705 for certain folks.  I’m wondering if it’s actually caused by  cell interference, which was on a ledge nearby.  The reason is, see that last section with no drops?  In that case, I actually chucked my cell phone across the room onto the couch.  When I did that…no more drops.  I’ve only seen it since getting a new cell phone 8 days ago, nothing previous to that.  More investigation on that when I get back from my trip…)

Following the trainer, final packing and everything else – we bailed to the airport.  Though, due to crazy-ass traffic (and our taxi driver showing up late), we got to the airport kinda sorta really late.  But…in just enough time to make it on (with a second workout for the day ‘on the house’).  Though, there was some serious pleading at multiple points along the way to manage to get on.  Doesn’t quite hit my all-time record for showing up at the curb 16 minutes prior (JFK) to departure, but does probably equal any previous near-miss with respect to stress.  If we missed this flight… we would have been hosed.

But we didn’t.  So now we’re in Seattle for a few days with my family.  Good times ahead!

I almost forgot one little (actually huge) detail!  I was nominated (by some of you actually, which is pretty cool) as one of the Top 10 Endurance blogs.  That’s pretty awesome – I definitely appreciate it!  As you may remember, last year I made the podium as well – so hopefully we can keep the trend a movin’.

Over the next 8 days, your votes will narrow down the list to the top 3.  The best part about this voting is it takes one click.  No registration, no funky forms to fill out, no e-mails.  Just clickage.  Here ya go: