From a scheduling standpoint last year was much easier.  Ironman Canada 2008 was on August 24th, and the Nation’s Triathlon 2008 (Oly Distance) was three weeks later on September 14th.  While three weeks recovery certainly wasn’t ideal, it seemed to be ‘good enough’ as I managed a 3rd place age group finish (out of more than 200 people), and also placed very highly in the overall ranks – beating quite a few pro’s.

This year it’s only two weeks in between IMC and Nation’s Tri – with Nation’s Tri this upcoming Sunday.  The good news is that post-Ironman I’m in much better shape than I was last year – so the recovery has been much faster from a soreness standpoint than last year.  But, the trick with Ironman recovery is it’s not all about how sore you are – but more about how much energy you have.  The biggest thing most folks find is that their energy for endurance events is completely zapped…for weeks following an Ironman.  Even a Sprint or Oly tri can be a pretty tough effort that quickly following an IM.

So with all that said, I’ve been on a super-easy recovery schedule for the last week since Ironman Canada on Sunday.  No days off, but instead just a single workout each day of the week, with all of them only 30 minutes (the exception being a 60 minute bike on Sunday).

But…my simple life schedule of 30 minutes of exercise per day ended yesterday.  Now it’s back to some semblance of normal training.  Yesterday was a nice solid hour long brick – about the perfect length of a workout from my perspective.  You finish with the clock still showing the same hour as when it started.  Sweet.

The brick was split bike/run – with the bike being an initial 20 minute section of Z2 and high cadence, before it went into the higher Z4A/4B HR zones for pushing a bit more power. 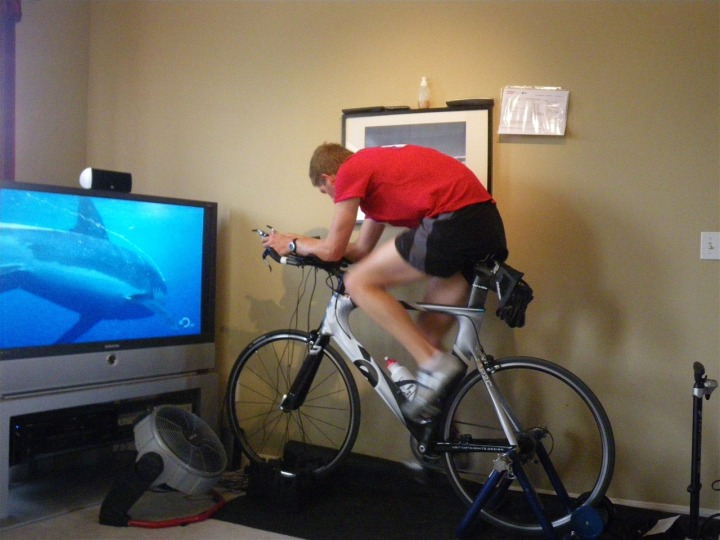 (I was catching up some Discovery Channel Shark Week stuffs)

To my surprise, things were looking pretty descent on the trainer front though – where my wattages were hovering only about 10-15w below what would have been considered ‘normal’ for these heart rates.

(The main set of the workout, post-warm-up)

After that, it was out the front door I went to knock out a fairly quick run.  Again, to my surprise my paces were just slightly behind what I’d expect for any other week.  This really goes to show the value in having a Coach to be able to nail the recovery period just perfectly…and to be able to combine it with a taper for an upcoming race.

You can see the different sections I ran based on HR, and the paces to the left hand side.  Each chunk getting progressively faster, minus the cool down of course (CD). (Yes, my mouse-cursor-writing skillz are roughly equal to that of a second grader)

Anyway, soon I was done. 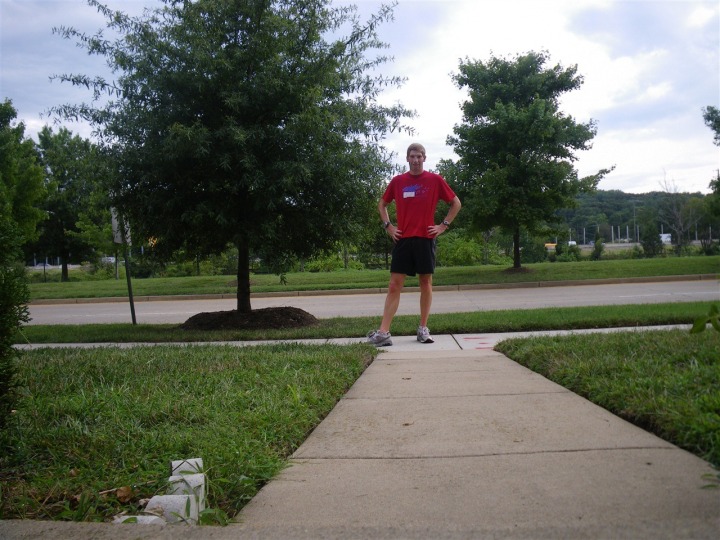 And just a few feet to my side out of frame, I found this massive mushroom: 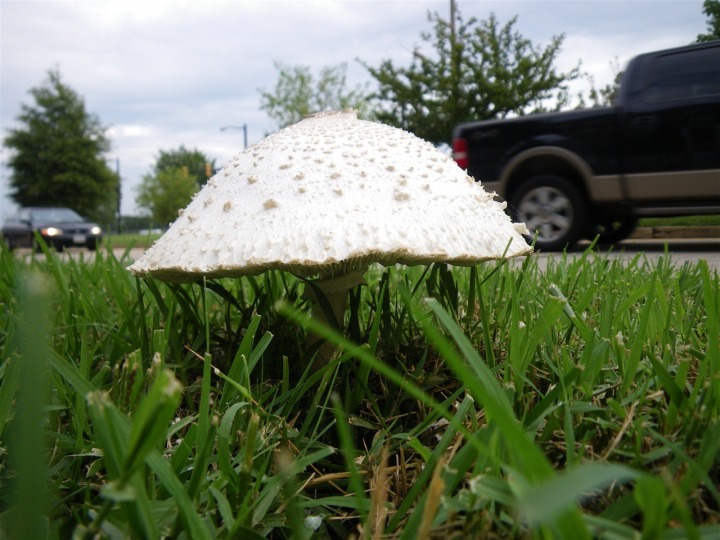 It’s easily 6+ inches across.  I don’t know how on earth is survived to get this big without someone on the running/walking path killing it.  Since I don’t know anything about mushrooms, but I’m going to assume that if I look at it the wrong way, I’ll die the next morning.  So it’ll just let it keep growing there.