This week has been crazy busy with work and late night training.  Before Wednesday night’s run, I happened upon some Caps tickets (local NHL hockey team)…for the first game of the Stanley Cup Playoffs…in a luxury suite.  SWEET!!!  And without paying a nickel (heck, I even got free dinner and other food/drinks to boot!).  Here’s some pics of it: 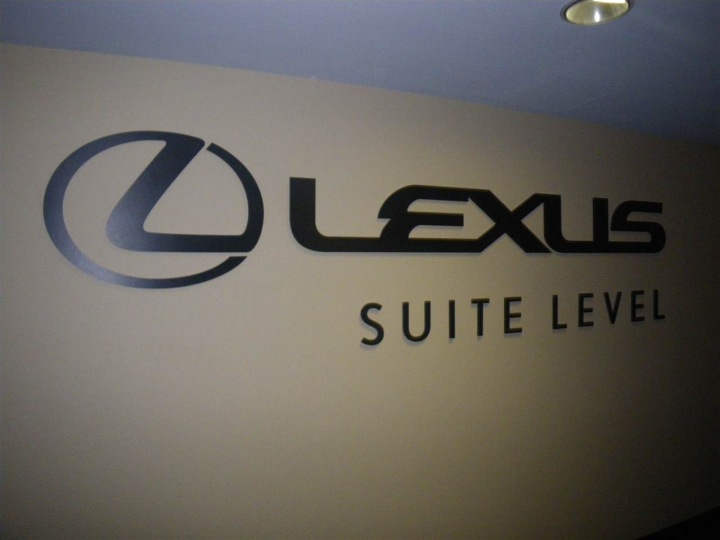 Nice…they gots themselves a fancy sign on this level! 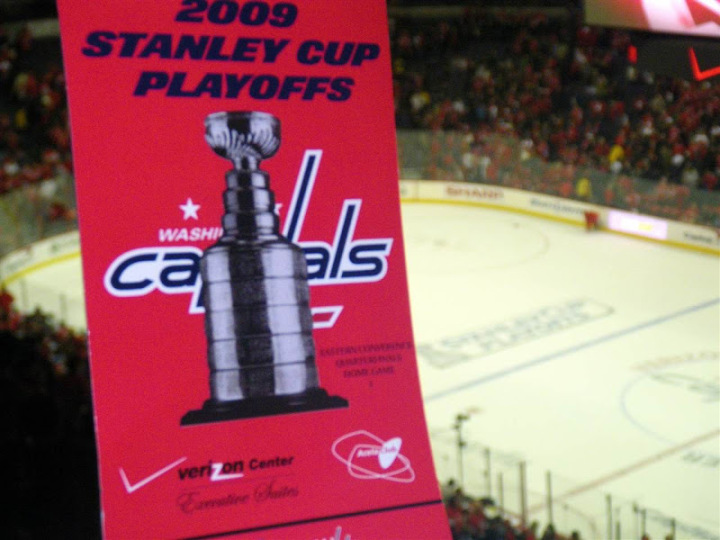 And here’s some pics of the action.  It was a fairly aggressive game between them and the Rangers…But it was pretty good action, even if they didn’t win. 🙁 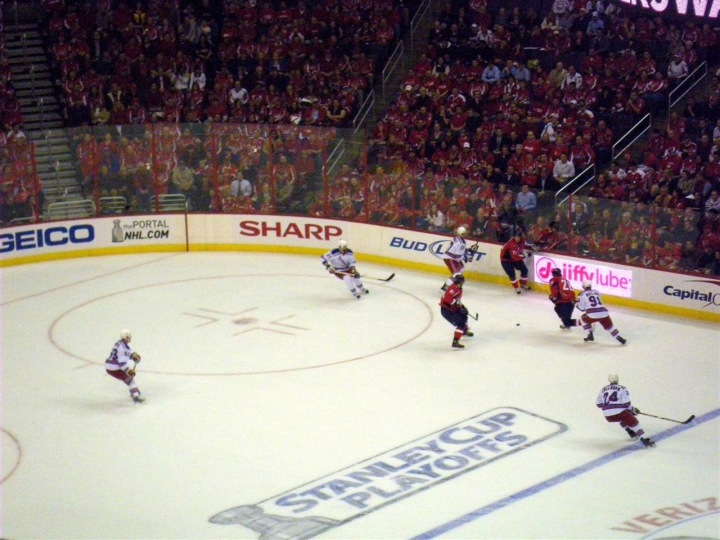 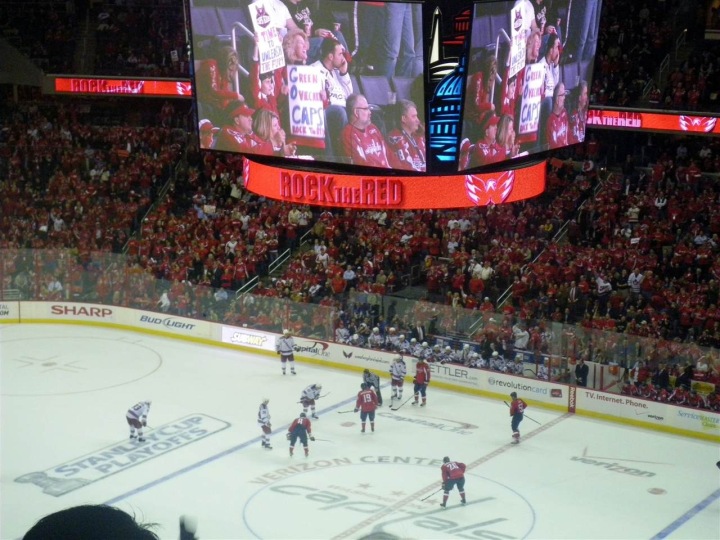 The only problem with the game, was that I had a 65 minute run scheduled – a tempo run at that.  20 minutes each of Z2/Z3/Z4A, plus a 5 minute cool down.  While my intent was to run around the National Mall pre-game, the organizational giver of the tickets wanted to meet up for a pre-game dinner…so the run got postponed until after the game.  At dinner one of the people there made a joke and asked if I was planning on ‘running home too’.  Which…upon 1.2 seconds of thinking – was BRILLIANT!  It was roughly the distance I needed, and it would be way more fun than driving home, plus I love point to point runs.   Luckily a friend/coworker and I carpooled in, so I had my running stuff with me and then he could just drive home.

After a quick change in the car, off I went.  He dropped me off right in front of the Washington Monument, which was mostly a random point I chose when the traffic stopped for a second to jump out of the car, just past 10:20PM. 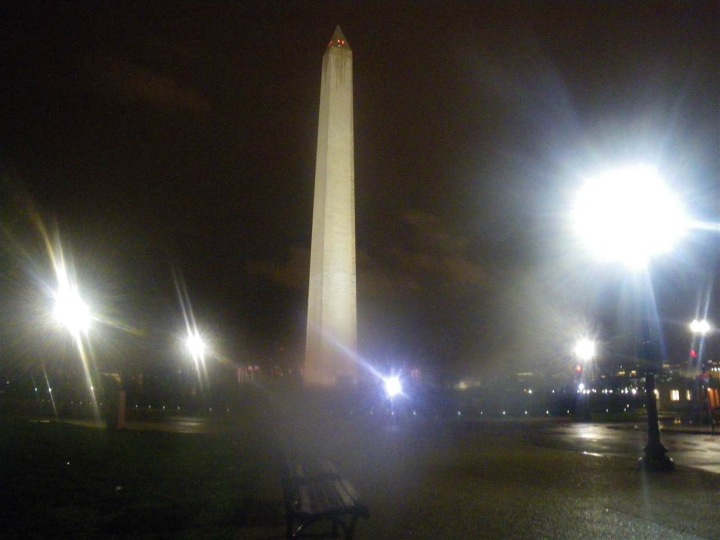 Oh yeah, it was raining.  And about 50*F.  Not ideal picnic or star gazing weather, but in my little brain – it was perfect running weather.  Then I ran by the Cherry Blossom trees, or…what was left of them anyway. 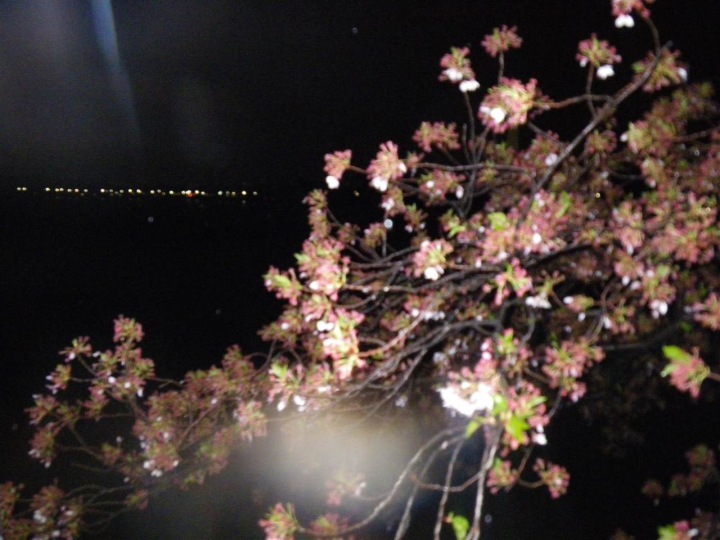 And then passed in front of Jefferson…ya know – the Jefferson Memorial. 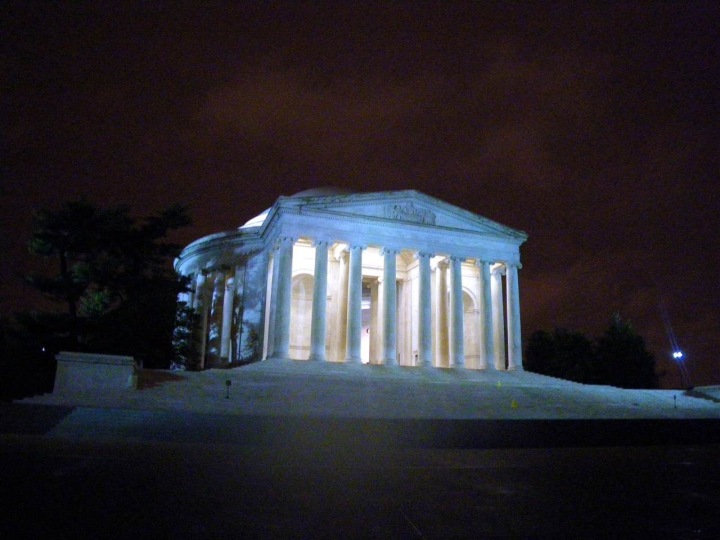 Shortly thereafter I cross over the Potomac and into the ‘Commonwealth of Virginia’ and caught the Mt. Vernon trail along the water for half a dozen or so miles.  It was basically pitch black out, and I only saw one person out there.  But it was rather nice.  And relaxing. 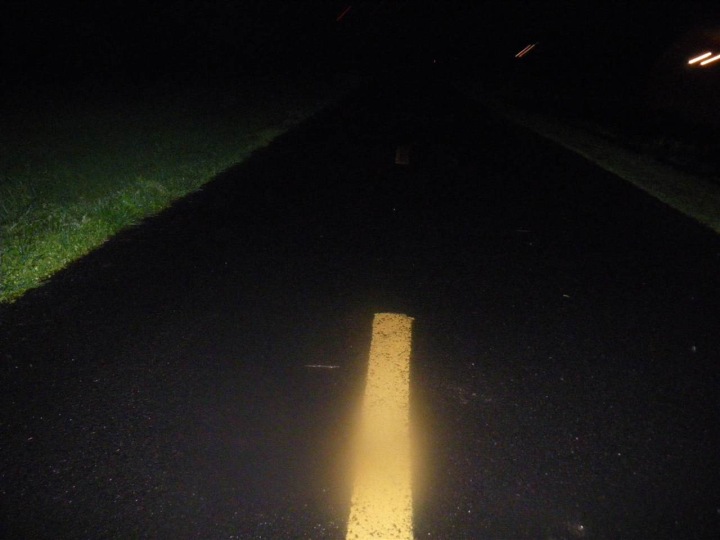 Well, as relaxing as this ridiculously fast tempo run could be.  Despite only getting 5 hours of sleep the night before and being rather late, I was H.A.U.L.I.N.G.  It took a few shots to get a descent photo…while still running. 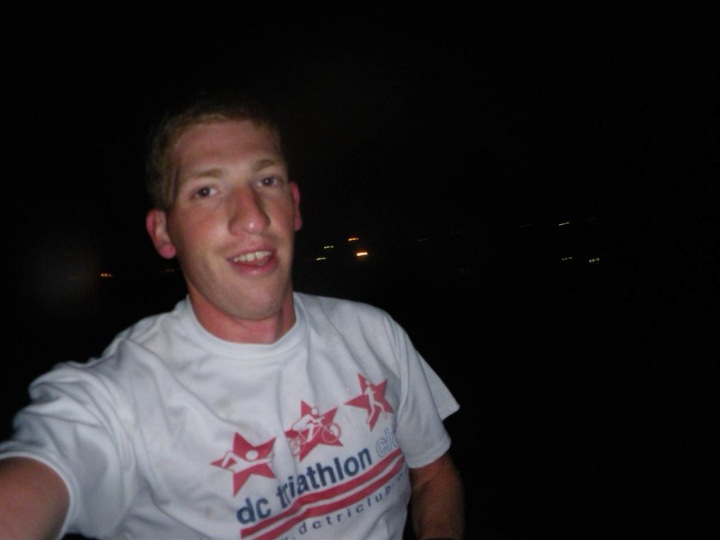 Seriously, it was crazy how fast I was going given how low my HR was staying.  All low 6’s.  In the end I managed to cover 9.5 miles in 65 minutes including the 5 minute super-easy-slow jog at the end. Btw, I hit 65 minutes and 20 seconds, that’s darn impressive for randomly picking a point almost 10 miles away and having no idea how far it actually was (my run was scheduled at 65:00).  Anyway…seems like this are shaping up nicely for a casual 26.2 mile jog on Monday. 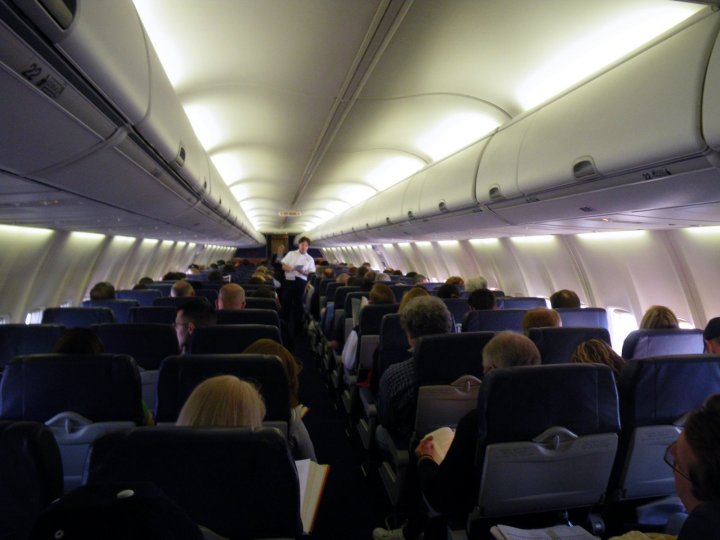 I’m at on the plane cruising at altitude with the Girl (which…was almost without the Girl, since they oversold the flight and she didn’t have a seat, so some significant begging later…we got the last seat).  We’re landing in Providence here in a few minutes (just a short 50 minute flight) and will be hanging out with some of my relatives for the weekend.  Yes…just look at this beauty they just got.  Nuff said.

Tomorrow we’ll go check out the massive expo.  And then the rest of the city a bit.  Perhaps even a game at Fenway (Red Sox), that’d be awesome!  Then on Monday there’s that little detail of having to run 26.2 miles.  I’m as relaxed as I’ve ever been for a race.  Mostly because I’m just going to have fun.  No PR’s planned, no hard running.  Just a nice easy little jog across the city.  So don’t be looking for any sub-3 hour times here.  If I see entertaining/interesting things along the way I’m stopping to take a picture…or 20.  That’s the way this race will roll.

Anyway, I’ll have a solid post sometime this weekend with all the deets and craptons of pictures from the Expo.  And hopefully a LOT OF FREE STUFF!  Have a good weekend!