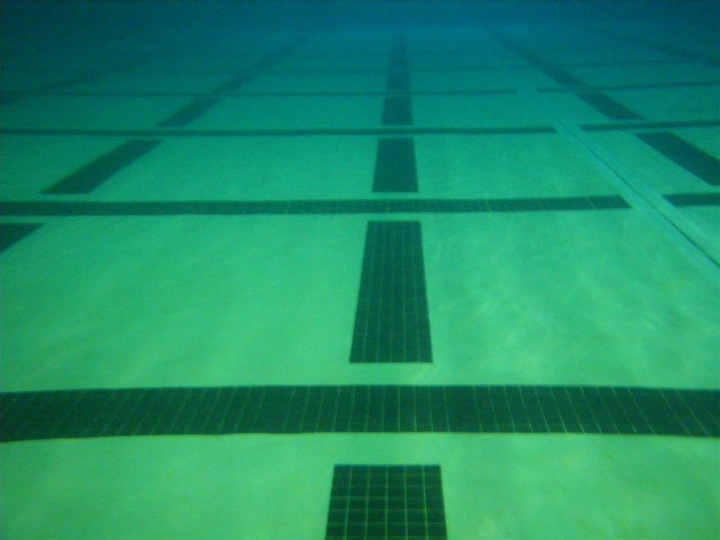 1) As I headed out this morning to run I had to make a game-time decision to not run my usual 20-miler.  This made me a sad panda.  Instead I bumbled to the pool and ended up doing 6,100 yards continuously  This resulted in 244 flip turns.  243 of which were completed with some degree of success.  One resulted in surfacing directly into/under the lane line, which was less than elegant.  I enjoy long-continuous swims, but I don’t know why given I don’t particularly enjoy indoor pool swimming.  This swim puts me at 17,600 yards for the week, which I’m happy panda about.  So…why was I swimming instead of running?

2) Well, that’d be because I can’t exactly walk.  My calves are incredibly sore. You know how you feel after a marathon where you waddle everywhere?  Well, that’s me.  So how’d that happen?

3) I had two track sessions on Thursday.  Yes.  Two.  One was a technique session with the coach, and the second was a regular session.  The first one is actually what left me so sore.  We changed a few things with my running stride – not significantly actually,  very minor.  But that resulted in using some portion of my calves that I apparently have not entertained previously.  And the second track workout probably didn’t help (but it was a blast – easy 800’s at 2:53 a pop – weeee!).  Everything is quite well on target for a 1:19 Half Marathon in three weeks.

4) Yesterday at the pool there was in a dude in the lane next to me, clearly attempting to engage in silent lap racing.  Which is fine by me.  I’m always down for some fun, even if I am 3,000 yards into my set.  Nonetheless, he lost…repeatedly.  But the loss isn’t what counts.  What counts is he had his name written on the ass of his speedo.  There should be rules here – but essentially, if you are going to have your name written on your suit, you need to be fast.  As Ben Collins is.  And as this dude was not.  Oh, and he only swam about 10-12 laps and then went to the locker room.  Fail. 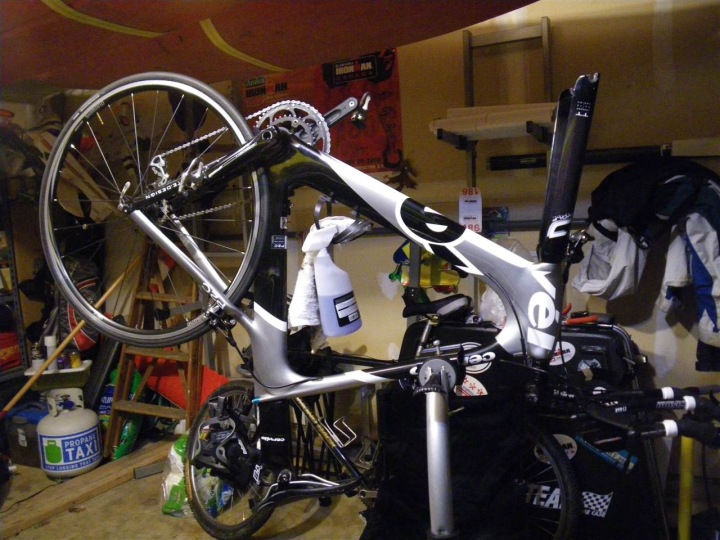 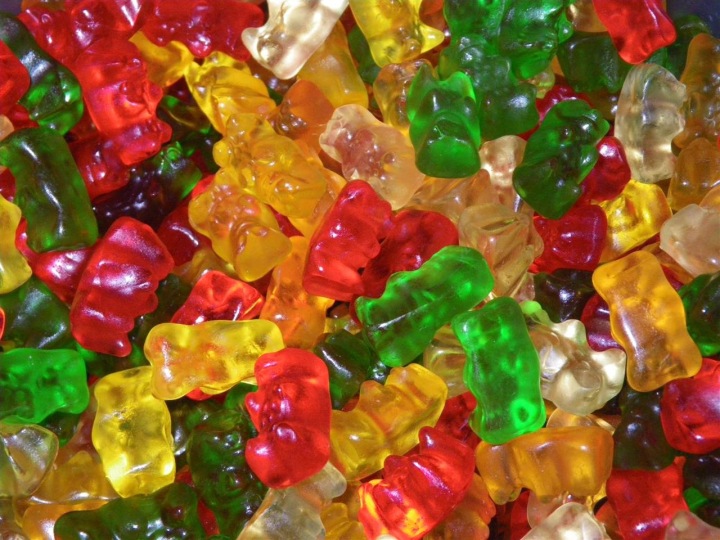 7) Oh, I forgot – at the track technique session my coach said I need some “Active Release Therapy”.  Hmm…I can’t be the only one who’s mind wanders with that terminology.

8) This evening, the girl and I made cupcakes.  While all the previous cupcake photos on this blog have been from a place in Old Town Alexandria – these ones are MINE (and hers)!  Tonight begins my foray into cupcakes.  First I had to find cake flour, which turns out is more difficult to find that I anticipated.  Then I carefully followed a recipe from this book, and made the Black and White cupcakes.  My goal is to make one cupcake batch per week and eventually be able to create my own. Oh, and these ones came out awesome. Mmm…cuuuuppppcaaakkkkeees. 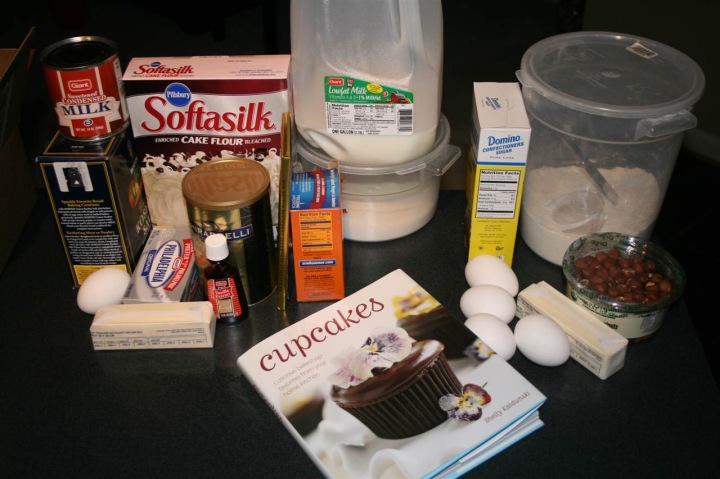 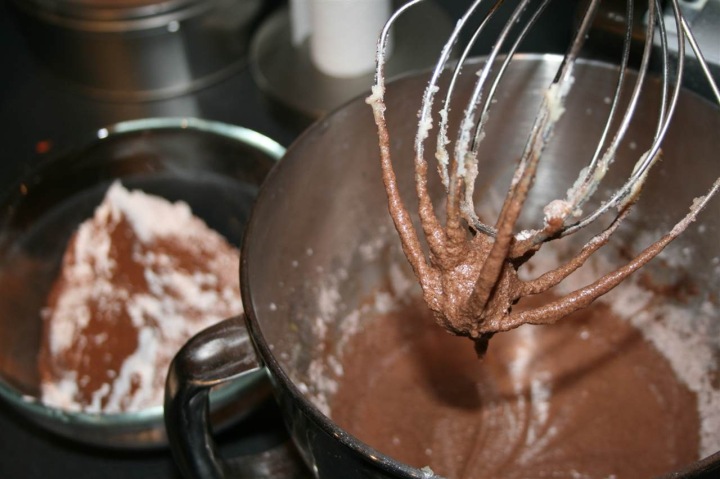 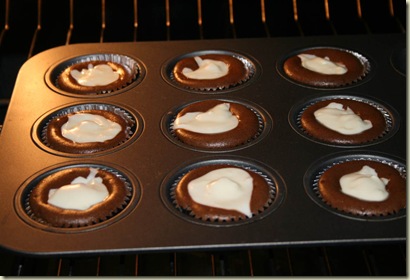 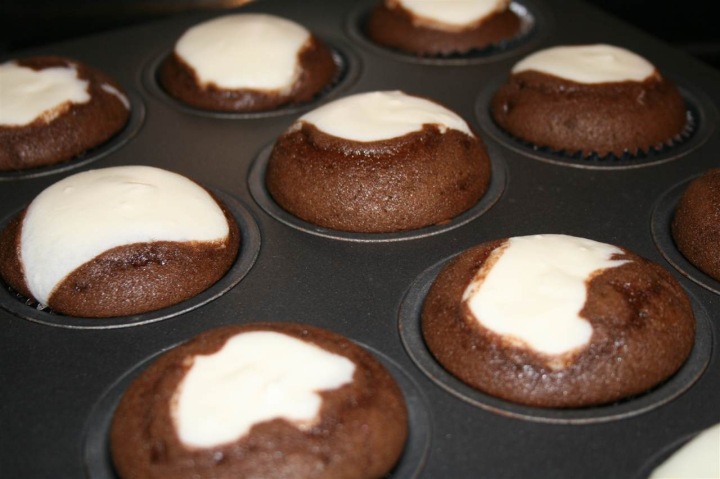 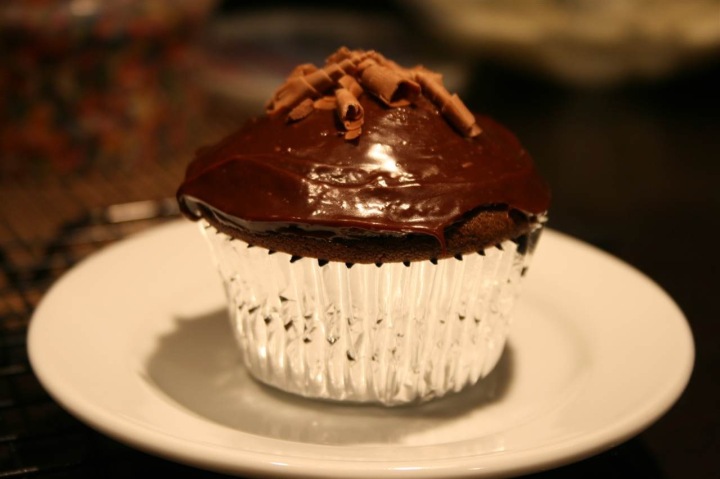 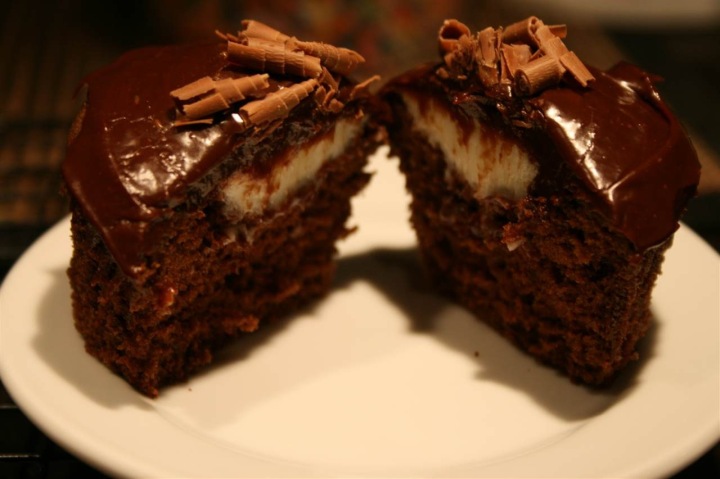 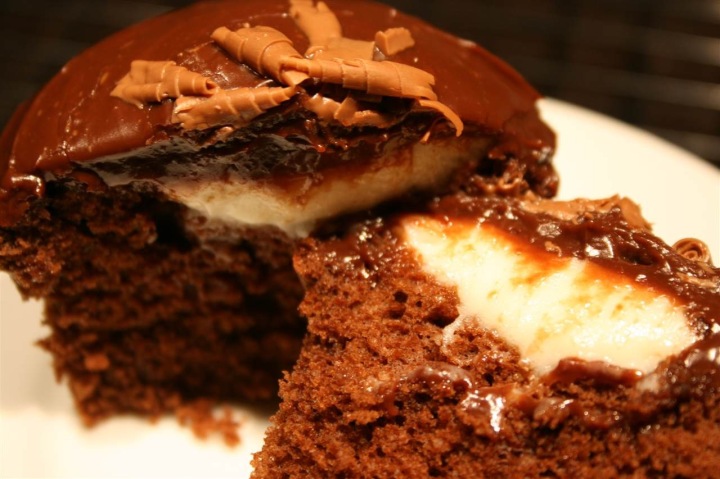 The girl also made a recipe from the book – Hazelnut Brown Butter with a Hazelnut Cream Cheese frosting, which came out equally as awesome!

She then gave the cupcake two nuts… 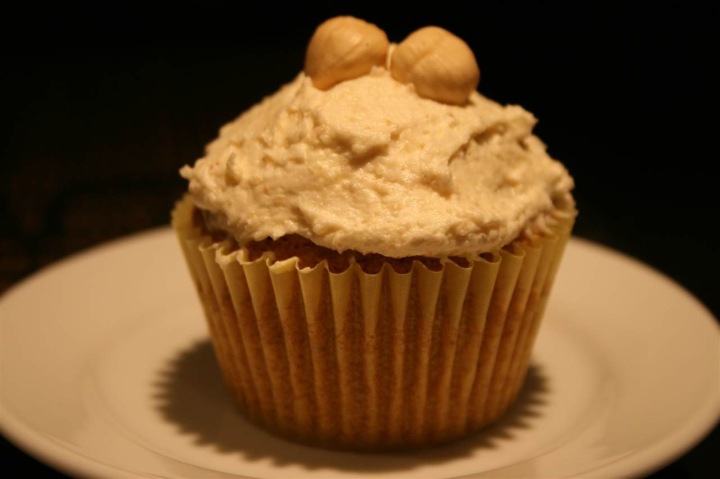 …before deciding that perhaps going up north a bit and giving it some additional assets. 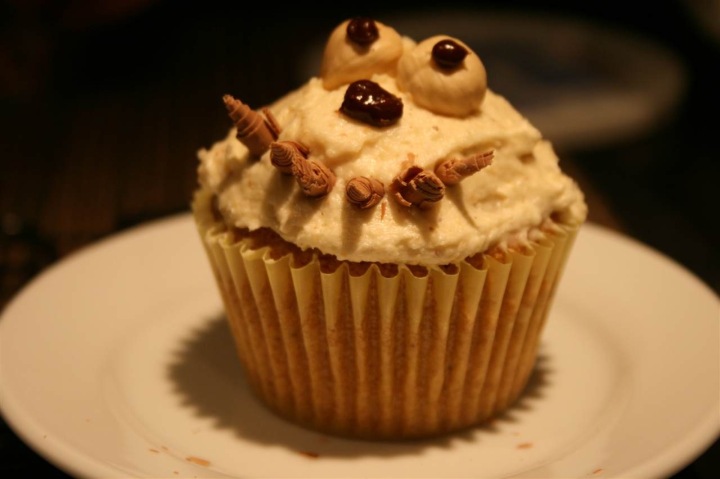 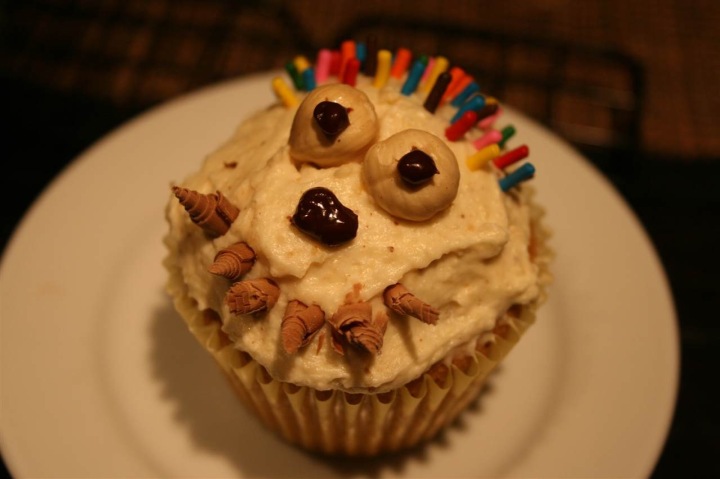