Double duty – a week of workouts in the world of me

It occurred to me shortly after posting Tuesday’s list of races that I might have to train for them. Which means I might have to work…a.lot. Which in turn means a lot of running, swimming and cycling.

Of course, training has been in full swing since returning from vacation earlier this month. But what does that mean?

Well, here’s this past week’s lineup.

(Note, this ended up slightly longer than I planned. I added stuff each night this week after I completed it. But I promise there’s some good content in there about workout design. Ok, so it’s really a crap-load longer than I expected.)

(Note II: Please keep in mind that everyone’s training plans are different for different goals. Meaning – if you’re just starting out – don’t think “I’m not doing enough!” when you see this. This plan is designed for my abilities (or rather lack thereof) to hit specific goals across the whole of 2009.)

I swam about 70 minutes. Except, this wasn’t my typical swim. Since last Thursday the coach has put me back on drill rations. About 2,500 or so yards of drills to re-install my apparently lost ability to swim smoothly (let’s face it, I never had such a capability). 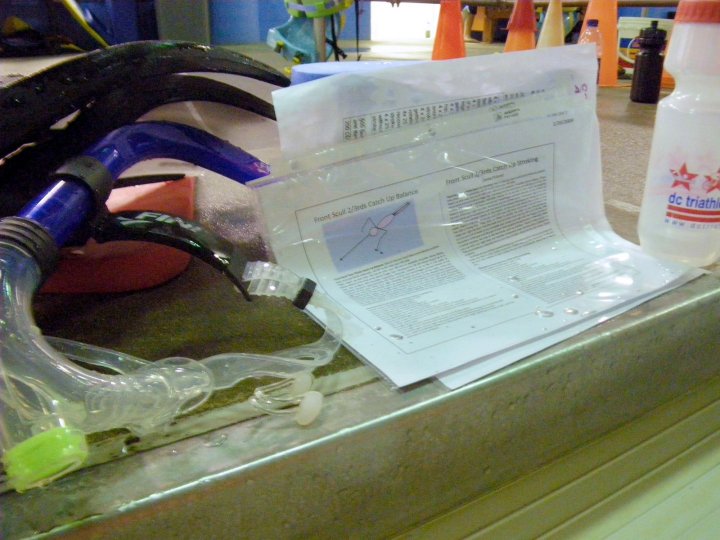 So I went back and forth, shuffling through tons of papers (which I cleverly reduced in size and put in plastic protectors, cause I was all out of the nifty laminating paper). 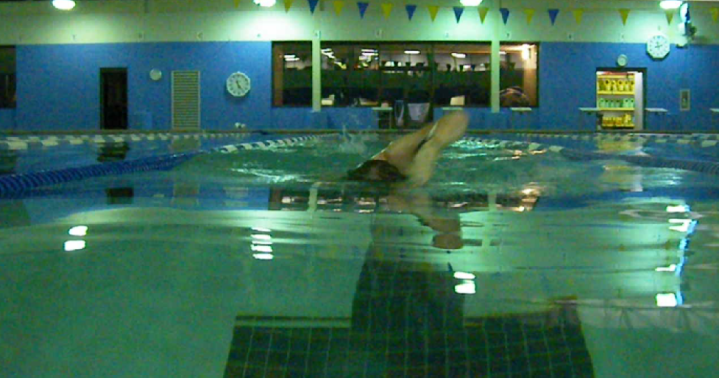 I also finished up the day with a short midnight mile run to recalibrate my recently returned Garmin 305, and then did a short trainer ride in an unsuccessful attempt to fix an issue with the CompuTrainer. 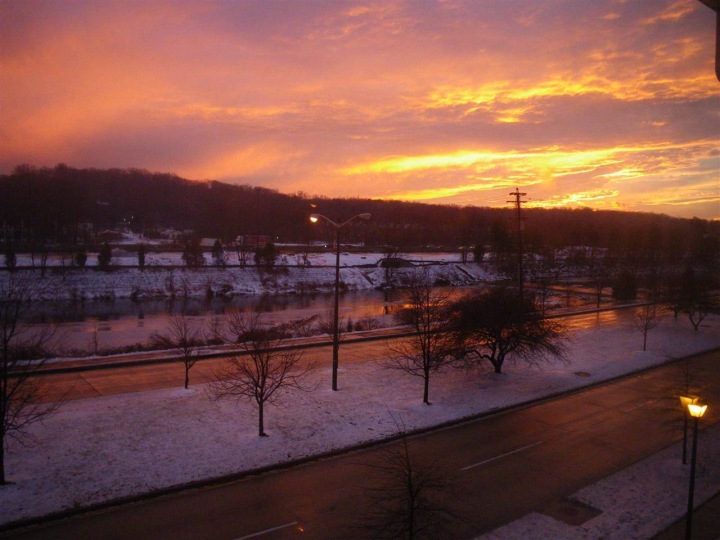 Normally the snow and freezing rain would have thrown my usual Tuesday run for a bit of a loop. But start last week the coach put me on a evil hill-interval treadmill workout for Tuesday’s.

So why is it evil? Well…here’s a sample of it:

Baseline is at an incline of 1 degree

So what on earth does all that gibberish mean? Well, the Z#’s are heart rates. So essentially the first 25 minutes are a warm-up, then a gradual build to ‘establish’ the Z4B pace – based on my HR that day between 170 and 173bpm. So for Tuesday, that means that my Z4B pace (based on my Z4B HR) was 9.2mph – or converted a 6:31/mile pace. So remember Z4b pace = 9.2. From this point on we IGNORE my actual heart rate, we only used HR for the first portion.

Ok, with me so far? Now, we move into the meat of the workout, four sets of the elevation pyramid. We start off nice and easy at our baseline of 1* incline. Then we go to 2*, and then 3* incline. Note that each time we go up in incline it gets harder (duh), but how much? Well, this nifty chart tells you. So now that 6:31 pace in effect becomes a 6:09 pace. Awesome!

The graph came out really pretty. Thanks to the 305 and the foot pod – which shows pace even while inside.

Oh…but we’re not done yet. We got some sprints to do.

So that’s my run. 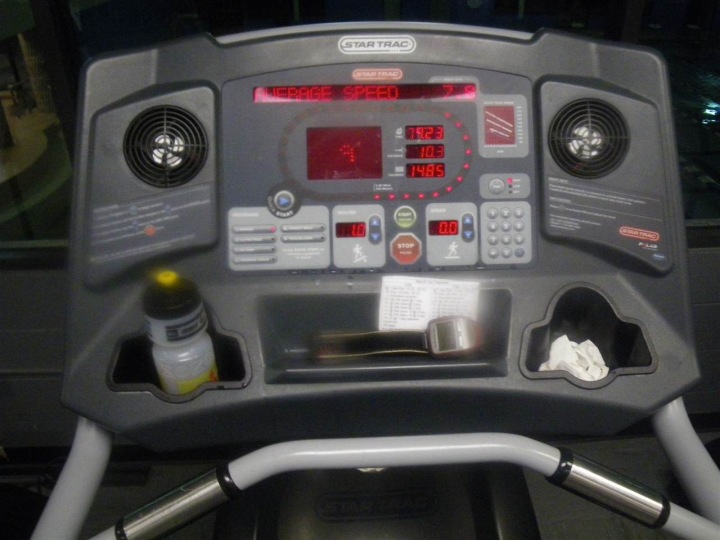 But we’re not done yet. I’ve still gotta do a core workout and lifting. That took another 40 minutes. 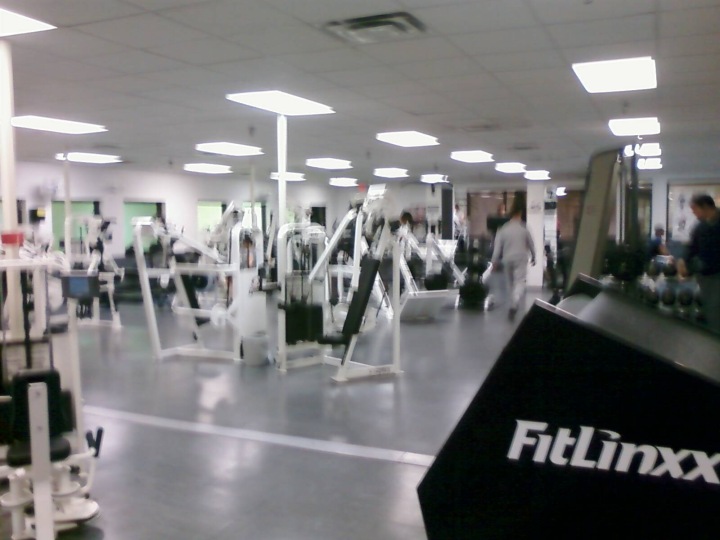 Finally, more than two hours after I arrived at the gym…Tuesday was done.

Until I walked outside and found my car encased in a massive ice cube from freezing rain. 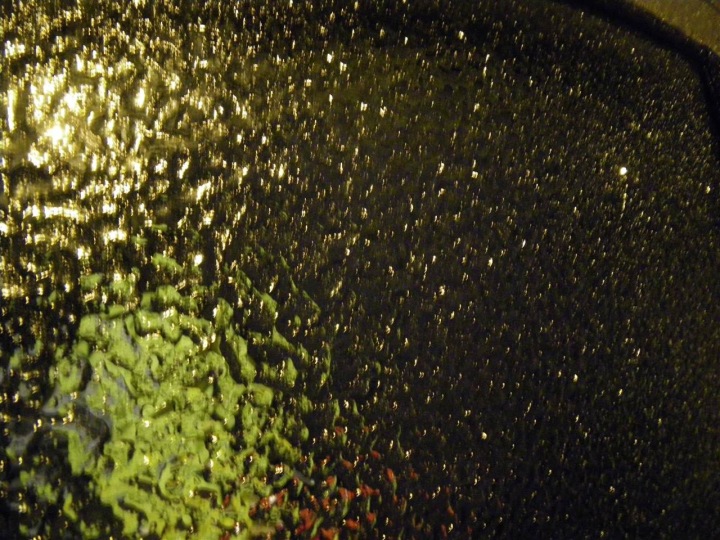 Wednesday brought Mr. Bike and Mr. Swim back into the picture.

Because this post is already getting long, I’ll save you the details on the exact bike workout. But it was a workout almost identical to the treadmill workout the previous night – except changing everything to the bike. The differences being that instead of elevation/speed being added, wattages were added.

It’s nice to start seeing some of the wattages come around after my bike wattages being lower over the past 4-6 weeks (due to not much cycling). Still about 50-60 watts off of mid-peak numbers for these sets (i.e. where I was in July-August). But my guess is by March these will be back and higher than ever. 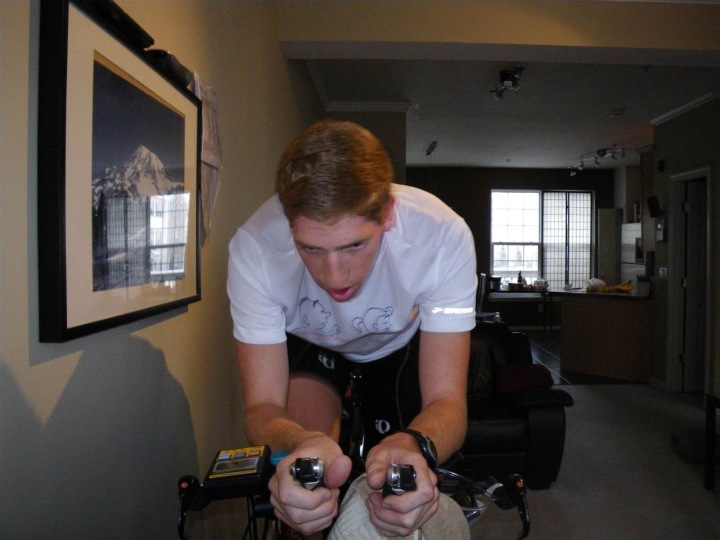 Wednesday evening I headed back to the pool for another set of drills. I have to get these all perfectly nailed or I’ll hear about it in the morning when I’ve got another swim technique session with el Coach. 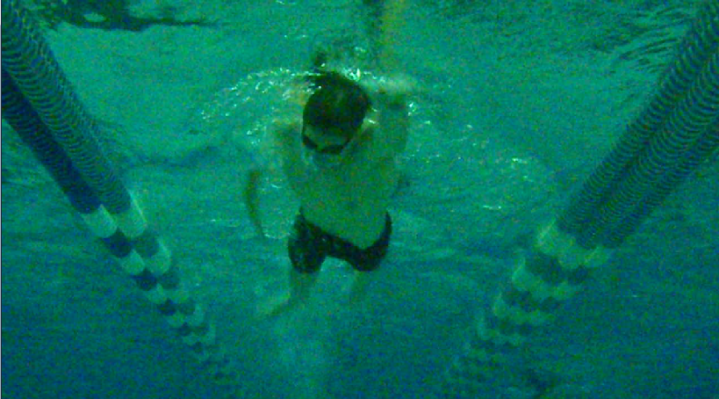 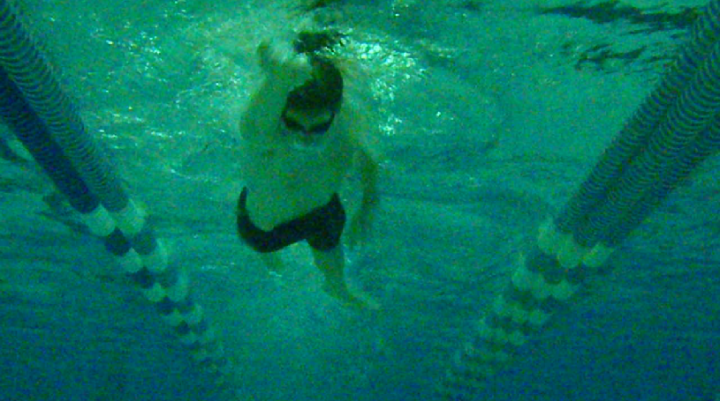 But my time away from the pool would be short lived. Less than 11 hours later at 6:20AM I’m jumping into the (shallow) end of the pool for a 2 hour technique session. 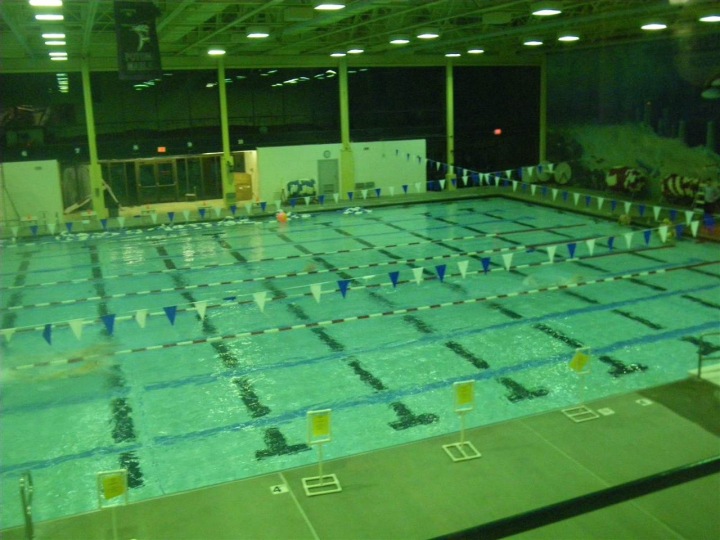 Back and forth we go…a million times. Well, probably not a million. But it felt like it. By the end I’m a frozen popsicle. Mostly because we’re doing a lot of stopping, fixing and slowly moving down the. So I’m certainly not breathing hard, and am instead focusing on getting it right.

Overall he was quite happy with my progress since Saturday. I’m like a new duck. 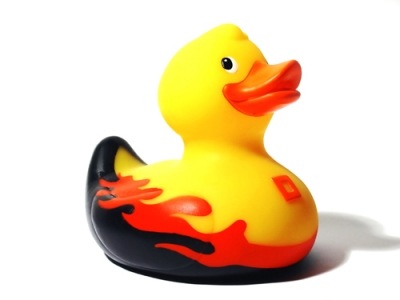 But despite my newfound speed, I’m not off the hook yet for the day. We’ve got track club tonight! Well, it’s not an official club. It’s just a very small (3-5) group of guys I run in circles with. We head out into the darkness and begin many many loops. 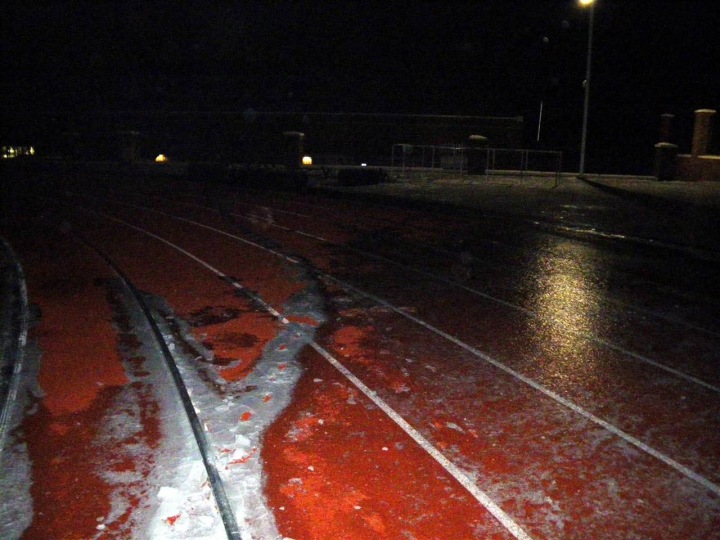 Except…we run into a little problemo. Despite having an advance scout go out and inspect the track at noon, there appears to be about a 50m stretch with 1” thick ice. Apparently the scout did not fully cover the track during their check. Or it turned from water to ice. So…yeah. 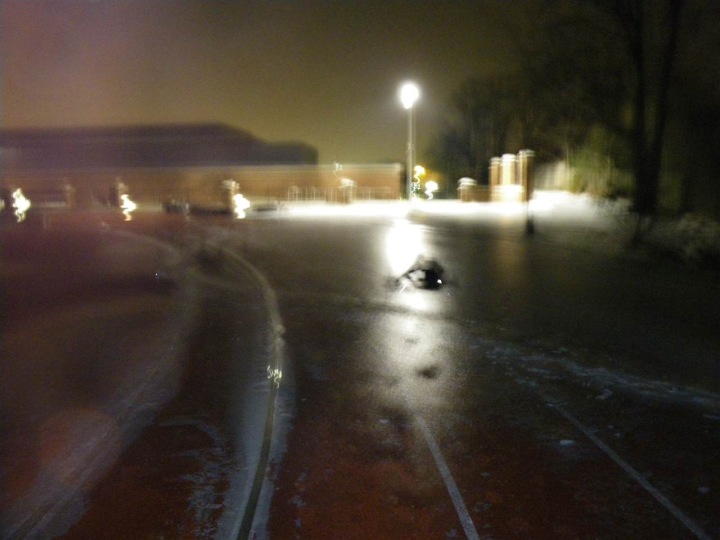 That above is just a massive sheet of ice. That blob in the middle is Rob – who seemed to enjoy playing on the ice more than the workout (not that I blame him).

This resulted in a slightly skewed inward loop to navigate around the ice, over some track & field and football equipment, and then back onto the track. You can see the inward route compared to the rounded track itself.

And as is now customary, after the track I hit up the weight room to do a core workout and lift. Boo! 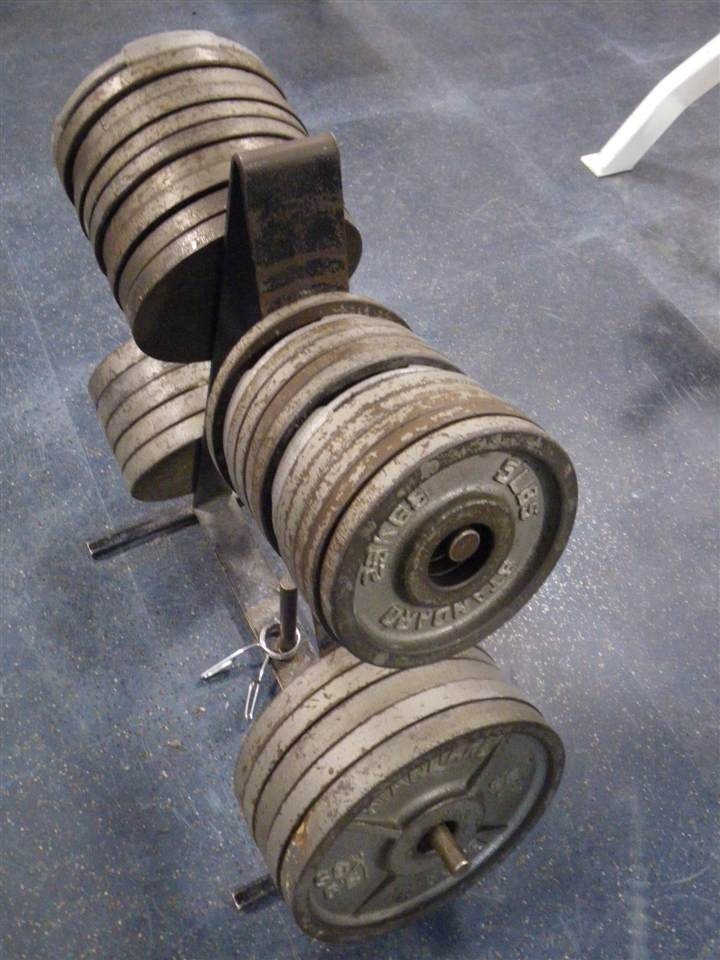 TGIF…well…sorta. Friday means doubles again. One swim and one bike to get done before the weekend officially begins.

During my lunch I knocked out my 62 minute trainer ride. And as a bonus I had an unwatched episode of Top Chef from earlier this week to watch, so it made the time go by fairly quickly. 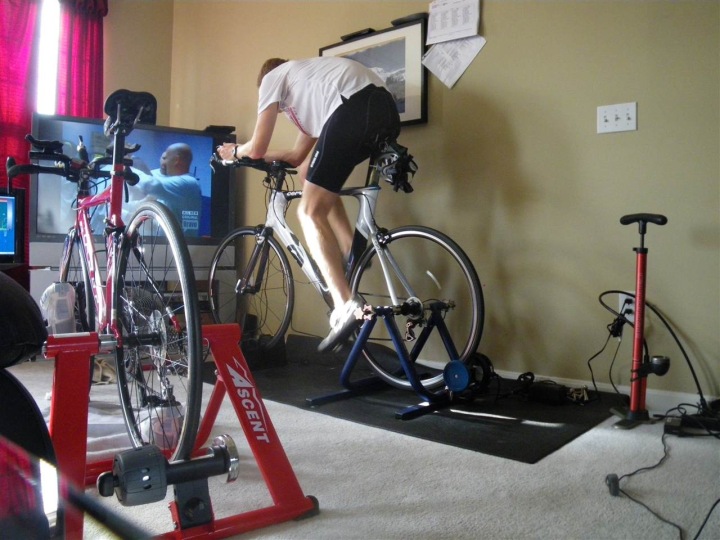 Followed up by an evening swim. Except that I forgot that one of the local pools cut back it’s hours, and I neglected to also remember that all of the other local pools host Friday night swim meets. So I ended up at the YMCA to get my swim in (and thus had to pay a single use fee…booo!). 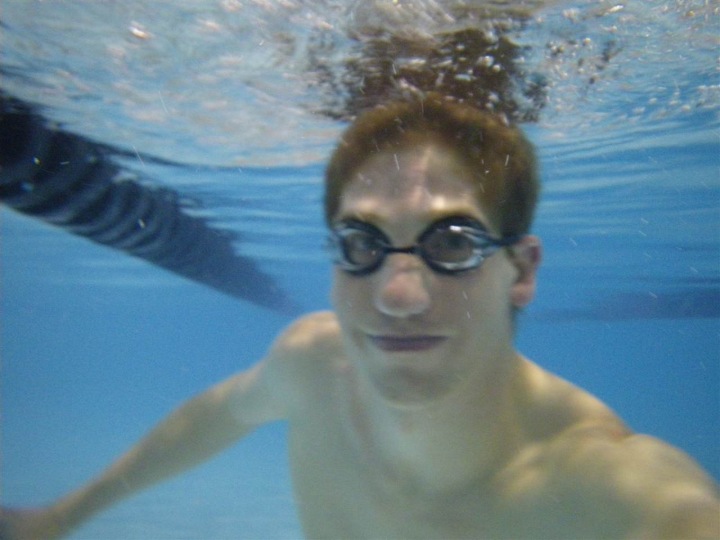 Oh, and finally – TGIF for realz! We made pizza’s from scratch. It’s so easy, and so much more fun. Those potatoe looking things in the lower right corner of the picture are balls of pizza dough (wheat and white). 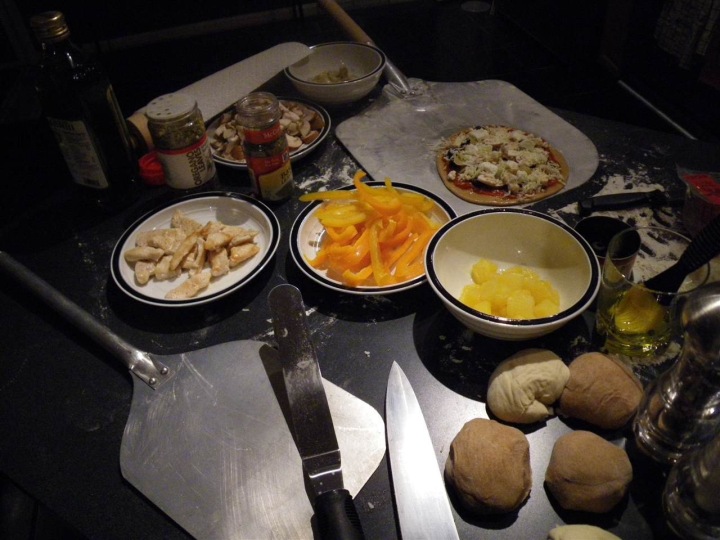 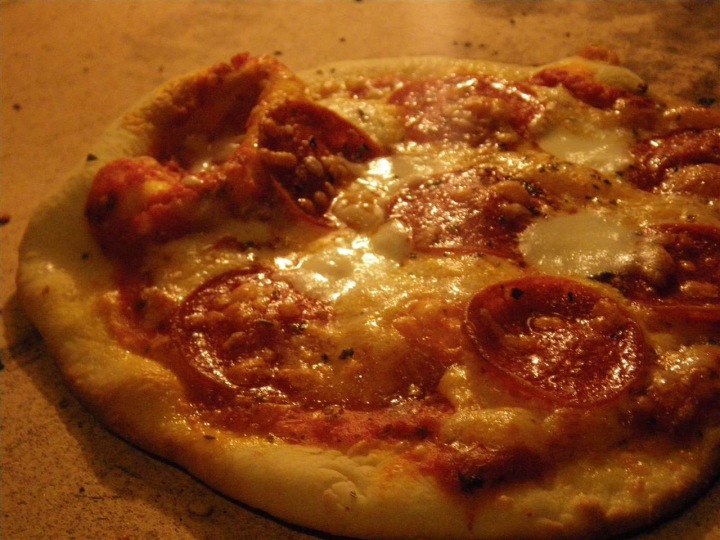 Very little of me wanted to get up and head outside early Saturday morning for my nearly 2 hour long run. It was 22*F outside, and with windchill it was around 12*F. Suckage. 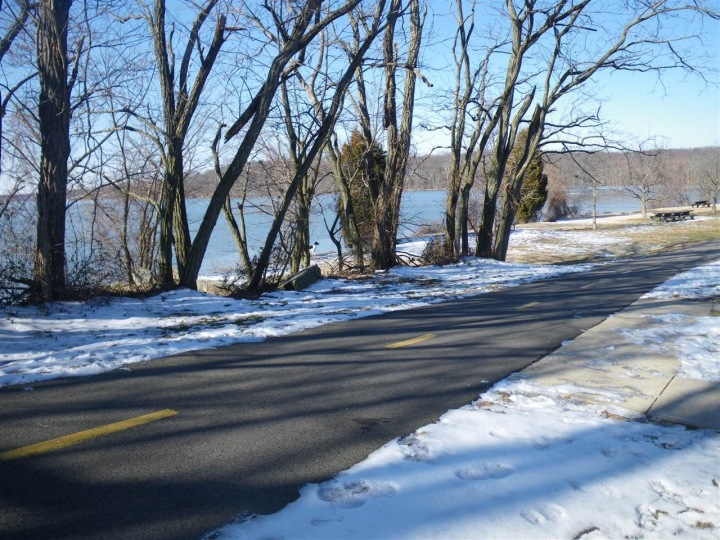 Although you can’t see it in this photo, every few hundred yards the path was covered in a nasty sheet of crusty ice and snow. So that made things a bit more challenging.

I averaged a 7:30 pace for the 15.2 miles. It was mostly [supposed to be] an easy run – but I got crap later on from the coach for running some sections (hills) too hard. Fail.

Then it was time to head to the weight room for a semi-quick 40 minute circuit there (yes, after running 15 miles..isn’t this scheme joyous?). 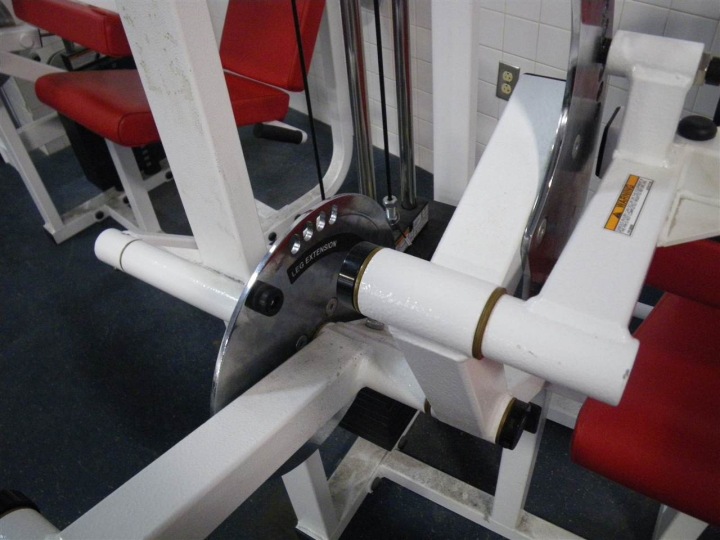 And then zip home to jump on my bike for an easy 30 minute spin. I decided against changing out of my running stuff – which wasn’t a wise idea. I was quite warm by the end of this. 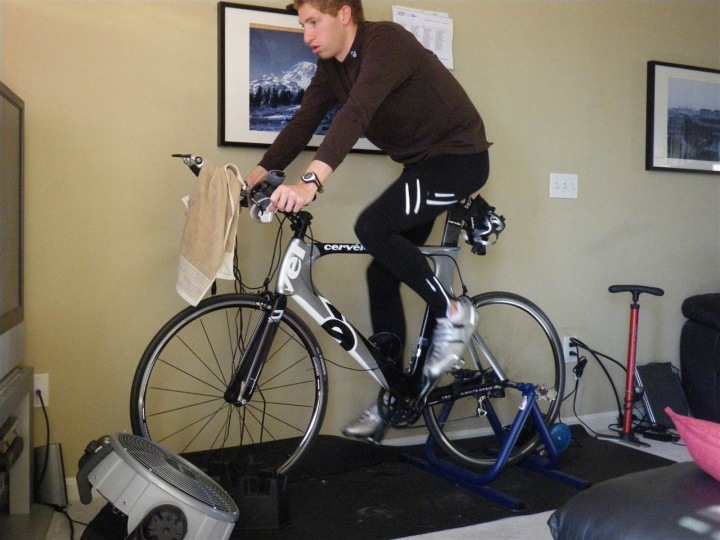 Finally! No – not the end of the week or this post – but SUN! Warm, happy sun! It hit the mid-50’s today, and that was more than enough to be able to head out and enjoy my ‘long ride’ outdoors. It really wasn’t all that long, only about 90 minutes. But, better than a nasty indoor trainer workout for 90 minutes (admittedly the trainer would have been a ‘better’ workout – strength wise). 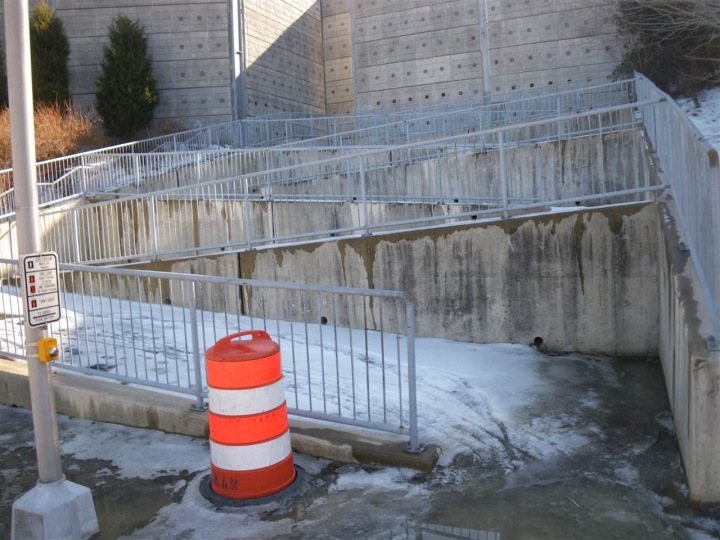 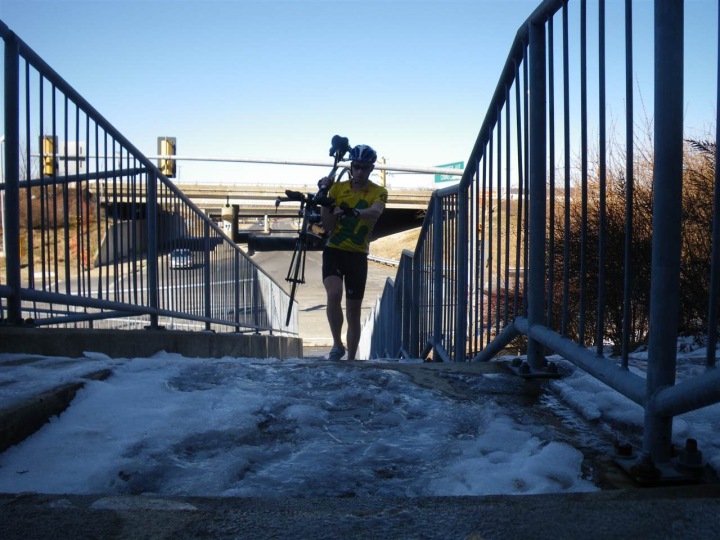 But otherwise, it was quite a nice ride. I have to get back in the hang of perfecting shifting on hills to stay within specified HR zones. It won’t take but a few more outdoor sessions to lock that back in though. 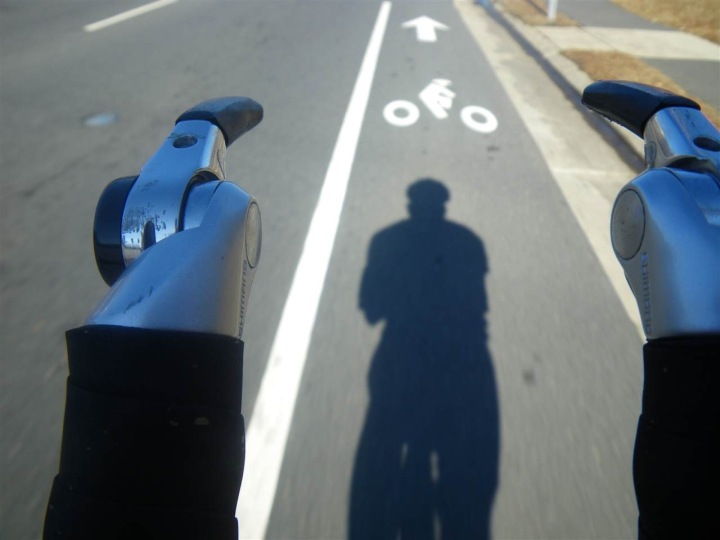 When I got home, I had a Passion Fruit Pistachio cupcake I had picked up from the cupcake place earlier in the morning. I sat outside on the bench in front of my place and just enjoyed the sun…and cupcake. Soooo gooooooood! 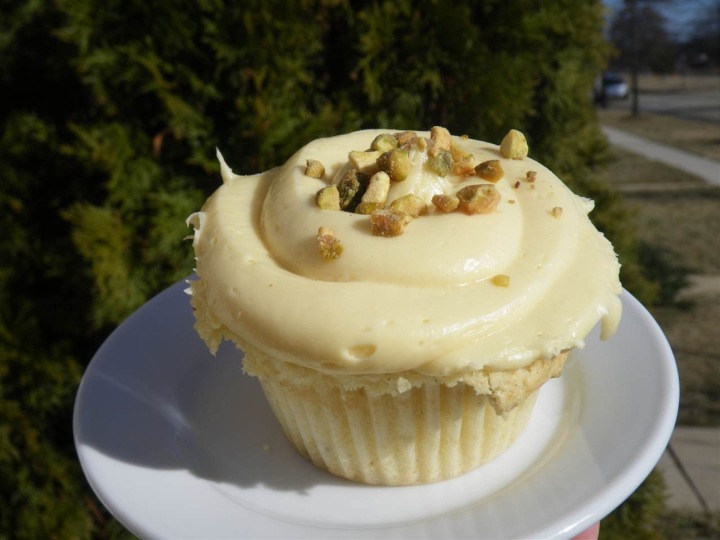