A 10K, a marathon and wilderness in between

On Friday night myself and two friends drove down to Charlottesville, VA to run in a 10K race there (Bad to the Bone 10K aka Charlottesville Fall Classic). 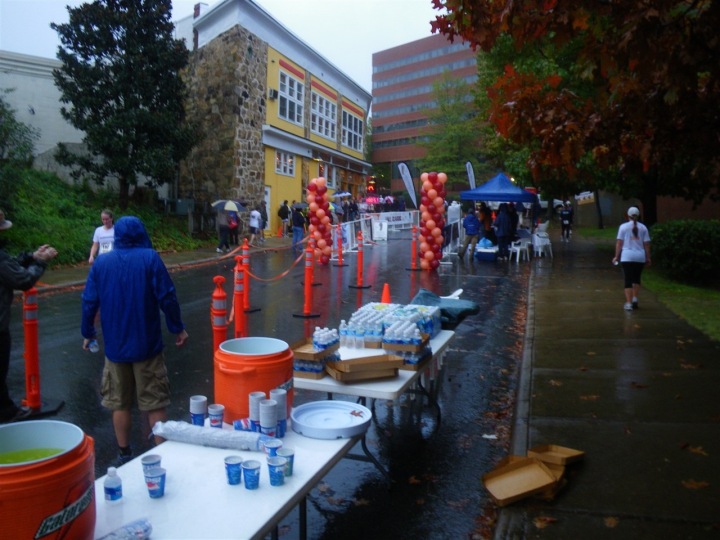 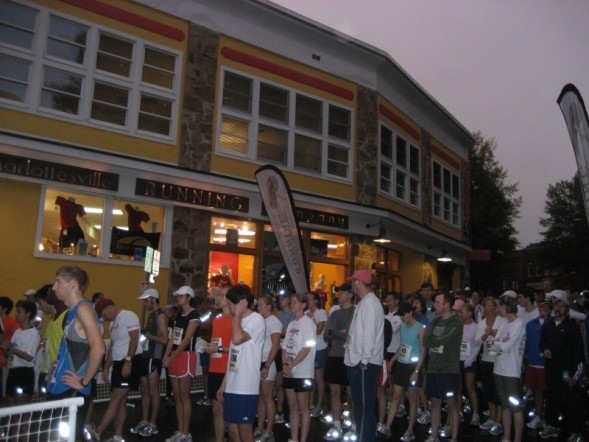 (I’m in the lower left in blue)

It’s a pretty hilly course.  But I made the best of it and the pouring cold 41* rain.

As you can see from the below, the hills took their toll:

I managed to take 2nd in the M25-29 AG, and top 20 overall (out of 240 runners).  Technically speaking this is a 16 minute PR.  As the only other standalone 10K I’ve run was two summers ago and I was about 54 minutes.  It was also my first running race.   I think I’m going to do the Jingle Bell 10K in December and see how I do on a flatter course. 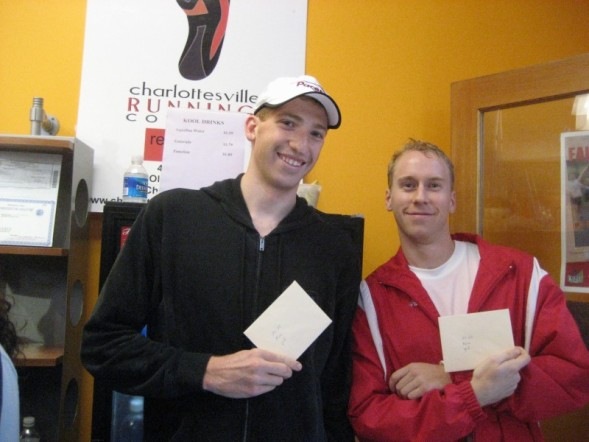 For my win I got $30 off any purchase of $100 at the running store in Charlottesville (ya know…2.5 hours away).  I was kinda bummed about that.  As my friend noted (who rocked it in 3rd place) – I would honestly have just preferred a cheap printed out finishers/placement certificate.  So if anyone lives in/near Charlottesville and wants the certificate – it’s yours – just e-mail me (seriously). 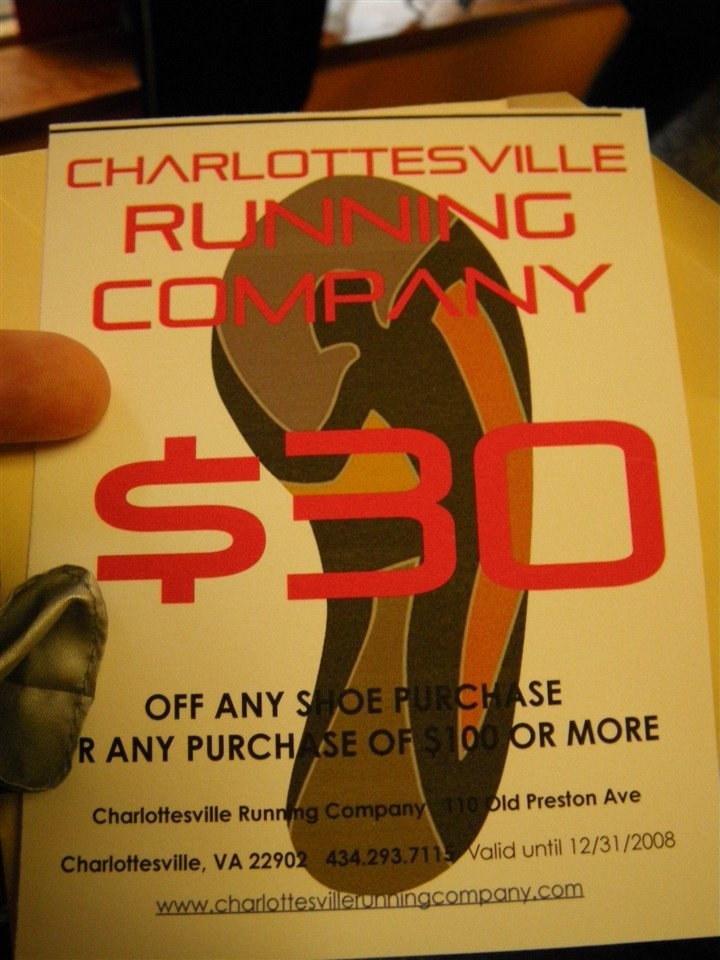 Anyway…on the way back we passed a sign, quite simply: 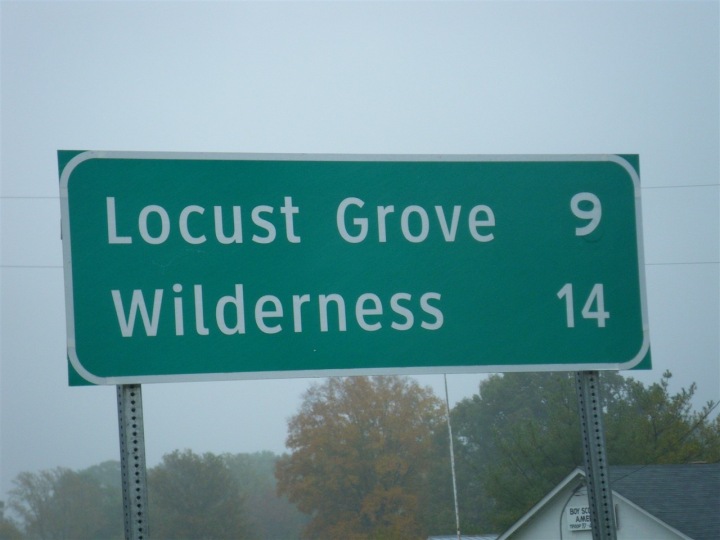 After getting home I threw together a plate of bruschetta for a pre-Marine Corps Marathon pasta party with the running group.  As I was topping them with a touch of home made reduced balsamic vinegar I noticed that the first few ones the balsamic was coming out way faster than normal (it’s usually rather thick).  So I checked the sauce and found it wasn’t exactly balsamic – but rather a chocolate wine sauce.  See, I make lots of little sauces and put them in small plastic squeeze bottles.  And umm…they look identical.  Interesting though – the chocolate wine sauce actually tasted pretty darn good on the bruschetta – so…I just left a few of them a bit more unique. 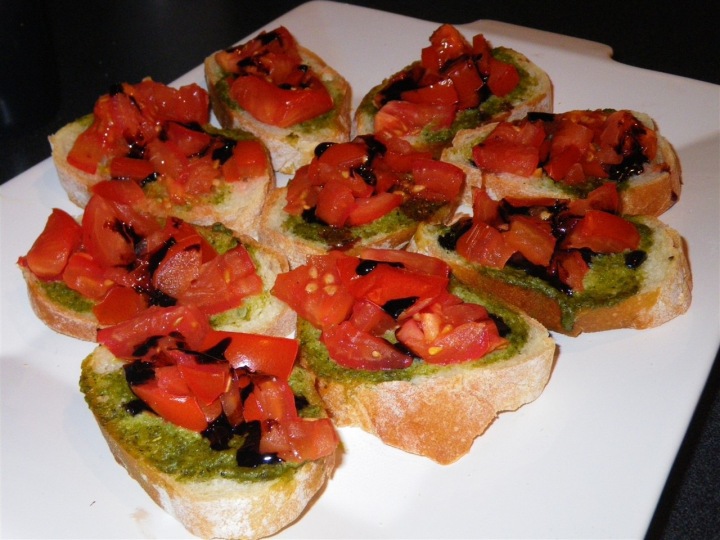 The next day I ran the Marine Corps Marathon.  Well..not exactly all 26.2 mile of it.  But rather about 10 miles of it.  I was pacing a friend who was doing his first.  He did amazingly well, especially after injuring his knee at mile 9 and being forced to a run/walk strategy.  Yet he still kept it sub-3:45.

Here’s a couple of random pics from the day I took. 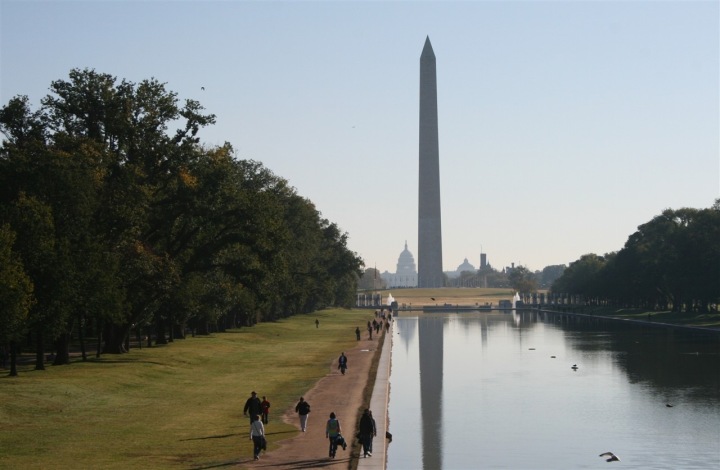 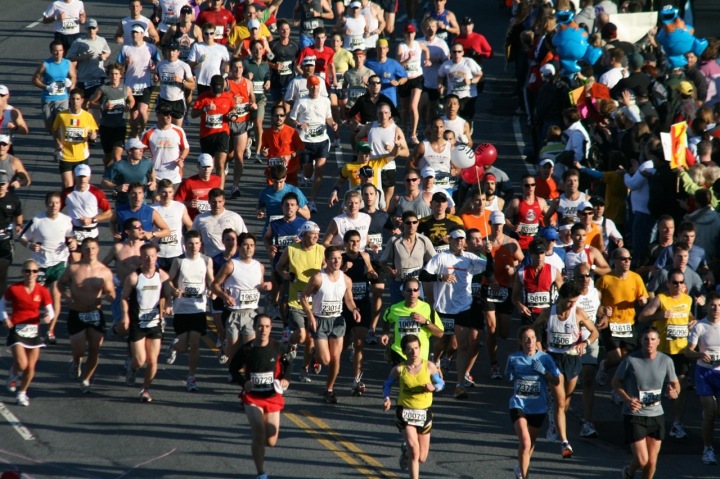 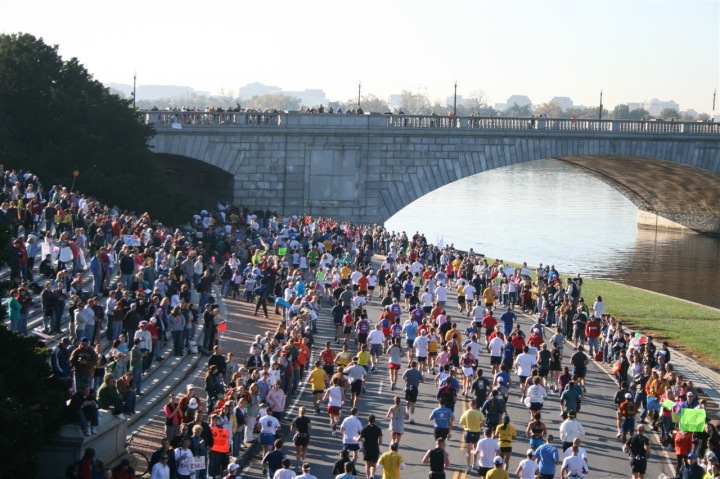 The rest I took while running. 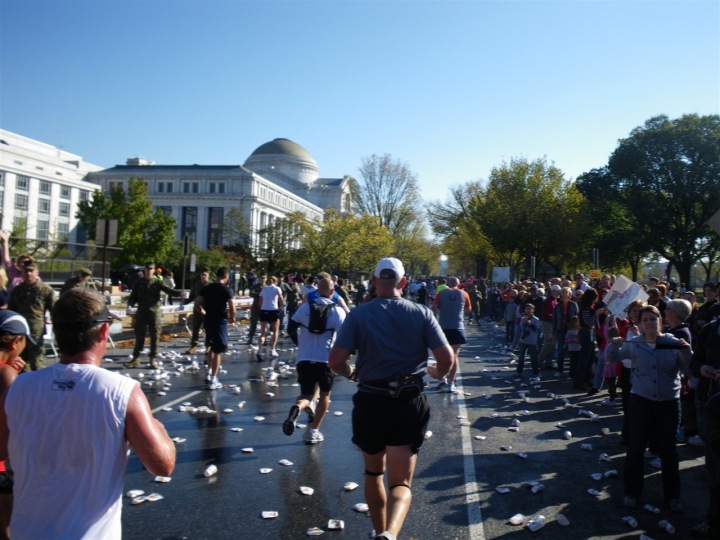 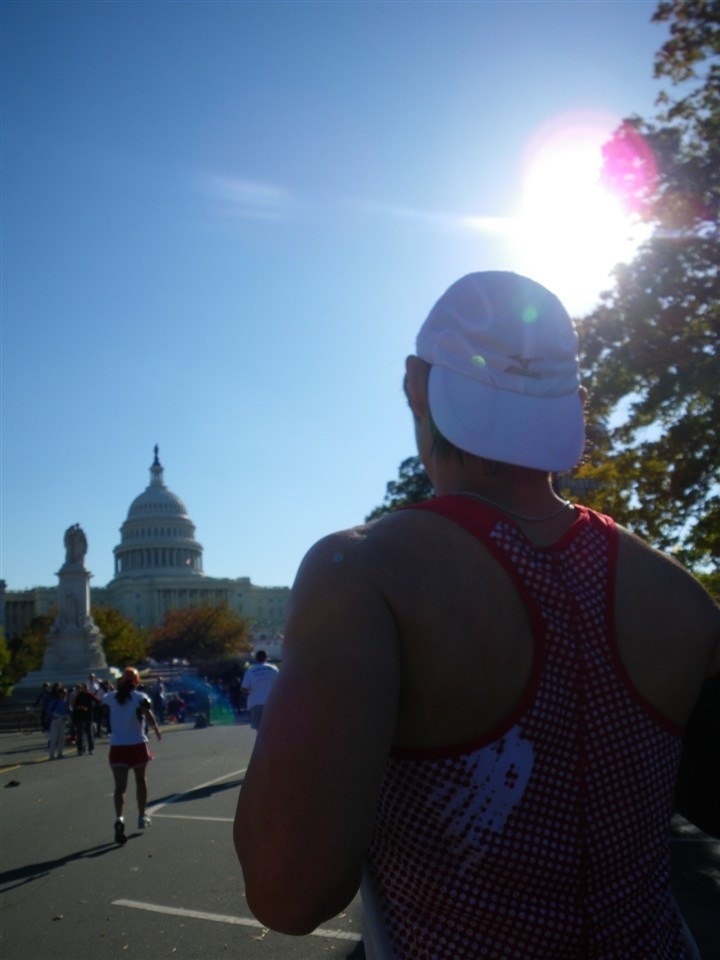 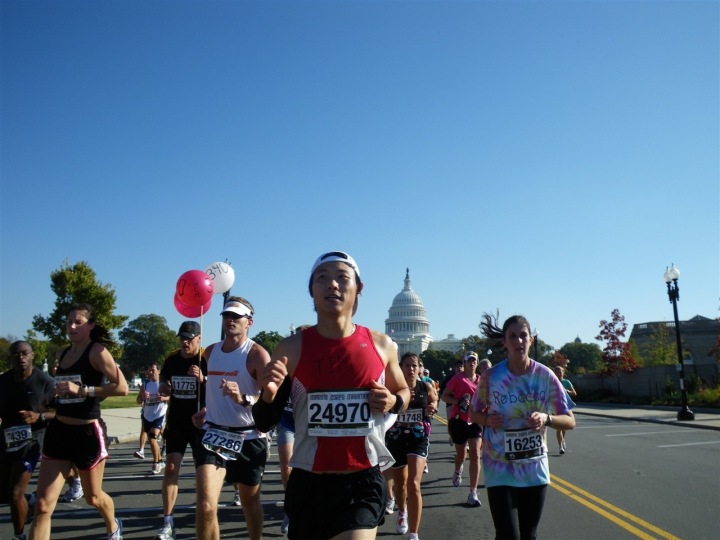 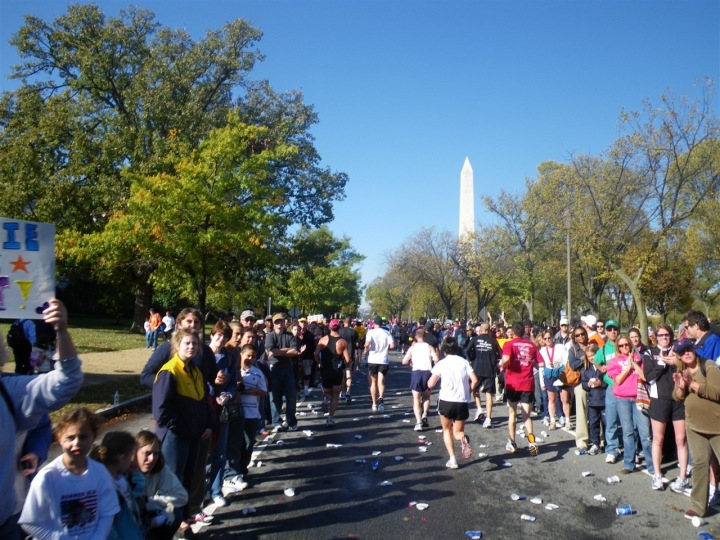 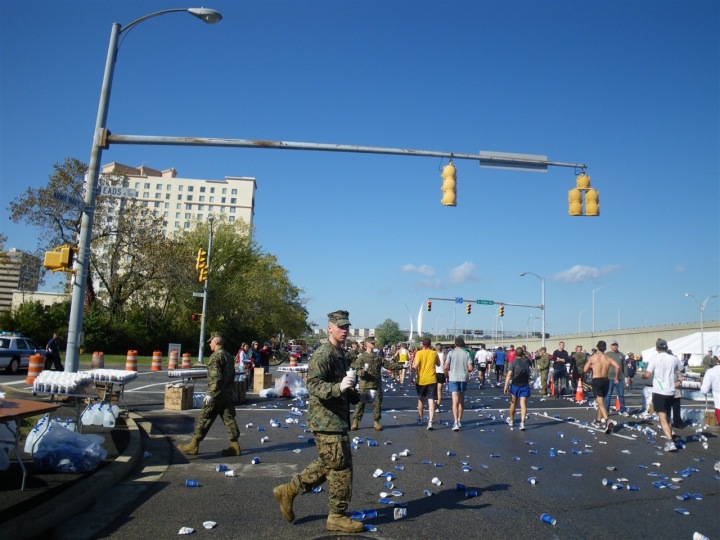 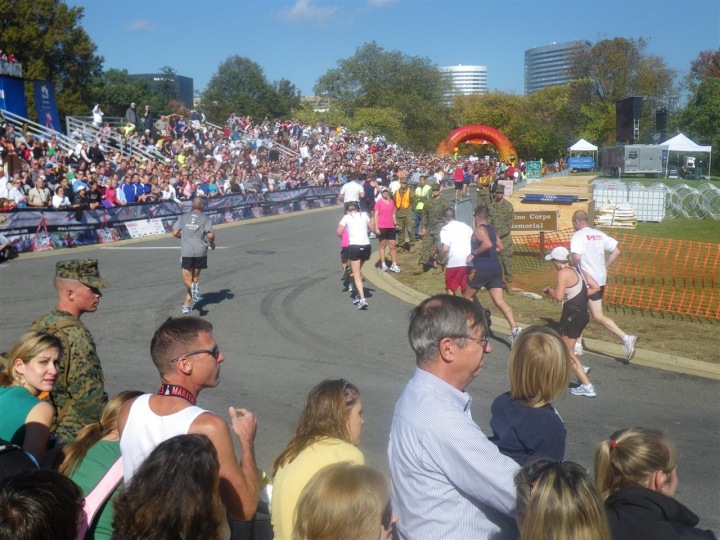 After navigating the mess that is Roslyn post-Marine Corps Marathon I went home to enjoy the rest of the day.  It was about 4PM and I was enjoying a nice warm shower when I had a massive “Oh $h!t” moment.  I completely and totally forgot I had to get in a 90 minute bike ride.  My heart kinda sank.  I just wanted to relax.  But out I went.  The ride actually turned out quite nice.  I ended up going on the Mt. Vernon trail – which I normally avoid like the plague.  But given it was late Sunday afternoon in the fall, I took my chances.  It was quite nice at sunset. 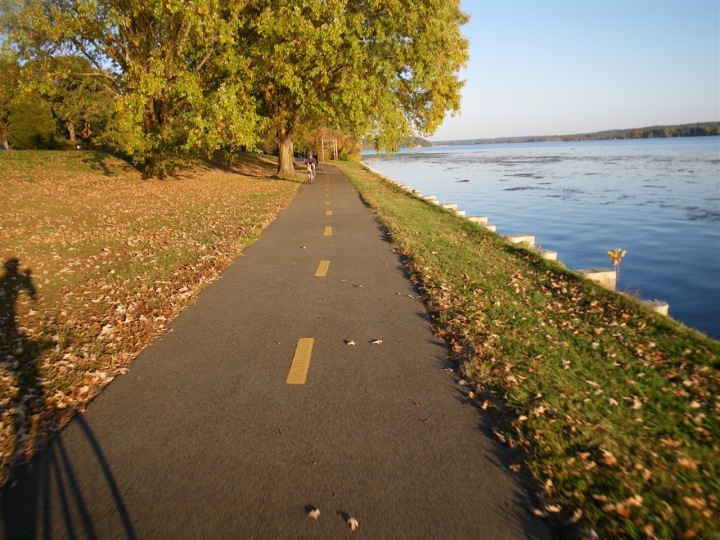 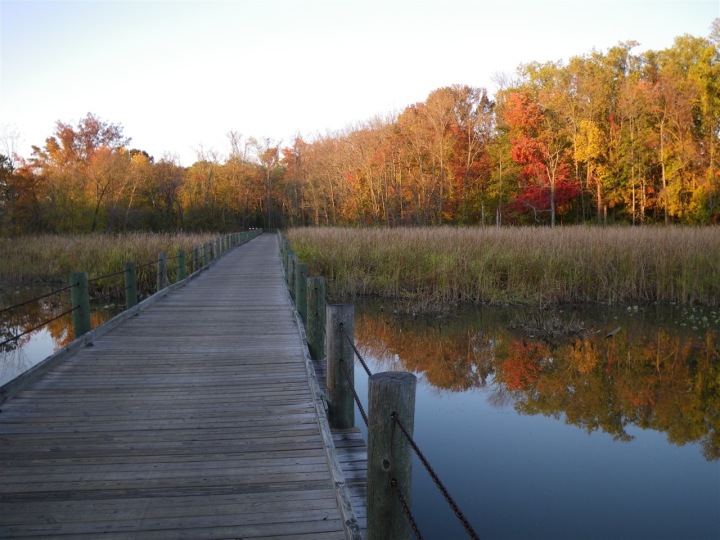 I had planned three random thoughts – but this posted ended up longer than I planned.  But then I re-decided to add them anyway.