Palau: From the Air

After we had completed enough kayaking through Palau, we decided to take to the air.  Our intent was to get to the island of Peleliu, which was where a large World War II battle occurred – the Battle of Peleliu.  Over 1,500 Americas died and nearly 11,000 Japanese were lost (in this one battle alone).

We had two options for getting there – either take a rough speedboat ride for 90+ minutes each way, or…take to the air.  With the help of Ron at Sam’s Tour’s we ended up chartering a helicopter for half a day.  It was a bit cheaper than I would have expected actually, to have it for 6 hours.  Sam’s provided an awesome guide (TJ) to show off the island, and then the helicopter company provided the pilot (an awesome Aussie) to do the flying – and supporting guide work on the island.

We set off at around 8AM and headed south to Peleliu, via a very scenic route over the Rock Islands, Jellyfish Lake and a slew of other interesting places. Here’s a shot from the chopper on the way down to the island.  It was a bit overcast, otherwise it would have really been spectacular. 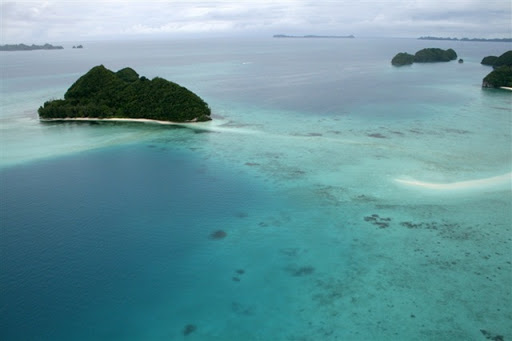 Once we arrived on the island, the sky decided to rain a more.  Which seems to be par for the course.  But we soldiered on into the rain.  We stopped first by White Beach, which is where the Americans came onto shore.  After that we swung by countless other locations and fighting machines – left pretty much wherever they were left 60+ years ago.  Here’s a few photos from around the island. 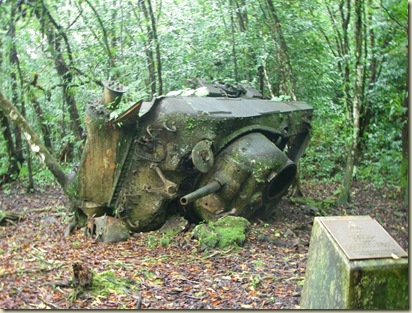 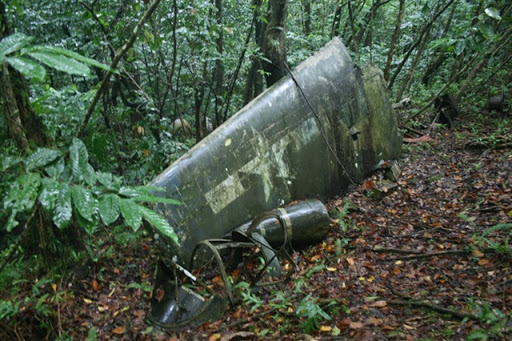 (American aircraft pieces in the Jungle) 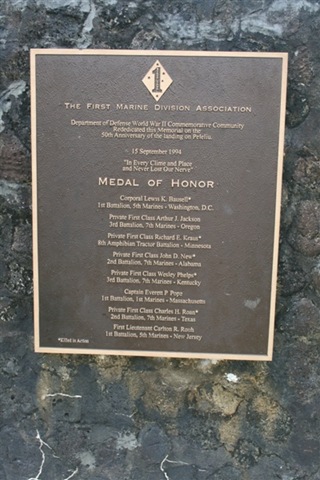 (Above: Memorial for American Marines) 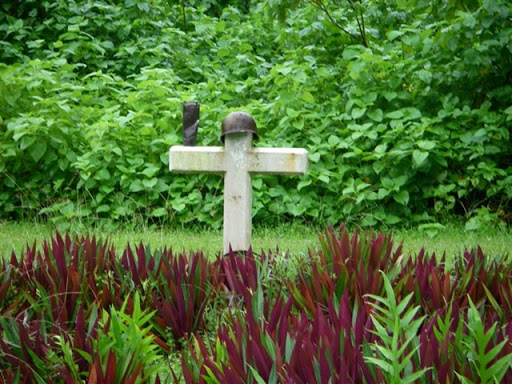 (Above: Memorial for American Army) 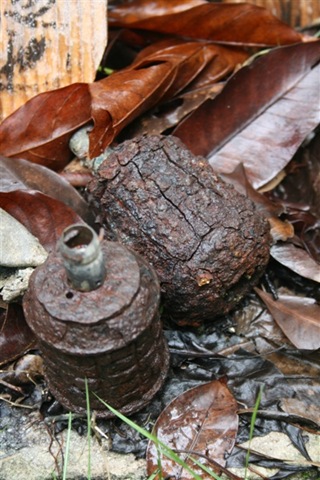 As I mentioned a few days ago, also intersecting is that numerous items (such as the helmet and grenades above) are just left out.  Nobody steels them – which is nice that things can be left like that for decades without being disturbed.  If you’re interested in more of the battle information, here’s a good link.

It isn’t until you get to Peleliu that you realize the sheer amount of cave work completed by the Japanese.  Caves are everywhere.  And we’re not just talking digging in few feet and that’s it – we’re talking extensive networks with everything from full medical centers built in to storage locations.  People actually lived in these caves for years.  Equally astounding is to remember that during the battles – this area was basically barren.  Now it’s incredibly dense jungle.

After we completed our multi-hour tour of the island, it was time to take to the air for our return flight back to the main island.  Of course, like the journey down this would be 35+ minute flight of fancy through the islands.  Here’s a few aerial shots I took on the way back. 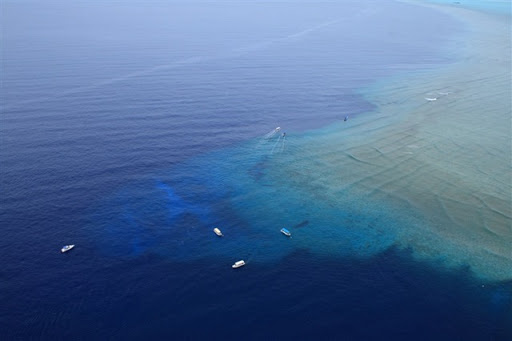 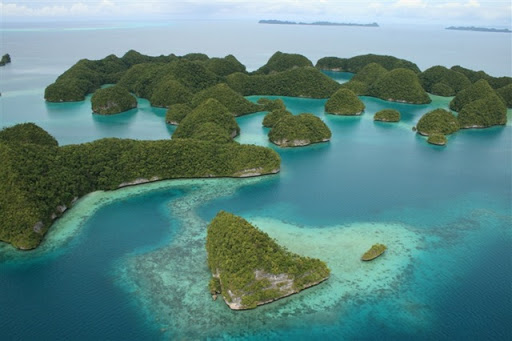 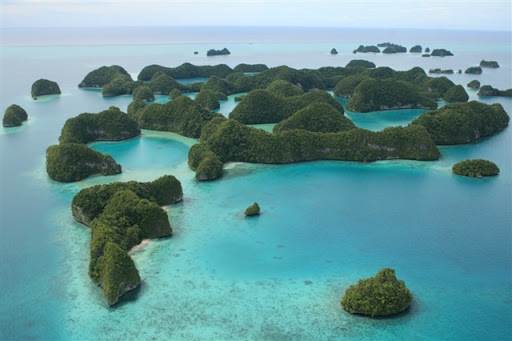 The above two photos are of the 70 Islands, which is a restricted preserve within Palau.  Most of the aerial photos you see of Palau are of this set of islands. 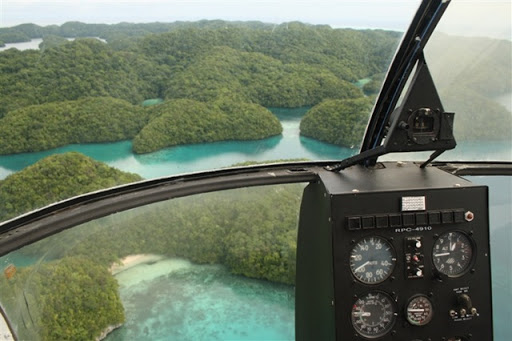 I thought the above was a neat shot, with the cockpit in the foreground. 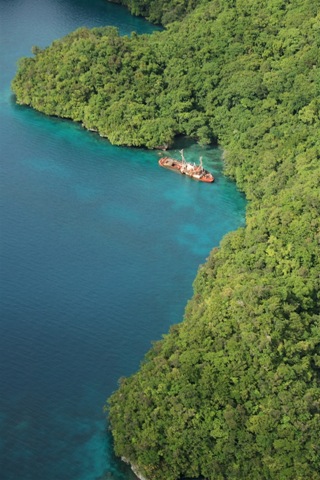 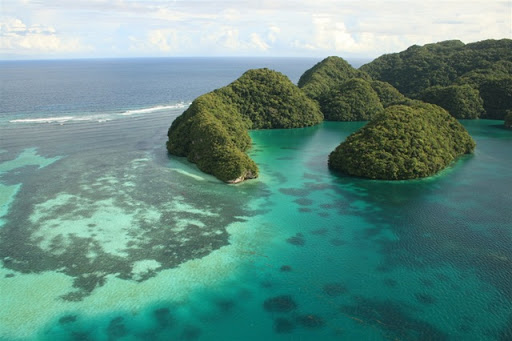 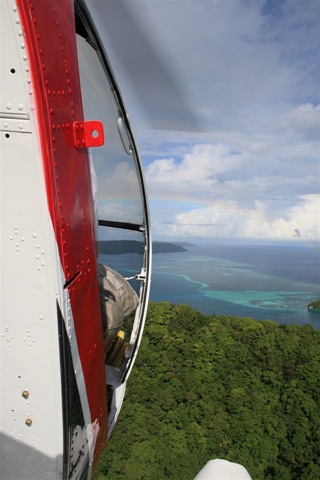 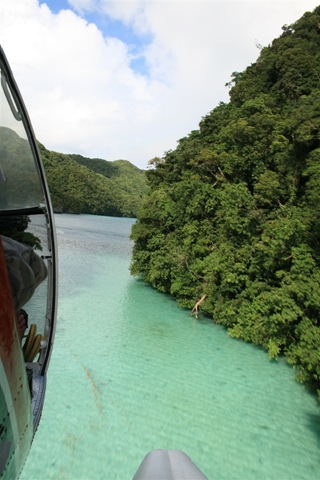 We did some awesome super-low flights down a lake called Long Lake.  Just barely off the deck.  Here’s a shot as we exited the canyon/channel.  I’d guess about 50′ off the ground at some locations.  Our pilot was awesome – we couldn’t have asked for a better guy.  Super-flexible and very reasonable…and the fact that he might be just a bit crazy was awesome.

After all was said and done – he actually dropped us off at the hotel.  Do you know how stylish it is to get dropped off at your hotel on via helicopter?  Everyone was watching, it was pretty funny.

I’ve got one more post on Palau before I return to regular blogging.  More a ‘logistics’ post for those that find my blog while trying to find info about Palau.  It’ll include all the little tips and tricks I picked up about traveling there.