Today at Eurobike, Elite was showing off their new Elite Aria smart trainer fan. Or, maybe it’s trainer smart fan. Or, fan for smart trainers. I don’t know the proper phrasing, but, it’s a fan that integrates with your smart trainer setup via ANT+ & Bluetooth Smart. This allows you to control the fan speed based on your heart rate, speed, power, or even body temperature (with a CORE Body Temp sensor). Atop that, it’s got carbon filters on the air intake side, to clean the air before it blows it on your face.

Since this is just a quick Eurobike first-look post, this isn’t a full review. Rather, like most trade-show floor posts, it’s a look at the specs and my initial thoughts.

Starting off with the unit itself, it’s functionally in the same vein as what Wahoo has with their Wahoo Headwind fan that was released 4 years ago this week. Meaning it’ll pair up to your trainer or heart rate strap to use those parameters for controlling the fan speed. So in theory, the faster you go (speed increases), it could increase the fan power. Or, if your heart rate is higher, it’ll increase the fan speed. Not everyone prefers that arrangement, but some do. However, Elite has added a twist here by adding in the CORE body temperature sensor integration. That’s the sensor that’s used by almost every WorldTour Pro Cycling team. 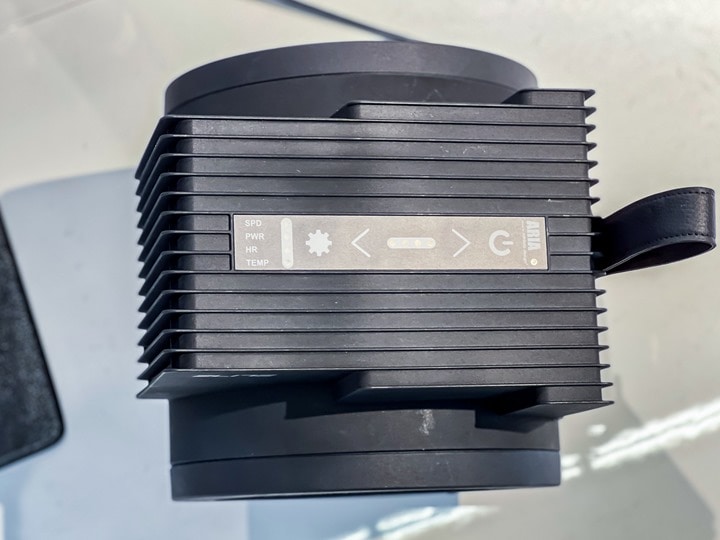 For all these sensors it’ll default to pairing via ANT+, so it doesn’t block any Bluetooth Smart channels. But for heart rate you can also pair it via Bluetooth Smart using the app. Further, the app will allow for configuration of the exact fan speeds to HR/power/speed/body temp ranges you want. The app also allows for manual control via Bluetooth of the fan. I’d guess that for the vast majority of Wahoo Headwind fan owners (including myself), it’s the simple act of being able to start your fan from your saddle, when you realize 12 seconds into the race you forgot to press start (and getting off your bike at the 12-second marker would kick you out the back of the race to a hopeless death of a finish).

However, if you have a better memory than the goldfish brain that I have, then you can always just use the buttons on the top of the fan to control speed, or which particular sensor is controlling it. 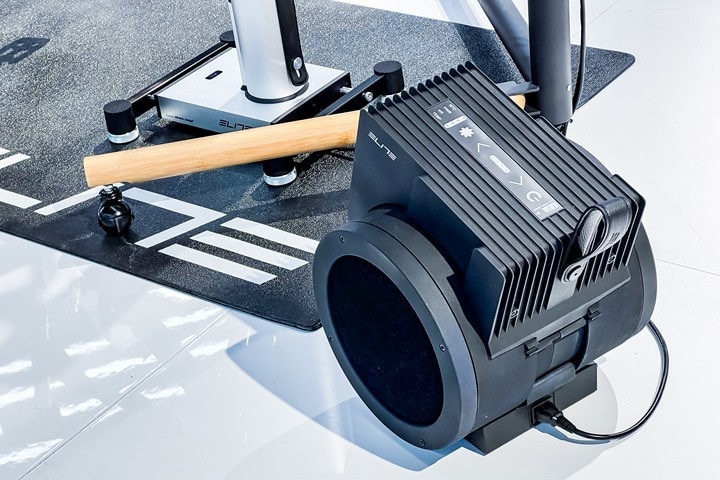 Meanwhile, on the left/right sides of the fan are two filter pads. These carbon filters are custom-made from Elite, specifically to try and balance being able to have substantial airflow versus not filtering anything. In a nutshell, they couldn’t find off-the-shell filters that they liked that struck that balance. Either the filters were too wimpy on the filtering front (but allowing tons of airflow), or too strong on the filtering front (and thus providing no/little rider airflow benefit). 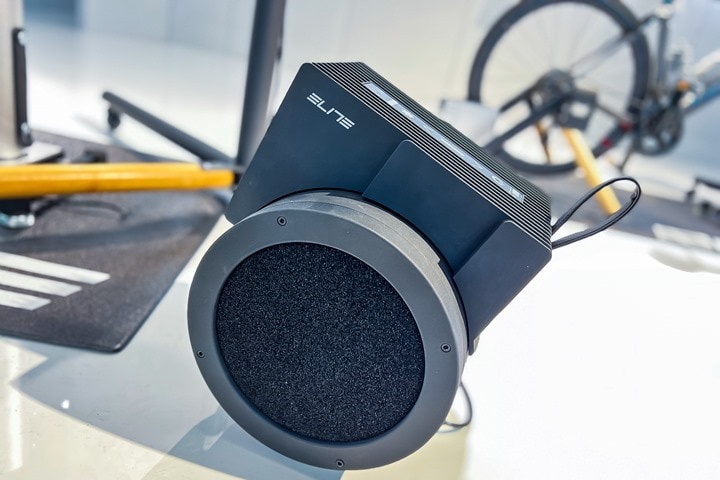 That unfortunately means filter replacements will have to be bought from Elite (or their retailers/distributors). At the moment they don’t have pricing for filters available. And the exact replacement recommendations aren’t finalized yet, but of course will depend on how dirty your existing air is. I suspect in a garage/shed setting, it’s probably going to need more frequent filter replacements, than inside an already air-filtered (by another central system) living room or something. 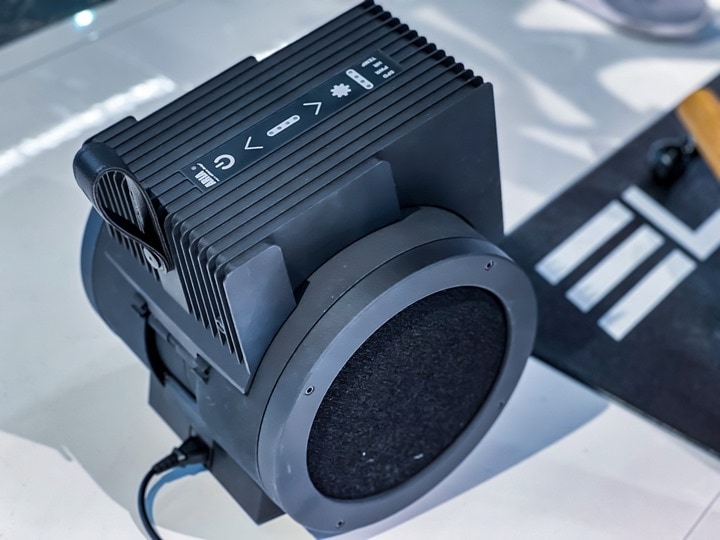 In terms of the fan feel, sitting on the bike (or standing in front of it), it felt pretty similar to the Wahoo Headwind on full blast. I don’t have exact throughput numbers from Elite yet, but it felt in the general ballpark as the Wahoo Headwind.

On the unit itself, there’s adjustability to tilt up/down, as you can see in the video above. And you can pick it up using the faux-leather handle at the back. This same handle is found on the Elite Justo Smart Trainer and Elite Rizer gradient simulator. 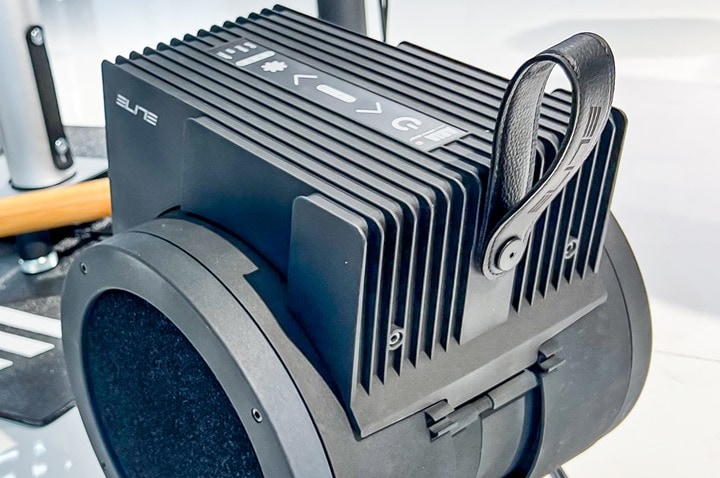 Finally, as for pricing and availability, Elite is estimating it’ll arrive in January 2023, and the price should be 290EUR. How that price translates into USD isn’t something Elite is willing to predict this far out. The biggest factor that typically impacts Elite’s USD pricing is the cost of shipping. But of course the recent changes putting the US Dollar nearly at parity with the Euro will also likely impact that too. Point being, expect that pricing a bit later this year.

Either way, once I’ve got a final unit on-hand, I’ll put it through its windy paces to see how it handles, just like anything else. I’d assume to expect that later this year. With that, thanks for reading!