Saris Begins Process To Sell The Company: The Backstory On How It Ended Here 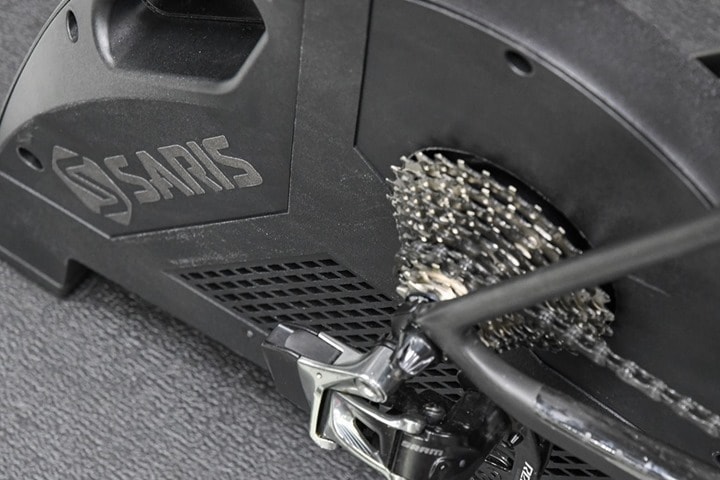 Over the last 3-4 months, Saris has worked tirelessly behind the scenes trying to avoid the fate that no business ever wants to face. However, in the last few weeks, it became clear there was no other option, as Saris family owner Heather Fortune outlined in an interview today.

As first reported by Bicycle Retailer, Saris has initiated a form of receivership process to sell the company, which includes their bicycle racks products, cycling infrastructure division, and indoor training group. All three components make up Saris Cycle Group, which was previously known as both Saris & CycleOps (as well as PowerTap before that was sold a few years ago to SRAM). Saris noted to Bicycle Retailer that “We have almost four times as much inventory as a year ago, primarily on our training product, Business was amazing in ’20 and ’21, then inventory filled up in all the channels everywhere, domestically and internationally on indoor training products”.

However, like most companies that run into financial problems, the cause of this is multifaceted and often a confluence of factors, as VP of Sales & Marketing (and daughter of founder Chris Fortune), Heather Fortune explained in an interview with me today. Specifically outlining how trying to buy hardware components based on chipset lead times in excess of a year meant that they were trying to predict which trainers would be in-demand for early 2022, all the way back in early 2021. With no historical precedent for a pandemic-driven surge in indoor training, the foundation for those predictions was paper-thin.

The end result being that the company officially filed this past week to re-organize under Wisconsin’s Chapter 128, which is a debt consolidation and fast-track sale program. This is not bankruptcy, but rather, a semi-unique alternative process within the state of Wisconsin that aims to quickly sell a business within less than 90 days. The process means that Saris won’t have much control over exactly who ends up buying the company, though. Also, unlike a typical bankruptcy filing, the debtor (Saris in this case), must repay all debts in full. Whereas in normal federal bankruptcy courts, debts can be discharged.  Notably, the Wisconsin process also tends to favor outcomes that are better for the state (e.g. keeping jobs in-state).

As noted earlier on, trainers aren’t the only business at Saris. The company noted revenue is roughly split 50/50 between the trainer side and the rack/infrastructure side. It’s really only the trainer side that’s problematic. Their cycling infrastructure side is up 20% year over year (to its best year to date), and the vehicle cycling rack business is also expected to have its strongest year to date as well, exceeding even 2021’s very strong year (as people escaped the indoors).

But the sale of the company is for everything. When asked whether they considered other alternatives, Heather Fortune stated that “We looked at all our options, and we really want Saris to exist as an ongoing entity. And after looking at those options, we really feel like this is the best path forward.”

A Surge Without Follow-Through: 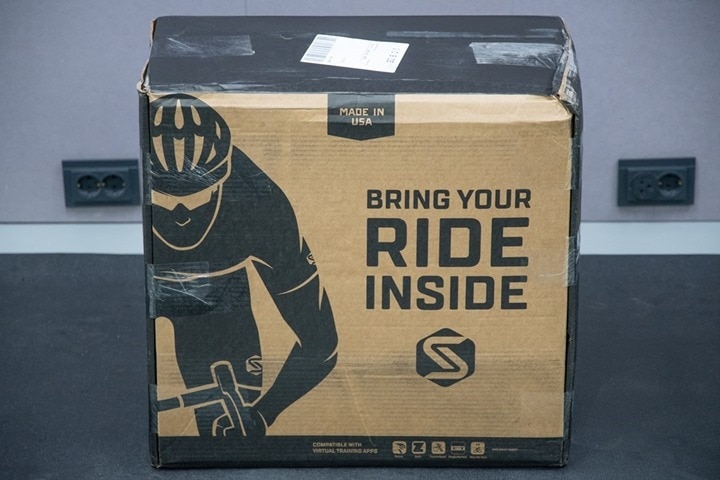 Like virtually every indoor cycling company, they settled into late 2019 with surging demand for indoor trainer products. Platforms like Zwift, TrainerRoad, and others were growing rapidly, and with that software platform adoption, came hardware needs. That led consumers to buy trainers in droves in late 2019 and early 2020 – well before COVID spiked the world and indoor trainer demand. Going into the famed February-April 2020 timeframe, many indoor trainer companies were already struggling to keep up with demand. Once that timeframe hit, it was all hands on deck.

With the exception of Wahoo, many of the indoor trainer companies actually manufacture in the same area or region as their headquarters. Saris makes theirs onsite in Wisconsin, Elite’s in Italy in the surrounding towns, and Tacx at their headquarters in the Netherlands. The same is true for TechnoGym, and at the time also Kinetic. However, while building local has many advantages, it doesn’t take away the supply chain constraints. The vast majority of chipsets come from Asia, and all these companies are dependent on them.

In response to the spring 2020 surge, trainer companies quickly ran out of inventory. Consumers screamed. It’s easy to forget the strength of outcries from cyclists everywhere towards the trainer companies to make more trainers, faster. So, as manufacturing resumed, indoor trainer companies did exactly that. They ramped up additional assembly lines, built new factories, acquired competitors with manufacturing capabilities, and even went to 24×7 production. And for a while, that worked. Sure, there were delays, but by late 2020, you could generally find smart trainers if you poked around enough. Maybe not the exact model you wanted, or the exact price, but it was very doable to find most models. 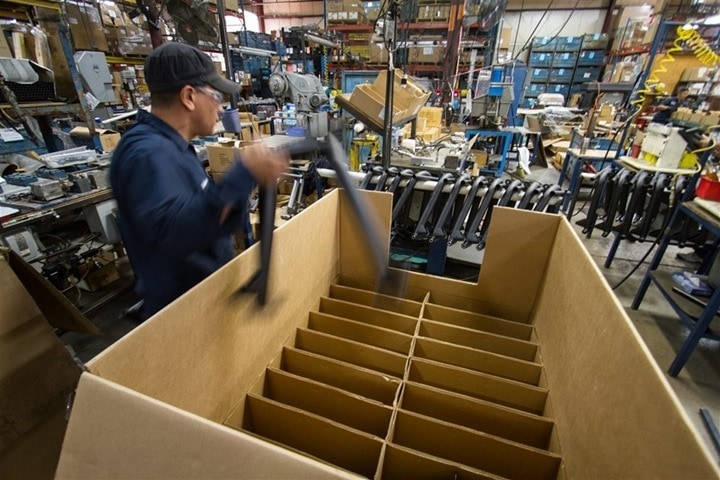 Around that time though, companies had to start trying to figure out their future inventory. With the demand for trainers, came the demand for everything else consumer-goods related. Which in turn skyrocketed chipset lead times, and in the case of Saris, their specific chipset lead times were now at 1 year+. Saris found itself in early 2021 trying to figure out what demand would look like in 2022. Would the pandemic be gone? Would demand still be rising? Would this newfound crop of pandemic indoor cyclists that perhaps bought budget trainers, now be looking at high-end trainers for 2022?

These were, at the time, all perfectly valid questions. And the same questions every other company was trying to answer too. Ultimately, Saris guessed high. And one year later in early 2022 found themselves with a massive slate of inventory, all without any buyers. 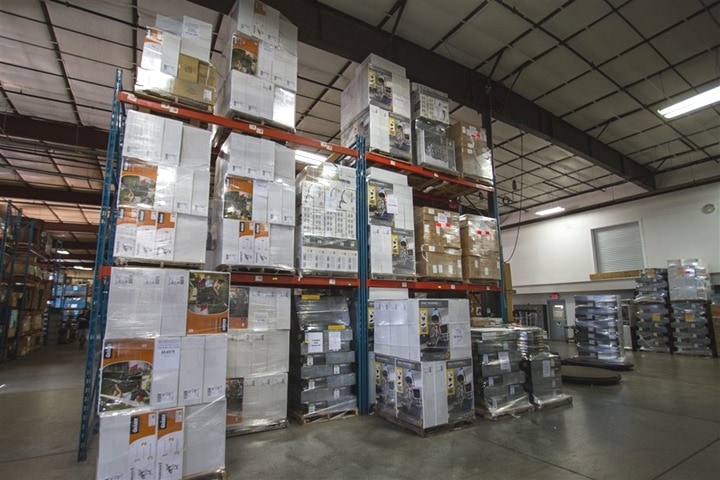 As January 2022 settled in, indoor training companies across the board collectively and concurrently realized the same thing: Nobody was buying trainers anymore. Specifically high-end trainers. Sure, some companies like Garmin/Tacx were a bit better weathered to handle this, due to their massive global distribution network. And companies like Elite ramped up less during the pandemic, and even where they did ramp up, they largely used temporary contract workers/facilities. But for Wahoo, Peloton, and now Saris – it meant just a massive pile of trainers in warehouses. And for companies like Zwift, a combination of a lack of demand with the same chipset and availability shortages as Saris, meant cancelling basically everything. And Kinetic trainers? They closed down and sold the branding shell to Magene this spring for pennies on the dollar.

In the case of Saris, they’ve never in their history had to make component lead-time decisions that far out. Part of what has made them successful till now is that manufacturing is done on-site, so they’ve only had to account for relatively short supply/component lead times, and can manufacture as needed. In fact, their business has been set up since the beginning to operate as an ebb and flow of seasonality between trainers and bike racks, enabling them to maintain full-time employees year-round. Heather Fortune noted that out of the 128 employees currently at Saris, 20 of them have been with Saris in manufacturing for more than 20 years. 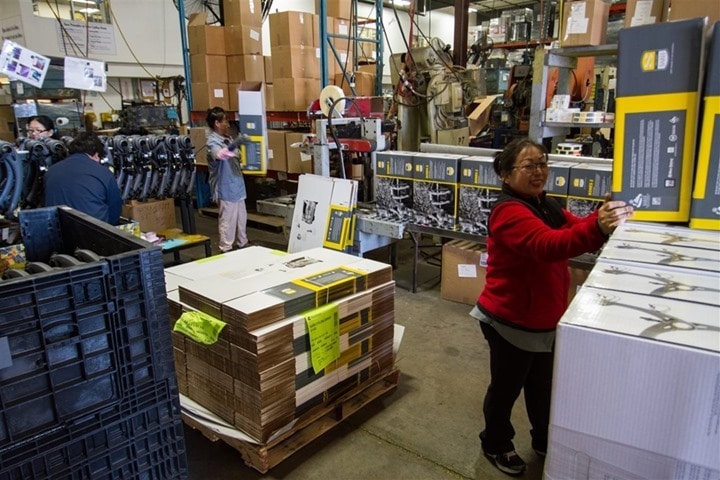 As consumers, we saw wave after wave of sales this past winter, with no better example and probably foreshadowing of what was to come than an unprecedented sale by Saris just a few weeks ago, putting their high-end H3 trainers at 60% off, down to $399. In talking to Heather Fortune, she acknowledged that part of that strategy was to clear inventory in a way that would also raise money to reduce debt. But she also noted that they specifically chose this recent June timeframe for this inventory clearing as it would be unlikely to disrupt retailers much, who aren’t as focused or stock-heavy on trainers in the summer. 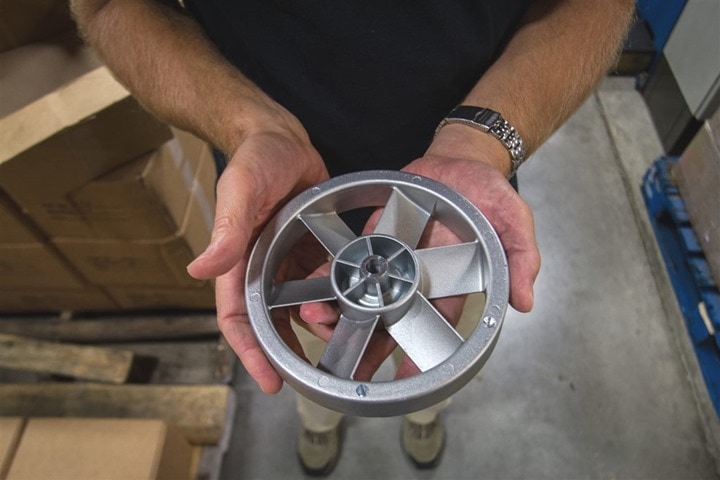 Now to be clear, one can’t blame all of Saris’s troubles on COVID. As one who watches this industry, I’d argue a meaningful part of the situation they find themselves in now was a lack of smart trainer innovation in the 2019-2021 timeframe. As you may remember, Saris released the Saris H3 trainer in the summer of 2019. It was good, but it wasn’t a head-turner. That’s because it was basically just a Saris H2 from 2018, with a new belt and supporting components. And that Saris H2? Well, that was literally a rebranded CycleOps Hammer 1 from 2016 with a different outer shell color. And that same process was mirrored on their Saris M1/M2 mid-range trainer lineup.

While Saris did substantially innovate with the Saris MP1 platform (and to a lesser extent with the Saris TD1 desk), the reality is that for many consumers, Saris hadn’t really innovated much in trainers. So while the Saris H3 smart trainer was great at ERG mode, it was a hard sell at retail prices against other high-end (and totally silent) trainers. Which is probably ultimately why the Saris H3 trainer has lived almost perpetually on some sort of retail sale state for years. 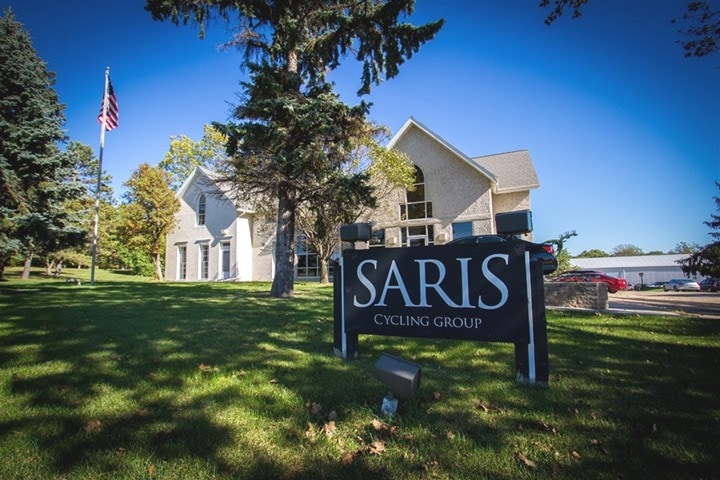 One last factor that Heather Fortune noted that Saris believes is contributing is ultimately subscription fatigue. Most users use a smart trainer with some form of subscription platform, be it Zwift, TrainerRoad, etc… Heather noted that the feedback they heard from consumers is that as people step out of their COVID shell, they’re realizing they’ve amassed a slate of subscriptions across varying avenues. Not just Zwift or cycling related, but Netflix, newspapers, entertainment, and umpteen other things. That combined with signs of a recession, and a spike in inflation has caused many to take stock of just how many subscriptions they have, and how many they actually use. And in turn with that, decide that maybe they don’t need that new trainer after all. One only needs to look at the concurrent user numbers on platforms like Zwift to see the reality of this.

Which isn’t to say people won’t come back. They will. But right now, everyone who was looking to purchase a high-end smart trainer has done so in the last 2.5 years. The challenge for companies is to weather this down-period, while still innovating. Companies that don’t innovate with new products won’t be top of mind for consumers once they aim to buy new trainers – either near term or long term.

Of course, developing and releasing new products in 2022 requires even more guesswork than in 2020 or 2021. Chipset lead times have continued to plague the industry, and Saris’s new product plans specifically, with key component orders for new products placed over a year ago now delayed, impacting the very thing I’d (and probably they’d) argue the company needed the most to drive interest and revenue: Newness.

As for Saris and its future, they don’t have a ton of control over it. Their hope is that by selling the company in whole, it largely remains together – ideally keeping the employee’s jobs as well. She noted again they expect the sale process to be very quick, likely lasting no later than summer. And also noted that they do have interest already, and expect that to climb as word gets out. While the number of viable suitors is substantially lower than it was a year ago, the reality is that indoor training isn’t going away. Roads certainly aren’t getting safer, and cyclists are still spending an ever-increasing amount of time indoors riding bikes not just each winter, but year-round. It’ll merely take a company that can swallow the debt short-term, and look towards 2023-2024 for more stabilization. Further, Heather Fortune did note that their indoor trainer accessories business continues reasonably strong (e.g. rocker plates/etc…), showing demand exists in the segment from existing users to add to their setups.

Hopefully, Saris as a company can find that new owner, and we can keep players in this industry. More options is always good for the consumer, especially when it’s one of the big ones.