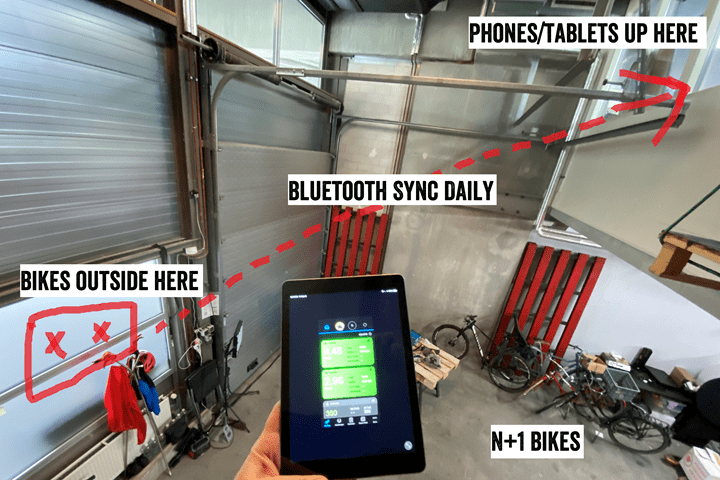 So, back on Black Friday (Nov 2020), there was a slight deal on Garmin’s V2 Speed sensors, down to $32USD, which can track and store ride data. Which got me thinking – how much does each bike in our family get used each year? No – I’m not talking about our normal sporty road (aka race) bikes that we do workouts on. But our day-to-day bikes used for bike commuting, dropping off our kids at school, etc… As regular readers know, living in Amsterdam we don’t own a car, and do virtually everything by bike.

Sure, I could buy a $15 bike computer and attach it to each to get that summary answer. But I wanted to dig a bit deeper. How much does cycling change throughout the seasons? What’s the average trip length? Does that change on a weekday versus a weekend? And to what extent? Who rides more – me, or The Girl?

Thus off I went to Amazon to order four sensors. Of course, they weren’t actually significantly on sale in any of the Amazon European properties. But it was too late – I was mentally committed to the concept at this point. Click, change QTY 4….Buy now.

A week later, those four beauties showed up in my magical smart package delivery box, which in and of itself was a fine example of a typical ‘DCR got distracted’ project. It’s now April, and I started writing this post in December with additions in January and February. So my April the 6th Tuesday morning goal is getting this post completed and in your hands before lunch. 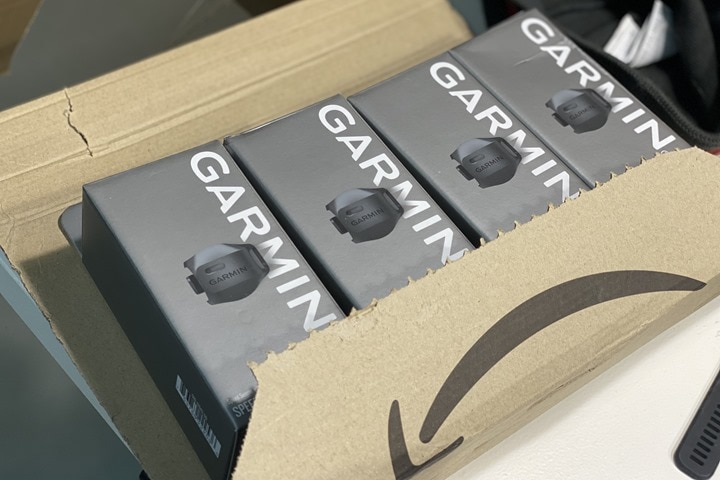 Ok, now that we’ve got the hardware, we’re gonna outfit the fleet of bikes. These bikes are 100% responsible for getting our three kids to school (about a 15-minute pedal each direction), and then to work (10 mins from school) – then all of that in reverse each day.  Plus, every grocery, shopping, Ikea trip, Christmas tree haul, etc…. Basically, anything that involves us going anywhere except the airport involves our bikes. Every day…all day – rain or shine. Snow or more snow.

1) Ray’s Blue Bike: This is the Trek Belleville that I bought years ago, it’s beastly heavy
2) The Girl’s Red Bike: This is her commuter bike that she also bought years ago, it’s basically a tiny circus bike
3) Cargo Bike #1: This has been our main mini-bike-van here for carrying everything from kids to smart bikes
4) Cargo Bike #2: This is another Urban Arrow cargo bike we bought back in December, it still has that new bike smell. Well, it did anyway.

We have a few extra ‘visitor’ bikes that we’ve picked up over the years for friends/family when in town. But given no friends/family have been in town for nearly a year now, and given we never use them ourselves, I’m not bothering with sensors for them. Just the mainstay bikes. 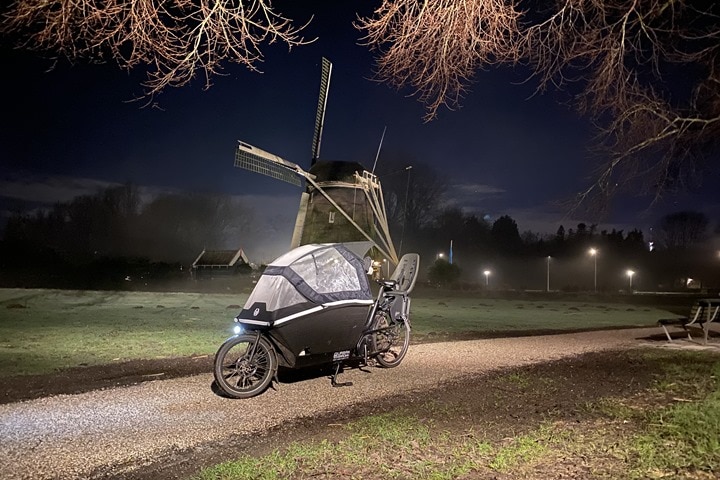 The first thing you’re probably asking is: Wait – what about the normal workout bikes? Like my Canyon road bike, my Giant road bike, my Canyon mountain bike, or my Cervelo triathlon bike. And sure, I could outfit those. But this plan is already stupidly overdesigned, and I didn’t buy 8 sensors on Black Friday…I bought four. And frankly, I don’t really care how much I pedal on those bikes.

The second thing you’re asking yourself is: Why is this stupidly overcomplicated? Oh – I’m glad you asked!

See, the Garmin V2 speed sensor is a normal ANT+ Speed/Cadence sensor that broadcasts out your speed based on inputted wheel circumference, for usage when paired to a bike computer or such. But its secret weapon feature is that it will automatically record every ride you have in the background as you start moving and sync it to your phone via Garmin Connect Mobile. In fact, it can even send that ride onward to apps like Strava, TrainingPeaks, or whatever. Those rides do not have GPS data unfortunately, just speed/distance/time data. Old school style. It’s the perfect sensor for bike commutes, especially where you want the mileage tracked, but might not want the start/end location tracked publicly.

(Still – as I said in my original review nearly two years ago, it would be epic-cool if Garmin would allow you to have the sensors simply start the GPS recording of a ride on your phone when it wakes up as you start pedaling. Sadly, it doesn’t do that.)

Also sadly is one other quirk: You can’t specify a given bike profile on Garmin Connect. Meaning, in my little ideal world, I’d take those four sensor sensors above, and pair them to my own Garmin Connect account/app, and it’d sync the past rides as the bikes were nearby and used every once in a while. Anytime it connects, it’s actually syncing the previous ride, rather than the current ride (since it doesn’t really know the difference between you stopping at a stop-light, versus you ending a ride – until it finally self-powers off).

But because you can’t specify a bike profile, all of the data would fall into a single gigantic bucket. Making my analysis impossible. In fact, making anything usable impossible except tracking total mileage for everything in a given account. 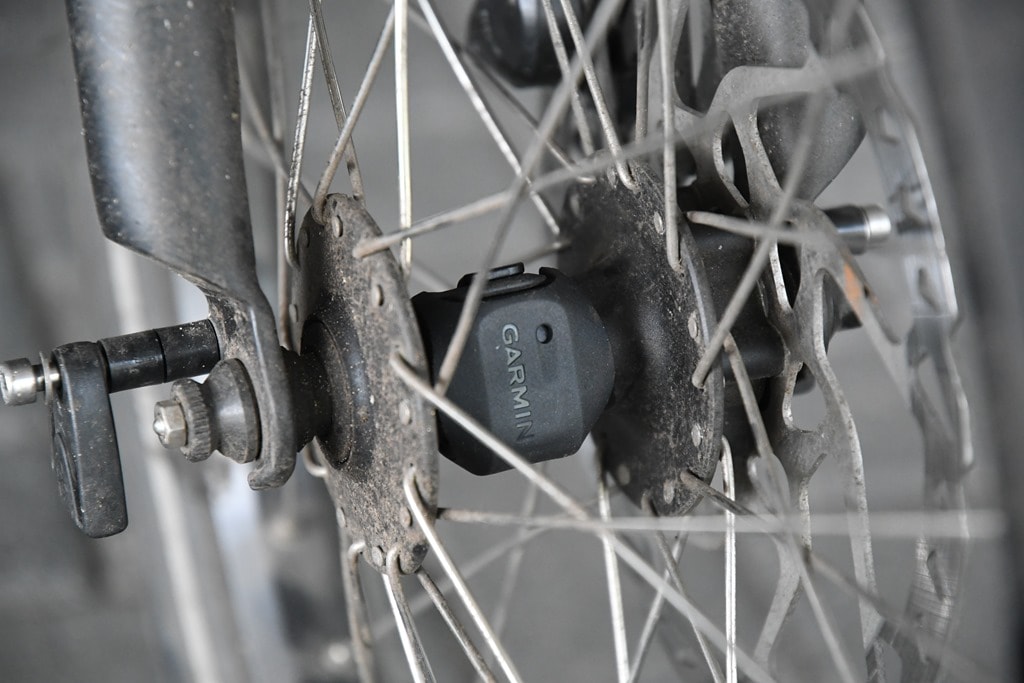 So the first step to my bike path towards data enlightenment was creating Garmin Connect accounts for each of the bikes in our stable. For now, I just started with two additional accounts – one for each cargo bike, because little red and big blue (the non-cargo bikes) aren’t seeing any usage right now with snowy weather (yes, it snowed today – April 6th), as we’re just using the cargo bikes as our main bikes. After all: Why limit how much junk I can carry around? 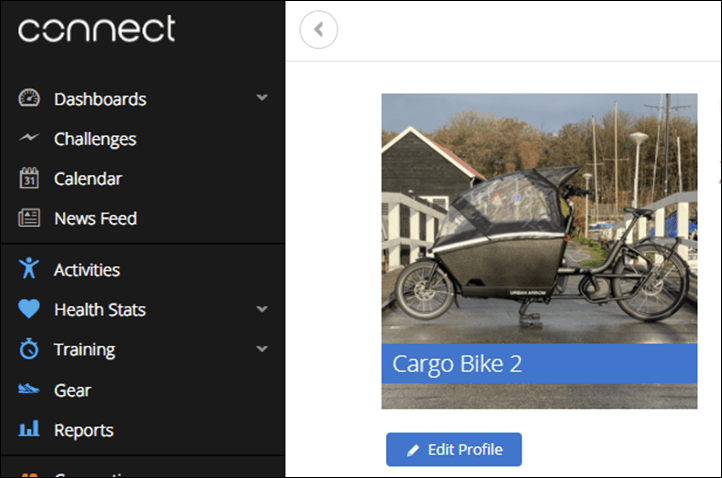 Now, I did that back the first week of January, that I had missed a few days of automatic data, so I manually backfilled those distances in on each bike. Given it was just to/from the office, it was pretty easy to do – since I know that distance incredibly well.

Then I was on to the next problem: Pairing the sensors.

I started off by logging out of my regular account on my phone and into the new accounts, and then individually pairing up each bike sensor to each Garmin Connect account – ensuring the wheel sizes and such were all correct:

Then, I went about logging out and doing the same thing for the next account.

But this immediately presents the obvious issue. The Garmin Connect app can only be logged in with one user at a time (logical in 99.9% of the situations). But in turn, each time I logged out, it actually deleted those sensor pairings from within Garmin Connect Mobile.

TLDR: I couldn’t just use my main phone and have it paired to all the sensors and have it sync to each account. I’d either need to use a pile of phones, or Android or iOS emulators sitting on a computer to handle all the accounts.

I initially went down the emulator route, but turns out none of the emulators I’m aware of support Bluetooth Smart accessories. Thus, I’m stuck with having to use real hardware. The good news is that like most citizens of the year 2021, I have a pile of older phones in a desk drawer. So, I cleaned off an iPhone 7 and then realized my main iPad in the Studio could double as a Garmin Connect mule as well. It’s always floating around for apps like TrainerRoad, Zwift, etc…

Then, I re-paired up the sensors to the bikes on those devices: 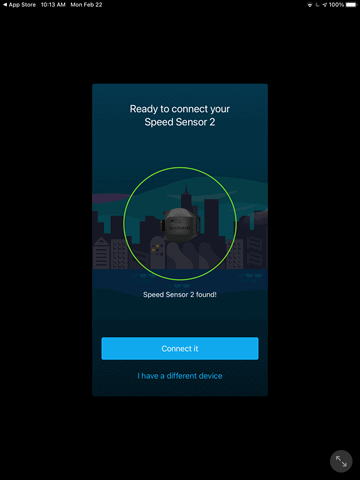 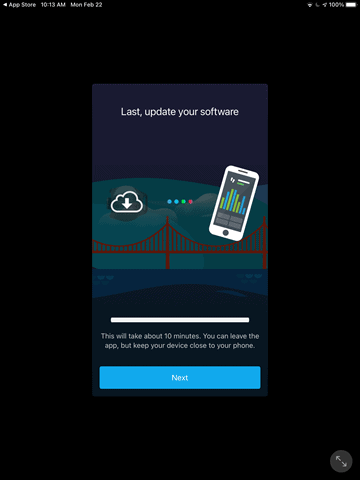 And at this point, I was in business. And by business, I mean, the business of having a Garmin Connect farm sitting at the DCR Cave. The phones would quietly sync in the background each time a bike arrived. The way the Garmin Speed 2 works is that when it’s in range, it’ll offload data from the previous ride(s). Here, you can see the distance best illustrated: 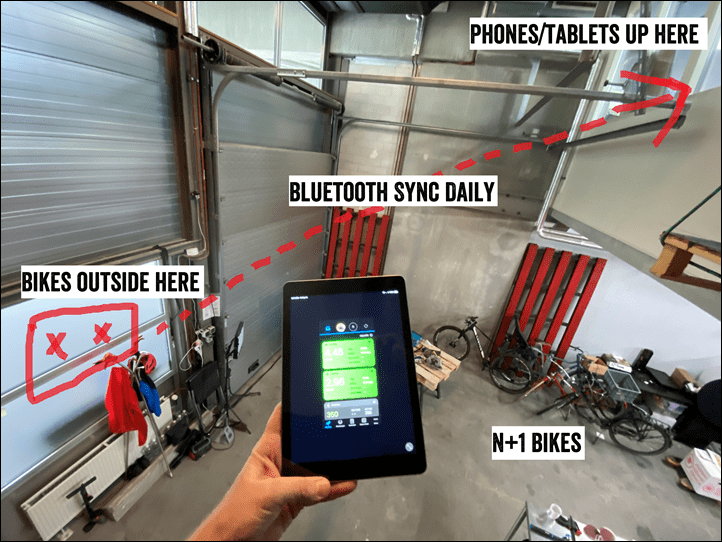 Despite that gap, the sync between the bikes and the upstairs actually works astoundingly well. Normally the tablets/phones sit on a charging spot just inside this window, and the bikes get parked outside the main garage door. It syncs seamlessly most days – as long as the iPad is at the charging spot. But if the iPad is on a trainer desk, then it’ll catch-up eventually. Here we are in April, and this is working super well.

The Beginnings of Data:

Now with that all set, I’ve got the beginnings of my data set in Garmin Connect. You can see an example above, in miles, for one of the bikes, shown on a weekly basis. As one who rarely uses the ‘Reports’ section on the Garmin Connect website, I was reminded by how limited the options are for date ranges. I can only choose 7 days/4 weeks/6 months/1 year. Why can’t I just choose the date range I want, with filtering at the day/week/month level (like a date range)? 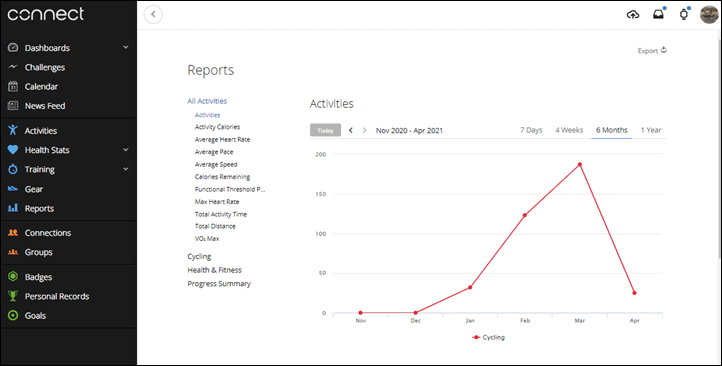 In any case, in January and till mid-February, the schools were closed again for COVID reasons, which then reduced the daily distances and times dramatically. A typical morning for me is a 12-14 minute pedal to Peanut #1’s school (13:10 below), followed by a 5-8 minute backtrack to Peanut #2 & #3’s school, followed by a 3-4 minute pedal to the office. Sometimes faster, sometimes slower, depending on the lights. Or sometimes with a stop along the way at a bakery or such – as was the case Wednesday, when you can see the 3:20 & 4:40 times below (the 5-8 minute ride split in half for a bakery stop).

Yet, here is last Friday with a bunch of errands, including Ikea by bike (out quite a ways). Cargo Bike #1 (this one didn’t go to Ikea): 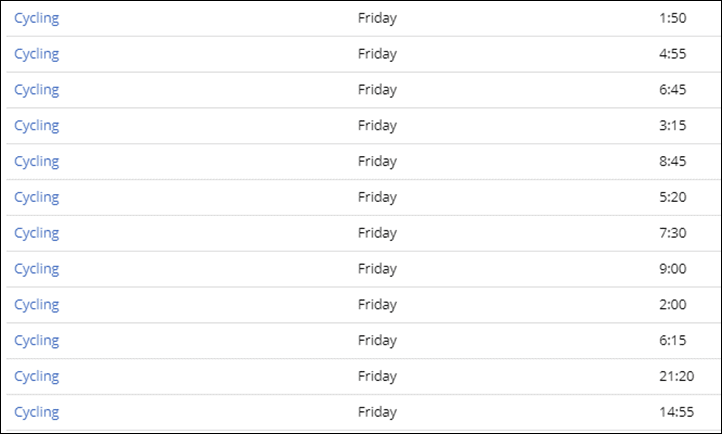 Cargo Bike #2 on Friday (this one went to Ikea and a few other places):

As of this morning (a touch over three months in), I’ve tracked 367 rides on the newer cargo bike, and 274 on the older one. This basically puts us on track for 2,500+ cargo bike rides this year alone (it’ll be higher, because January/Feb were COVID-school closure impacted). 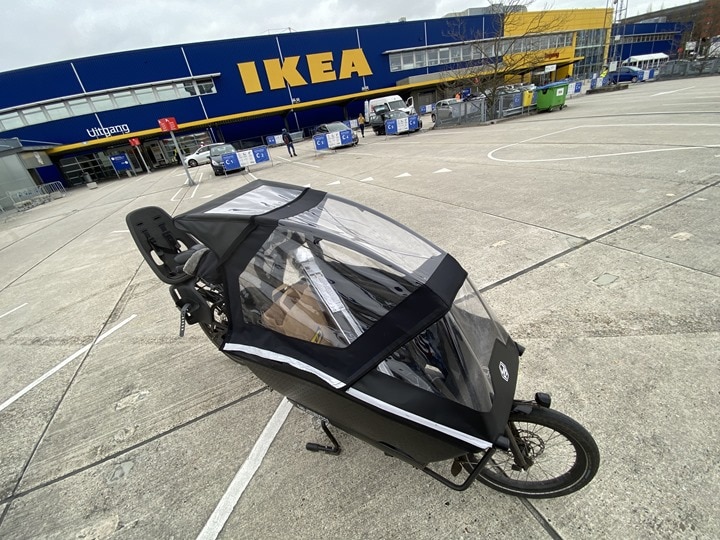 The point of this whole thing though is that long term I can look back at the entire year and see how, essentially, the weather impacts our bike usage – both in bike choice, but more likely, trip duration. Even at this point, I’m already seeing some super interesting trends tied to average speed – but I’ll save that for the end of year report.

The weekly commutes won’t change much of course, but the weekend bike journeys will. In the summer we’ll often cargo bike out to the beaches (a 75-90 minute trip each way), or spend hours meandering around the countryside. Plus, we just get out and about more often to parks and such when the weather is more enjoyable to be outside.

At the end of the year I’ll circle back with the final numbers. Purely for fun and my curiosity. Plus, we’ll dig into whether or not this overly complex setup is still working, and any issues I’ve had along the way.

At the end of the day, I’m an athlete just like you looking for the most detail possible on a new purchase. These posts generally take a lot of time to put together, so if you're shopping for the Garmin Speed Sensor V2 or any other accessory items, please consider using the affiliate links below! As an Amazon Associate I earn from qualifying purchases. It doesn’t cost you anything extra, but your purchases help support this website a lot. Even more, if you use Backcountry.com or Competitive Cyclist with coupon code DCRAINMAKER, first time users save 15% on applicable products! 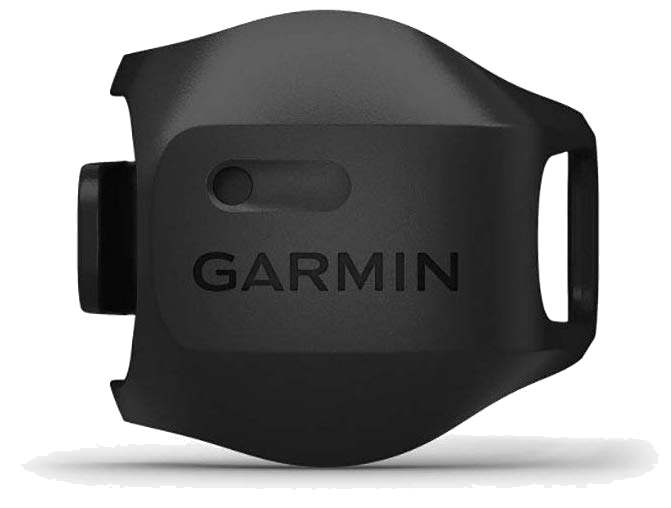