Woah! This weekend flew by, it started in Amsterdam and had Paris squished into the middle of it all.  We’re already back in Amsterdam and playing catch-up as always, but here’s what went down!

1) Got the keys to the new DCR Space!

Precisely two months since we’ve moved to Amsterdam and I’ve finally moved into a new DCR Space.  Actually, ‘moved in’ is probably a bit strong.  I signed the lease in the morning and got the keys, and then in the afternoon myself and a few of our friends loaded up a moving truck and got everything dumped into the place.  Here’s a sneak peek at the new place. 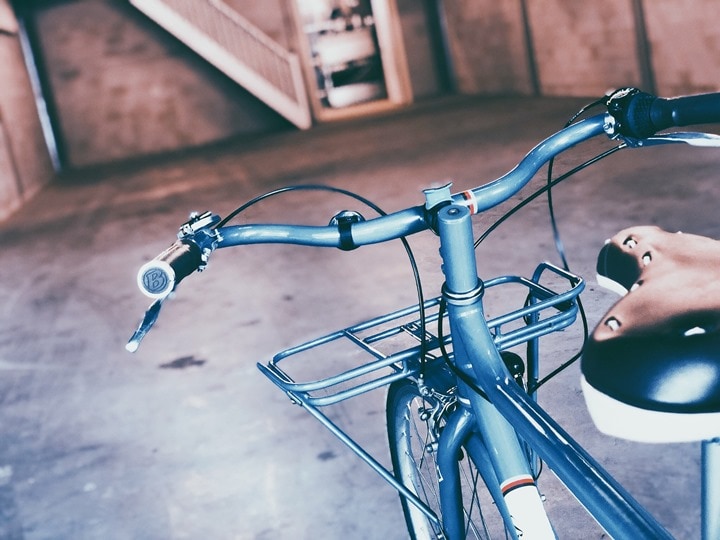 And here’s some of the endless carts being filled at the storage place we had rented and shuttling them out to the large moving truck.  I was excited about the truck though, I rented that for only 49EUR (which I’m getting really good at driving): 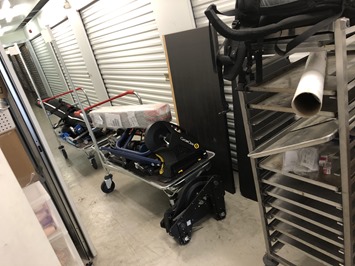 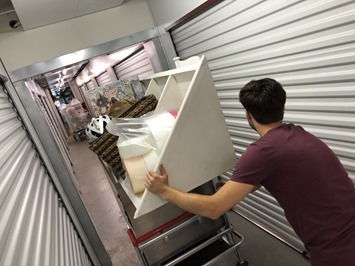 As for the space itself? Well, more on that later. I can technically start using it now (and will), but there’s some work and slight remodeling I want to do first.  It’s an industrial space, though, also had engineering offices in it before.  Parts of it look like a warehouse that you see in the photo up above, and the other half…more like offices from the 1980’s. But I’ve got skylights up top!

But either way…this sprawling space is all mine!  And…only a 8-10 minute easy 100% bike-path pedal from home.

And better than that? At a fraction of the cost of what we paid in Paris and even other Amsterdam spaces were going for (largely because it’s zoned as for more industrial purposes).  But for what I want, it’s perfect.  After all, the previous DCR Cave in Paris was actually underground.

I’ll share more on the new spot likely later in the summer once we start (and then finish) some work/remodeling.  But for now – woot!

Saturday morning The Girl and I left the kiddos behind and boarded the high-speed Thalys train to Paris.  We’ve done this journey countless times before, albeit usually in the opposite direction.  This was the first time being able to start our trip from Amsterdam, rather than Paris.  Also, most notably it’d be eking up the number of days away from the kids together from a single night…up to two nights! 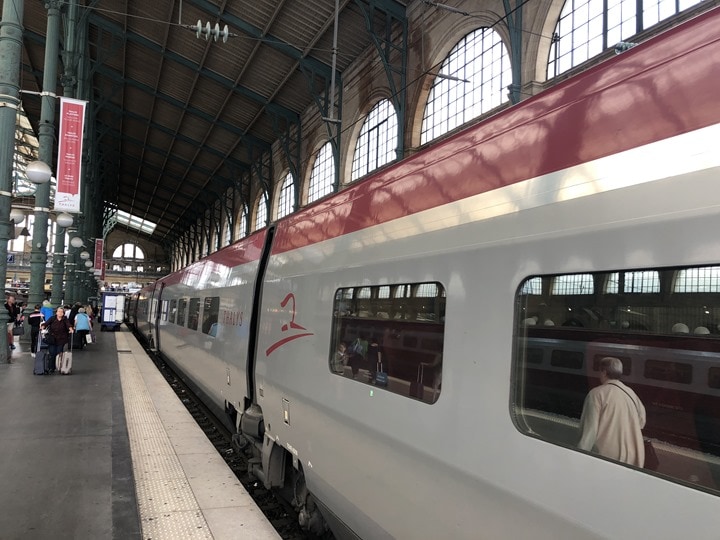 Our ultimate reason for heading down this weekend is Diner en Blanc (see all my past posts here), but, we’d also be swinging by a friend’s place for their daughter’s birthday, as well as hitting up some of our favorite restaurants around town.  And of course, just enjoying warm and sunny weather at the edge of Summer. 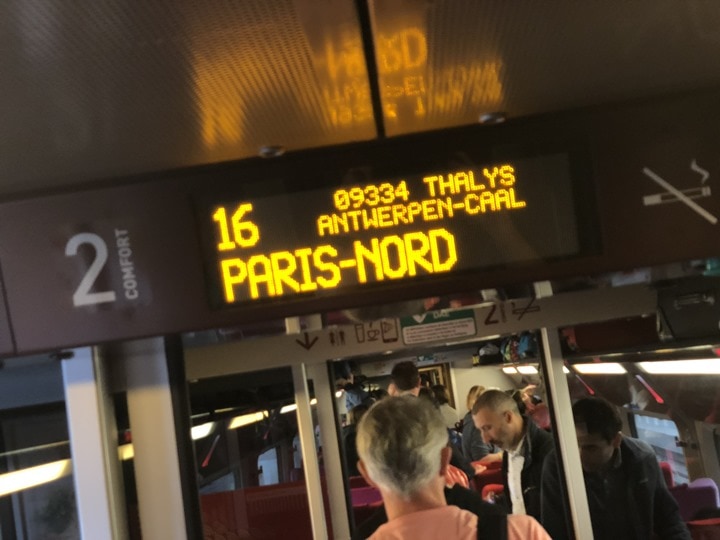 Gotta say, three hours on a train without kids screaming is quite relaxing.  So relaxing in fact I nearly got three posts done.

As an aside, we stayed at a hotel (Holiday Inn oddly enough) a mere three blocks from where we lived.  This isn’t notable, except for the fact that neither of us knew there was a Holiday Inn there, nor that it has this incredible roof-top deck: 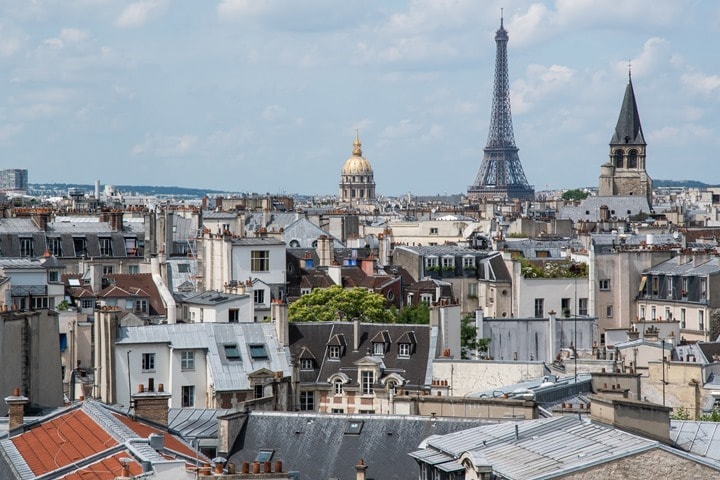 You needed to stay there in order to access the roof-top terrace, but the view in every direction was unbelievable.  Dang!

3) Back at the Parisian Food Scene

Being a weekend away from the kids, we were all about checking out some of our favorite restaurants and places to eat back in Paris. Creatures of habit I guess.  We had dinner at Cezembre on Saturday night, which is a great little spot that serves roughly Michelin 1-star quality food, but without the cost or 1-star level of service (they are incredibly friendly, just not a team of waiters sweeping in with every dish).  Love this little spot. 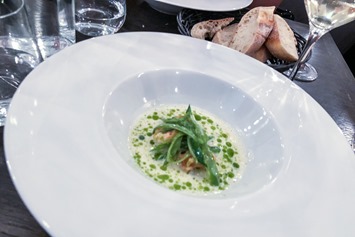 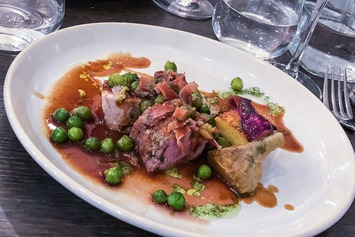 And then we also hit up one of our favorite crepe spots on Saturday as well, because who wouldn’t want crepes? 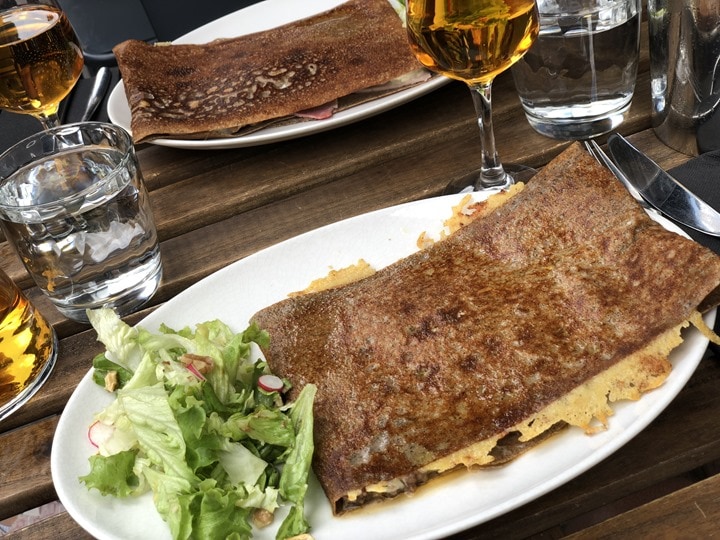 Sunday we went into unchartered territory with an Italian spot (that happens to be right next to the crepe place).  We’d long been meaning to try it out, and things didn’t disappoint in the food department (service wasn’t quite as good though).  Still, we’d go back again. 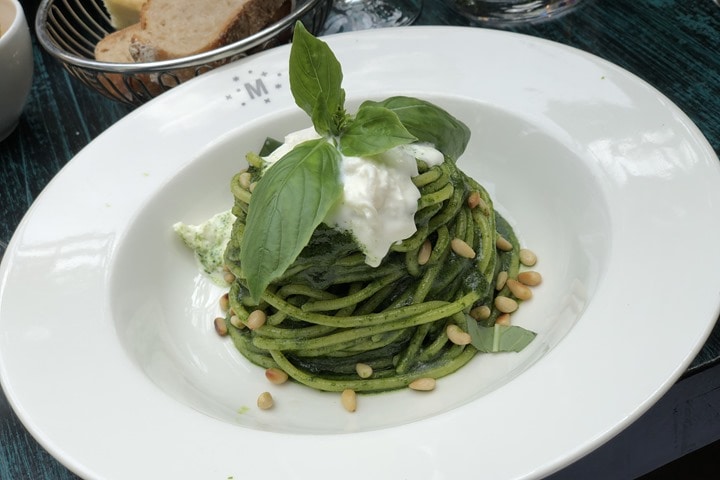 And of course, we hit up a variety of other little spots along the way for a quick snack and what-not.  Because why not?  Oh, and we also attended a friend’s birthday party, for which there was BBQ food. Woot!

Sunday morning The Girl and I lazily rolled out of the hotel and up the hill for a casual 5K run together.  Given we had a long night ahead of us, we certainly didn’t want to overdo it with something exhausting, like you know, 6K or so.  Plus, 5K is a nice round number. 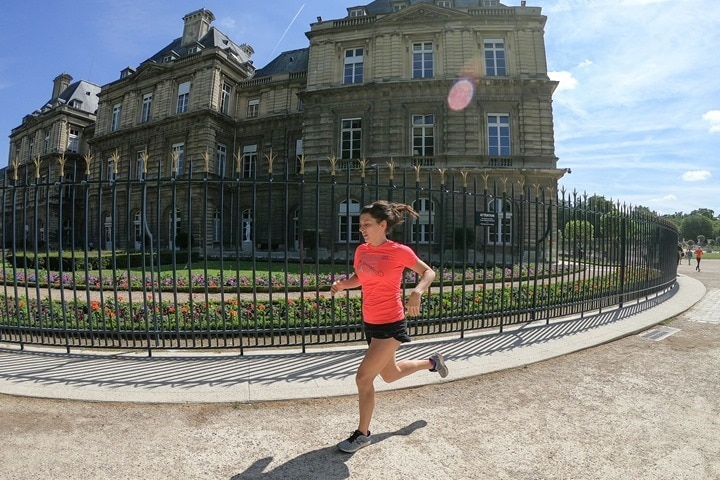 Oh, and here’s both of us afterwards: 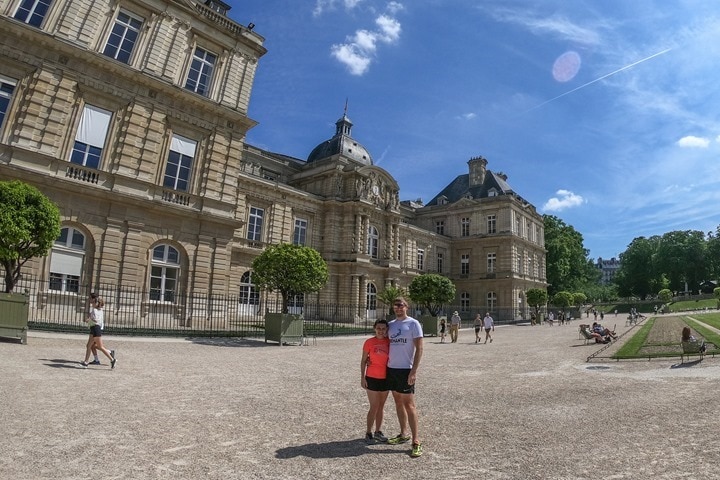 Giving we lived relatively close to Luxembourg park, it was one of our favorites to run at.  And oddly enough, neither of us had ever seen it this busy before in terms of runners.  Never in nearly 6 years have we seen this quantity of runners at one time.  It was almost as if there was a race running in there.  Crazy (and awesome).

We just simply did two loops and a bit extra around the top, because again, being able to party late into the night was of the utmost importance!

Our main reason for going this weekend was Diner en Blanc.  We’ve attended this numerous years before, this being our 5th year.  And as part of that, I’d been ‘upgraded’ a bit in leader status, now overseeing an even large swath of tables than before.  Of course upgraded merely means responding to more e-mails and questions, all of which The Girl took on.

Now I’ve got a separate post hopefully sometime tomorrow on it.  In the meantime, here’s a pic The Girl posted to Instagram:

And, here’s another one I took: 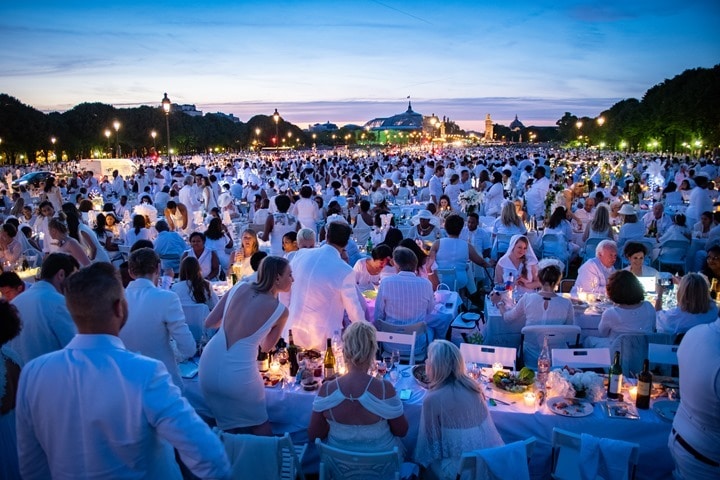 At present though I still have 508 photos to edit and color correct from the night, so those two will have to do for now!  Stay tuned, at over 16,000 attendees, it was pretty incredible!  We were there till well after virtually everyone left.  Because nobody should ever go home with unopened bottles of properly chilled Rosé. Nope, those must be consumed onsite – even at 2:41AM in the middle of an empty field looking up at a darkened Eiffel Tower.