Headed to ISPO this weekend, got tech companies to see? 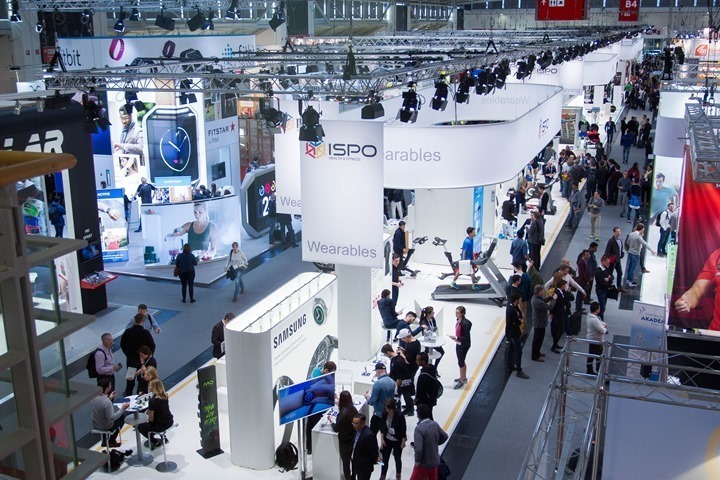 This Sunday kicks off the annual ISPO sports trade show in Munich.  This show is all about the outdoors and sports, with a chunk of it dedicated to sports tech.  The convention is massive – spanning the entire convention grounds and making most other sports shows look like elementary school bake sales.

It’s a bit unusual in that it starts on a Sunday, versus a weekday.  But that works out for me, as the flights are cheaper.  Each year I’ve gone I fly in early Sunday morning before the sun rises, and then back to Paris again in the evening when the show closes for the day.  This year I’ll be doing the same.

Now we don’t tend to get many announcements from major sport tech players at ISPO, but rather, we see smaller announcements and find hidden jewels.  The biggest announcement we’ve seen recently out of the show in recent years has been the announcement of the Polar V650 a few years back.  Beyond that, it’s mostly updates from companies like WatTeam a few years back, Airdog, Kuai, or last year the sneak peak of FINIS’s new devices.

What’s cool about it though is that I generally stumble on startups I’ve never heard of before (they’ve got a dedicated startup section), so that’s what I’ll focus on.  I have a handful of meetings and demo’s scheduled – including one with a new sports action drone entrant (Staaker), but I’m certainly looking to hear of any companies you want me to check in on that are attending the show.

So if you’re a company going to ISPO, or if you know of a company you want me to check out – drop a note below or get in touch via the contact form!

Finally – merely as a general overview of the biggest sports tech announcement events during the year, here’s how things generally shake out:

Note that the biggest push is really in that August-September timeframe, right before the holiday buying season.  At the same time, for sports products, you also see a good sprinkling of new releases between March and early May.  After May, it’s generally considered too late for the outdoor sports gadget realm to hit summer usage.

With that – stay tuned and thanks for reading!