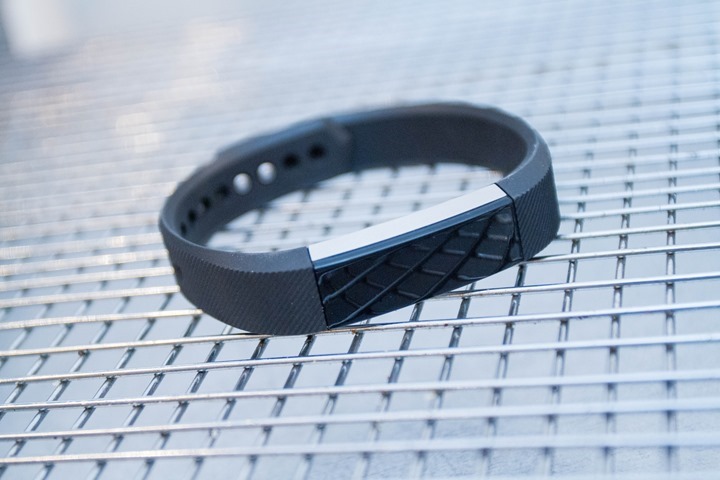 Today Fitbit announced their latest activity tracker – the Fitbit Alta.  This unit is effectively a replacement for the existing Fitbit Charge (or previous to that, the Force).  However, unlike those, this unit sports smartphone notifications,  move reminders, and the ability to auto-recognize workouts (the Charge/Charge HR only has caller ID).  It also goes vintage and re-gains the ability to change your bands for various options, like the old Fitbit Flex. 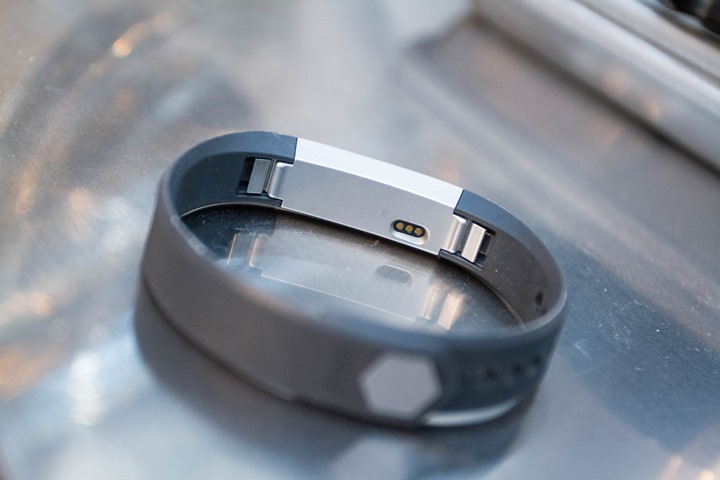 The Fitbit Alta comes almost exactly one month after Fitbit’s announcement of the Fitbit Blaze at CES, which is their higher end ‘smart fitness watch’.  There are actually a number of similarities between the two units, from battery life to notification capabilities.  For example, both units get about 5 days of battery on a single charge, and both carry with it the new auto-recognize functionality.  Though, only the Alta has move alerts. And lastly, both units feature tap/touch capable screens (the Alta’s being an OLED mono-color display, whereas the Blaze is full color LCD). 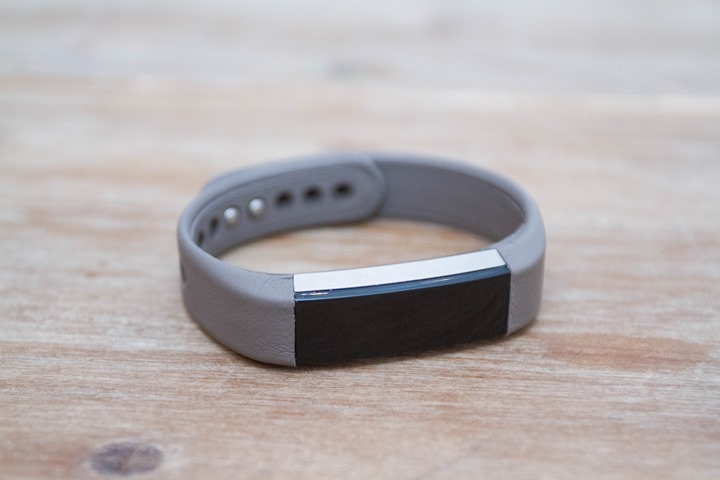 On the downside, neither is waterproofed terribly well, claiming only 1ATM waterproofing – or effectively a non-official variant of IPX7.  That means it’ll usually be fine in the shower, but definitely isn’t something you’d take swimming (or high diving).  Further, neither unit includes the ability to do true/proper smartphone notifications.  Instead, both rely on just text and phone alerts – which is completely opposite what the entire rest of the industry has done (this means you can’t get things like Twitter or Snapchat notifications).

I feel like there’s gotta be some single person at Fitbit that’s horribly against proper smartphone notifications.  You know when you’re at work, and there’s always someone (we’ll call him Bob), that’s been upset about the change in coffee filters for years, despite everyone else already moving past it and well beyond caring.  That’s Fitbit with proper smartphone notifications.  The excuse of ‘trying to keep things simple’ holds about as much water as a Starbucks napkin.  Luckily, once they decide to move onto the first phase of acceptance, it’s a relatively trivial software update to add to these devices.

Now, that quibble aside – from a spec and usability standpoint, the unit actually does a good job at balancing features and form.  For example, it includes changeable bands – something the Fitbit Charge/Charge HR lacked.  You can simply pop the bands on and off.  Below I’ve got a brown leather, and black band option.  But there’s also a bangle available too.

The accessory bands are $29 for the ‘classic’ colored bands.  Then $59 for the leather bands (like the one seen above), and finally $99 for the stainless steel bangles.

As for the bands, they are much smaller than the Fitbit Charge/Charge HR – or even the equally pretty display of the Polar A360: 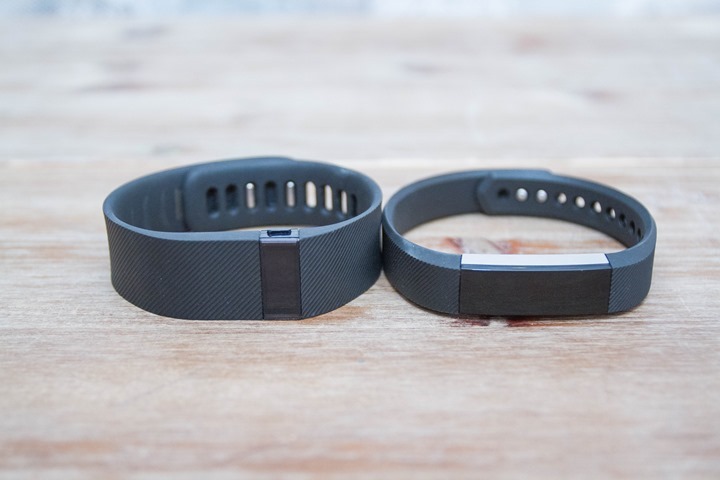 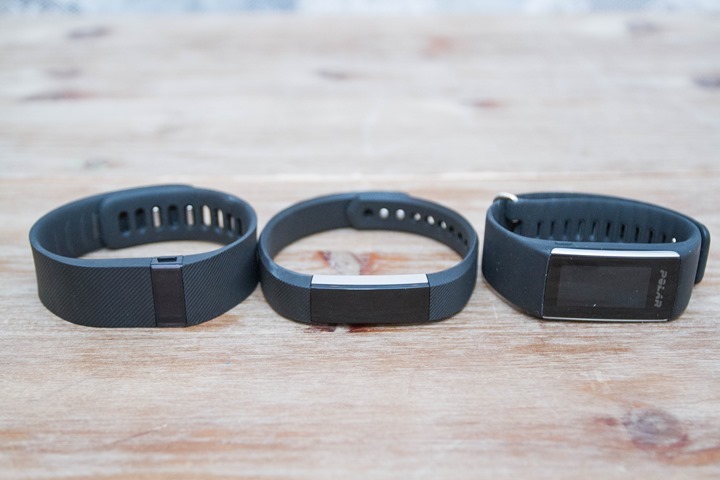 The two band sides snap in using a clever little push-button system, and then the bands hold together with a double-holed clasp.  I’d rate it pretty darn resilient to accidental removals. 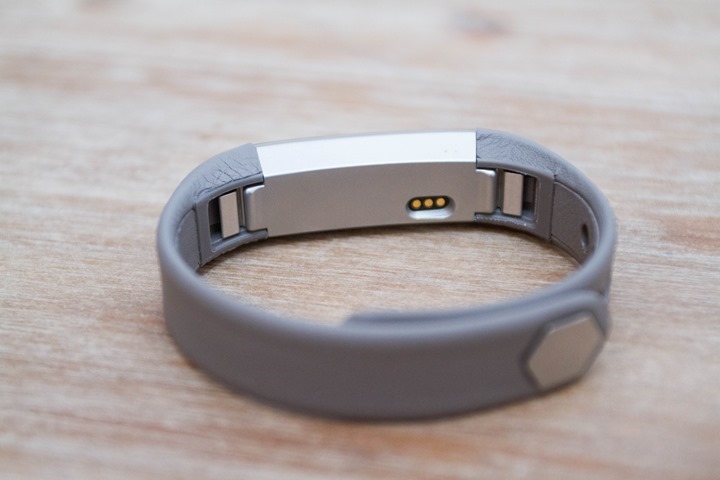 You can see how it fits here on a women’s wrist (The Girl’s, to be precise).  She was impressed with the size of it. 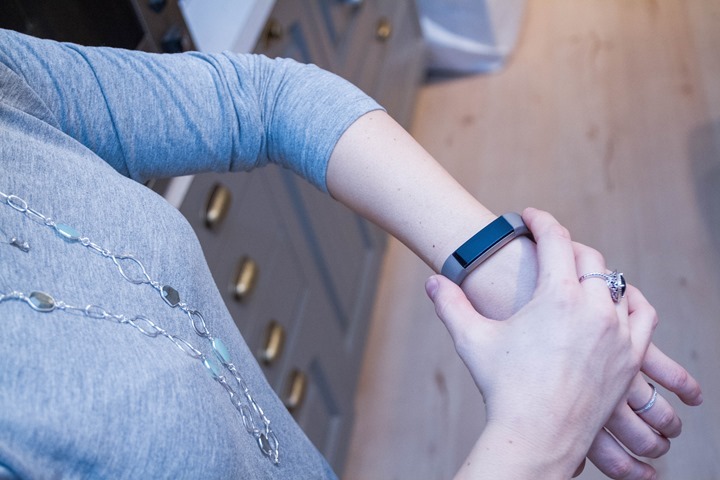 Now at $129, it lacks an optical HR sensor like the Charge HR has.  Given the size of the unit, I’m honestly not sure where they’d fit one in with expanding it.  This thing isn’t much bigger than a few pieces of Good & Plenty candy tied together.

Its new inactivity/move alerts match what the rest of the competition has had for years, namely Garmin & Polar first, and more recently competitors like Apple, Microsoft and Under Armour. 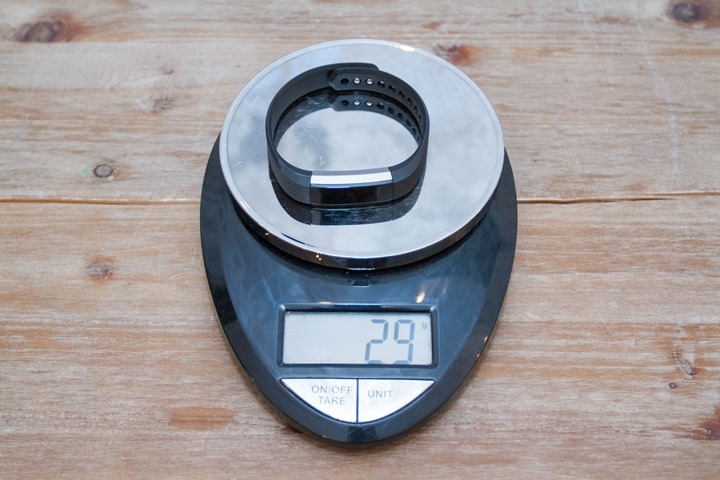 Fitbit views this unit as a bit of a complement to the Fitbit Surge for athletes.  So the thinking is that you’d wear the Fitbit Surge during your workout, but might switch back to this for the rest of your day.  To aide in that process, Fitbit does have the capability to auto-switch between up to 7 activity trackers dynamically during the day.  So it’ll simply figure out which unit your using and grab the step/activity data from that, allowing you to have a complete picture of your day. 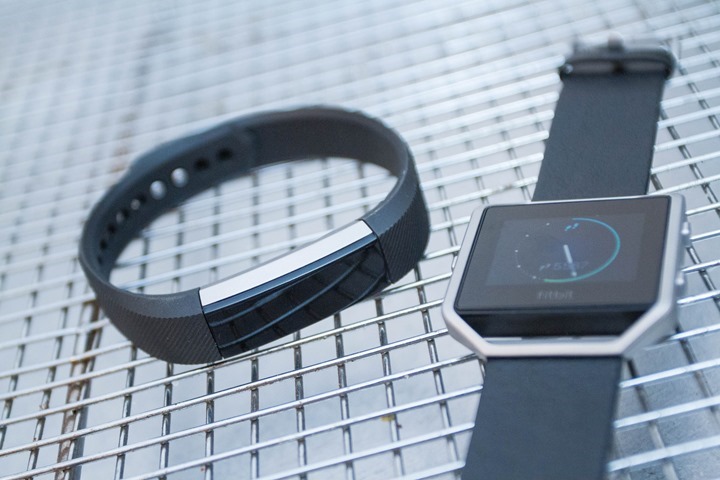 That’s one area that competitors (such as Garmin & Polar) have faltered at delivering on.  For those companies you need to specify a single device to be your ‘activity tracker’. 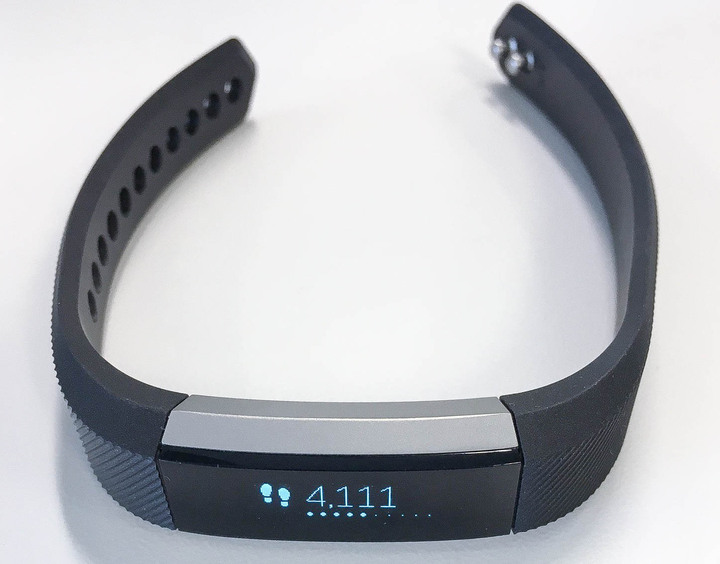 Finally, as noted earlier, the display is an OLED tap display.  It’ll automatically turn on/off based on your wrist movements (just like the Fitbit Blaze).  Like most companies, Fitbit does this to save battery on otherwise power-hungry displays.  In my case, the unit I tried was not powered, so I was unable to get a good feel for how reactive the display is, or how well it would work if wet  (such as with sweat or a light rain). 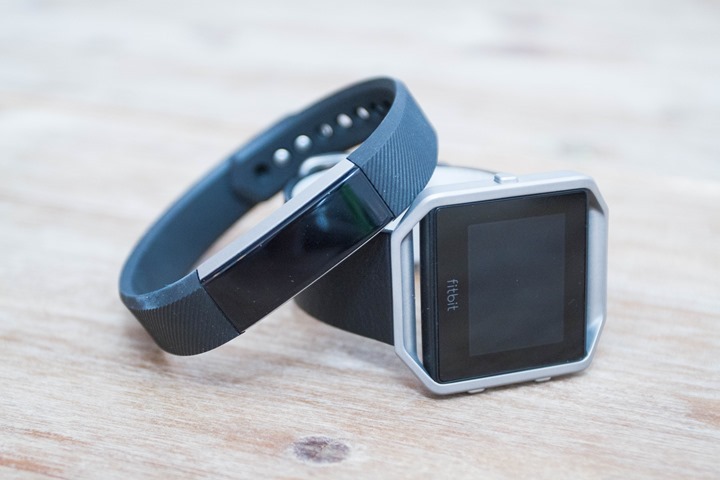 The unit will start shipping in March, roughly when the Fitbit Blaze is expected to become available.

As for whether or not to get the Alta – I think it really goes back to my usual statement on keeping your activity tracker in the same family as the rest of your health/fitness devices.  For example, if you have a Fitbit scale – then it likely makes sense to keep the activity tracker Fitbit.  Whereas if you have a Garmin scale, then it doesn’t make much sense to get a Fitbit tracker.  And the inverse is true as well.

Update! You can now pre-order the Fitbit Alta through either Amazon or Clever Training – both support the site! If you order through Clever Training, you’ll also save 10% on your order and get free US shipping, simply use DCR Reader coupon code DCR10BTF.