The last flight of the year, and other antics of the weekend 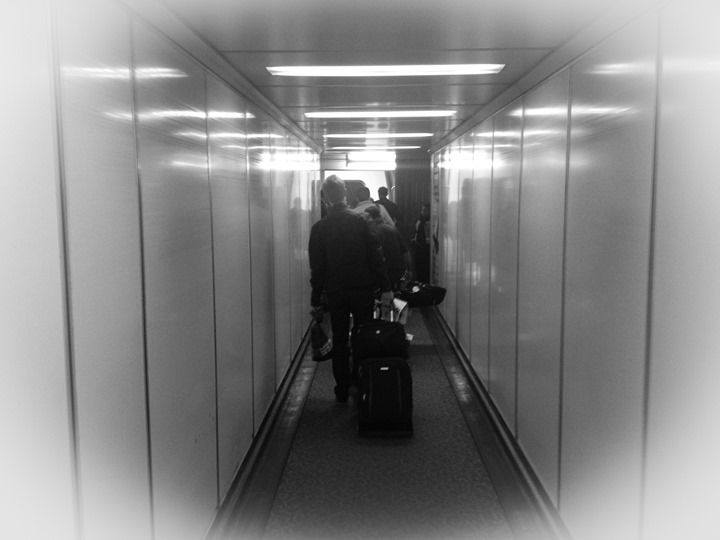 After over 250,000 miles of travelling this year – almost all for work – I took my last flight this year and go onto enjoying some time back at home.  I was (back) in Mexico for a few days last week for some meetings, though, mostly that translated to downing an incredible number of cough drops as a sore throat persisted after the Santa 10K last weekend. 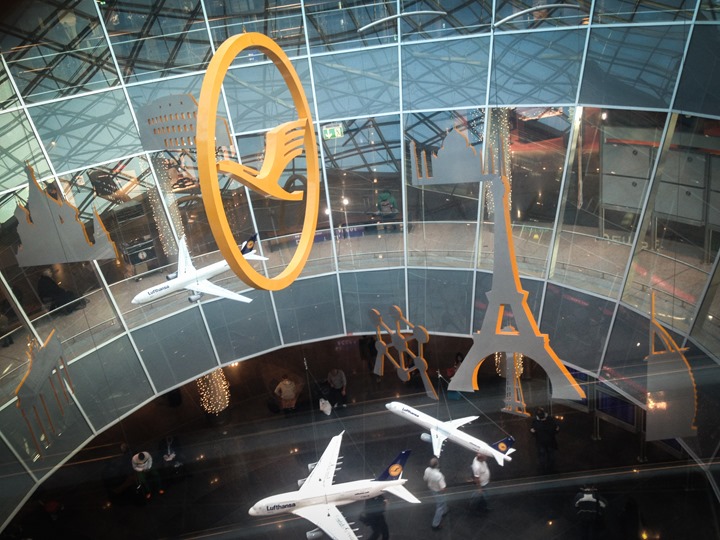 So, rather than an in-depth review of the last few days, let’s just go through a bit of a kaleidoscope of photos.

After catching up on a bit of sleep, Saturday evening we headed over to the far side of town to check out another big Christmas market, under the Grande Arch in La Défense – the business/downtown district of Paris. 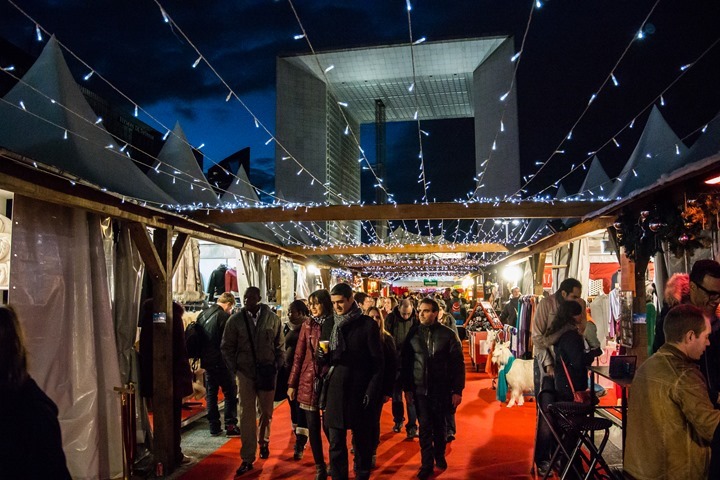 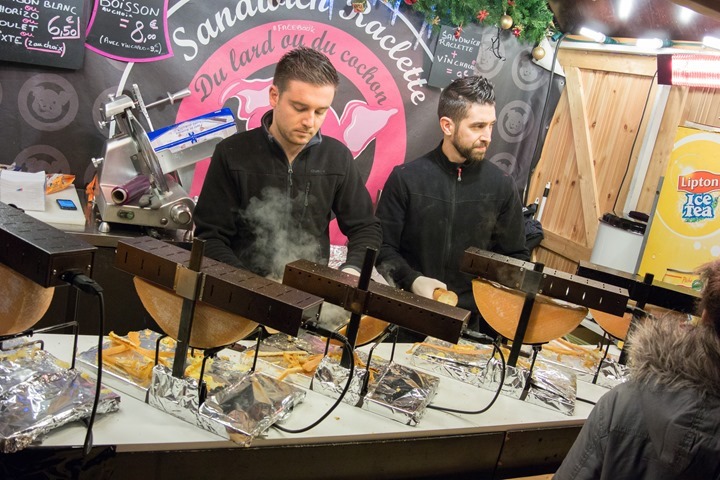 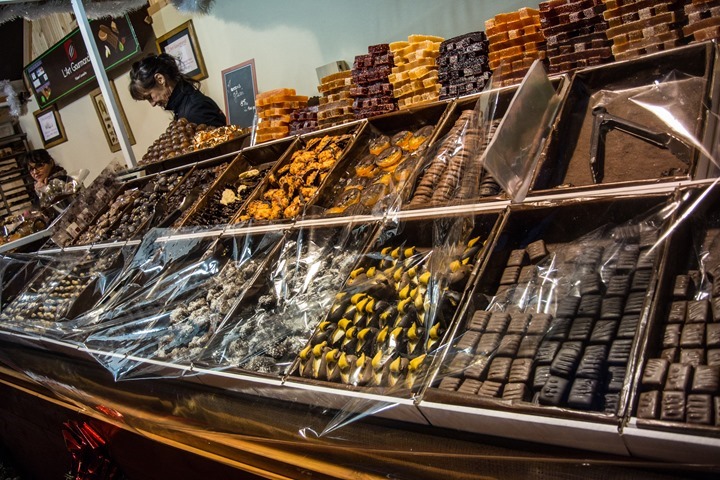 This market had some 300 shops in it.  Though, in some respects you tend to get many repeating shops over and over again.  Though, there was only one place serving Churros, and one place from Canada serving maple syrup on a stick. 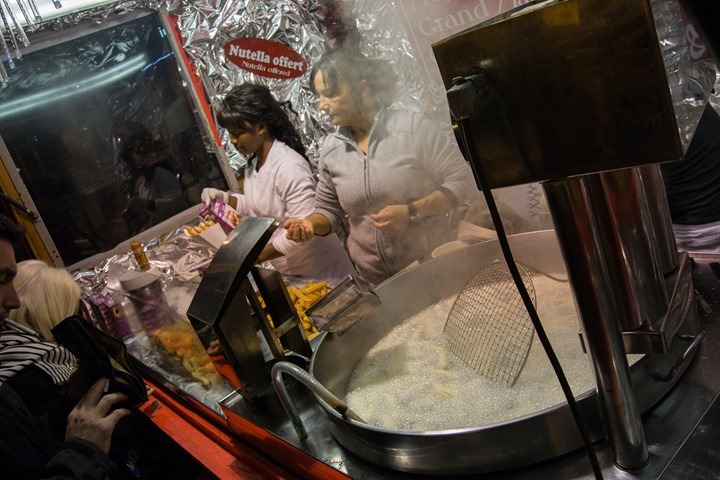 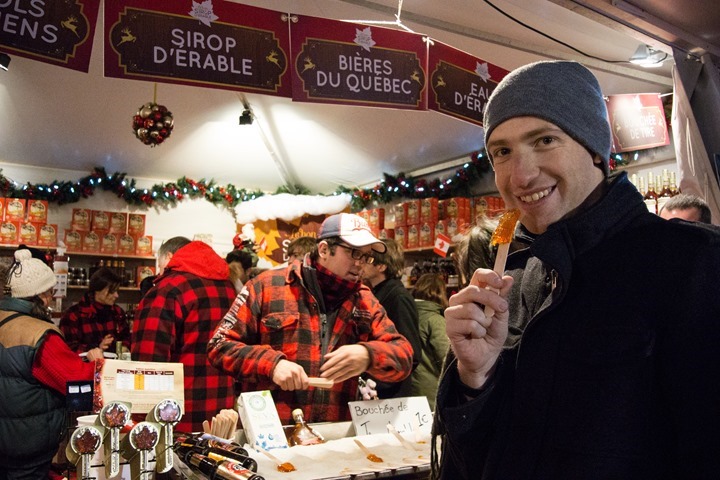 Neither were French.  Obviously, we sampled both.

And then the sausages.  We sampled those too.  French-ness is questionable, but totally acceptable. 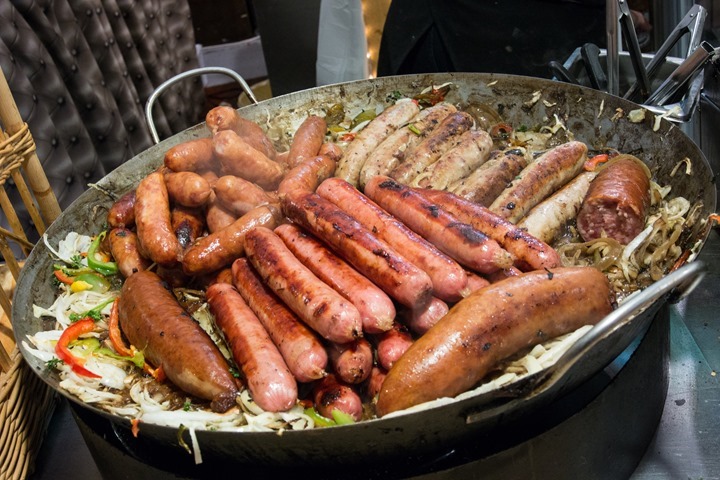 Right next to the Christmas markets was a mall of sorts that had a Decathlon in it, which is gigantic sporting goods store.  Generally puts any sporting goods store in the US to shame.  Here’s the (mostly) GPS watches and GPS watch accessory section.  Plus a few HR watches in there too. 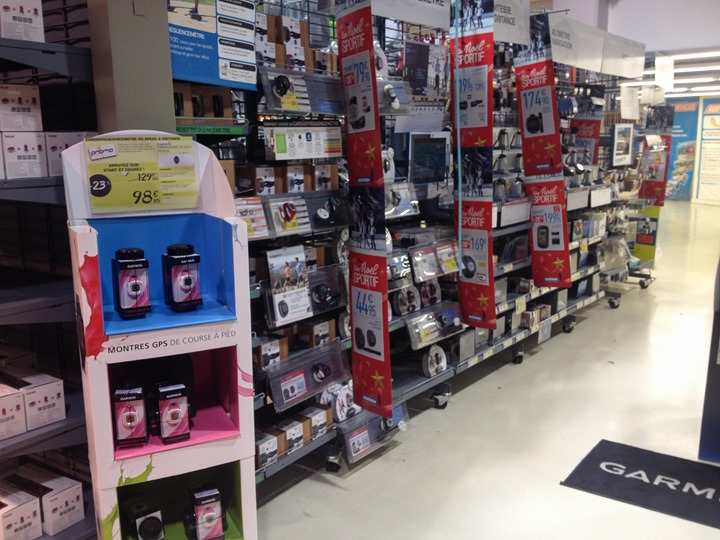 As we made our way back home we walked from the Metro (subway) past the ice skating rink at the town hall, where the rink opened up a few days ago.  I’ll wait until things are a bit quieter in late January before attempting it.  Kinda crazy right now. 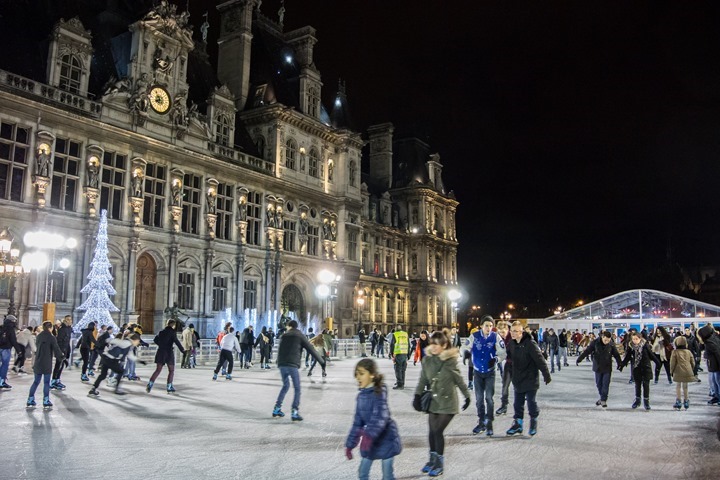 We ended up hitting up a grocery store later that night.  No matter how many times I go, I’m always entertained by things I find in there.  This time, they had re-arranged a bit and made an entire Foie Gras section.  Again, something you’d never see in the states. 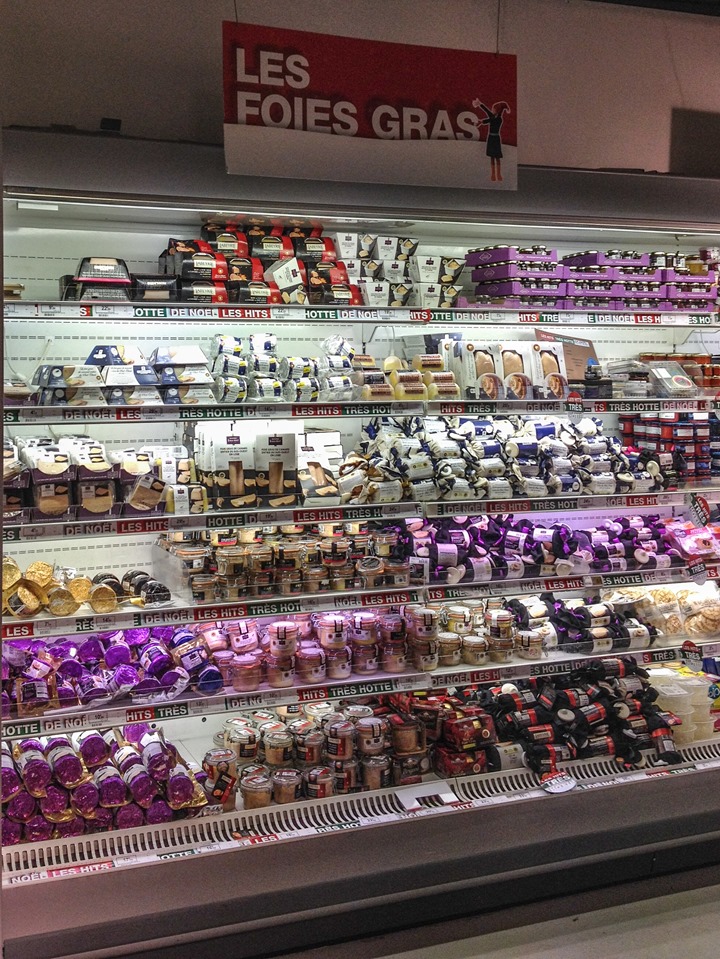 Sunday late afternoon we headed out for a run together.  The Girl had a 2hr 15m run to knock out, so I figured I’d join her for the first 1hr and 20m or so by foot, and then the remainder on bike (mine was scheduled shorter this week).  The weather was…sorta…not so awesome. 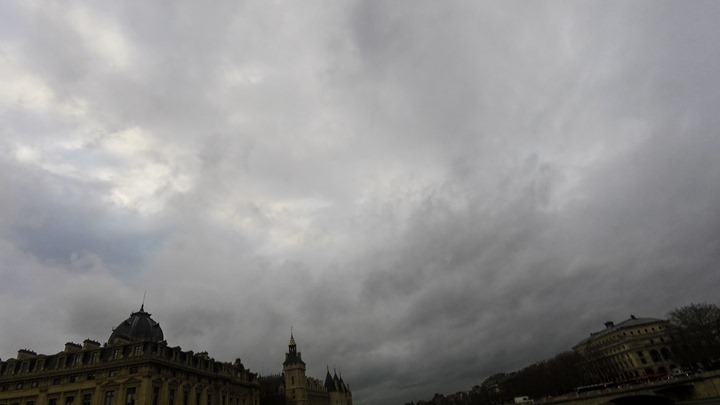 As we were running along the perimeter of the island past the gardens where we picked up our Christmas tree we heard a rooster, which…wasn’t normal.  So we swung through to investigate and found many bird creatures in cages for some sort of bird-market.  I’ll have to investigate another Sunday. 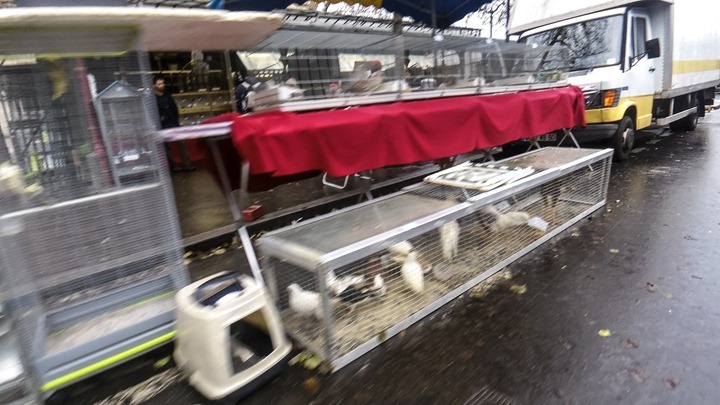 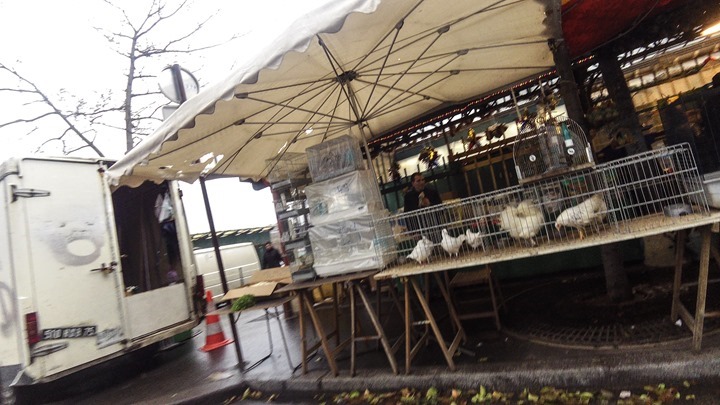 Continuing on we headed down along the waterfront into The Berges. 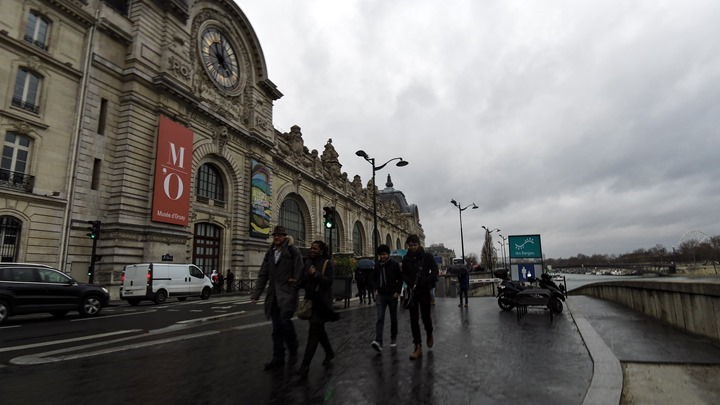 We’d eventually leave The Berges at its end near the Eiffel Tower.  We headed across the street to check out the skating rink there, and along the way I found the Aquarium of Paris.  I’d never quite run past this little section of park, despite being only a few hundred meters from the Eiffel Tower (it’s not really in a place I’d normally run past).  Chalk it up to another place I’ll visit on a quieter non-holiday time period. 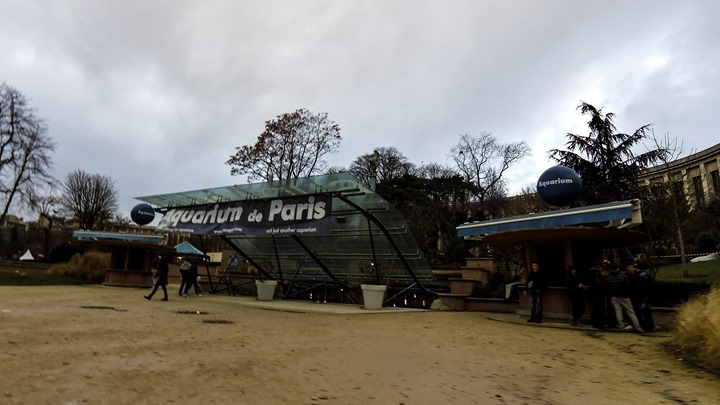 Looking back from next to the aquarium, there were the Christmas markets here at the Trocadéro.  Along with one of the smallest ice skating rinks you’ll see.  Roughly the size of a tennis court.  Perhaps smaller. 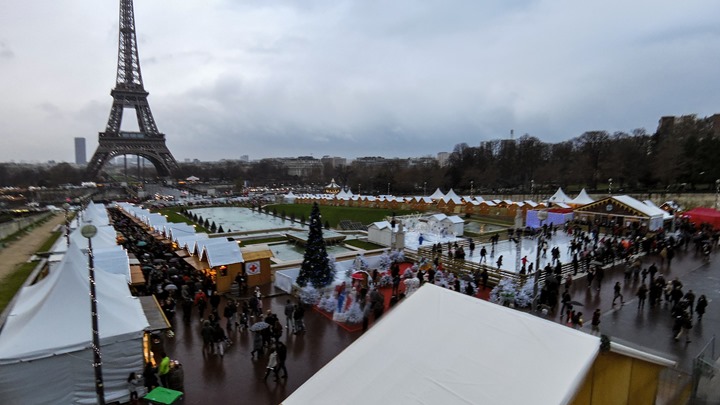 We left the crowds behind and headed back towards and then past the Eiffel tower. 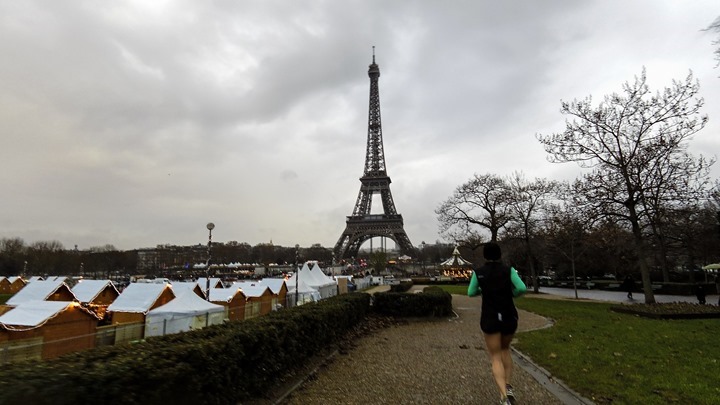 Then, a quick swing around Invalides to add a bit of extra time.  This is one of our winter interval locations.  We did a lot of 1.10 mile loops around it last year. 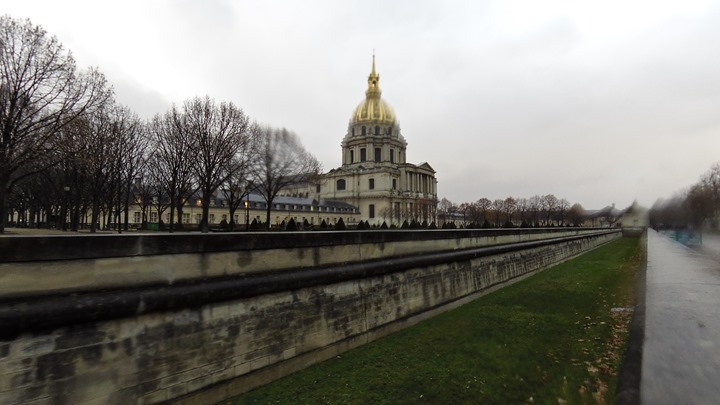 After exiting the grounds there it was back along the river, where it was getting dark quickly.  The Academia is one of the prettiest buildings along the Seine.  And, astoundingly the camera decided to cooperate for this split-second photo. 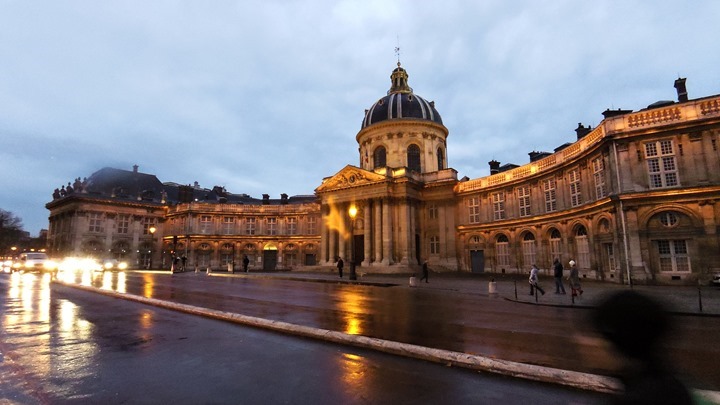 After swinging past the house, The Girl gave me 10 minutes to run in and change before picking me back up again.  This time I’d be on bike though for the remainder of her run.  Effectively, I was the water boy: 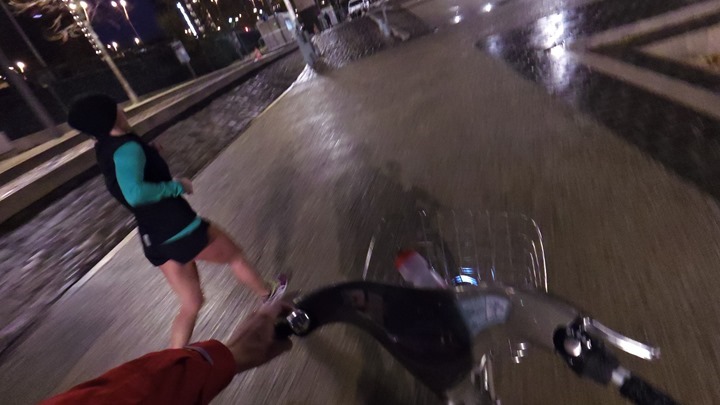 And in fact, my minion-like status would continue the next morning.  I’d become Santa’s helper and help bake cupcakes Monday morning at the CupCakery.  This is quite the rarity actually.

So, if you stopped in on Monday and had a cupcake – I likely put the sprinkles on it.  Plus I completed a bunch of other tasks I was entrusted to do which I was deemed having a low likelihood of screwing up (I’m not allowed to frost the cupcakes for example, it never works out for anything involved). 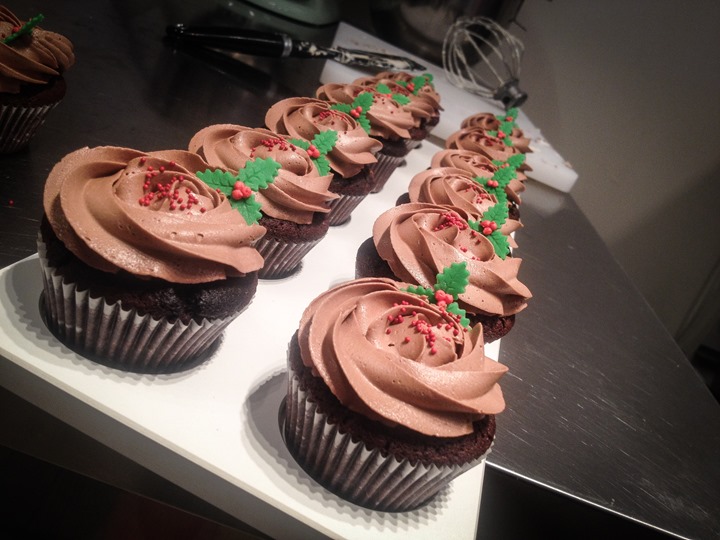 Later on Monday night I’d be back in my normal CupCakery role of restaurant supply store cart driver (and car driver).  What you see below is approximately 1 week’s worth of (re-)supplies for the shop.  Minus the beef and cheese for our Christmas dinner.  Obviously, there’s plenty of stuff in stock at the shop that’s not included, but this is a typical cart side.  180 eggs, 45 pounds of butter (20kg), over 60lbs of sugar (27kg), and a heck of a lot of chocolate…plus much more. 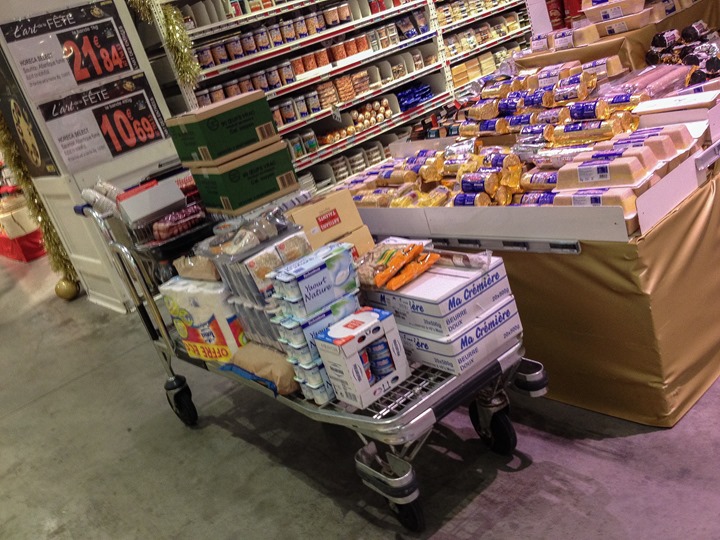 With that, the only other item of note on Monday’s list was picking up of a package from the post office.  This time, my mom’s famous biscotti.  It was funny, The Girl had been running around trying to get coins from the bank for the shop (an incredibly painstaking task taking multiple failed attempts and hours due to machines at multiple branches not being in service).  As she was heading towards the post office she said: “Biscotti is about the only thing that’s going to make this afternoon better!” 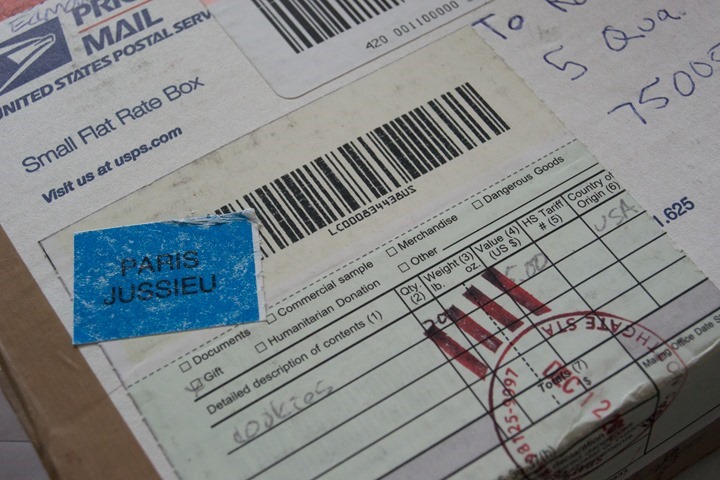 For the record, there’s now a fair bit less biscotti than there was earlier this afternoon.  Nom!

With that – thanks for reading!  Lots of good stuff coming up in the upcoming weeks going into CES.  And in the meantime, a bit of quieter downtime as I enjoy the holidays (don’t worry though, there’ll still be some posts!).

For those celebrating Christmas, Merry Christmas!  And thanks for reading.