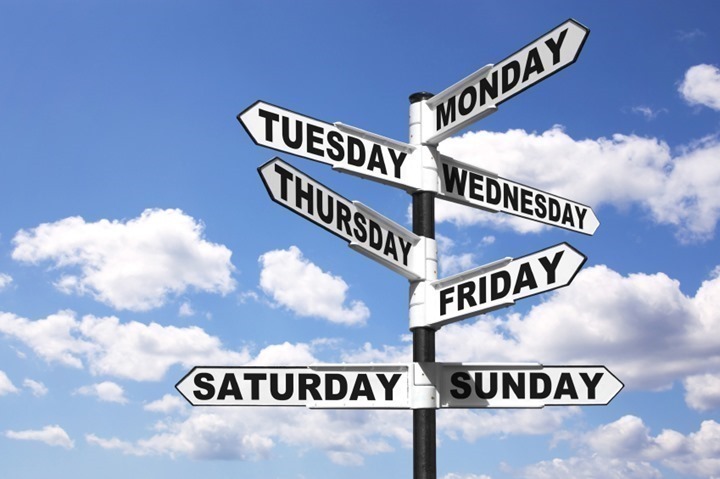 1) $250,000 worth of Team Garmin bikes stolen: If you follow pro cycling, this is probably old news to ya.  But for everyone else, pretty astounding story earlier this week causing the team to pull out of the Tour de Mediterranean.  In unrelated news, Team Garmin orders 16 GTU10’s to mount under seats for future events…

2) Behind the scenes on the Verizon Strava Valentines commercial: Kinda a neat look at how they made last years commercial to create a cycling GPS track using Strava for a Valentines day message.

3) What it’s like to shoot (photography) the Olympics: A pretty cool behind the scenes post of all sorts of things you never thought about from a pro sports photographer.

4) A lot of people ask about Google Glass (the glasses): Here’s a not-so-detailed update from them.  In my opinion, ignoring the massive price tag for the units, I don’t see it breaking into the sports side of things for a few years.  But, like any big company – once they do break into that portion of the market, it’ll dramatically change things.  Sorta like…

5) In the DC area? Want to donate old sports medals to a good cause?  This non-profit group aims to recycle the medals for use at Children’s Hospitals.  There are also other chapters of the same organization nationwide.  Hit up the link and see how you can help.

6) A look at the new Under Armor tracking body tracking system: Some cool stuff coming from UA.  But also a bit of smoke and mirrors too.  On one hand you have a company that definitely measuring interesting things and sending those interesting metrics to their iOS app.  But on the other hand, despite lots of talk about doing it down the line in an open way (and bashing others for being closed), it’s all closed today.  We know this for two reasons – namely that #1: There actually isn’t a standard yet to transmit any of the data types they talk about (except HR), and #2: They won’t specify a timeline for any open access to the data they’ve collected about you.  Just callin’ it like it is…

7) In Toronto, they race bikes on ice skating rinks: Anytime an ice rink is involved, I can almost guarantee Canadians are at the forefront of it. (via Bikehugger)

8) ANT+ Updates Power Meter Profile for new PM’s: This new update helps products like the recently released Rotor PM have additional ANT+ metrics (Torque Effectiveness and Pedal Smoothness).  Though, at the time there are no ANT+ head units to take advantage of them.  Also of note is a few thoughts about it from the guy building his own power meter.

9) Cooking an omelet while cycling on rollers: The of the ladies from the HiTec cycling team shows us all how it’s done. (via Bikehugger)

Fitbit adds Android App Beta: If you’ve got the little bit of Fit, and certain Android phones with Bluetooth Smart, then you’re in business.

Garmin Swim adds large pool support: If you’re one of those lucky ducks with access to the massive 100m+ long pool outside of Vancouver, then you’re in luck!  Garmin has updated the Garmin Swim firmware with a bunch of new items, including support for your digs.  See list for remainder of items.

Magellan releases 1.5 version of developer API’s: And, for the 3rd party developers out there, you get treats too.

Magellan releases Switch/Switch Up firmware update: This is aimed at fixing many of the pace issues that the unit previously suffered from. Would LOVE to hear from folks on how this works out for them.

Garmin adds weather stats to Garmin Connect: At some point over the last couple weeks, Garmin added weather stats to GC.  So now you get historical data for your activities (even from years ago).  Kinda neat actually.  They’ve added a bunch of other items, but I’m covering those in an upcoming post. (via Nathan)

Strava adds additional early access Android features: Head on over and sign-up, if you’re of the Android persuasion and want some updated goods.

Peripedal adds additional data fields: If you haven’t heard of Peripedal, it’s a software app that utilizes ANT+ sensors to display your indoor trainer information, as well as estimate power based on known power curves (and then broadcast this back out as a power meter over ANT+).  Cool stuff.

Spot adds additional site feature: If you’ve got a Spot Tracker and use their site (likely), swing on over to see what’s new. 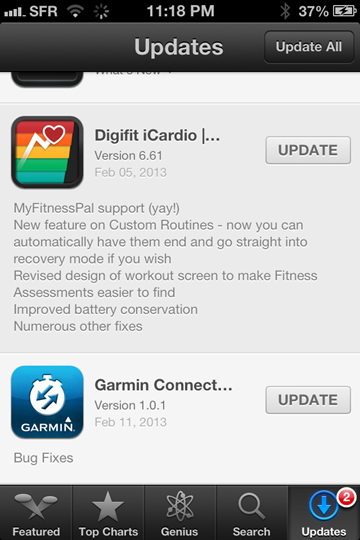 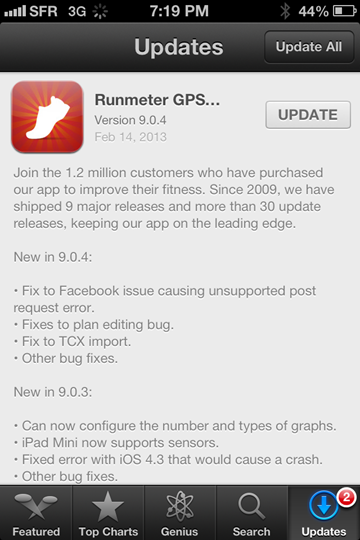 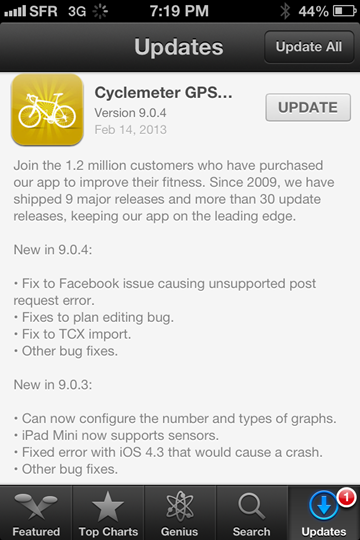