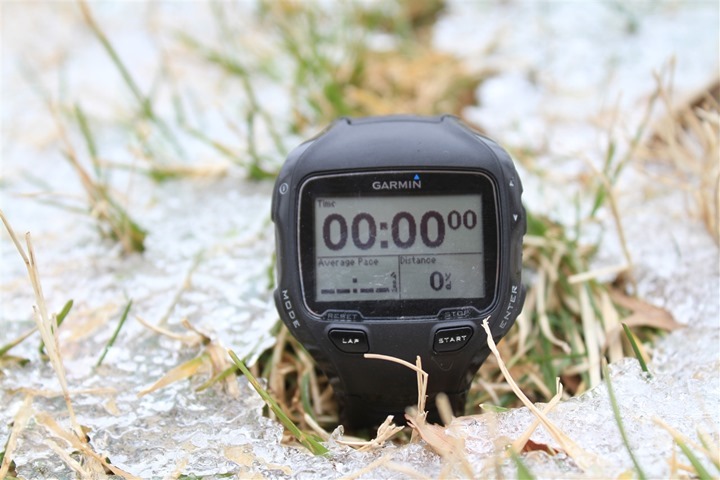 Though not as cold as many of you have had over the past few days.  I’m going to Stockholm on Sunday night for a few days, and I see it’s cold there too.  I told my boss I wanted to go somewhere warm next.  Instead, he signed me up for something in Ukraine. It says it’s –11*C there right now (12*F).  Not warm.

The point being, I was cold on tonight’s run. And that’s all that matters.  And because it was cold (for me, and thus probably you), I’m going to give you a reconciliation prize: A Garmin Forerunner 910XT

In case your wondering about my reconciliation prize, I ate cookies. Chocolate chip in case you were wondering.

This time to enter the giveaway:

Just drop me a quick line or two about your coldest run.  Or, if you’re not a runner, then cycling.  Or failing that, swimming.  And failing that…well…work with me here, ok?  It can even be a blurry cold memory – just like the self-portrait I took tonight…

Some of you said in the survey there wasn’t enough self-portraits these days on the blog.  See, gotta be careful on what you ask for. 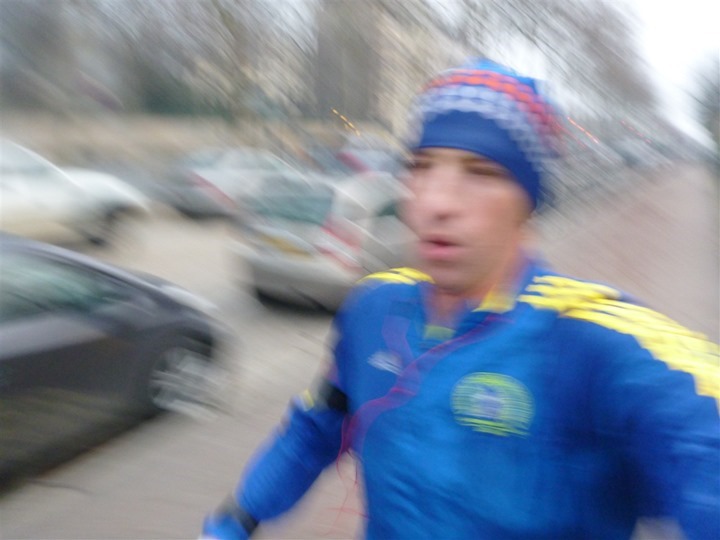 Entries will be accepted through Sunday night, 11:59PM Eastern time (January 27th, 2013).  I’ll be giving away one FR910XT with heart rate strap.   Winner will be chosen at random and announced on roughly Tuesday (unless I freeze to death in Sweden first).

This giveaway is sponsored by Clever Training, which I semi-recently announced a partnership with.  As you probably remember, by picking up sports technology gadgets from Clever Training you support the site.  And on top of that, all DC Rainmaker readers get an exclusive 10% off all products they sell (basically every sports tech company/gadget/device) using coupon code DCR10BTF (along with the link above).  And most of all, you support the site in a big way – so I appreciate it!

Note, if you’re US Active Duty Military – you can submit your entry via e-mail instead (CLOSED NOW).  Note that this is ONLY for Active Duty military.  No fashion models or horse whisperers allowed via this method.  Mmmkay?  Thanks all!