This week ROTOR announced their first entrant into the power meter world with their new ‘ROTOR Power’ product.  The ANT+ compatible head unit measures and reports individual left/right power output – making it one of numerous new power meter products to offer the left/right metrics.  However unlike some of the other crank based left/right units out there – this unit does independently measure left/right power on each crank arm. 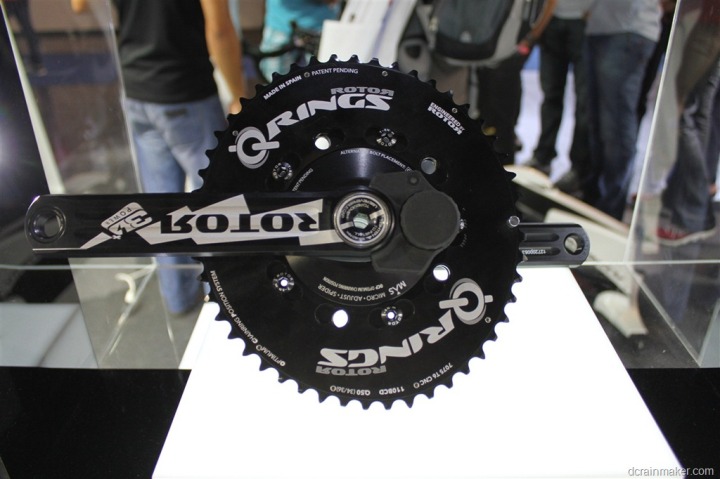 In addition to these metrics they’ll be introducing two new metrics being added to the ANT+ Power Meter profile: ‘Torque Efficiency’ and ‘Pedal Smoothness’.  Torque efficiency speaks to the ratio of positive and negative power – in other words, how much your pulling up versus pushing down.  Pedal Smoothness is how even your pedaling is over the course of the stroke.  This is similar to Spin Scan as found on a CompuTrainer.

These two new metrics aren’t quite ratified yet within the ANT+ device profile for power meters, but are nearly there and expected to be complete ahead of the release of the ROTOR power meter.  Once that’s done – it’ll be up to head unit manufacturers like Garmin, Timex, CycleOps and others.

The ROTOR power meter measures the power individually per leg, with both sides having four strain gauges each.  When it comes to calibration, each of the the two crank arms are calibrated independently.  In order to calibrate, the left crank must first be brought to the 12PM position (pointing straight up), following which the unit will record the calibration value of that side.  Then, you pedal 180* and thus switch position with the right crank arm moving to the 12PM position.   A calibration value is then recorded for that side. 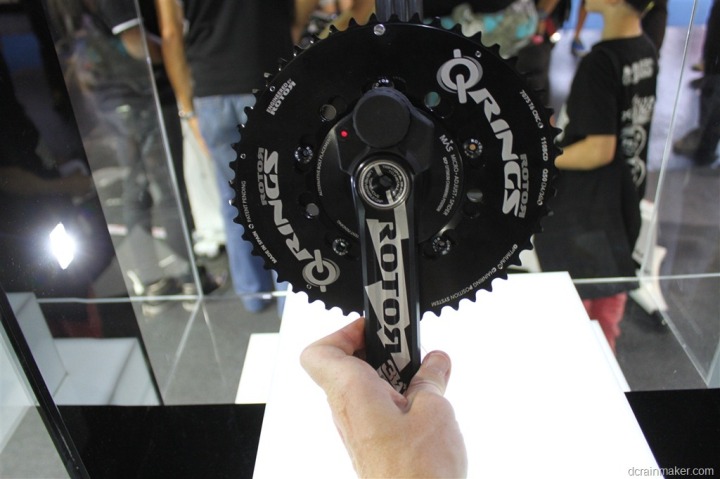 In talking with the team they did confirm that an end user will be able to do a static load test should they wish to.

On battery life, the unit has two CR2477 batteries, which are end-user changeable.  The unit respects the ANT+ low voltage battery transmission standards and will warn you prior to the batteries running out.  You can see the two coin cell battery pods located on each side in the images above (drive-side) and below (left side): 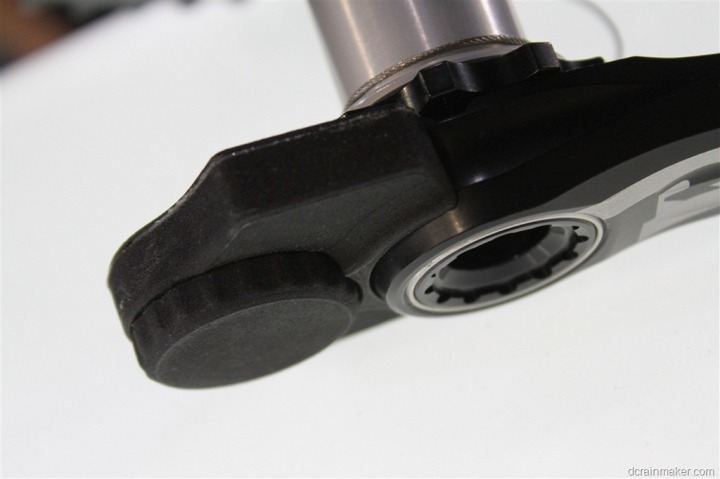 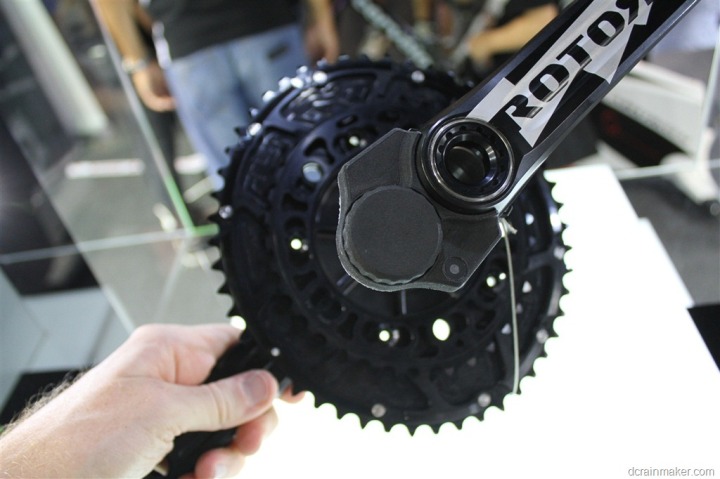 (Note that in these show floor pieces, the plastics were rapid prototypes and may have some rough edges that aren’t present in final production versions.)

The ROTOR crank will allow over the air firmware updates via ANT+.  They anticipate putting together an iPhone app similar to what Quarq has done with their QALVIN app, enabling either end users or bike shops to update the firmware on the unit as required.  They noted they spent a bit of time ensuring this was done correctly as they felt this offered a significant benefit to the end user.

Note that cadence magnets are not utilized in the ROTOR power meter.

At present, the price point for the ROTOR power meter will be €1,690 euros – or approximately $2,210US.  It’s expected to be available in time for Christmas.

In addition to the power meter, they were also showing off their recently released ROTOR Flow crank arms.  These €485 ($606US) crank arms are designed to be more aerodynamic.  They note a time savings of 26.4 seconds for a 200 watt rider…over the course of an Ironman race (112mi/180km). 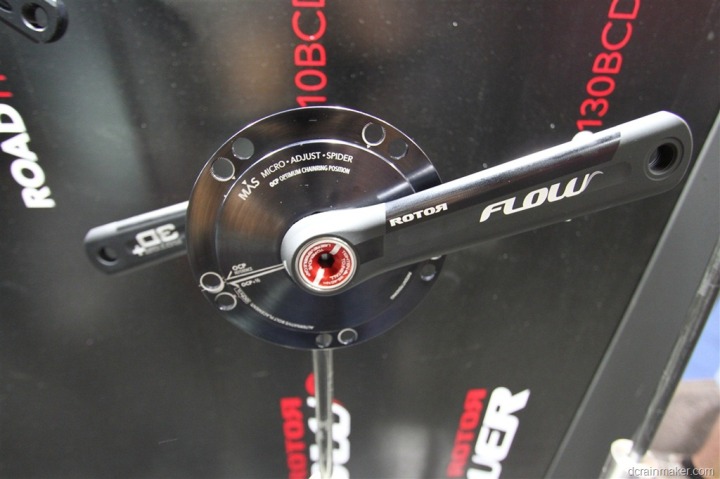 In the explanation I received, the difference in aerodynamics comes from the junction where the crank arm attaches to the spider – which has been changed to funnel the air differently.  Additionally, you can see the slightly rounded edges on the cranks themselves. 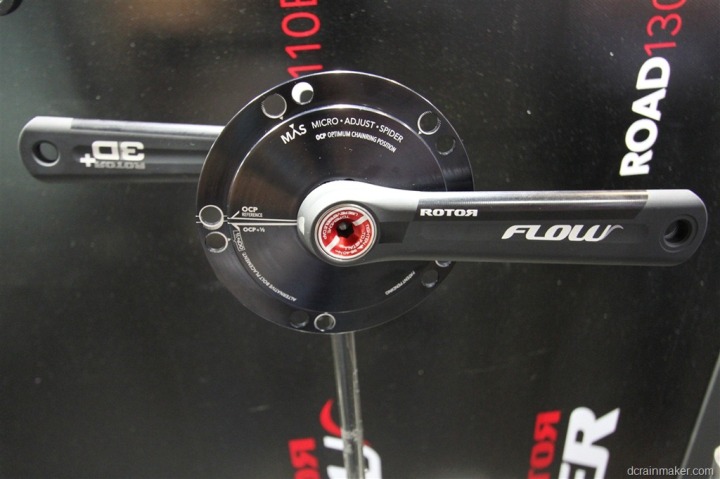 As always, if you’ve got questions I’m happy to drill down and get the answers.  Thanks for reading!