Ironman Texas 70.3–The Day Before In Photos

Earlier this week I got the opportunity to swing on down to the Lone Star state to enjoy spectating Ironman Texas 70.3, here in Galveston, Texas.

My goal is relatively simple: Bring you tons of awesome photos of the event, including both Pros and Amateurs. 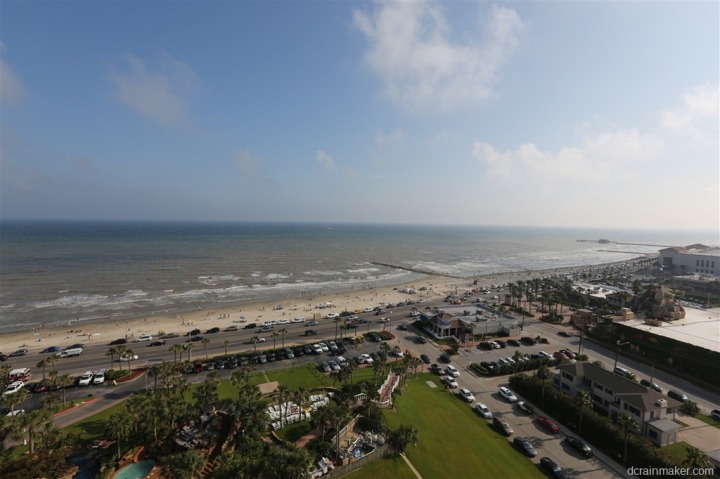 I actually started off my morning at 6:30AM with a long run along the boardwalk/beach.  The humidity was simply downright brutal coming from DC.  Had it been a month or two from now, I’d be used to it.  But not so much today.

I then went out for another lick of pain at 9PM with Pro Triathlete Chris Lieto, where we ran another 4-5 miles.  Plus, a bit of body surfing afterwards.  He had wanted to stop mid-run and rent some surf boards, but we settled for post-run body surfing instead.

After lunch, I made it over to the expo, ahead of the press conference at 2:30PM.  The transition area had just opened up, to allow the 2,800 registered athletes to go ahead and rack their bikes for the night: 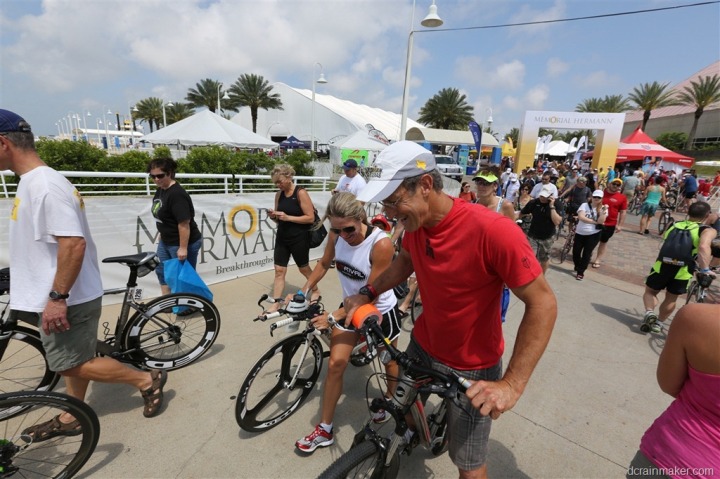 While that line un-snaked itself from being probably half a mile long, I went inside and checked out the registration scene: 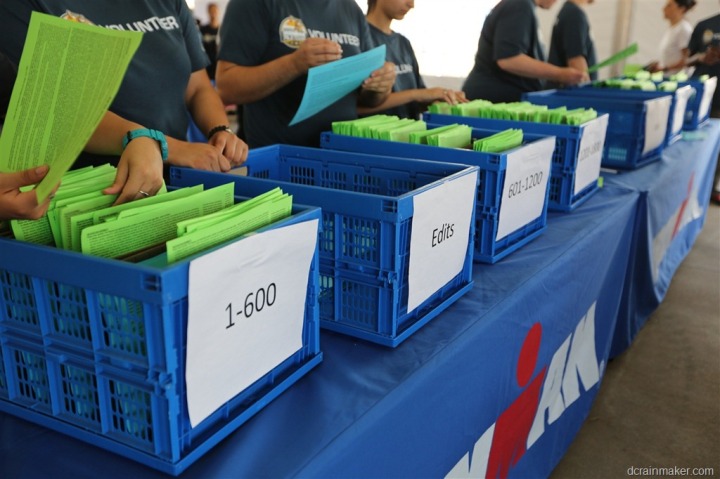 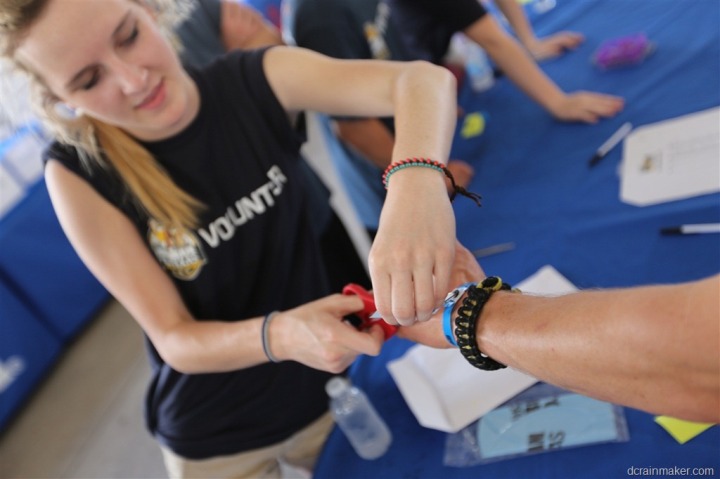 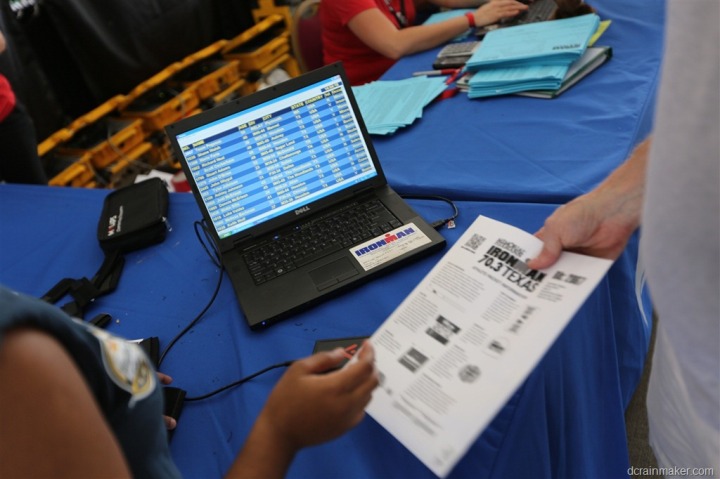 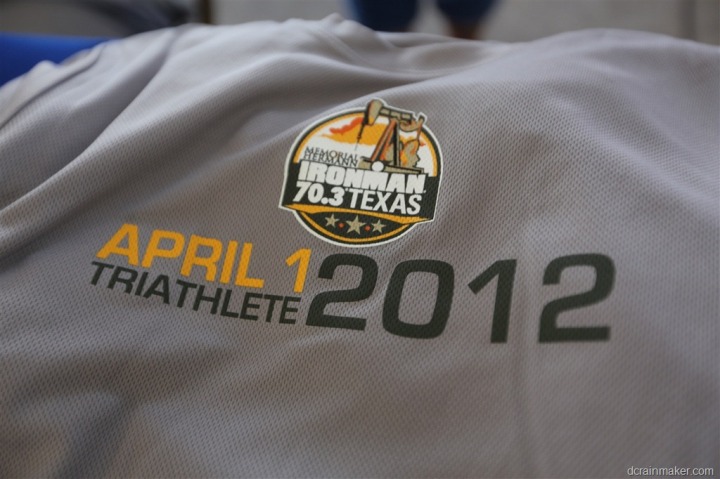 Like all WTC events, there’s a handy M-Dot branded shop at the exit of transition area.  I will give them credit in that the range of apparel for a 70.3 seemed a it better than in years past.  And, some of the designs seemed to have improved a bit. 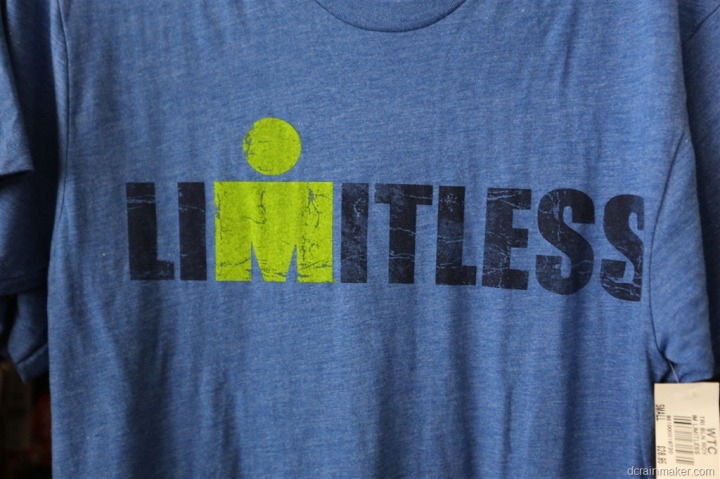 Well, to be clear – not much improvement is needed on a beer glass. 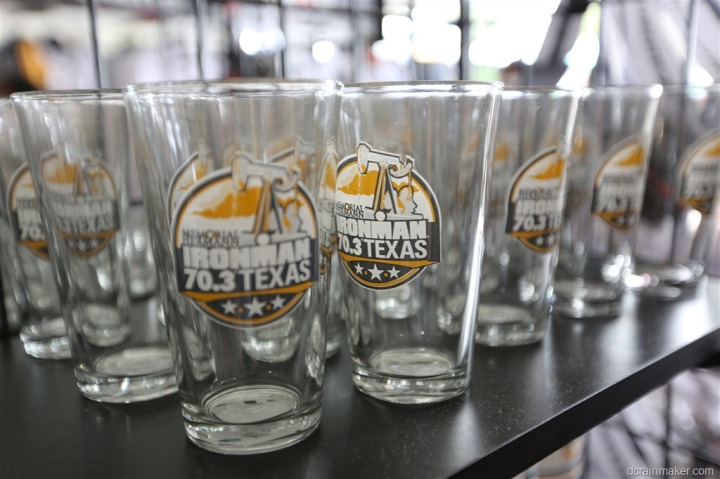 Outside, I found plenty of triathletes every-so-carefully attempting to place the bike sticker on their bikes.  None managed to do so successfully on the first shot.  Practice makes perfect. 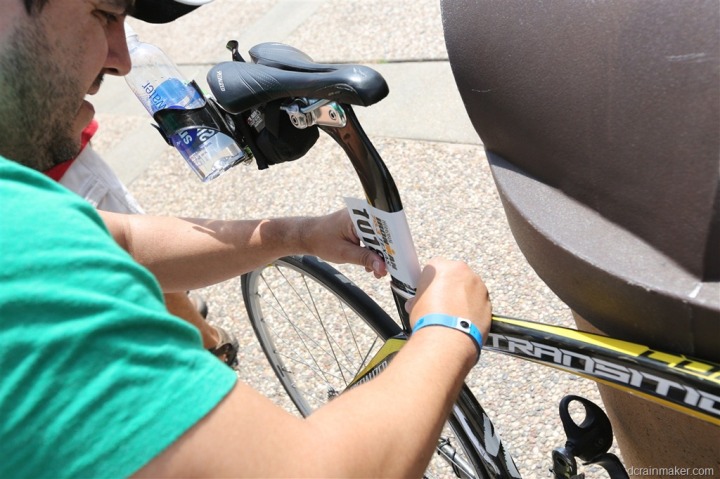 The expo was fairly large for a 70.3 event – with quite a varied number of vendors.  Was surprised to even see SRAM there with their full new SRAM RED setup.  Though, I prefer simply having it to ride at home.  Only a week left on that bike though. 🙁 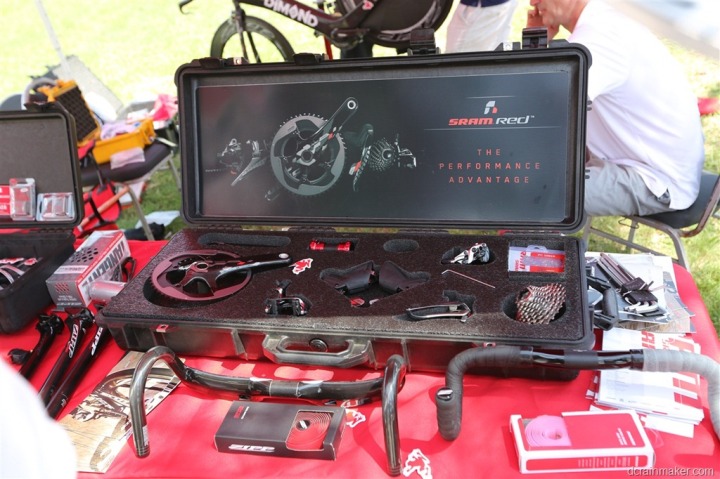 Of course, beyond that you could still get all the usual assortment of last minute triathlon items. 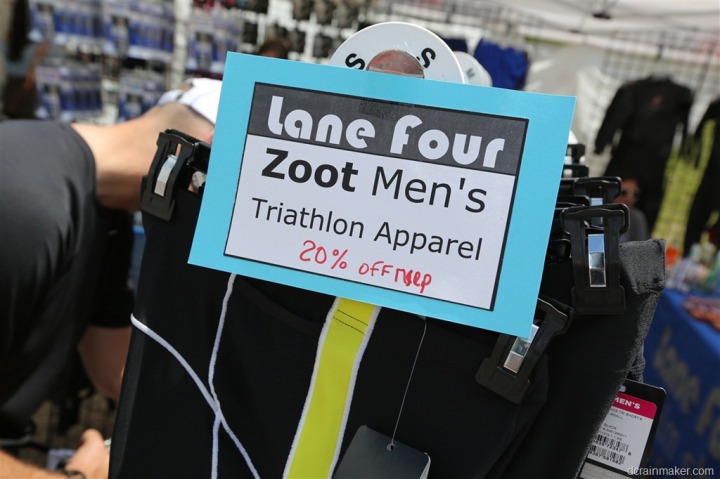 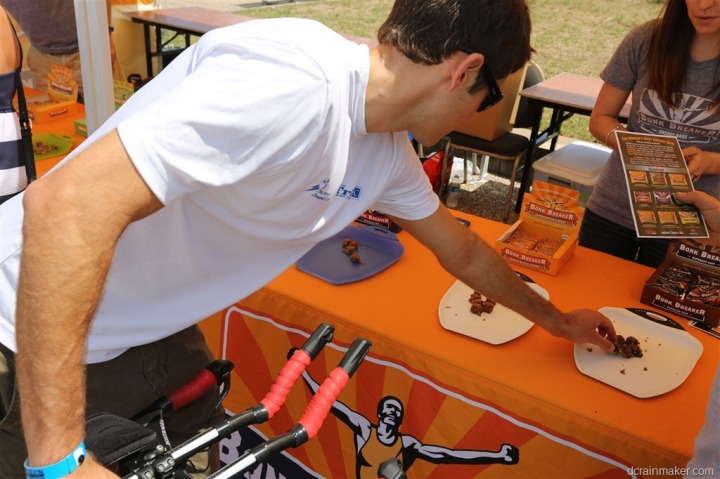 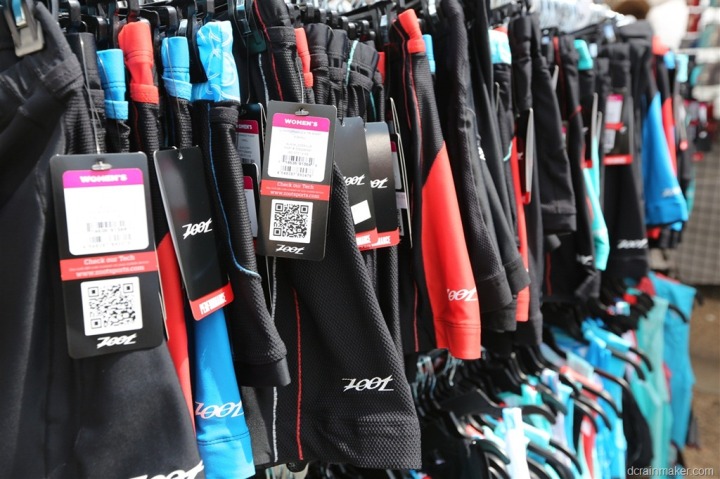 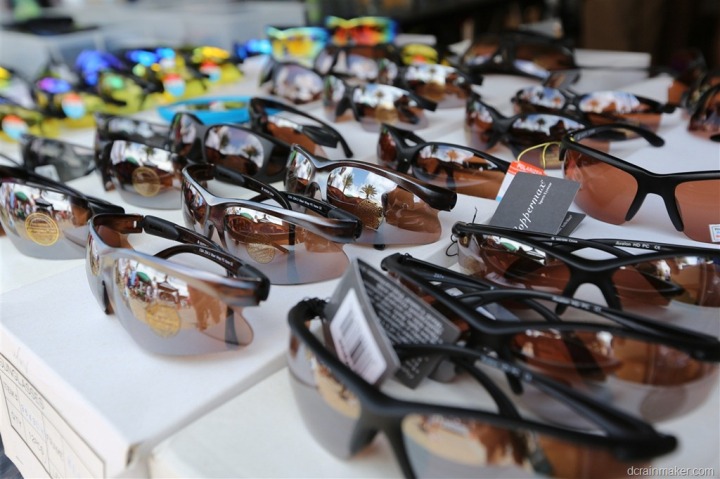 From there, it was time to head over to the 2:30PM press conference.  First, they introduced the three of the top women pros:

Caitlin Snow from the US. 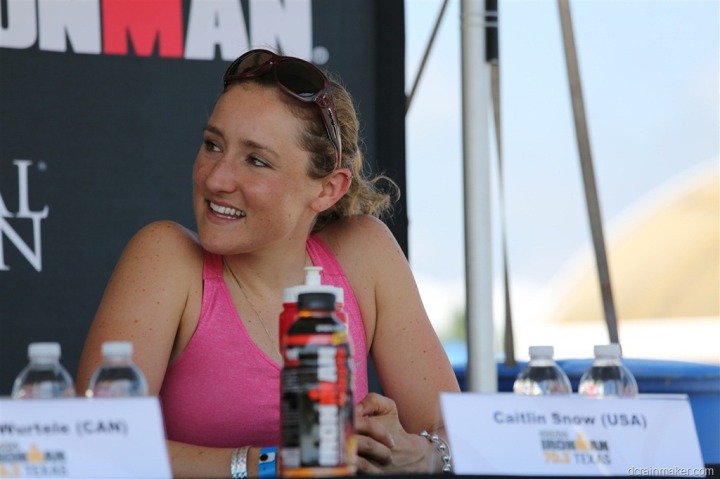 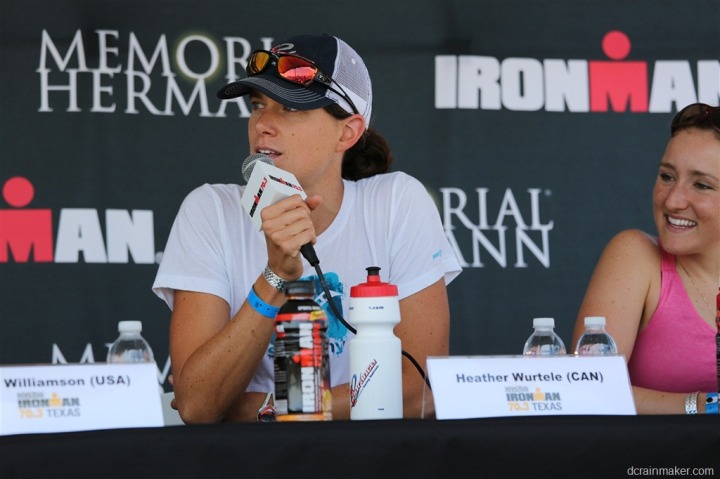 Kelly Williamson, from the US: 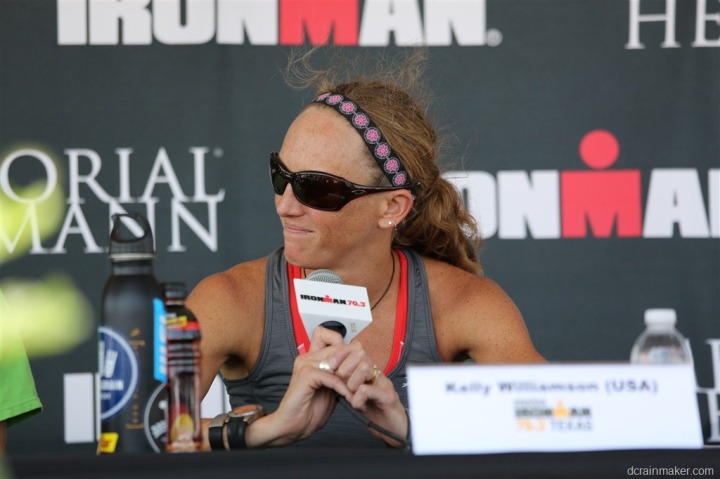 From there it was onto three of the top men, one was missing however, which would have rounded it out at four.

We had the generally pretty hilarious Marino Vanhoenacker, from Belgium.  He was fill of funny quips to answers. 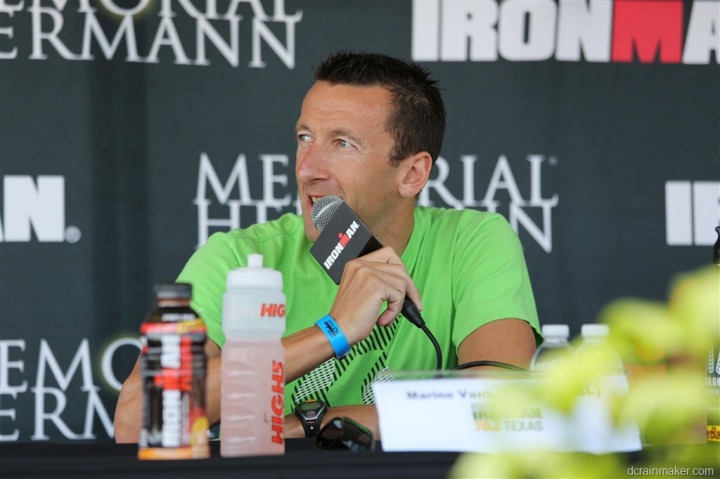 Then Tim O’Donnell from the US: 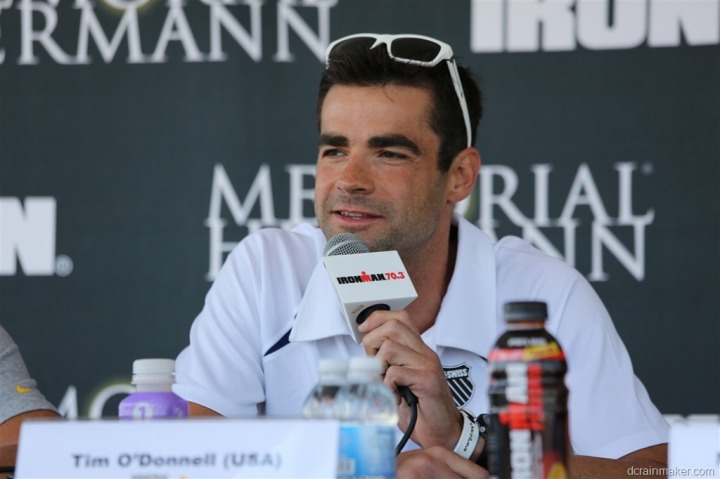 And finally, Lance Armstrong, also from the US: 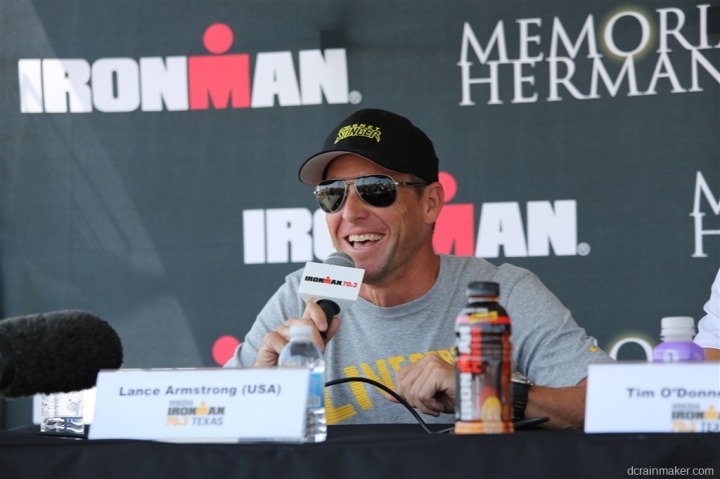 The press conference was interesting, primarily just listening to the pro athletes.  Most of the questions centered around Lance’s involvement and return to triathlon racing – though, not all of the questions were directed at Lance.  Many times they were directed at the other pros, around what they thought of Lance’s involvement.  I believe it was Marino that summed it up best in saying essentially ‘…if nothing else, he brings a crowd, and that’s good for the sport’ – referring to the packed press conference. 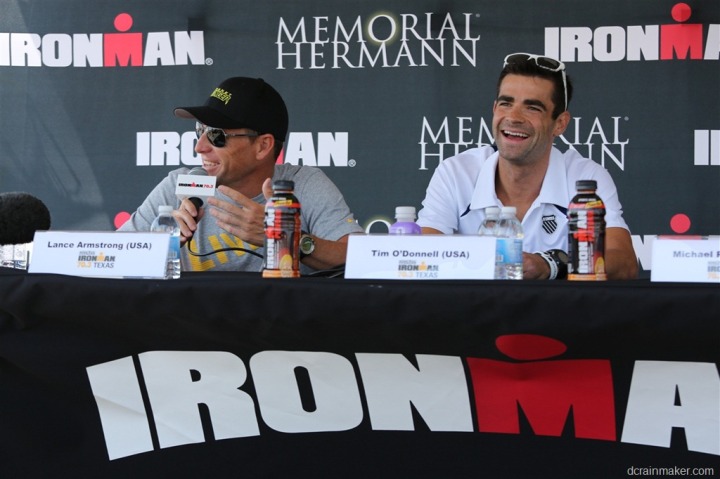 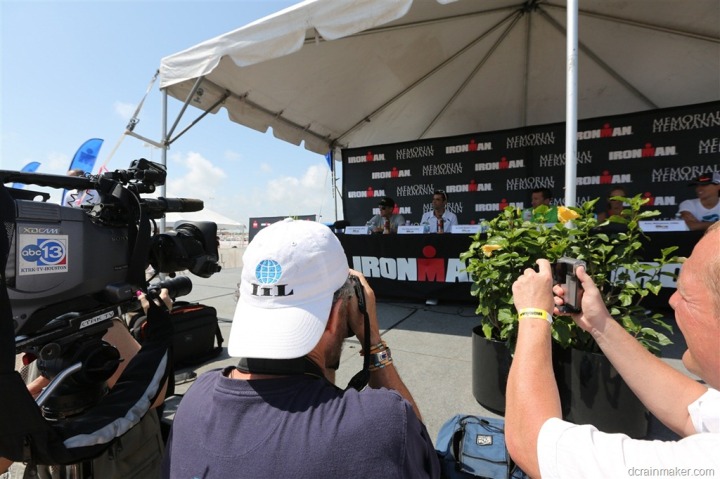 Following the primary press conference (it was split in two pieces), Lance signed some autographs (as did a few other pros).  I’ve heard he often shies away, but he signed at least 15-20 items.  Oddly enough, someone even offered up an iPhone to sign (with a sharpie).  He obliged. 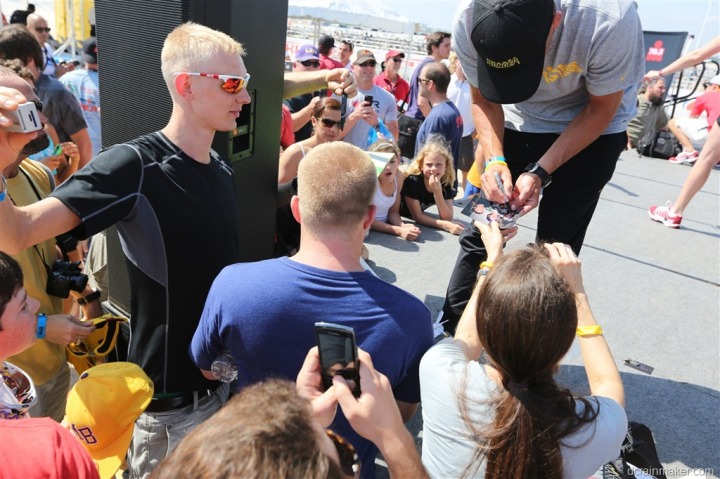 Following the primary press conference there was a secondary event with Chris Lieto, as he unveiled his sponsorship of chocolate milk as a recovery beverage in their new campaign. 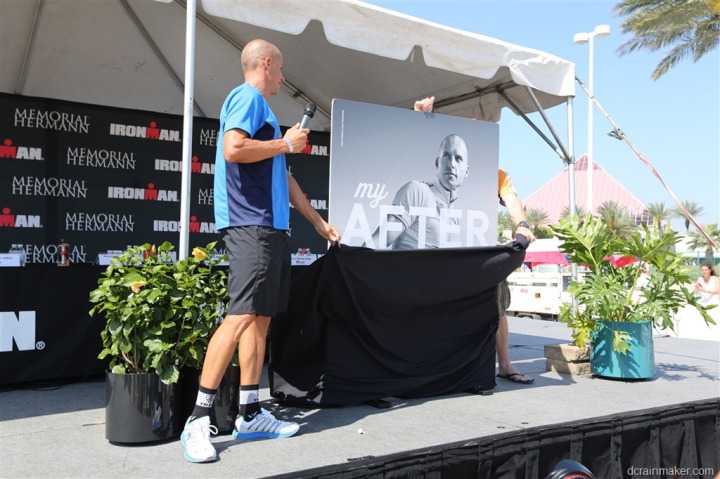 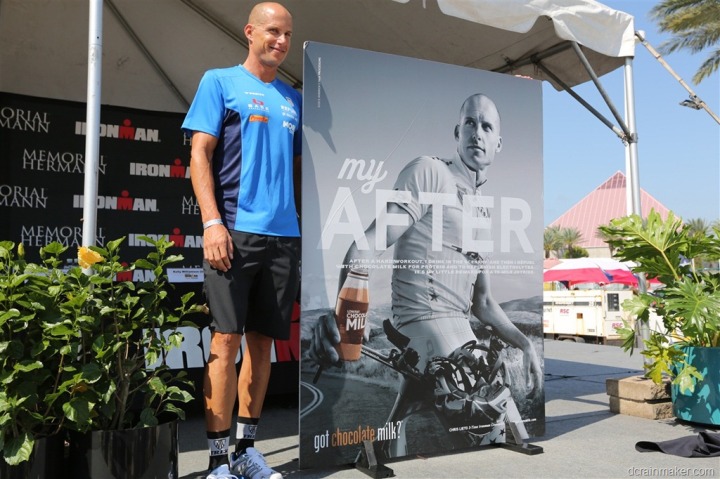 This was actually the primary reason I was down here.  The chocolate milk folks uncovered my many posts from years past about my love affair of chocolate milk as a recovery drink.  Their mistake however was thinking that they needed to send me on a spectating trip to a triathlon to get me to mention chocolate milk.  Heck, I would have continued to do that for a single coupon good for a carton of chocolate milk at my local 7-11. (Actually, I’ll give them credit as PR folks, there was no assumption implied or explicit that I write anything about their side of the event or product in exchange for wandering down to Texas.  As a general press event, virtually all press here were covering it).

After finishing up at that event, I headed down to the boardwalk to find my ride for tomorrow.  Specifically, for the run portion.  As you probably know, the best way to spectate any running race (triathlon or otherwise) is via bike.

The Galveston Island boardwalk is choke full of these bikes (two and four person models) – which Ben Greenfield and I did briefly consider as a viable team option. 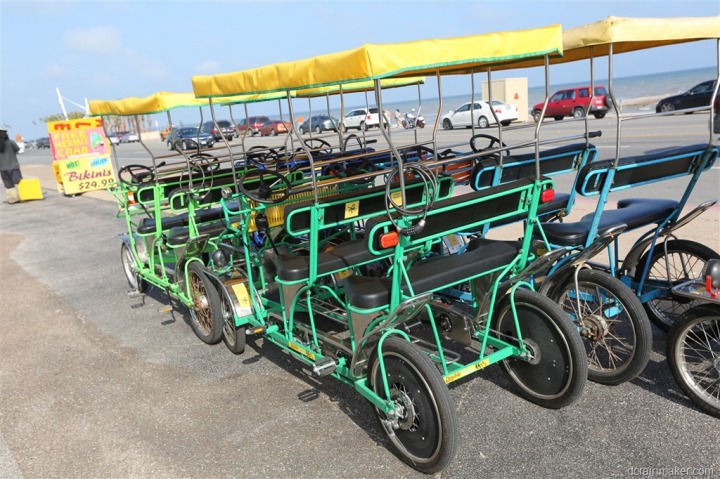 Instead though, I rented this beach cruiser for $20 for the next 24 hours.  It even came with a nifty lock.  Woohoo!  Thankfully I got the last men’s one, otherwise I would have been sportin’ a pink women’s bike. 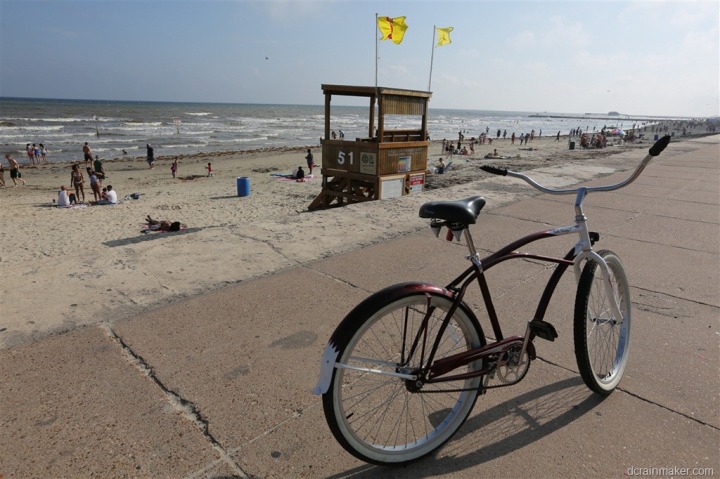 So with that – I’m all ready for tomorrow.  Look for tons more pictures of the full scene, both here, as well as throughout the day on Twitter.