Sunday I had my weekly long run, which this week stood at 15 miles, though, by next week it’ll be up to 18 miles.  I’m still trying to figure out how I got conned into my long run changing from being something like 60 minutes to…well…longer than that.  At the moment I blame The Girl.

Actually, I didn’t want to lose my base over the holidays, since playing that game back in July over my wedding/honeymoon put me a way back in terms of training.  I have significantly cut back cycling and swimming though temporarily.

Nonetheless, in order to mix things up we decided to go point to point.  So Saturday night after hanging out with The Girl’s sister in Arlington, we just left a car there – that way we could get home later.  True, we could have taken Metro back, but that would have resulted in a very cold 1.2mi post-run walk home (after 45m+ of Metro).  So, car it was.  In the summer I’ve done the Metro trick though.

At any rate, I knew I needed about 15 miles, so I cracked open MapMyRun to try and see just how close my planned route would be to the required distance. 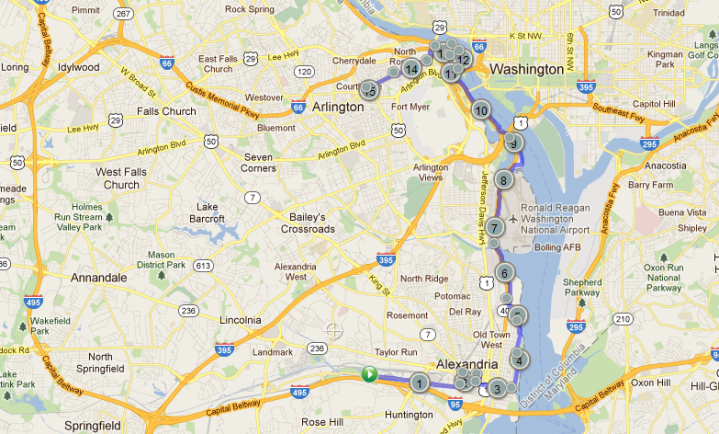 Holy cowbells!  It was spot on, like within 50 yards spot on.

So, off I went.  My route would eventually take me up along the Potomac River, past the airport, around Roosevelt Island, and then into Rosslyn and finally Clarendon. 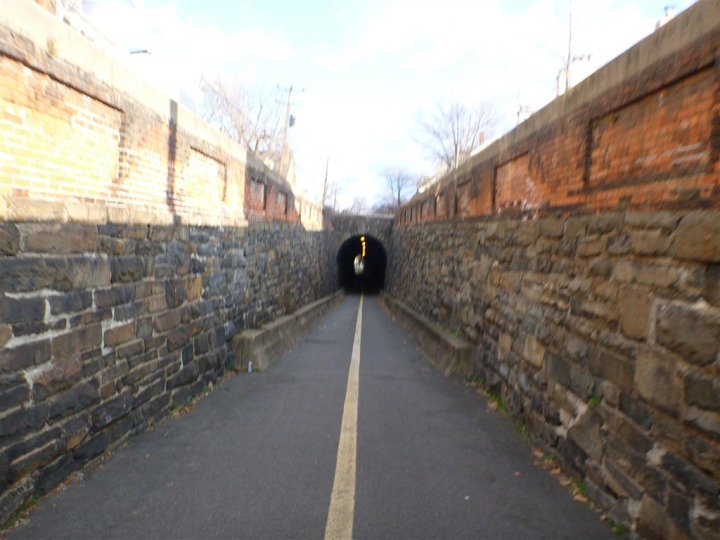 Half a dozen miles later I passed Regan National Airport.  From the running trail you only get to check out the regional jets, which do come surprisingly close to the trail itself. 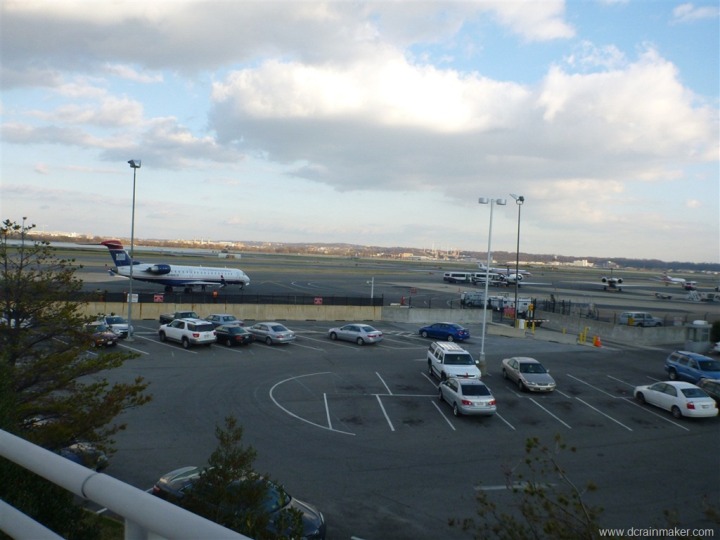 If there’s any photo that more clearly shows just how empty the trails were on this cold Sunday afternoon – it’s this shot.  On a warmer day, this would be packed with folks. 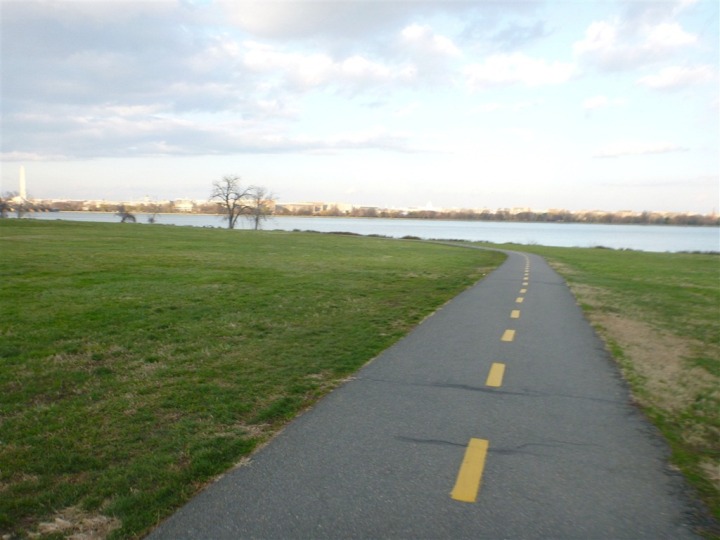 But the geese don’t have any issues with the weather.  A massive flock of them hanging out there. Behind them is the overexposed Lincoln Memorial.  Sorry for the slight fuzziness, I don’t usually stop when I take pictures – I just keep on running. 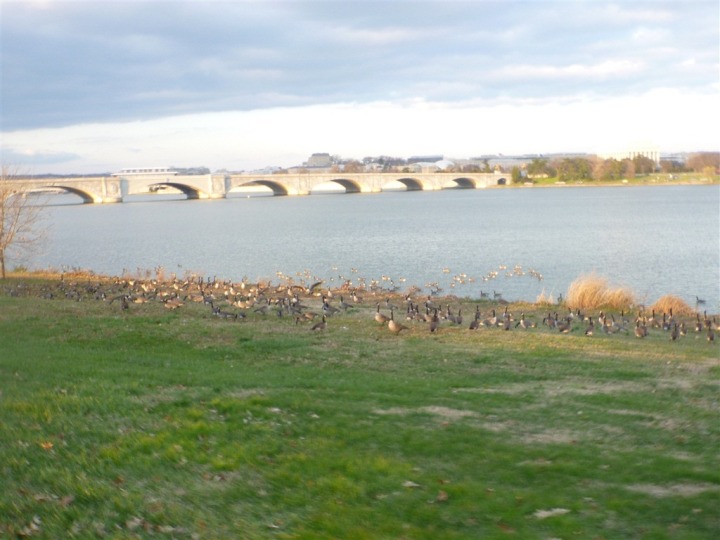 In order to get in my 15 miles, I needed about an extra 1.5 miles along the way of the point to point route.  In this case, Roosevelt Island offered the perfect distance required.  It’s a trail run, with some portions more ‘off-road’ than others. 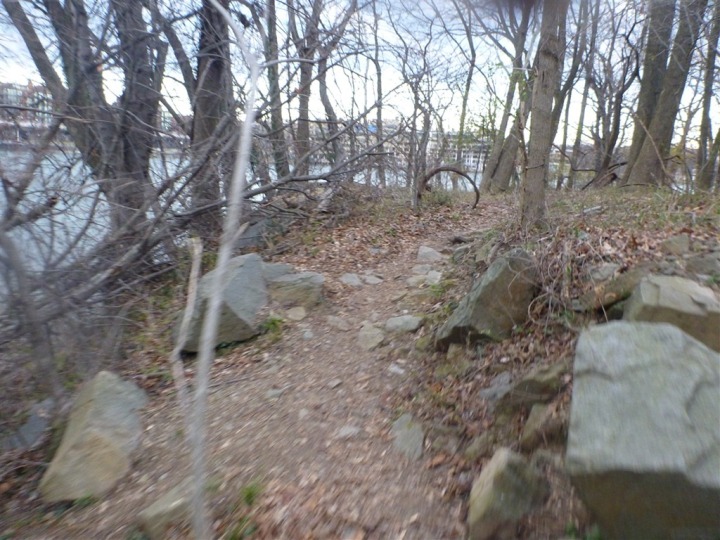 This would be the less off-road portion: 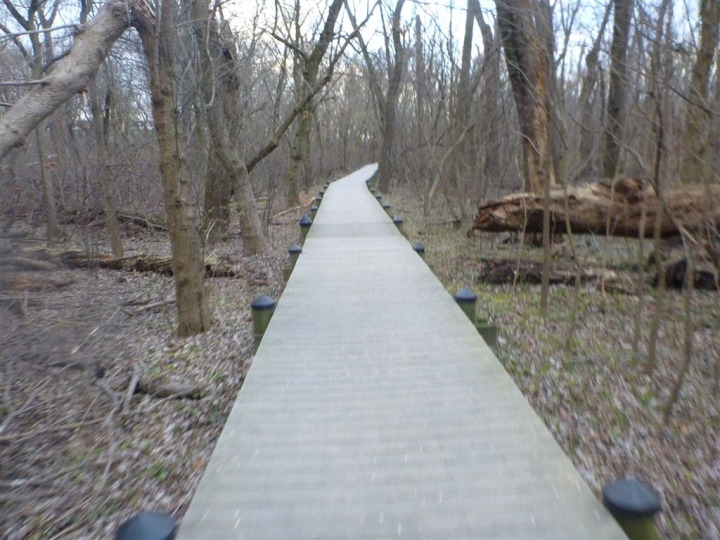 After that it was just a cool 300ft of elevation gain over the last couple miles up to the car.  Honestly, there wasn’t much fun about that.

I will point out that I’ve been using the handy Spibelt for holding gels, keys and also a credit card (I knew I’d want something to eat/drink immediately afterwards).  I’ve tried a few other pack systems, but have been happy with this one in that it doesn’t bounce.  I packed half a dozen gels into it (two of them) for the Philly Marathon last month, worked really well.  Additionally, I can fit in my little camera, and even a small giraffe (not fully grown though). 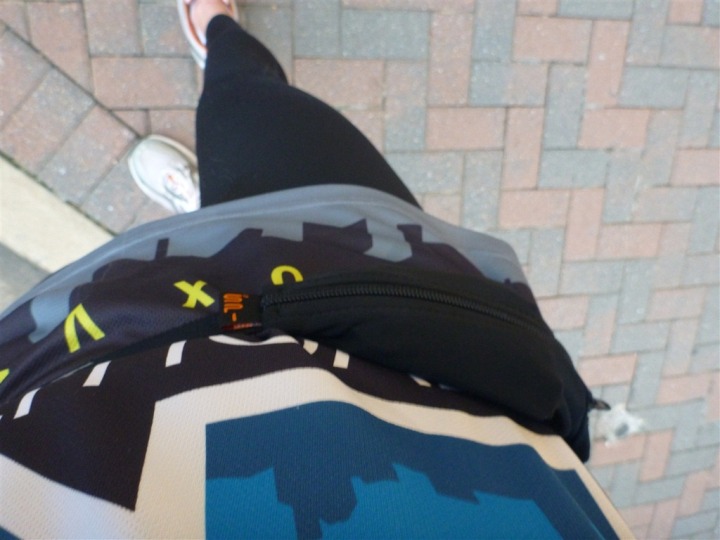 So what did I do with said credit card?  Below.

It’s one of our favorite post-run drinks.  And best of all – the Grande is only 130 calories.  Seriously!  It’s the Mocha Light Frappuccino.  Which is a chocolatey drink that’s pure awesome. 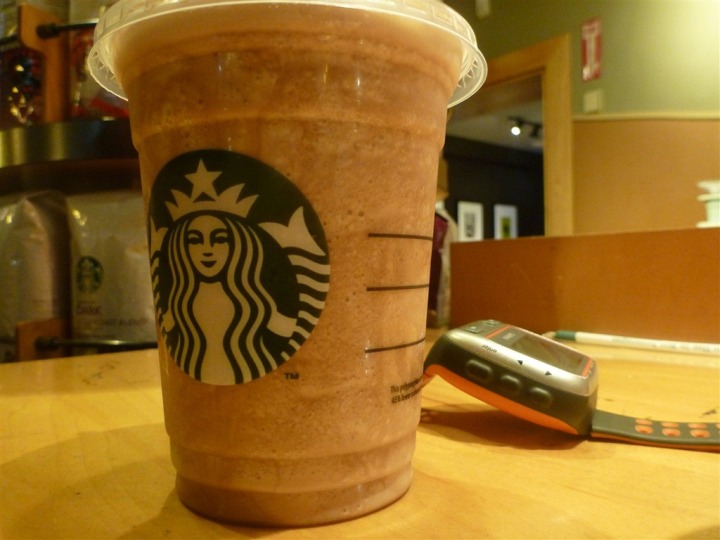 With that complete, let’s reverse to pre-run, and the unboxing of the LeMond Revolution Trainer and Power Pilot. 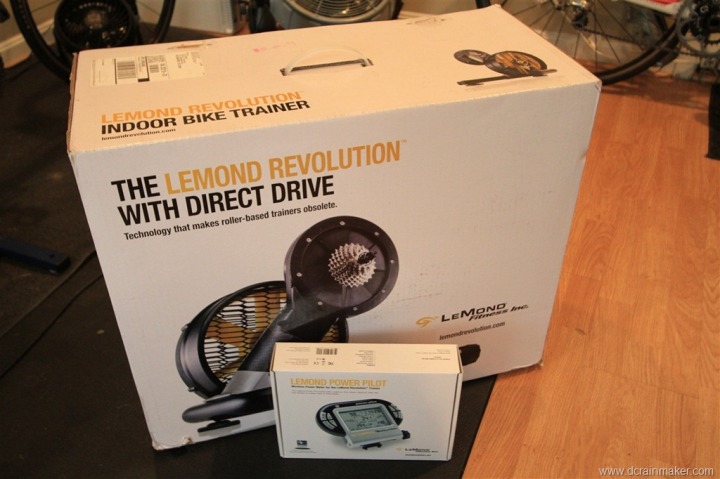 The installation required only a single hex wrench, which was included.  Oh, and a flat elevated surface.  It recommends a table.  I have no table in this room, and I was too lazy to go upstairs.  I do have a swim trainer (which is flat), but it had my bike leaning against it.  So instead, I used the couch.  Don’t worry, I carefully used a blanket to ensure it didn’t get any grease on the couch. 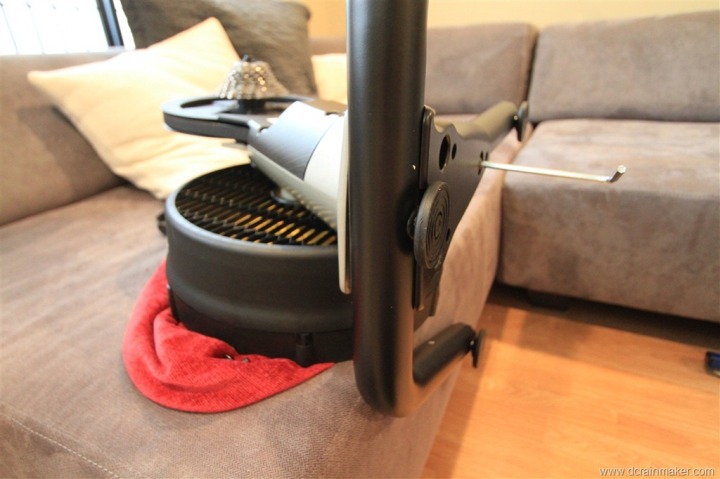 Once I added the base piece, I was pretty much set with the default non-Power Pilot install, resulting in the below: 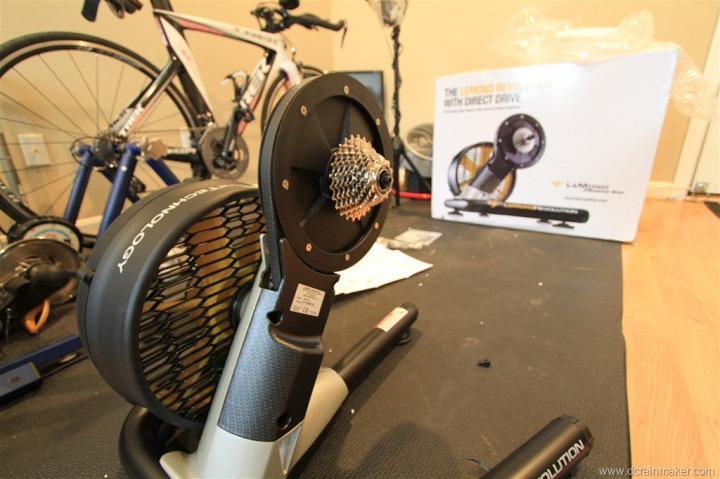 Next up was the Power Pilot, which is the controller unit that receives information from the trainer itself – including cadence, speed and power (yup, power!).  Note that it doesn’t control the trainer’s resistance however, you do that via changing gears on your bike. 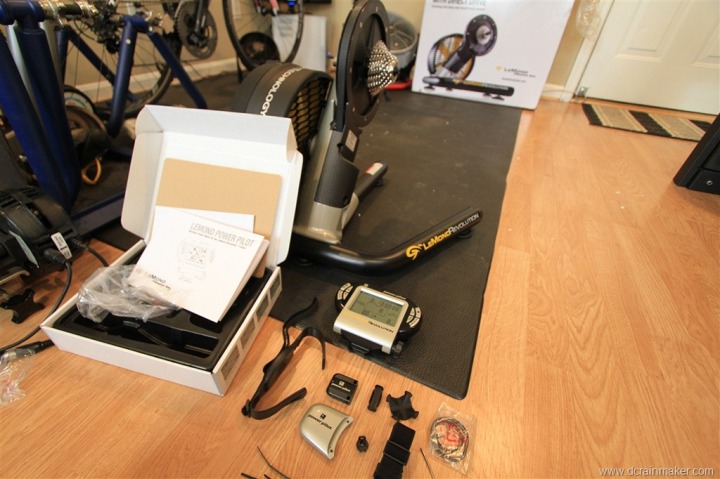 You’ll notice that the unit doesn’t have a normal resistance wheel.  Nope, instead you remove your rear wheel and use the supplied cassette to wrap your chain around – thus no trainer fairy dust!

But since I didn’t have a ride Sunday, I left that off for now – but will go ahead and get it all cooking on Monday evening for my ride then.

And yes, that would mean at the moment the room now contains: Two CompuTrainers, one CycleOps PowerBeam Pro trainer, one Tacx Bushido trainer, one LeMond Revolution trainer, and a Vasa Swim Trainer.  Oh, and a basket of shoes.

Speaking of baskets – The Girl has been crazy busy making all sorts of baked goods, most of which is being given away to neighbors, a gift basket of sorts.  But because she’s now asking for someone to sample a few things, I must stop writing immediately and attend to my duties.