Friday Tidbits (lots of them!)

All sorts of things moving and shaking around here, most of which will bubble up to the surface in the next few weeks.  In the meantime, here’s a few random notables for the week thus far.

What my iPhone history track looks like (it’s pretty awesome):

By now you’ve likely seen the front-page news about the iPhone keeping tabs on your location…forever.  It then stashes it in a little file in the phone which is also backed up to iTunes.  While the rest of the world is freaking out about this, I see it as a really cool way to check out all the places I’ve been since July 2010 (when I got this specific phone).  Or, you can always just read my travel posts. 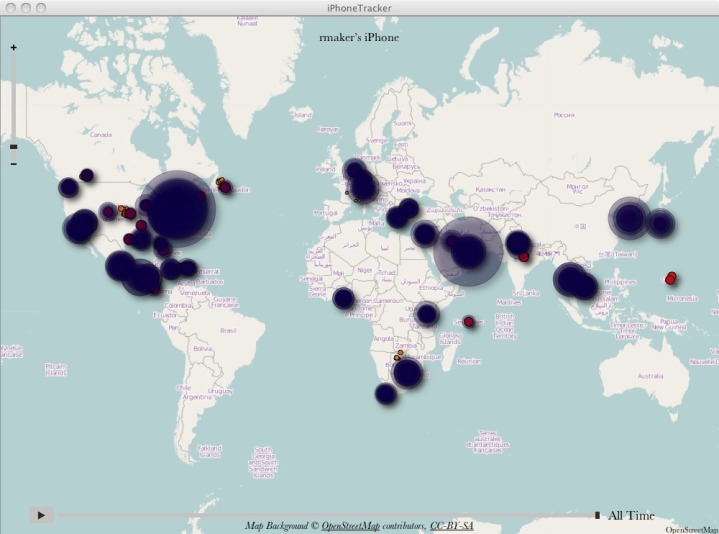 It’s actually cooler to zoom in a bit though (since the bigger bubbles somewhat obscure it all), as you’re able to see stuff like my rides on Skyline Drive, or just my general DC wanderings.  Fun stuff! 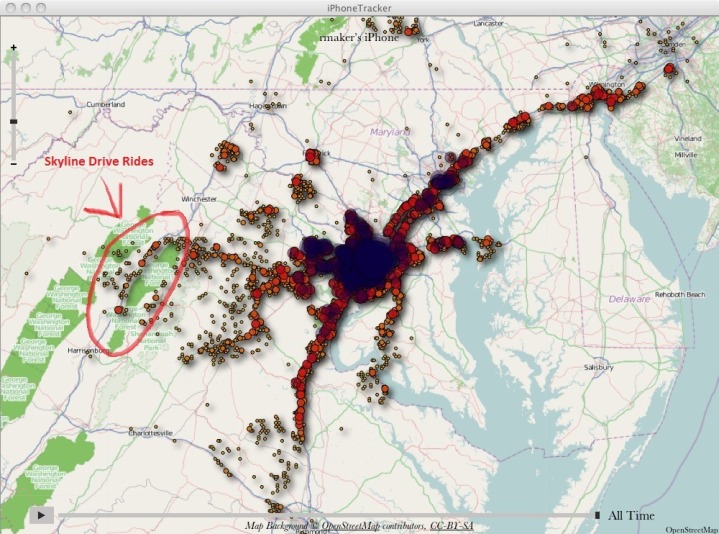 [Updated]: The Edge 800 also got the same firmware update as well the day prior, adding that option to the touchscreen device (along with a host of other updates): 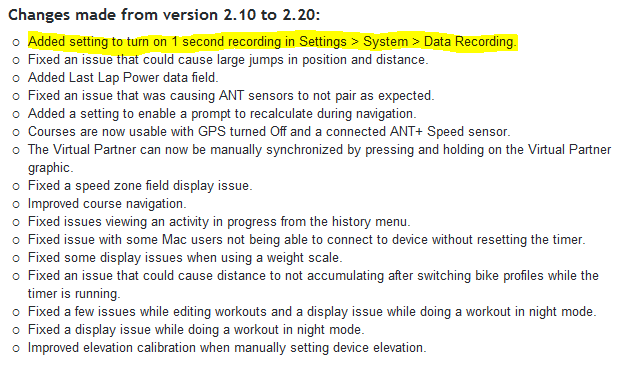 I believe you’re going to see seeing a shift across Garmin products to support 1-second recording again like it used to with the Garmin FR305.  In recent years that mode was only offered when a cycling power meter was attached, leading to recording data gap issues for many.  The recently released FR610 running watch allows you to select which recording rate you’d like.  Awesome to see this come back, and looking forward to it making it to other devices as well (looking at you, Mr. FR310XT).

I’ve been toying back and forth whether to go with the full in depth review of the Nike+ GPS Sportwatch next week, or the Garmin GTU 10 GPS Tracker (tracks live via cell service).  But I think I’ll go Nike+ instead and have the GTU the following week.  I’m really enjoying both though, for entirely different reasons.  Oh, and I’ve been doing all the Nike+ runs with another GPS device on, so I’m able to compare everything from Heart Rate readings to GPS distances. 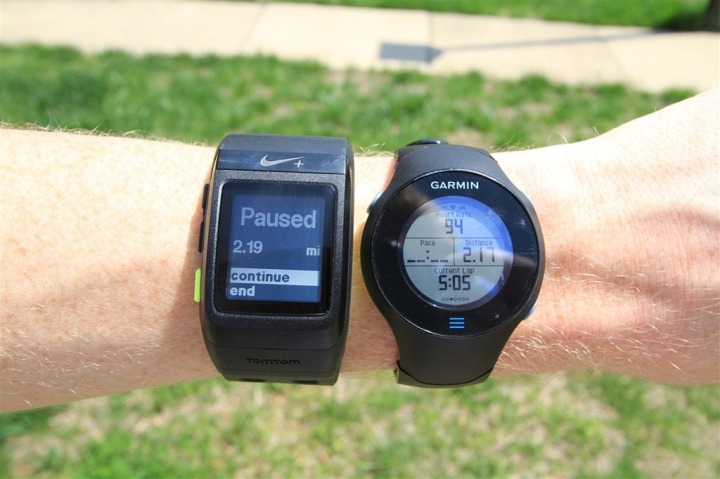 And then sometime after those two I’ll show off the new Spot Connect GPS locator (tracks via satellite) as well.  You may remember my first generation review on the original Spot Device.  This one improves on it by allowing you to pair it with your iPhone/Android and then send text messages via the satellites in areas w/o cell services.  I’ve actually been testing out the Spot Connect for a few months now since before public release, and have a pretty good feel for it. 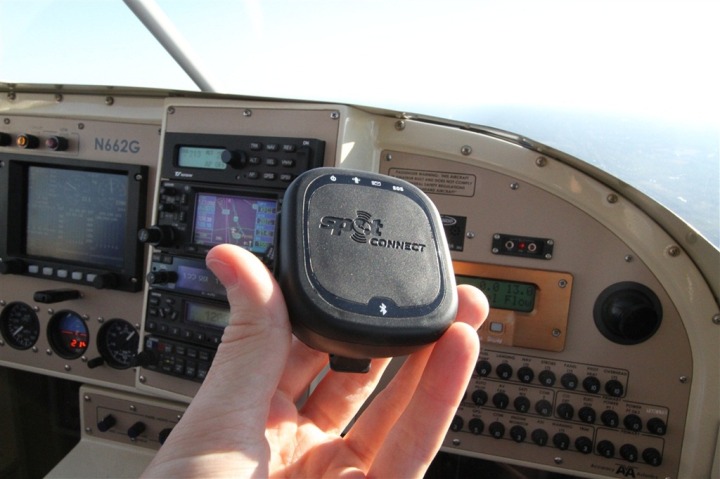 The old is apparently now the new.  As part of a bunch of graphing and UI enhancements Training Peaks now allows you to view your graphics in the old WKO+ color schemes.  Of more interest though is the ability to now do multi-pane zoom, where you can highlight one area and it zooms in a separate pane.  Some other nice updates in the mix yesterday.

Check out the little video from them below for all the details about the graphing piece:

If you’re looking for a good way to burn a bit of time, I highly suggest you wander on over to that giveaway page and read all the bunny-related/training stories.  Lots of hilarity in there…like 1,200 comments worth of hilarity.  All in the attempt to win this: 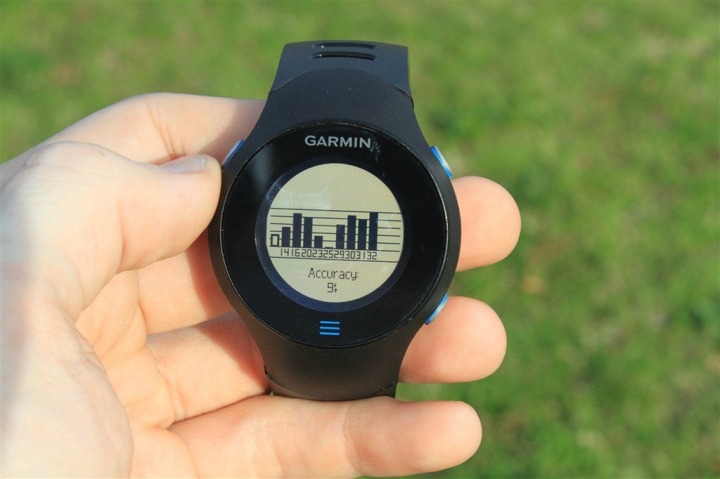 An eve at Restaurant Eve

Last night The Girl and I finally managed to get to this fairly well known place just about walking distance from the house (ok, perhaps that of an endurance-athletes walking distance anyway).  We’ve been meaning to hit it up for the better part of two years now.  The challenge was each time we’d make the reservation (which has to be done months in advance), we’d end up having to cancel for some reason or another…usually because I was out of town (see first segment in this post).

And it was completely awesome.  Here’s a couple of quick shots from 7-course night (all cell-phone pics, so not quite the normal level of photography).

One course included Stinging Nettle Agnolotti (Pasta).  Originally I thought this was Sea Nettle – you know…like a Jellyfish.  But apparently not.  Either way, it was pretty awesome.  They’re little ravioli looking things below the peas and mushrooms. 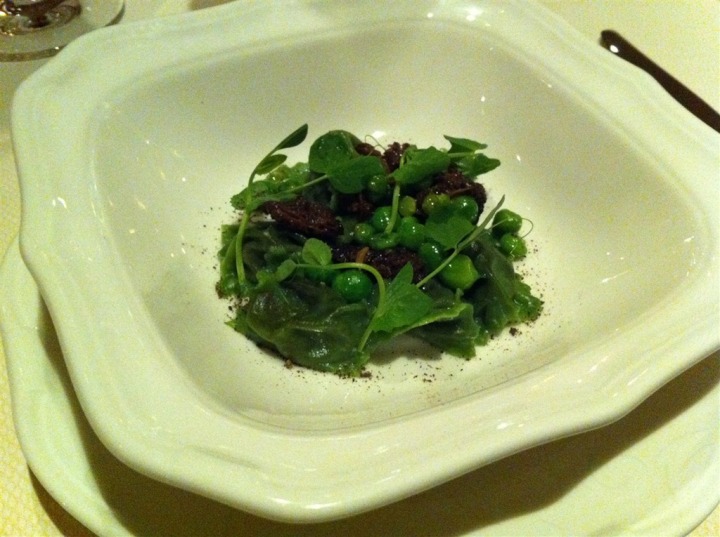 A bit of butter poached Maine Lobster with Kumquat Purée and White Asparagus Risotto.  No, I don’t know how they make this stuff up either. 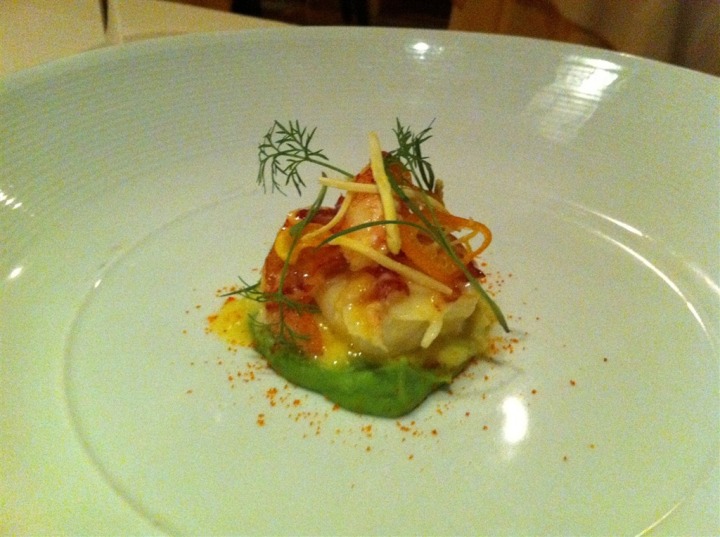 Oh…less we not forget the cheese course that included a Smoked Cubbeen with bacon purée.  Yes, that hummus lookin’ stuff is actually bacon purée.  Pure bacon-win! 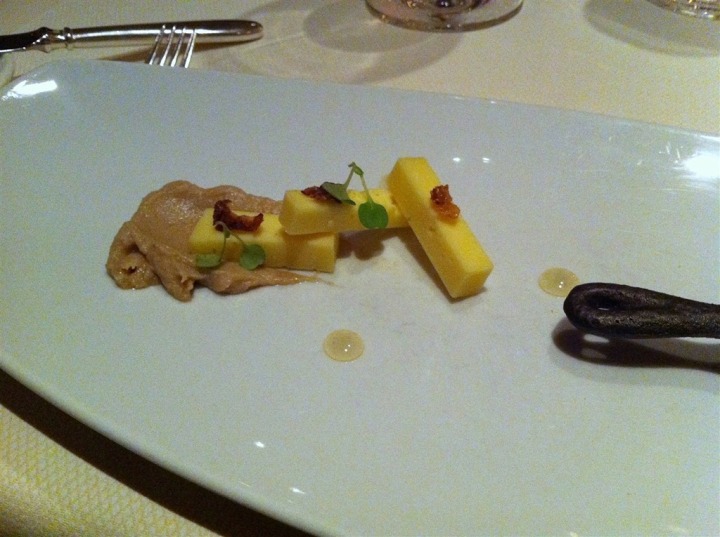