A weekend and wedding update

Sorry, let me try that again.

I haven’t had a weekend (or even a night) at home since mid-December, and prior to that…October 31st.

So what did I do with my time?

Well, first up was a run.  Turns out though – it’s really cold outside.  Like, below freezing.  Aside fro my brief foray on Thursday in the snow in Zurich – I’ve managed to avoid snowy runs for the better part of almost 2 months now – purely by staying OUT of the country.  So while there wasn’t any snow…it was still freezing.

My easy weather gauge (looking across the street at the river) – showed me it was frozen.  Frozen river = damn cold. 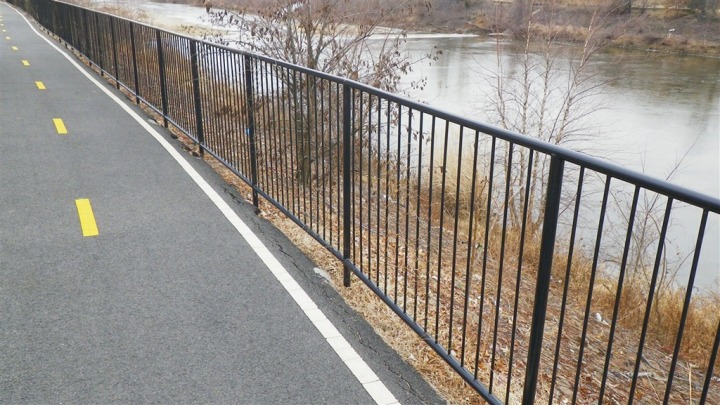 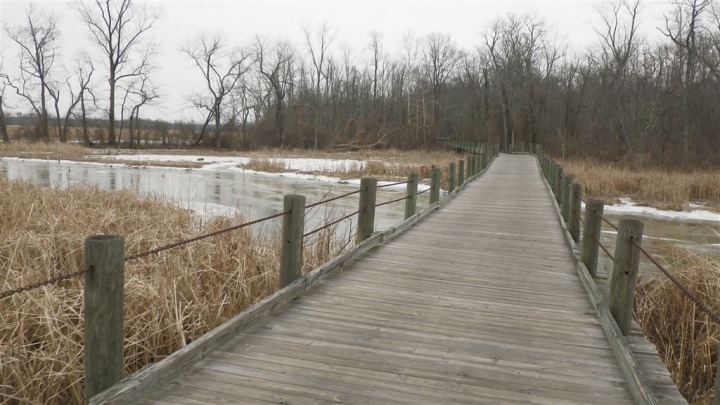 I ran about 8 miles mostly along the Potomac River, one way to the pool.  I met The Girl there though for our swim, so I didn’t have to run back home. 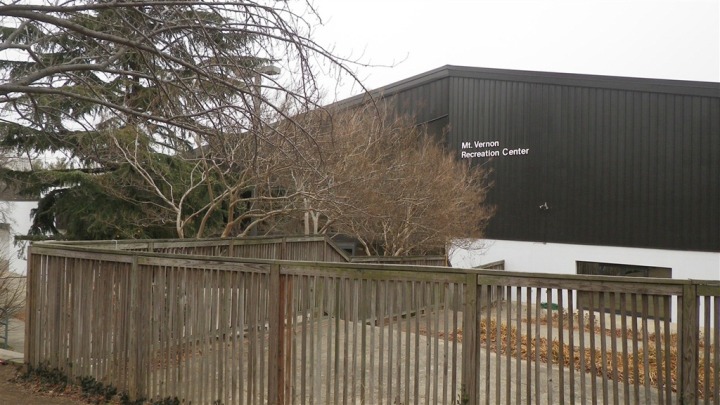 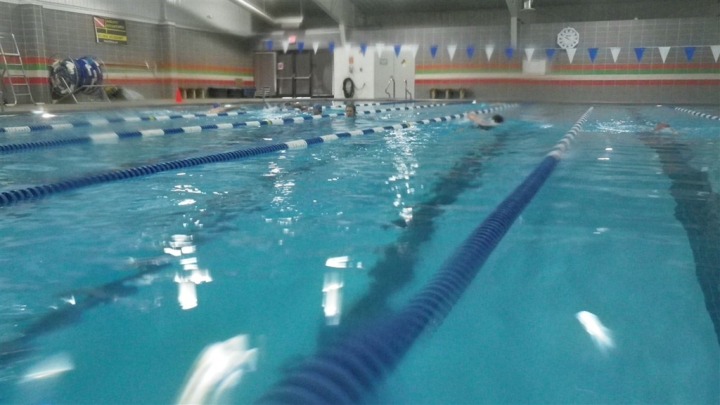 Once at the pool I had a nice easy 2,500y swim to get in.  With minimal pool time over the last few minutes due to lack of pools, I’m building back up – though, it should ramp up pretty quickly.

I used the Swimsense watch again today – and based on my mental math and workout math – it did record everything correctly, which is good.  And, I was quite happy with my fastest 50 yard time of 37 seconds – not bad for the first pool interval I’ve done since…uhh…long time. 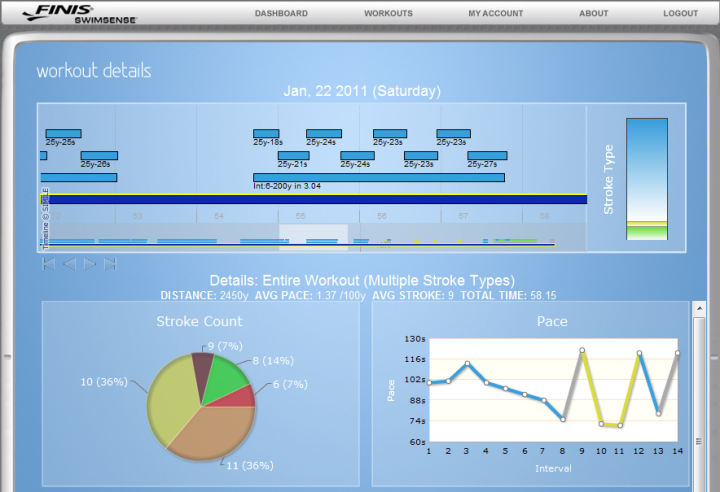 Today (Sunday) I had a bike to knock out…but, if you reference the first part of my post you’ll note it’s cold outside.  And I’m feeling rather wimpy right now and decided to just do it on the trainer.

Actually, it’s not really the cold that annoys me – but rather the whole process of getting ready for a cold ride.  If I’ve got a cold ride to do, the length of time of the ride should far exceed how long it actually takes to get ready.  And today, it may not have.

Thus, I stayed inside today.  Which gave me an excuse to play with some toys.

I’ve been toying around lately with a new iPad app coming out soon (EZ-TRAINER) that utilizes the Wahoo Fitness iPhone/iPad/iPod ANT+ sensor to stream your HR/Power/Speed/Cadence data to the iPad, and then also allow you to underlay videos on it.  The goal here being to allow you to watch media/videos/etc with key workout metrics overlaid… more so than just being another ANT+ recording device. 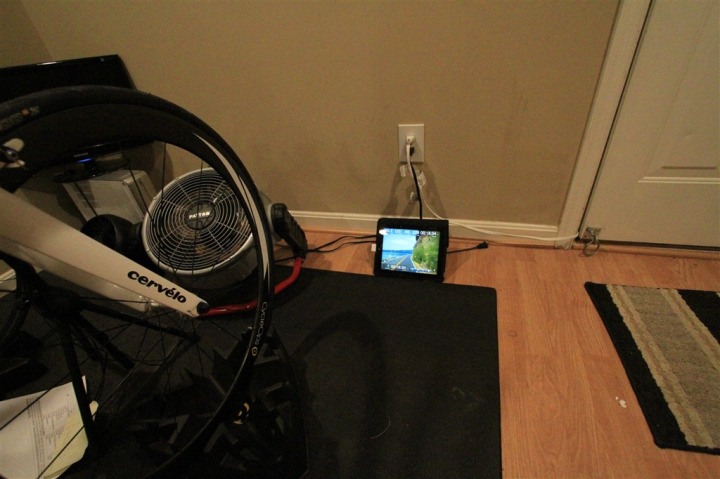 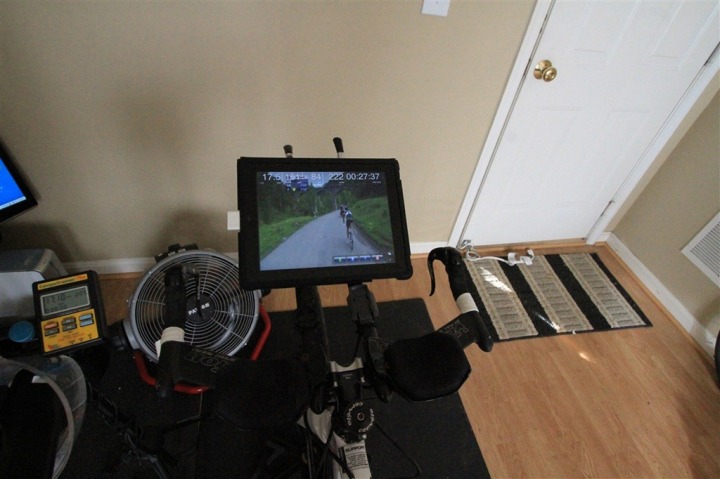 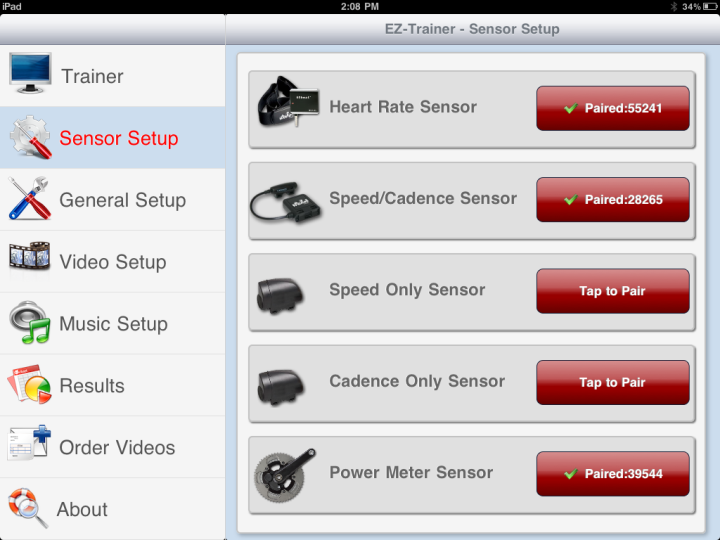 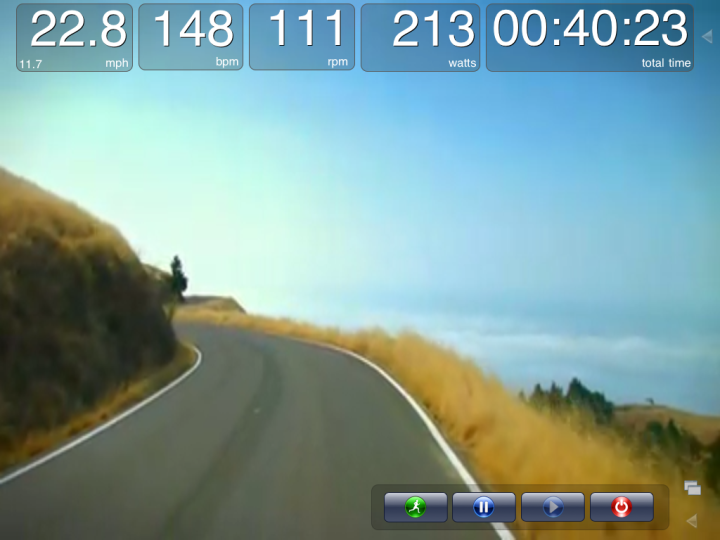 What’s cool here is that I could actually create my own little road video and then save it and ride it on the app.  Or, I can just play any other video I see fit on it – including some that are cycling specific.  Whatever floats my boat really.  You can control the iPad using an iPhone App he’s made that rides atop Bluetooth to control it all.

I’ll talk more about this in the coming weeks once it hits the AppStore.  For now, I figured I’d show it off a bit (or you can check out the video).  What’s even cooler is the developer literally just lives down the street from me.  Always like supporting the home team.

And finally…some of you asked how the wedding planning is going.  It’s going!  While the formal invitations came in earlier this week and are on their way out tomorrow, here’s the Save the Date’s that went out back a few months ago: 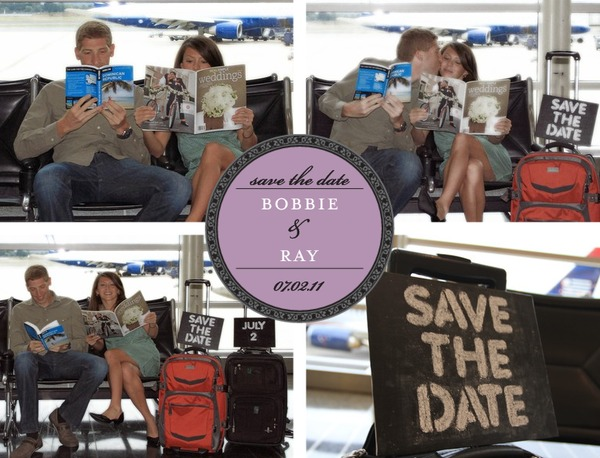 We took all the photos ourselves at Regan National Airport back in the fall (we even made those chalk boards ourselves).  We’re really happy with how they came out, and the whole thing was pretty entertaining taking them in the airport.

This evening though was spent with loads of envelopes, stamps, labels and all sorts of other mail goodness. 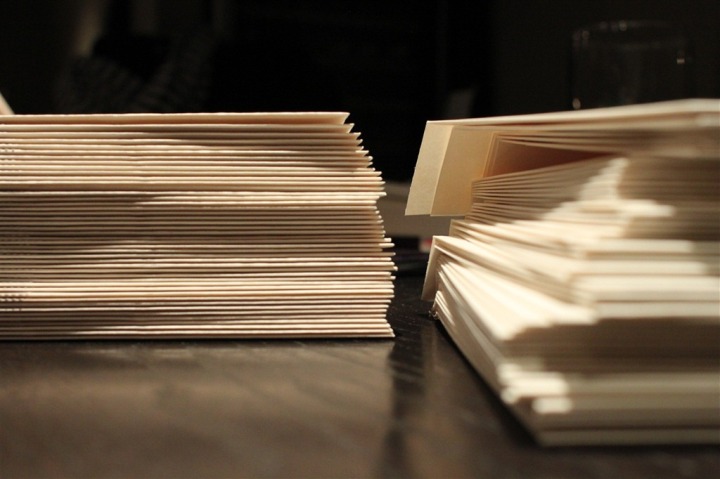 Well, actually, after hours of applying labels, stamps and what-not – I was generally not feeling the mail goodness vibe as much.  I’m all enveloped out!  It’s hard work! 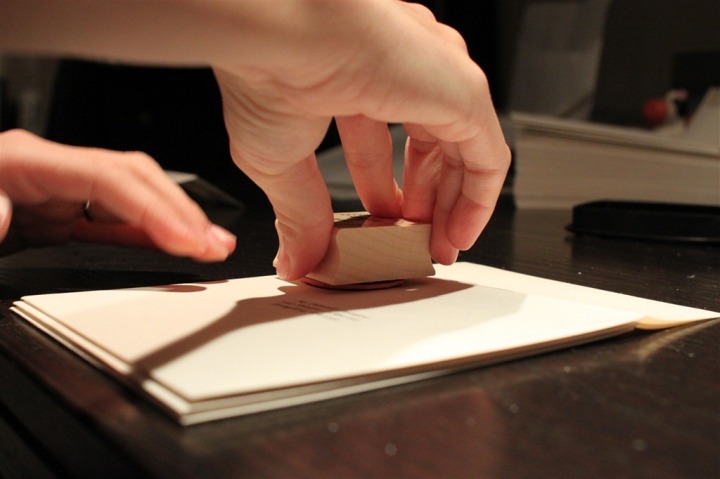 We’ll largely be keeping much of the preparation under wraps until the wedding.  It’s scheduled for next July, in a location not near Washington DC – and should be amazing.  The honeymoon? Heck…I can only plan one trip at a time before I internally combust.  But, I can guarantee it’ll be somewhere warm.