A very short trip to Jamaica

October 1, 2010 by DC Rainmaker|Central and South America, Mexico, and the Caribbean » Travel|Comments (0)

After leaving Canada and the ANT+ Symposium on Wednesday (well, technically Thursday I suppose) I caught a few flights that eventually had me descending into the very water logged Kingston, Jamaica.  As is the case in many of the destinations I travel to for work, Kingston isn’t exactly a beach haven.  In many ways it’s like my recent trip to Santo Domingo, Dominican Republic: Both are capitol cities on Caribbean islands, both countries have very popular tourist destinations…but neither is a popular tourist city.

Immediately upon landing, there was scattered applause across the plane…before it erupted into a full blown hearty round of clapping once the plane had slowed enough to validate we would remain on the runway.  Kingston has a bit of a recent history with commercial airliners using more than the prescribed runway space during rainstorms.

At any rate, we soon found our gate and deplaned. 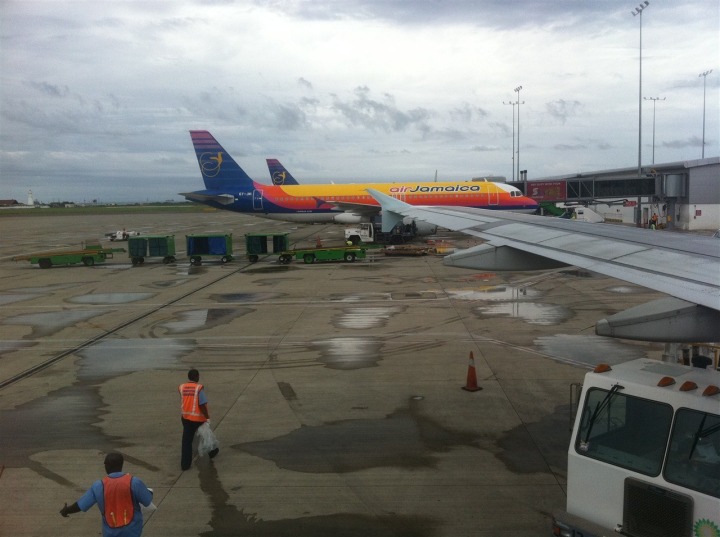 After a bit of confusing around money exchanging (yes, I an American want to offload Canadian money for local currency…), I was all set to find a taxi and head straight to the office.  It was during this process that a driver with my name on a sign caught my attention.  Apparently I had missed the memo that someone was picking me up.  And it’s a good thing I found him before I caught a taxi to the office, as he informed me that because of the recent tropical storm the office was closed due to washed out roads.

So I went to the hotel instead.  Where I’ve been doing a bit of catch-up work…but generally just waiting out the storm.  And ordering room service.  Turns out that I had forgotten just how dang spicy Jerk Chicken is.  This simple chicken wrap I think just about killed me. 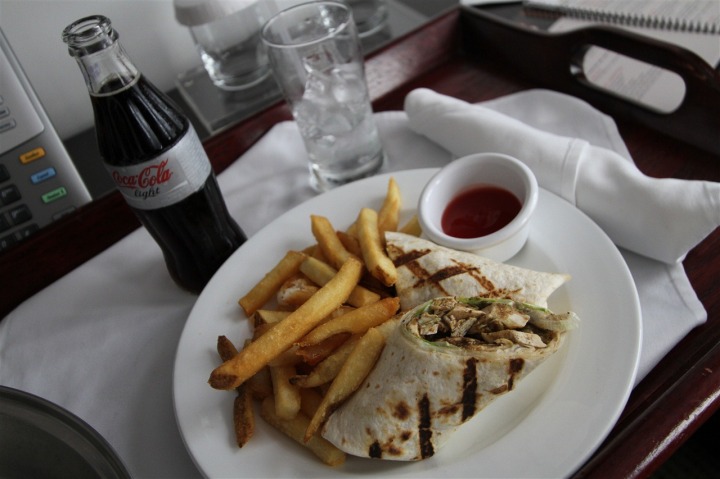 There really isn’t much for a tourist to do in Kingston after hours, especially when it’s raining out.  It’s fairly industrial and business in nature, as you can see below the view from my hotel in the center of town: 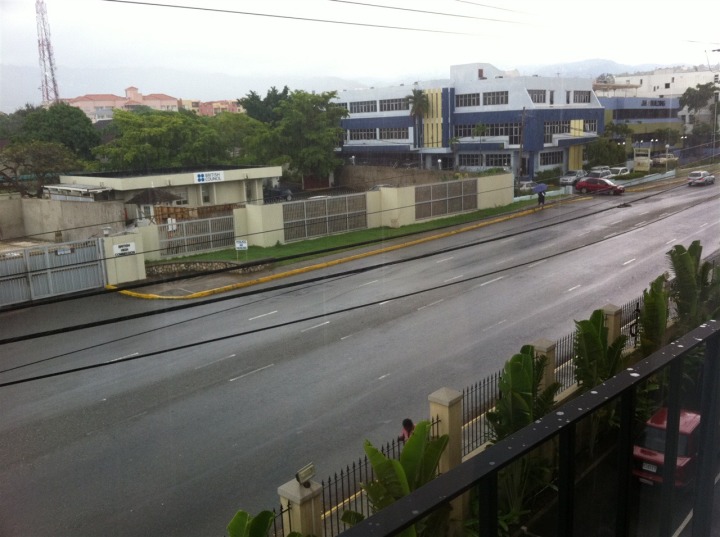 In theory it looks like Friday morning I’ll get to start early and then still hopefully catch my 12:30PM flight back to the states.  After all, it would kinda suck to miss my last triathlon of the season on Saturday morning – the Giant Acorn Olympic Distance Race.

If you’re out there…see ya there!  And have a good weekend!