Lacking the time or thought capabilities to put together a solid and lengthy post, I present you many little tidbits…

Garmin FR-60:
I can’t remember if I mentioned this or not, but Garmin sent me out a FR-60 running/cycling watch to review.  Actually, it was at my request.  I had requested it because of the BC-1000 I’m also reviewing (see below).  Anyway, I’ve been using it since before Christmas, and thus far I really really really like it.  Like, almost more than the Garmin 310XT type like it.  Now, it’s a different type of watch than the 310XT.  For starters, it looks like a normal watch (way smaller than the Garmin 405 for example).  Secondly, it doesn’t have GPS, but does utilize a foot-pod and cadence sensor(s) for run and bike distance measuring.  Thirdly, it’s a lot cheaper. 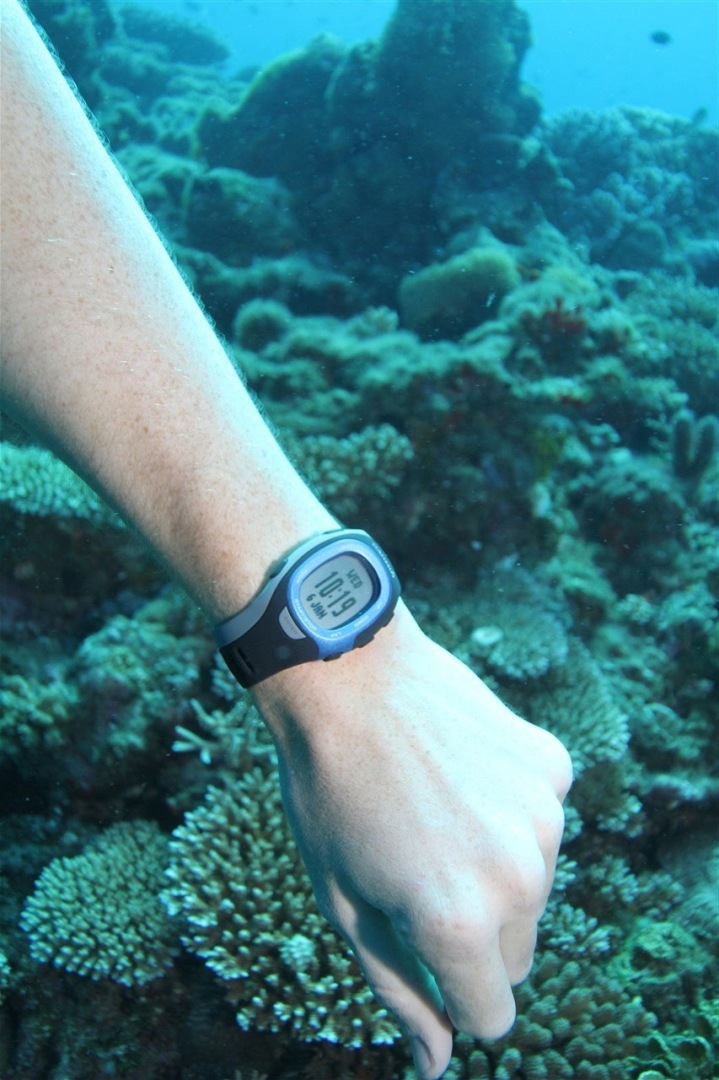 (Ok, the only ‘activity’ picture I have handy at the moment is actually from scuba diving with it in the Maldives…go figure.  I needs to get on the ball with pics for the review…)

But, the reason I really like it, is the battery lasts a YEAR.  Yes, a year – no charging daily.  To me, it’s my normal every day watch, to the pool, to the grocery store, everywhere.  Oh, and because I usually always wear running shoes 100% of the time anyway, it makes it super easy to simply turn on and track how many miles I walk in a given day (or on a given trip).  Anyway…a detailed review is forthcoming in the next few weeks probably.

Interesting series on weight loss:
If you don’t follow the Sports Scientist blog, you should.  For one, they’re really smart.  And two, they’re really really smart.  They’re two sports related PhD’s that talk through a lot of sports and performance type things, often focusing on elite athletics, but occasionally bringing it back to the masses.  In this case, they’ve been posting an cool series on weight loss in the generic sense, but also tying it with how it affects performance athletics.

This is interesting because (in my mind) there are so many crappy books and diet plans out there, and these guys help to really understand the science behind many of the faux-diets and the realities of how the human body works.  It’s also interesting because they talk to how both simple and complex weight loss is and can be.  Here’s a tiny intro snippet:

Anyways, check them out here…good stuff.

Tanita BC-1000:
I know I did mention this at some point…Back before Christmas I got the Tanita folks to send over a BC-1000 to test out and write up a review.  I’ve been getting into the groove of using it since returning back to this continent.

It’s a pretty cool device.  It syncs wirelessly to the Garmin FR-60 and 310XT, and also then sends to the data to Garmin Connect, which then shows up as below: 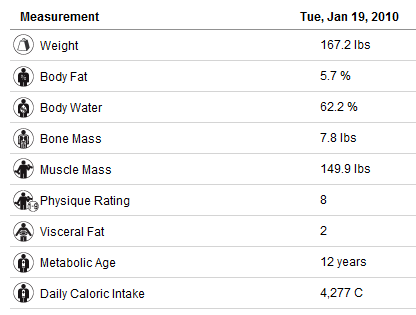 Like the Garmin FR-60 review, this review in the works as well and also inbound in the next 2-3 weeks.  Want to use it for a solid month post-coming back from travel before I give ya’ll my thoughts on it.

Sunset Hills:
Today was a double workout day.  In some ways, it’s the most difficult day I have in the course of the week.  Not necessarily from a pure workout difficulty standpoint, but from a time and energy balance perspective on a weekday.

Earlier in the morning I knocked out an hour long swim, which included lots of 50’s, and a handful of 25’s.  I even managed to squeak one more second off my 25y pace from last week, down to 14s.  Though, they are always at the very end of the work, and with a pull buoy, so a bit slower than I could probably do if fresh.  But I’m making progress on short speed – which is important for a season focused on short course… 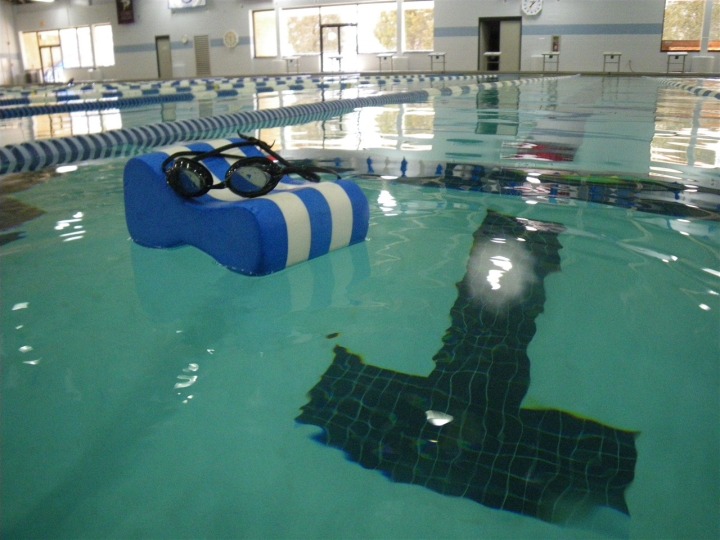 After work I set out into the sunset for my hill workout. 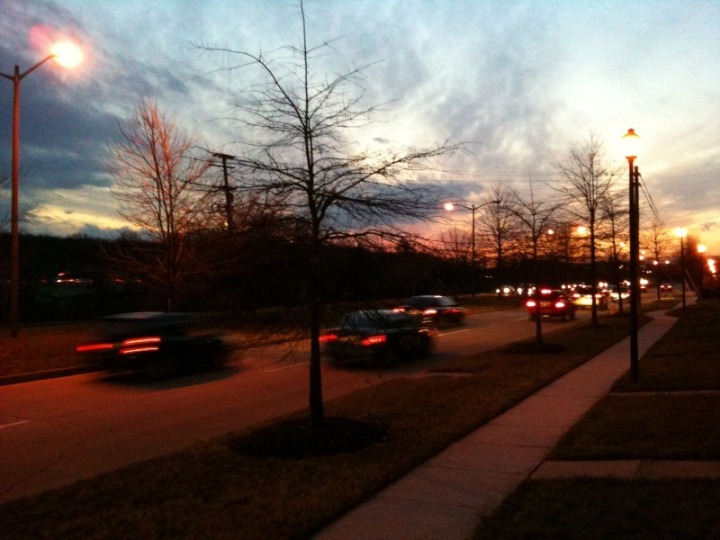 While this workout is supposed to be on a treadmill, this time of year I’m not even going to bother trying to go to the gym and getting a treadmill for 80 minutes.  Just not possible with 20 and 30 minute time limits on equipment, and everyone there knocking down New Years resolutions.  I’ve been poking around a bit to try and find a good deal on a used treadmill on Craigslist, but alas I should have done that months ago – not now when everyone is buying them to use twice before reselling them.
So I instead just ran to the nice mile long hill right near my place.  This time my graphs turned out really damn pretty.  Like, super pretty.  Even Coach Alan said so:

Post hills there’s only one thing to replenish those 1,000+ calories lost… A 1,000 calorie burrito, from Chipotle.  Woot! 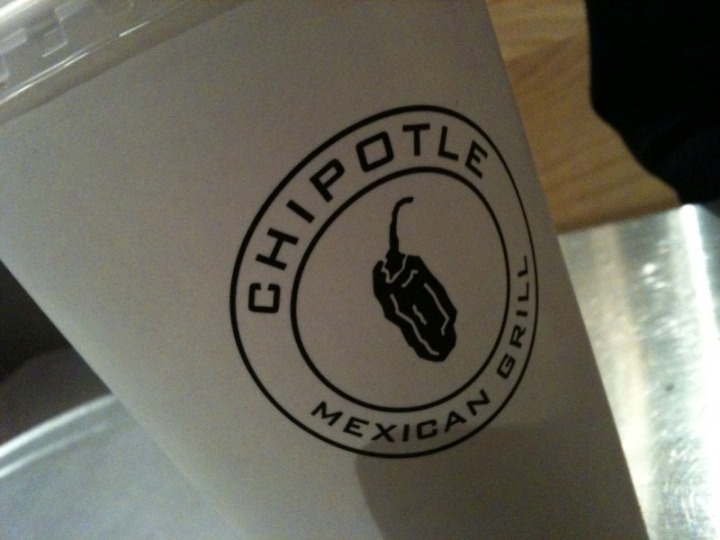