Upon returning back to this continent, my coach decided the best way to get me back into the rhythm was to not tell me what’s going to happen next.  Sorta like “You can’t run from the pain if you don’t know it’s coming”.

So Monday through Thursday were all normal ‘one a day’ workouts – and I received the workouts about 12 hours in advance of doing them.  Run, Swim, Bike, Run.

Actually, Tuesday brought forth a gazillion pages of new swim workout drills from the coach.  I laid them all out on my floor before heading to the pool. 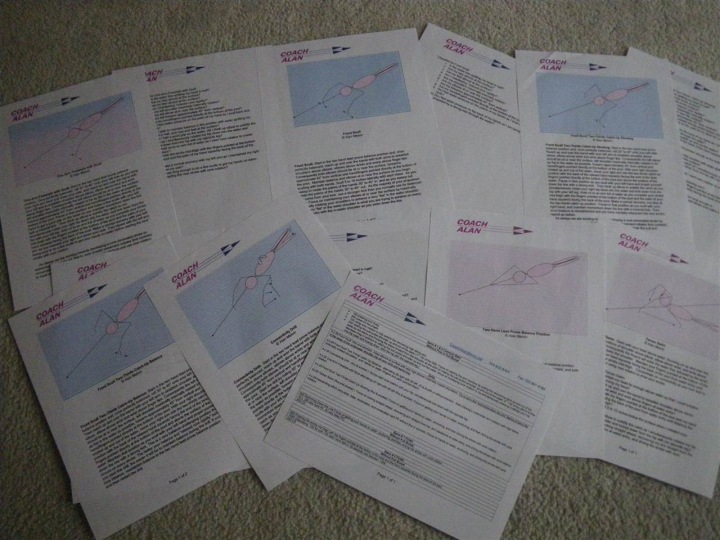 At the pool I think I spent more time trying to decipher everything than actually swimming.  But it’s all good, in the end I’ll go faster.

It was funny, Wednesday morning after eating breakfast I noticed the sun was shining through the windows just in perfect way – illuminating only the trainer.  As if to say ‘Umm..it’s time.’ 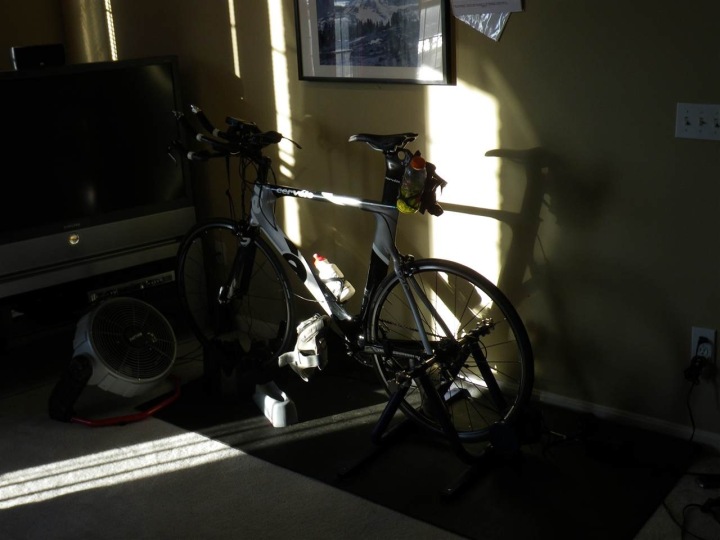 Last night was a bit cold though – low 20’s plus a nasty wind chill.  Apparently it’s colder here than in Africa.  Someone needs to fix that…ASAP!  But since it was a nice easy Z2 run with friends, it went by fairly quickly.

Speaking of running…I sent my Forerunner 305 back on Monday.  It meet an ugly death in Dubai, but Garmin was awesome on the phone Monday.  No arguing or whacky troubleshooting steps, I explained all the steps I had taken thus far and the person (from this continent) happily e-mailed me everything I needed.  She didn’t even have my wait on the phone. 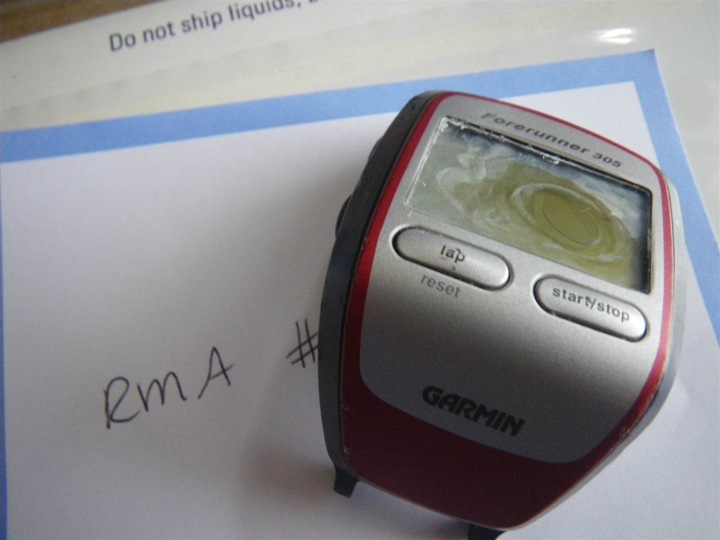 But the one-a-day workout honeymoon had to end sooner or later.  Apparently it was sooner.  I got the schedule last night, showing doubles again starting today.  A continuous (where I don’t stop) 3,000 yard swim and an hour on the trainer was on the menu.  There was also a 500 yard time trail (TT) tossed in there at the end for fun.  I wasn’t too far off my last TT in mid-December though, which wasn’t bad considering how little I’ve swam since then.

And then later today I did my trainer ride.  Wattages are off from what they were a month ago, but that’s also to be expected given I’ve only biked twice in the last 30 days.  But they were up a fair bit from Wednesday, so I’m getting back into the groove.

Of course, taunting the cold last night only resulted in it getting colder this morning.

I actually measure the ‘Damn it’s cold’ factor by how much the river out my window freezes.  I don’t overlook the Potomac, but rather a tributary that feeds into it.  It’s about 50 yards wide, and varies in depth from a foot to 15-20 feet on average.  Anyway…it was sorta frozen yesterday.  But today.  It’s very frozen.  Regrettably I forgot to take a picture and now it’s dark out.

After reading about Sarah’s chili back a week or so ago, I was determined to make some when I returned home.  And given it’s the coldest day this winter thus far, it seemed appropriate.

I was initially going to follow her recipe, but after thinking about it – I’ve got a million cookbooks, so I might as well use one of them for once. 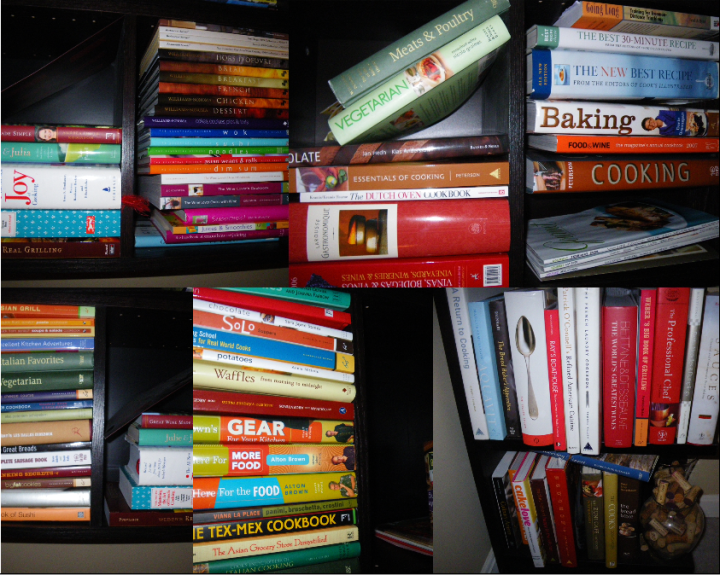 (Just some of the random bookshelves around my house with cookbooks)

Eventually I decided on a recipe from Cook’s Illustrated and laid out all the ingredients. 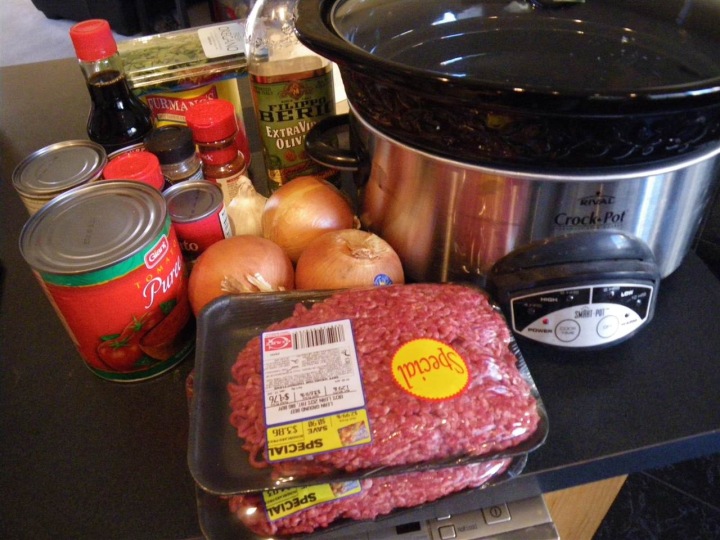 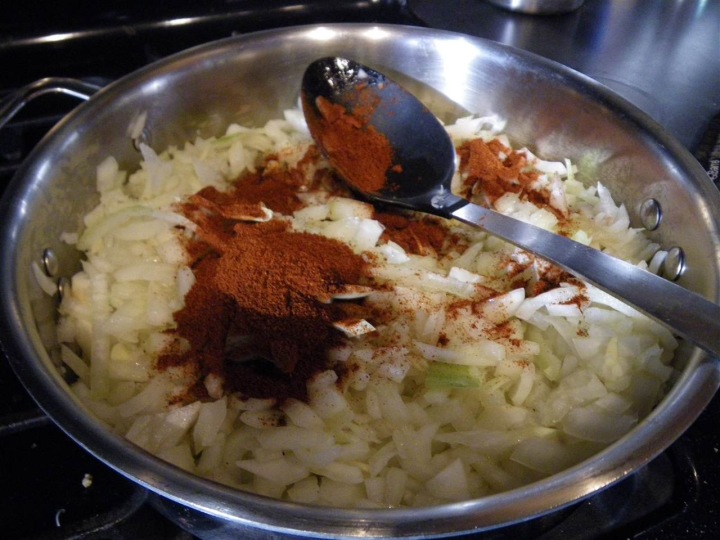 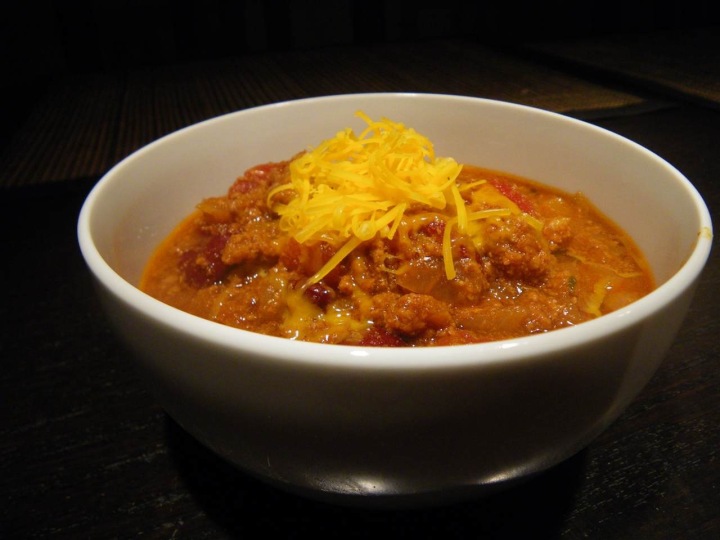 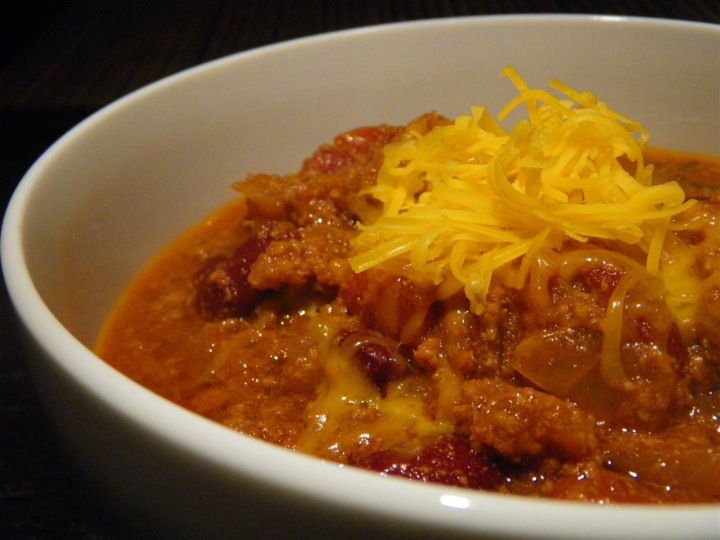 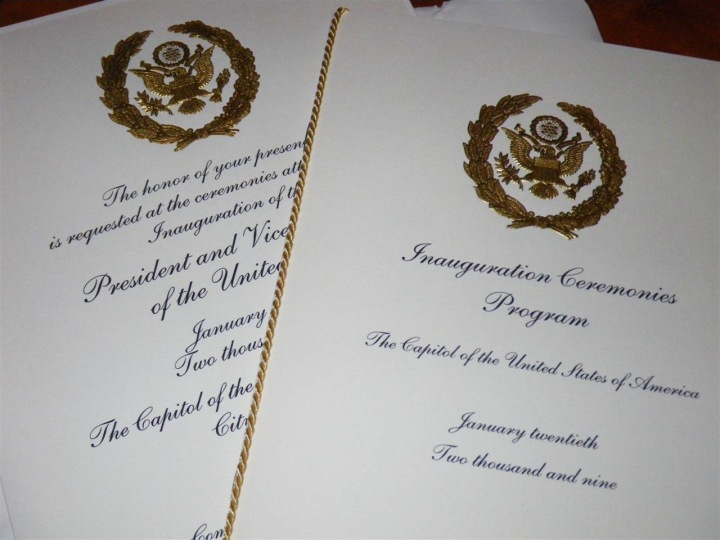 Off to bed, I’ve got a long run tomorrow morning.  The temperature at the start is supposed to be about 5*F.  And that’s not even accounting for windchill.  Yikes!