Within the small circle of friends that I run with on a regular basis we often joke about committing a ‘fail’ – as epitomized on the fail blog via the Failboat. While I personally manage many fails on a daily basis – one of my more recent fails was the laptop on the car thing back a few months ago. When the opportunity came up though for our small group of friends to run together for fun as a team in a local 5K event – we rallied behind the fail boat. 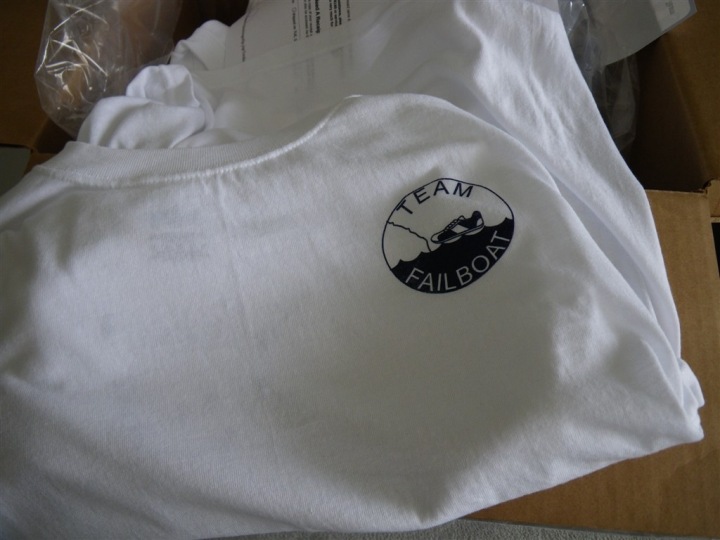 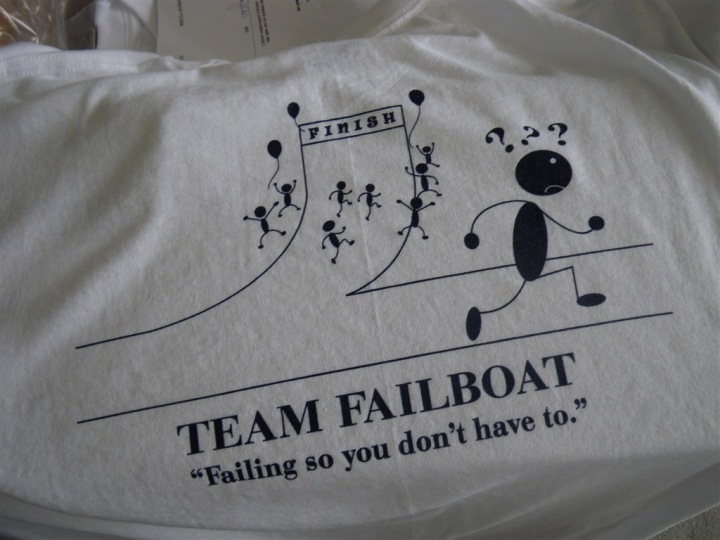 We decided on the name as pictured above and got most everyone registered. Of course, true to our name – some people bailed at the last minute, some moved to Germany, and others forgot to register. In order to really bring collective fail together, we designed t-shirts. Well, someone with more artistic skills than I designed the shirts – and then I worked to get them ‘re-mastered’ in digital form and ordered on Dry-Tech style shirts. 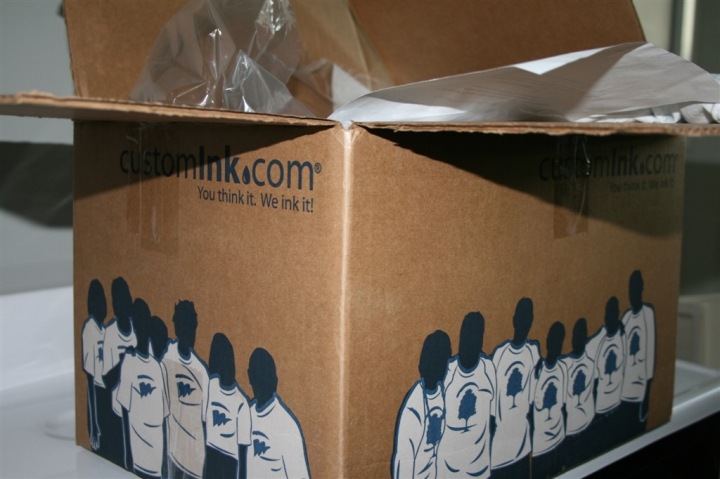 (Side note: I used CustomInk.com for the first time – which it turns out is a local DC place. I was BLOWN AWAY by how quick and friendly they were (a human responded to my e-mails in a matter of minutes!). And the shirts arrived just a few days later ahead of the guaranteed date. I’d HIGHLY recommend them for custom shirts.) 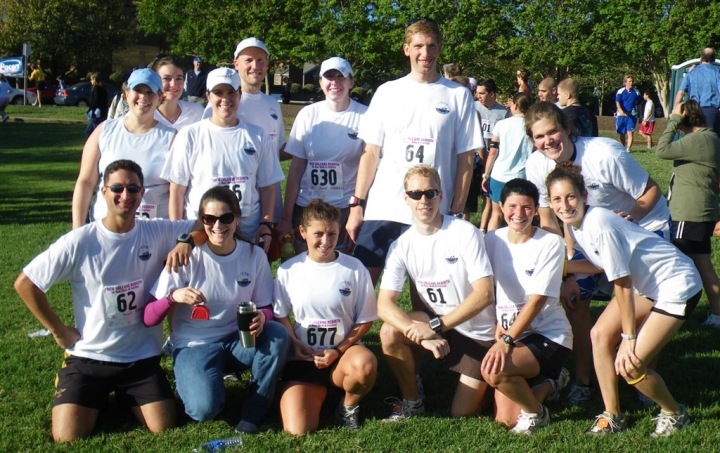 Anyway, come race day all of us were doing a long run beforehand. So this was just a ‘for fun’ thing – and for a good cause too – assisting in the rebuilding efforts from Katrina. We all ran at least 10 miles before hand on a rather hilly course. And some were running up to 20 in total that morning. So no records or PR’s were aimed to be set. 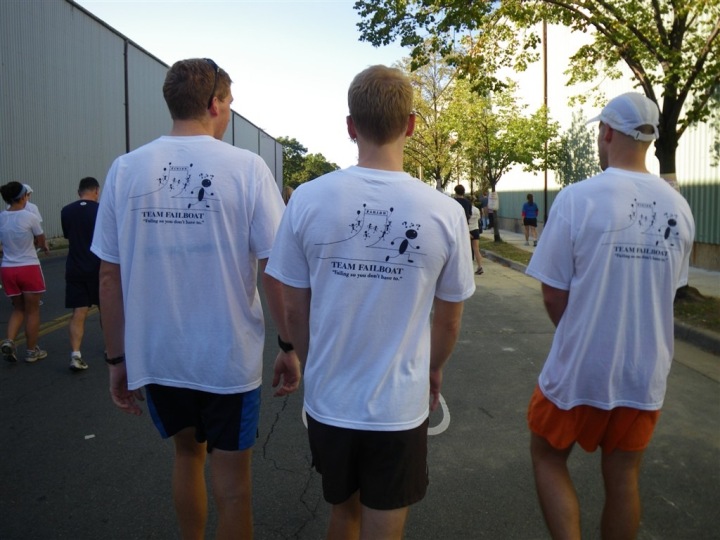 We approached the starting line, with a group of four of us attempting to see if we (in our gimp state) could still hold down the fort and take top team honors (aside from the one ‘Pro’ team). The team standings were chosen based on the four fastest times in the team, one of which must be a female. 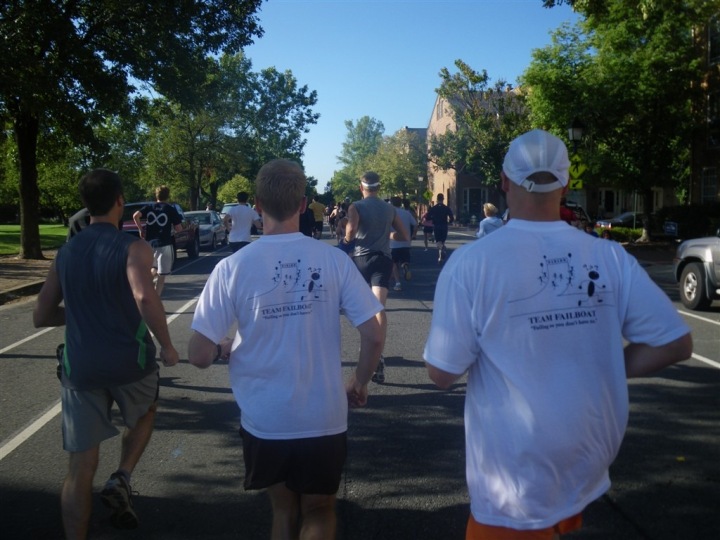 Off we went. I just settled into a nice upper 6 minute/mile pace and then held steady until about the 1 mile marker before slowly descending the pace down into the lower 6’s. I ended up finishing in 20:54, but again – I wasn’t out to race, just simply have fun with a group of folks. 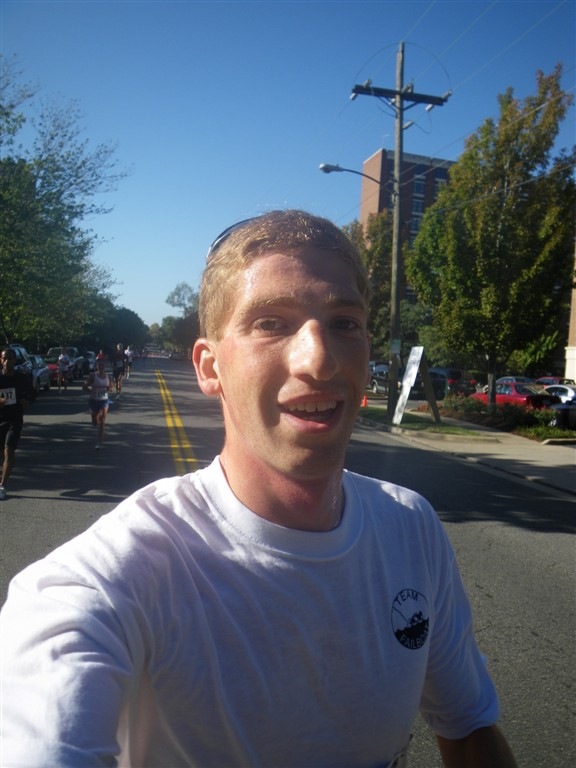 (A photo somewhere around mile 2 I think)

In true Failboat style, we didn’t take the win. We came in second. Had all four of us that led actually ‘raced’ the race instead of casually running it (after a long run), we would have won. Next year… we’re going down! I mean…umm…they’re going down! Yeah – take that ABT ASSOCIATES! 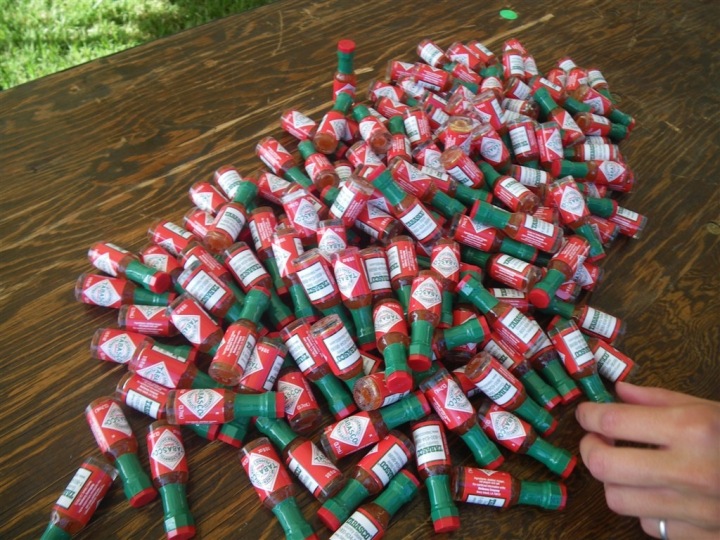