This weekend I decided to lie low a bit.  The last few weekends (ok..more than a few) have been so jam packed that I barely had time to breath.  With the next few weekends returning to the same (race, family in town, 4th of July, race again, etc..), I took the opportunity to really do much of nothing.  I felt bad for the various friends I turned down to do things, but sometimes ya just need time to do nothing.

Saturday: Ran 10K around the mall.  I did see The Lazy Triathlete on my run back to Gravely Park.  Then I took a few hour nap.  Then I swam 3,000 yards.  Following which… I did nothing for the remainder of the day.

Well, actually, I did finally plant my herbs in the pots on my deck.  And I made some more Sorbet from the remainder of the Strawberries. But otherwise, yes – nothing. 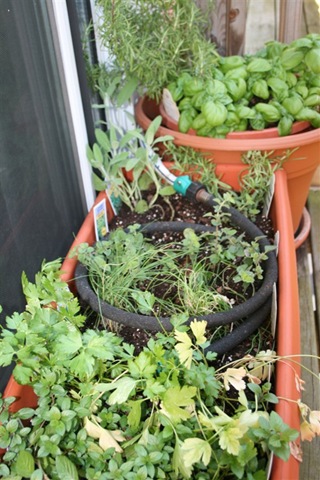 (It looks dinky now, but a few months from now it will look like a small jungle – I promise.  And…my deck is only 36” deep, so…not much room.)

Sunday:  Back up in the mountains again.  I biked a fair distance…84 or so miles.  And then I topped off the tank with a 5K brick run afterwards.   It was my first day with the new race wheels.  I took them up to get used to them and practice descending with them.

I had some issues for the first 24 miles where they felt incredibly unstable.  Dangerously so.  I had listened to Bonzai (my local tri shop) who had said to use a PSI of 120 on them.  I thought that was odd so asked them if they were absolutely sure – and they seemed sure.

Well, after the first descent it was clear that something was amiss.  A quick check of the actual tire (tubular), revealed that it says 170 PSI (why I didn’t look at the tire…or listen to my coach…earlier is beyond me).  At a little rest stop I noticed a SAG vehicle for some other random folks, and asked if I could borrow their pump instead of burning CO2 cartridges.  After going to 170PSI – life was beautiful again.

The winds were a bit rough though along the ridges and edges, keeping most of my descents to only about 30MPH due to stability issues with the strong gusts.  At any rate – here’s the wheels.  I got HED3 Carbon wheels.  I took this photo at the turnaround point at “Skyland” – also the highest point along Skyline drive. 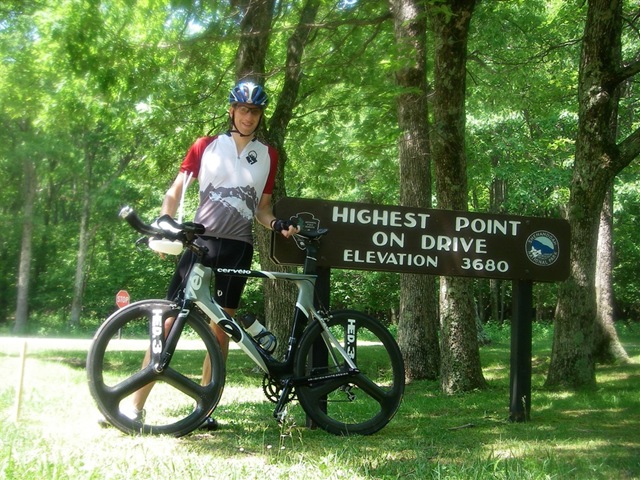 (Yes…I realize that by West Coast standards 3,680’ qualifies as a small ant hill…but…it’s all I’ve got to work with – I make the best of it.)

I did see a deer with a baby deer.  See below for the obligatory fuzzy photo.

Otherwise, it was a nice day up there, just puffy clouds against the blue sky.  If the wind wasn’t there, it would have been perfect. 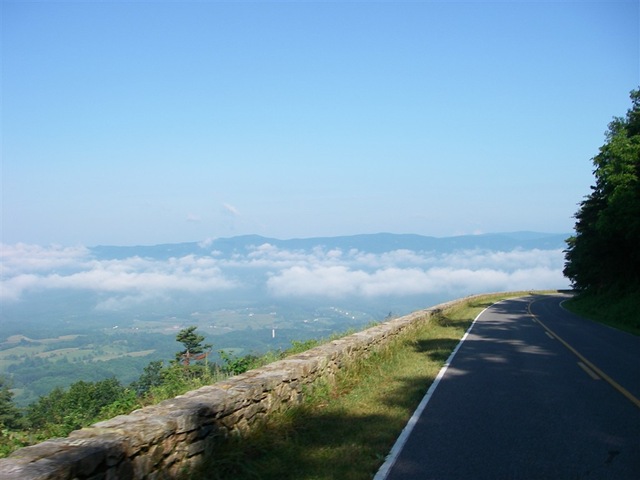 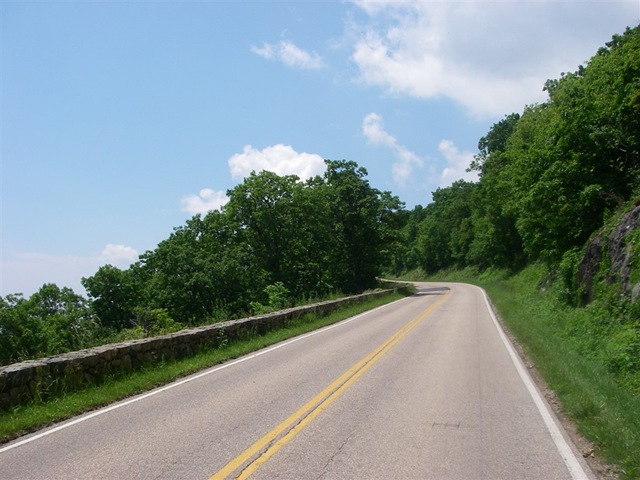 Oh, one last note.  I did actually crash today – first time ever.  More of a tumble really. I was only going 6MPH ascending.  Not sure exactly what happened but next thing I knew I was upside down in the grass with the bike on top of me.  I’m just fine and dandy, and the bike never touched the ground – so it’s all fine too.  I think I just clipped the grasses edge while I was clipping back in after fixing a dropped chain.  Here’s the offending grass spot.  (So yes, that does qualify as a minor fail, at least compared to the past few days) 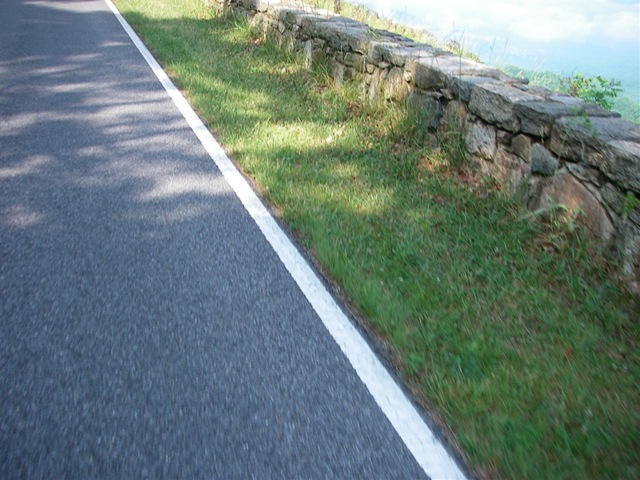 Ok…back to doing nothing for the rest of the night.