I left the house around 2:30 or so this afternoon for a ride with no particular purpose.  I started off by meandering through Old Town and down to the waterfront where I caught the GW trail north toward DC.  I got to Georgetown and noticed signs to the W&OD trail via the Curtis trail.  I’d heard of this little 4 mile connector before, but never taken it.  It was hillier than I expected, starting off with some short climbs out of Roslyn and loosely following route 66.  Given the cool, crisp nature of the day it was sparely populated which made for a nice ride.

After I got back to the Key Bridge I backtracked a bit on the GW trail to get to Arlington Memorial Bridge, which crosses the Potomac connecting Arlington National Cemetery to the Lincoln Memorial (and the rest of DC).  Some quick navigational prowess across a few lanes of traffic, some off-road action (in a road bike) and through some trees and I was up on the bridge.  I think there’s a more logical way to get up on it…but I was feeling adventuresome. 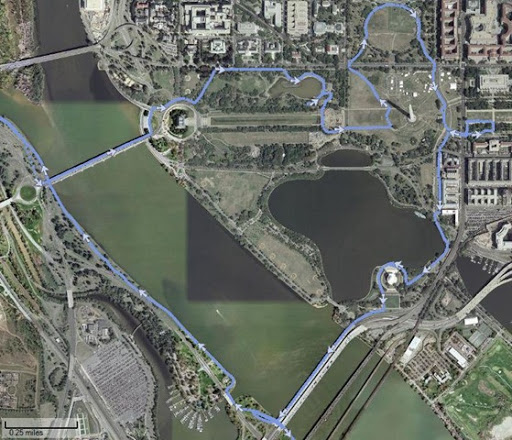 From this point on the ride was just going to be a casual sightseeing tour of the major monuments.  I started off with Lincoln, then headed past the Vietnam wall over to some of the ponds off to the side of the reflecting pool.  It was there that I took this shot of the Washington Monument. 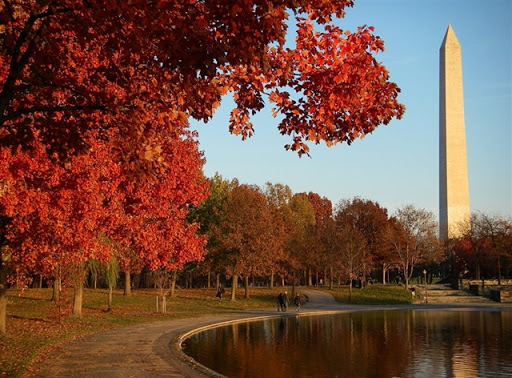 I then headed a short distance away to the World War II memorial.  This is a pretty neat area and it turned out really well (it only opened a couple of years ago).  It’s situated at the end of the reflecting pool, in line with both the Washington Monument and Lincoln.  The sun was starting to set now, so the photos are a little darker.  Here’s Lincoln and the reflecting pool as seen from the WWII memorial. 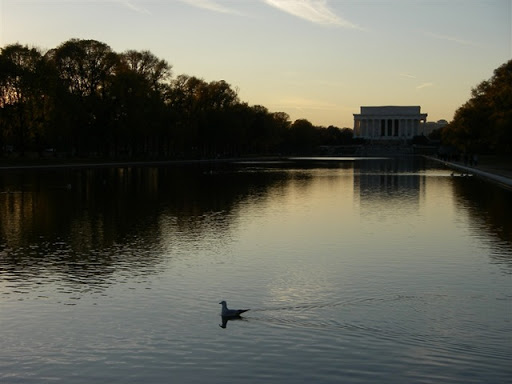 I headed across the street and did a semi-circle around the Washington Monument before noticing the White House Christmas tree, so I changed course and went over to check it out.  It’s more impressive at night when the lights are on, but I was starting to get cold and didn’t want to wait another hour.  One of the problems with stopping and taking pictures is the cold quickly catches really quick. 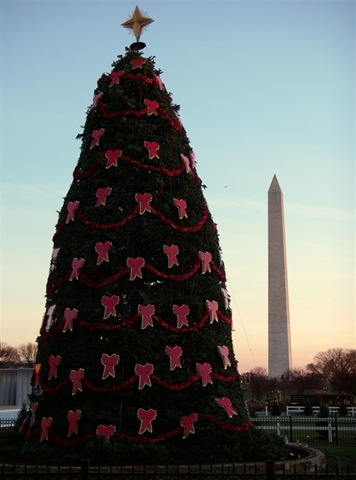 From here I made a beeline for the mall and started down towards the Capitol.  A short ways down the mall I came across a gazillion little flags in the ground.  There wasn’t any information as to why they were there, and nobody seemed to know.  Some Googling turned up the reason.  It did make a nice photo though. 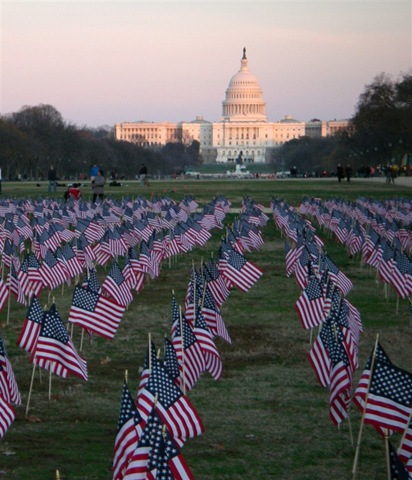 From there I started heading back out of the city, via my favorite monument/memorial, the Jefferson Memorial.  Unlike many of the other memorials/monuments, this one seems more inviting with it’s curved lines and rounded surfaces.  I stopped on a little bridge overlooking the tidal basin to take this.  It was getting dark fairly quick at this point, but it still made a bit of a nice sunset photo. 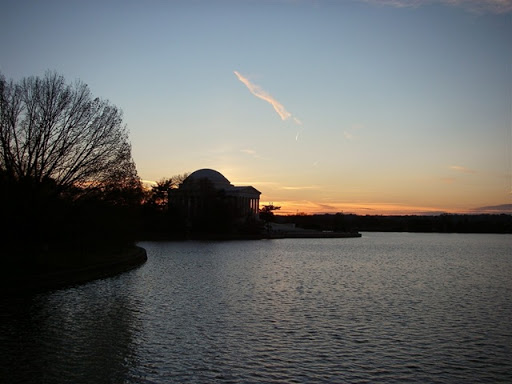 As I got to the front of Jefferson I decided to try and get a photo of myself biking in front of it.  Easier said than done given there wasn’t anywhere to really place the camera.  I found a stone near some fencing and put it on video mode, from there I captured this sorta blurry shot. 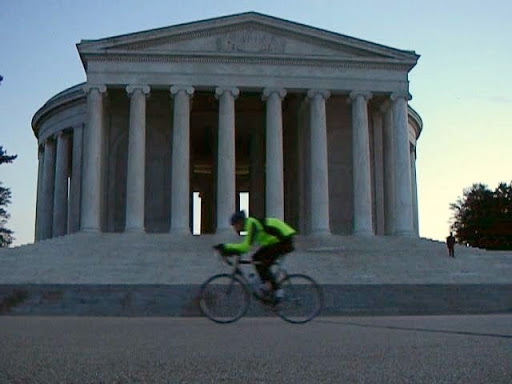 By the time I got back home it was fully dark out, and I rolled the odometer a total of about 35 or so miles.  Not bad for a casual ride with no general purpose.